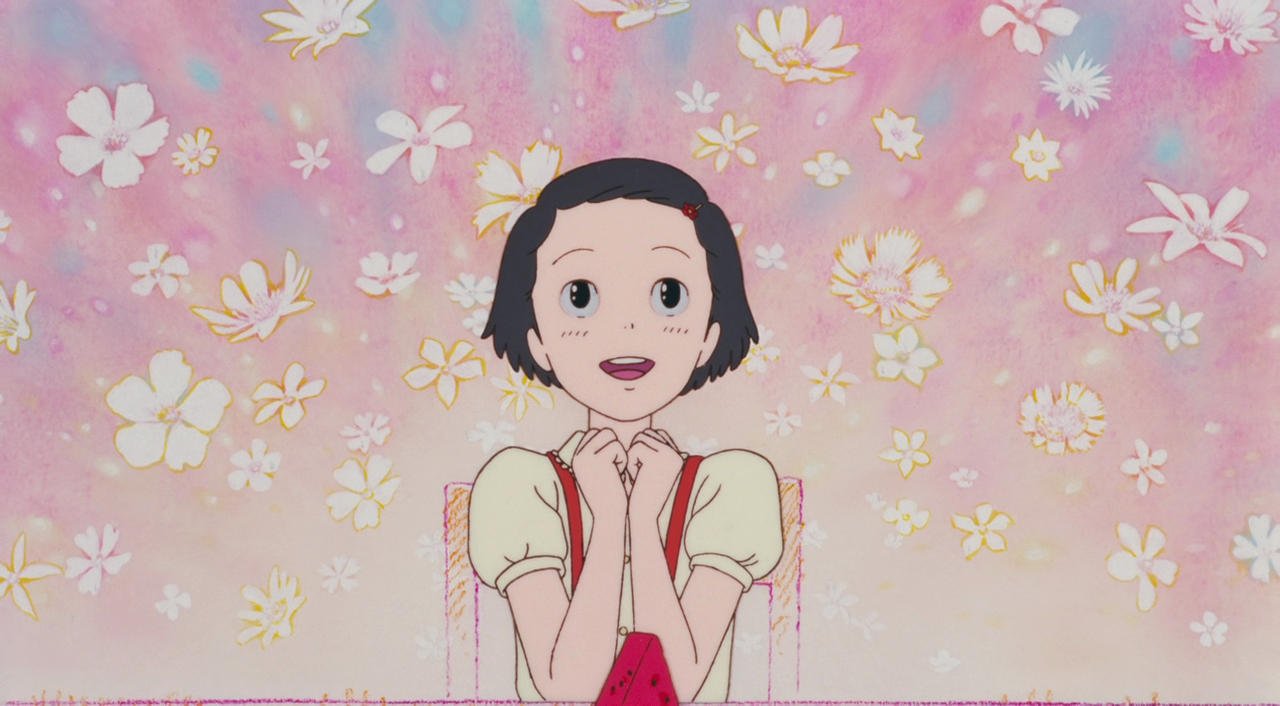 Isao Takahata has the unfortunate privilege of being a friend and collaborator to Hayao Miyazaki. Miyazaki has garnered worldwide acclaim for his high-flying adventure films and somber environmental parables, which elevated Studio Ghibli to a near-household name, but even Takahata’s most famous film, Grave of the Fireflies, is sometimes misattributed to Miyazaki in fan discussions. That’s all the more ironic, since Takahata’s films are nothing like Miyazaki’s; the former is a student of French literature and Italian neorealist film, more interested in shining a light on odd realities of everyday life than animating the impossible, as Miyazaki does. Few films in Takahata’s career illustrate all this better than Only Yesterday, which is currently playing in select North American theaters. 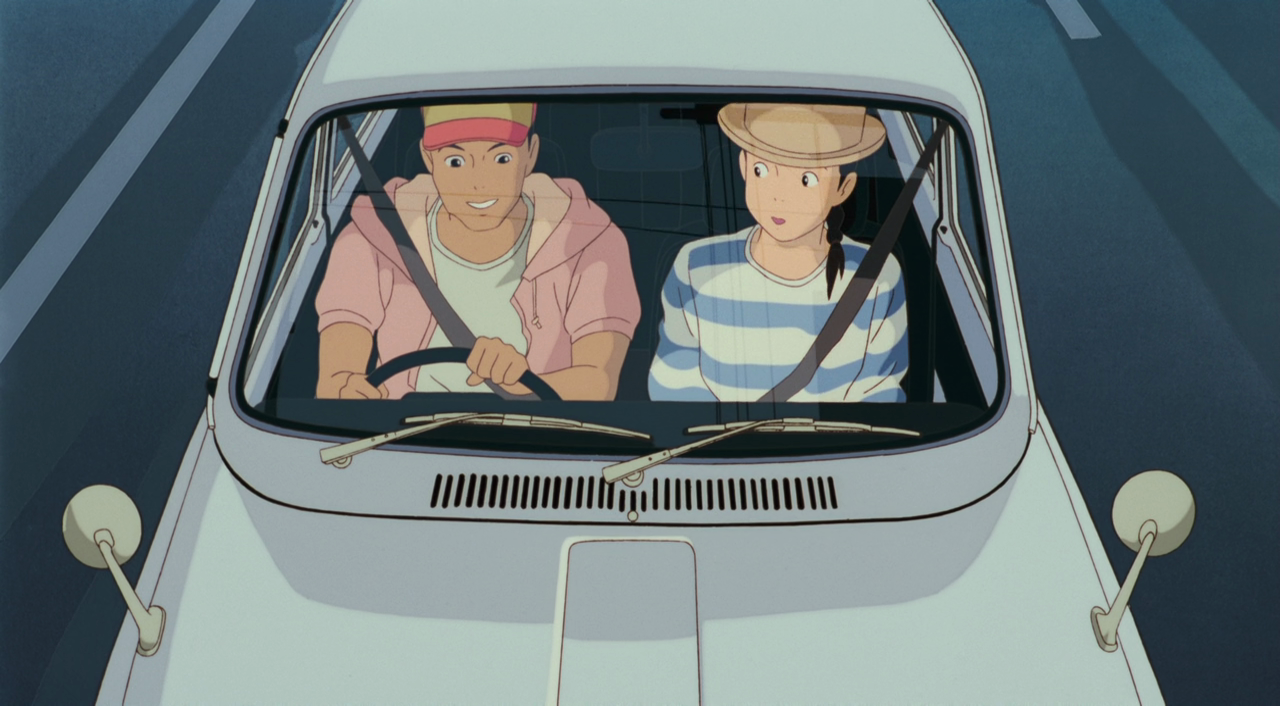 It’s a testament to the sublime experience of Only Yesterday that a synopsis of the film so utterly fails to do it justice. 27-year-old Taeko takes a break from her pleasant but unremarkable office job in Tokyo to take a trip to the countryside. She intends to work on a farm, picking safflowers with her sister’s in-laws in an odd kind of "work-vacation.” As she interacts with the locals and befriends a genial young organic farmer named Toshio, she finds herself reminiscing about her life as a ten-year-old in 1966. 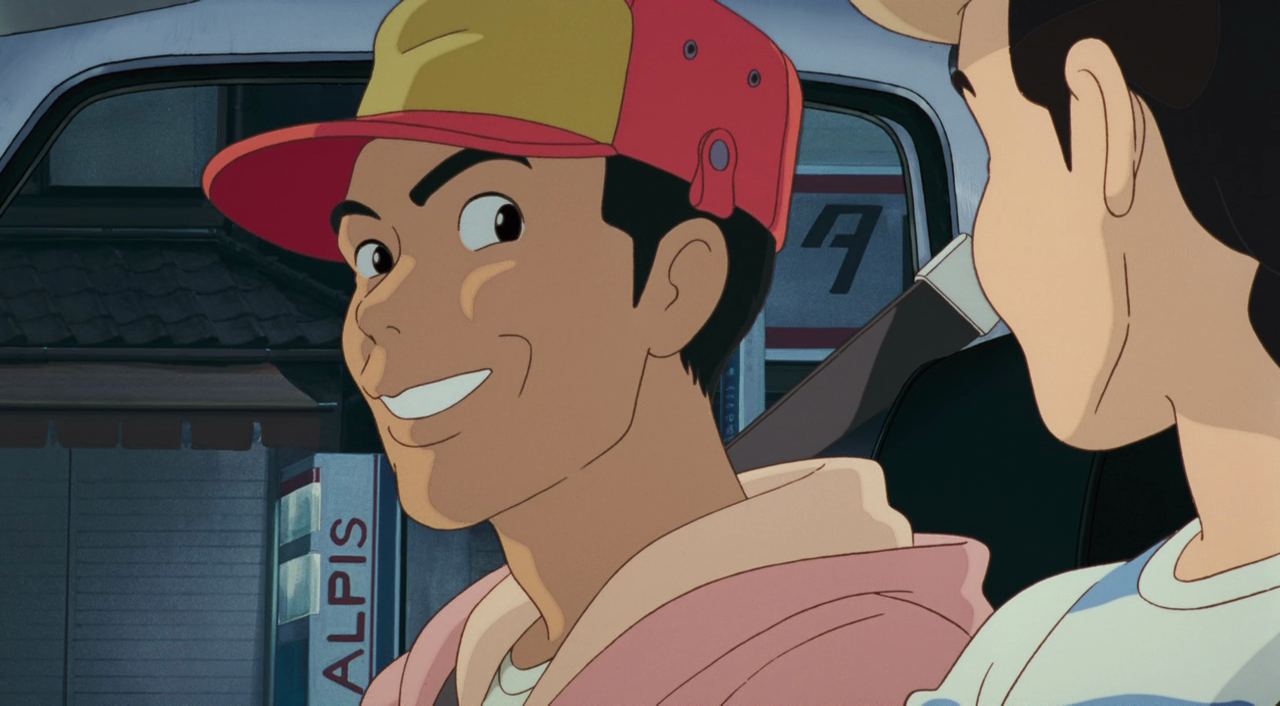 Beyond that, very little actually happens in Only Yesterday, but that’s kind of the point. The film renders ordinary life in exacting detail, every little memory recreated with charming, sometimes uncomfortable clarity. The scenes in the past, which are adapted from the original manga source material, Omoide Poro Poro by Hotaru Okamoto and Yuko Tone, appear in washed-out colors and backgrounds that fade into white at the edges. Takahata invented the entire frame narrative of the present-day story, which is dense and detailed by comparison. Throughout, the character animation and voice acting emphasize realistic gestures, expressions, and speech patterns, resulting in what I believe to be the most lifelike dialogue in the history of anime. The English version, produced by GKids, loses some of the realism of the original. This is partially because of Toshio’s bizarre English accent (he’s played by Dev Patel), but the portrayal, thankfully, retains the characters’ awkward, halting speech patterns and filler words. 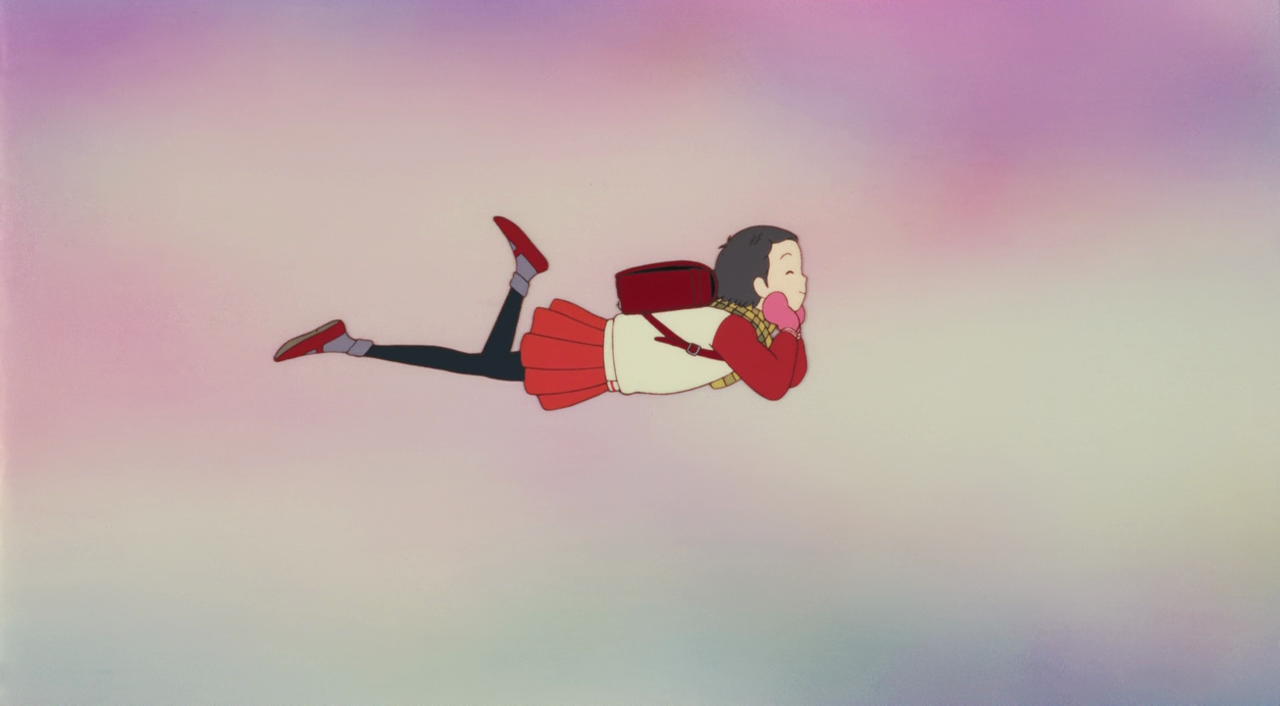 But Takahata, despite his points of contrast with Miyazaki, is not without a penchant for the fantastic. Only Yesterday mixes its precise realism with understated surreal accents — most notably the occasional appearance of Taeko’s fifth grade classmates in the modern day, which is used as a device to illustrate their presence in her thoughts. The scenes in the past fully embrace this surrealism. After talking to her first crush, Taeko runs down the street and levitates, literally walking on air. When she faces a chance at being a child actress, her face morphs into that of a shojo manga heroine, sparkly saucer eyes and all. Takahata is playful but never excessive. He makes judicious use of surrealism to emphasize the innocence of youth and fallibility of memory while contrasting it with the pleasant, somewhat melancholy reality of Taeko’s adult life. 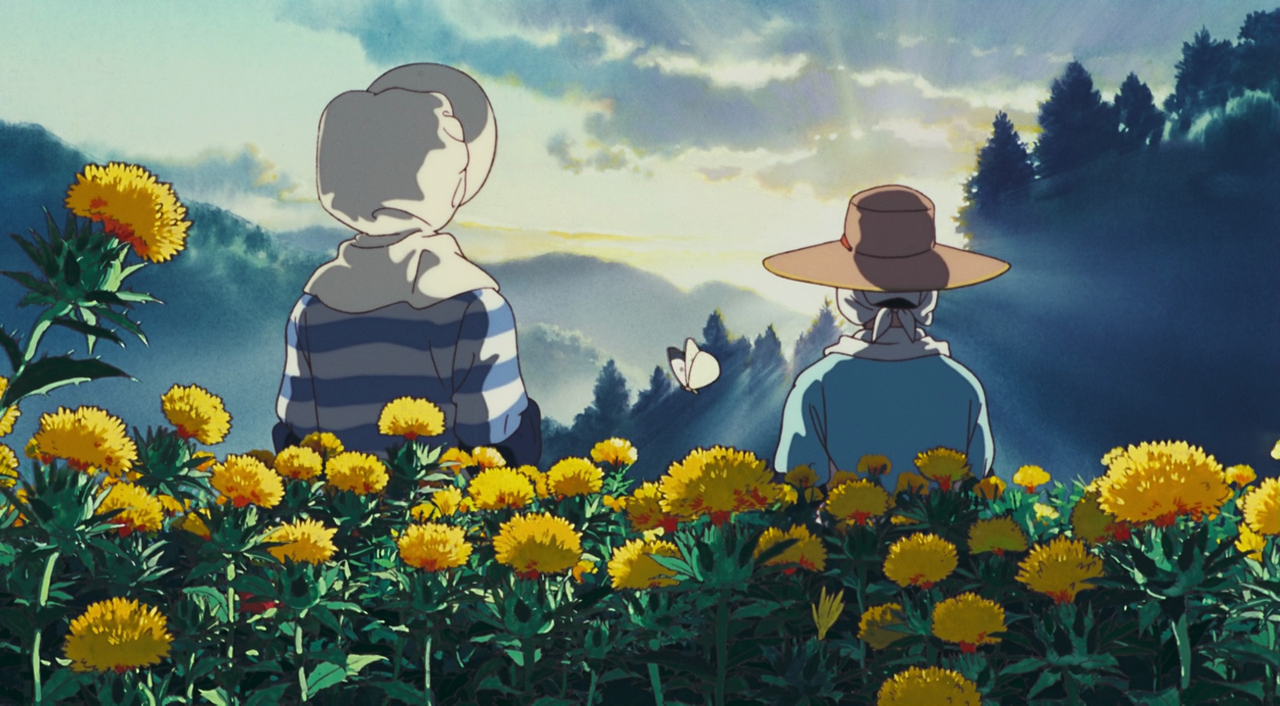 Only Yesterday is simultaneously about the lives of poor Japanese farmers and the life of a single Tokyo woman.

Arguably, what makes Only Yesterday more than just a nice slice of life story is how, despite its meandering story, every single piece ties together. Taeko's safflower-picking vacation exposes her to the harsh socio-economic realities of farmers, which gives Takahata a frame in which to discuss his favorite topic: the plight of the poor and working class. In a conversation early in the film, Toshio and Taeko discuss the irony of safflower: though farm-girls picked the flowers, staining their hands red, their poor families would never be able to afford the rouge made from those same flowers. There are lots of metaphors about Taeko’s life built into the commentary about poor farmers, but Only Yesterday is not just about heady metaphors — it’s a film that is simultaneously about the lives of poor Japanese farmers and the life of a single Tokyo woman. The true genius is that every element, from the safflowers themselves to a farm girl begging her mom for Puma shoes, is commenting on both of these subjects. The final scene, which I wrote about for a Snapshot post, brings all of this to a head with such beautiful, wordless resonance that I cry when I even think about it.

Only Yesterday is one of anime’s greatest triumphs: a story that connected with an unexpected adult audience when it played in Japan in 1991 and will surely still resonate with new fans in the West in 2016. Japanese animation may have an unhealthy obsession with genre and exploitation, with giant robots and high school girls and shirtless boys, but films like Only Yesterday remind us that there are lots of painfully ordinary, human stories that only animation can give us. 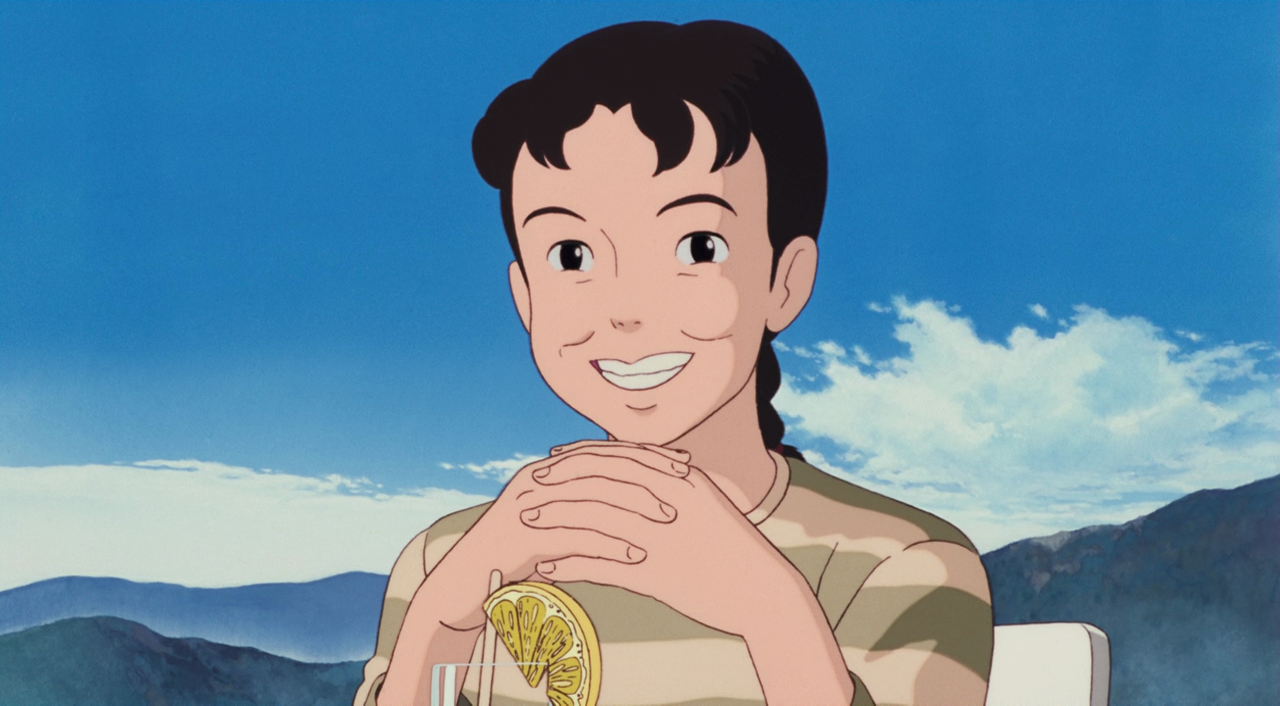 Only Yesterday is showing at select theaters in North America. Check showtimes on the official website.

This review is based on a dubbed theatrical showing (and an earlier fansubbed version I watched before it was licensed).