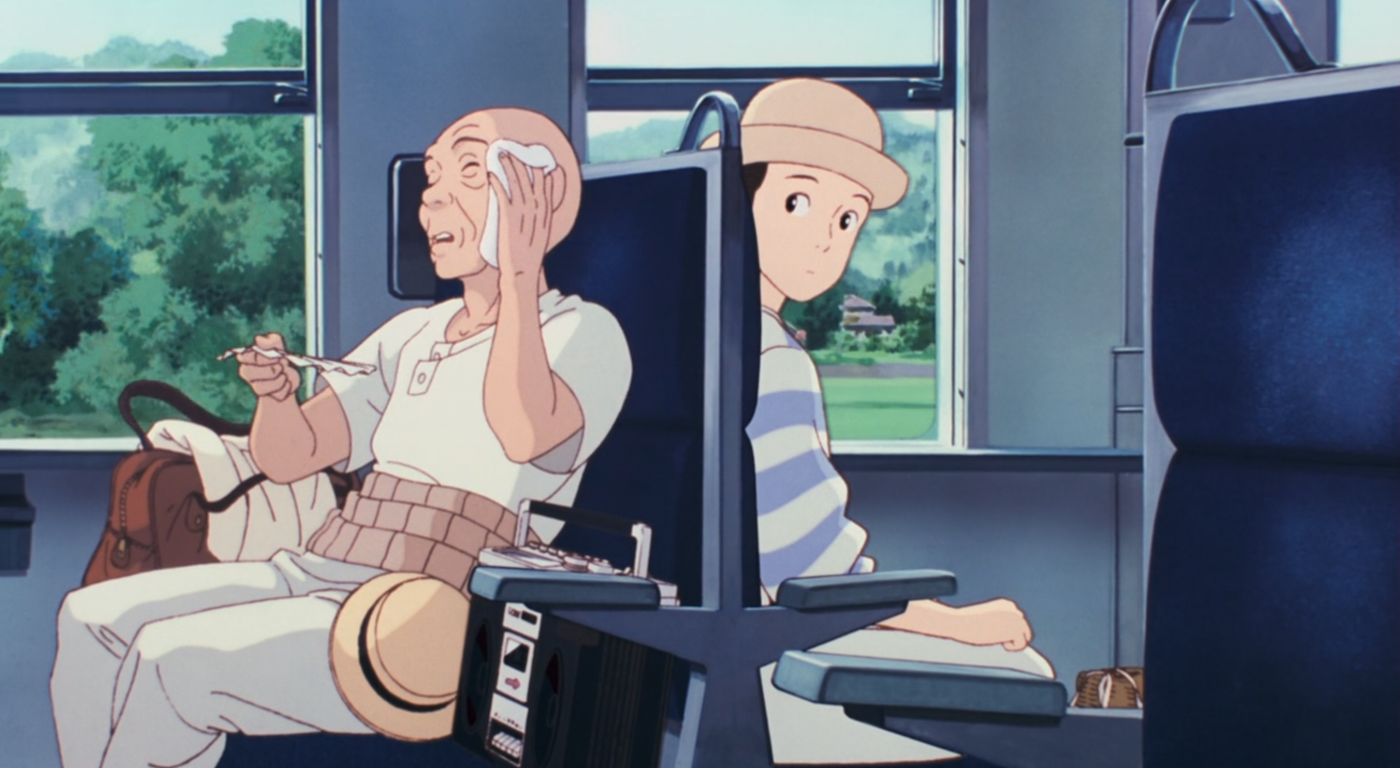 I’ve already written a Snapshot about Only Yesterday, but this phenomenal Studio Ghibli movie is in US theaters for the first time ever. And seeing as I just saw it, it's been on my mind. For all its meandering, slice-of-life minutiae, Only Yesterday’s ending is such an emotional punch in the gut that I consider it one of those endings — one of those that only insufferable jerks spoil (without warning) for their friends. I’m about to spoil it. Consider yourself warned, friend.

Throughout the entire film, adult Taeko cheerfully explores a rural community. During her stay, she learns the wonders of organic farming and the joys of a simple life and thinks back on her own childhood. She’s all ready to go back to Tokyo when someone casually suggests that she and her new farmer friend Toshio get married. “Well duh,” we (the audience) say, "She’s a nice girl. He’s a nice guy. They’re in a movie. Of course they’re gonna get married.” But even after a tender, introspective moment in a car in the rain, even after Taeko obliviously thinks to herself, “What is this feeling,” all we get is a smash cut to the train station as Taeko speeds away toward Tokyo. The romantic genre expectations melt away in the face of cold reality. Taeko’s just not up for that kind of commitment. 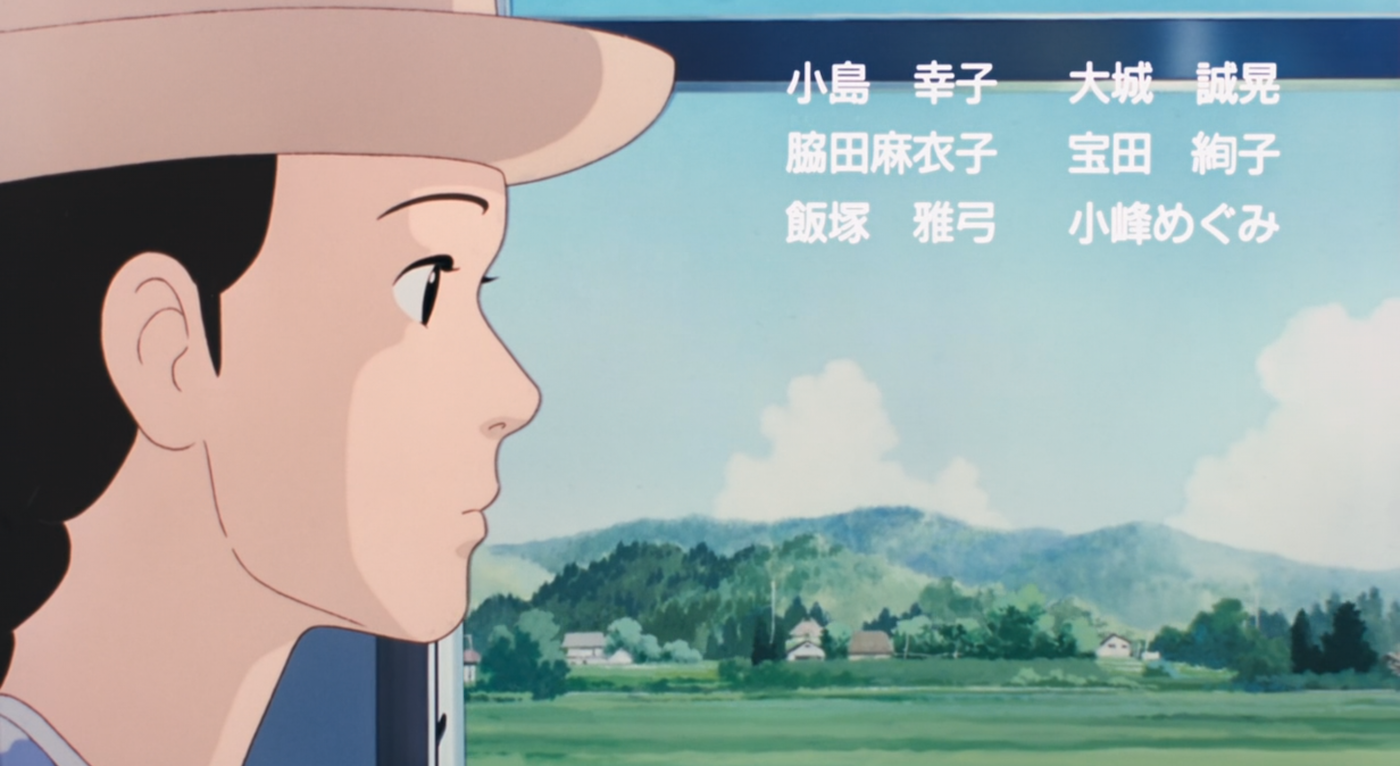 Director Isao Takahata then does what Satoshi Kon used to call, “being mean in order to be kind.” He plays a little trick on the audience. The first few notes of a song start playing on an old man’s radio on the train, and then the credits roll. Based on our expectations of how films work, the movie is over. This is the denouement, in which the characters have a chance to fade off into our memories while we pack up our things and leave the theater. 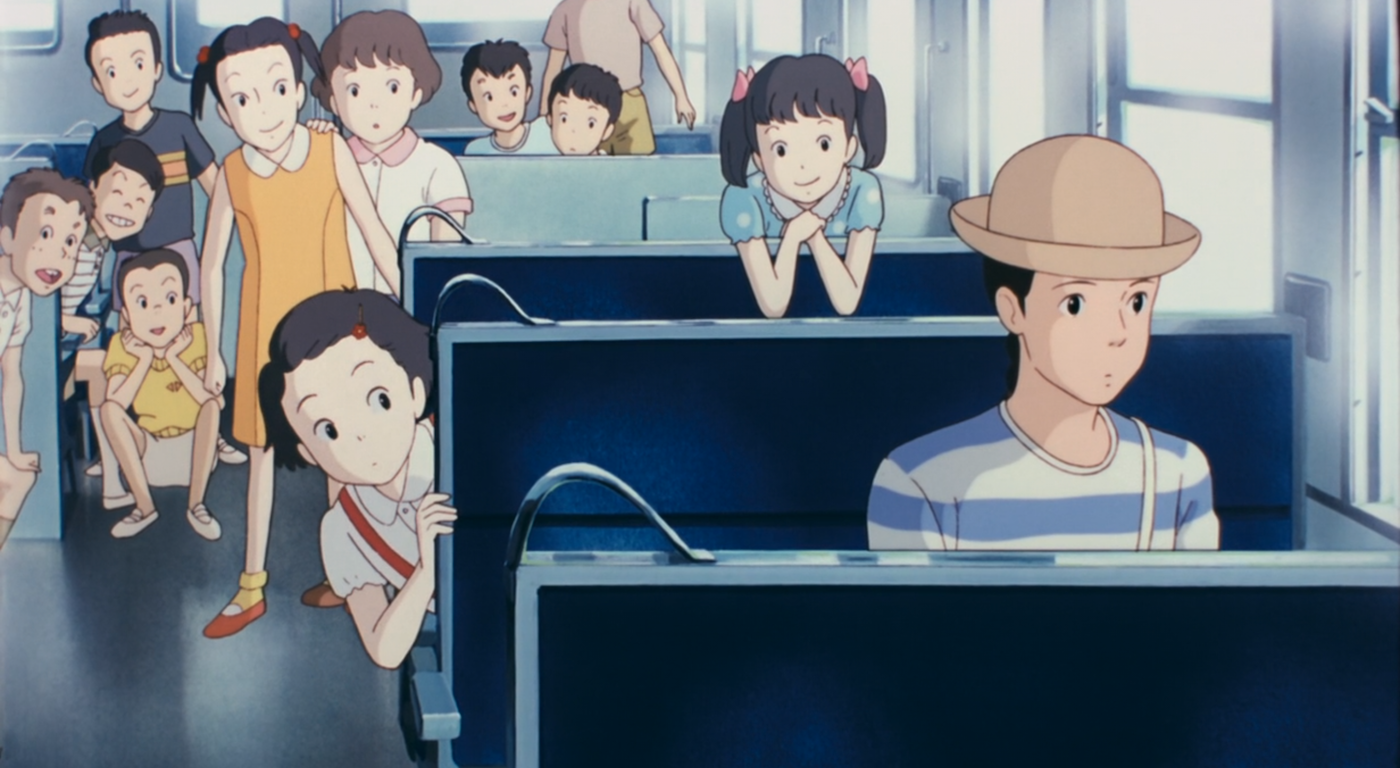 But Only Yesterday isn’t over yet. In fact, the key moment of the film occurs after the credits roll — a move almost certainly intended to remind us that real life doesn’t work like a movie script. While the singer opines about how love drowns like a river and cuts like a razor, Taeko’s fifth grade classmates appear out of the seats of the train. (This is a trick Takahata has employed throughout the film — a visual metaphor indicating Taeko’s flood of childhood memories.) The children watch her intently, waiting for something. As the song, a Japanese translation of Amanda McBroom’s “The Rose,” declares, “I say love, it is a flower, and you its only seed,” Taeko stands up and makes her decision. 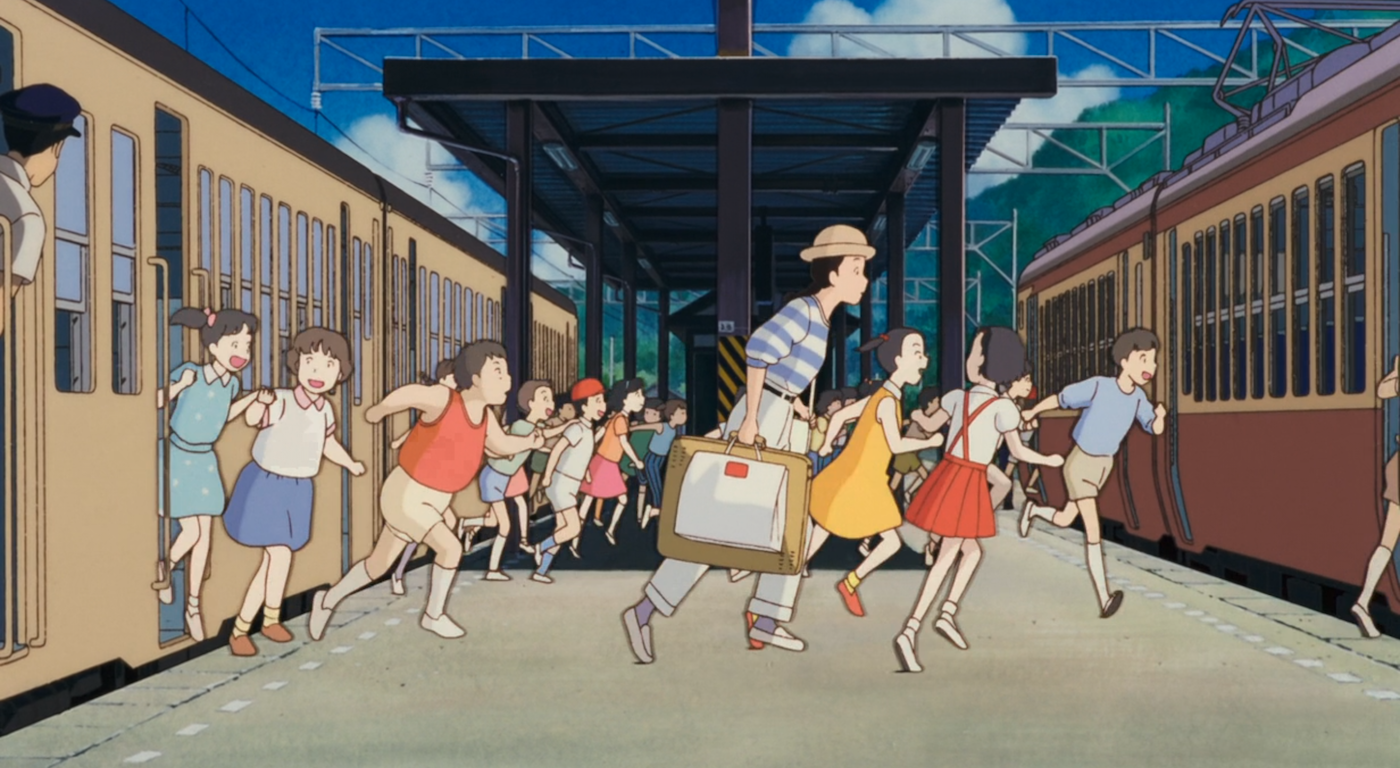 The rest is an inevitable, joyful march towards what we all know is coming. Taeko gets off at the next stop and takes a train going back (an apt metaphor for her abrupt emotional shift); her classmates rush to follow her. The song reiterates the themes of the film, declaring that it’s “the heart afraid of breaking that never learns to dance.”

As Toshio runs toward Taeko, an imaginary kid jumps in his way, tripping Toshio to set up the classic romantic stumble into her arms. This reinforces the idea that it is Taeko’s childhood memories, and her own introspection on the way they affect her adult life, that have brought her to this moment. The wooden ai ai gasa that the kids raise above Taeko and Toshio provides closure to previously unfulfilled romance from Taeko’s childhood — a sequence that also features a then-unremarkable ai ai gasa drawn by the classmate who has a crush on her. 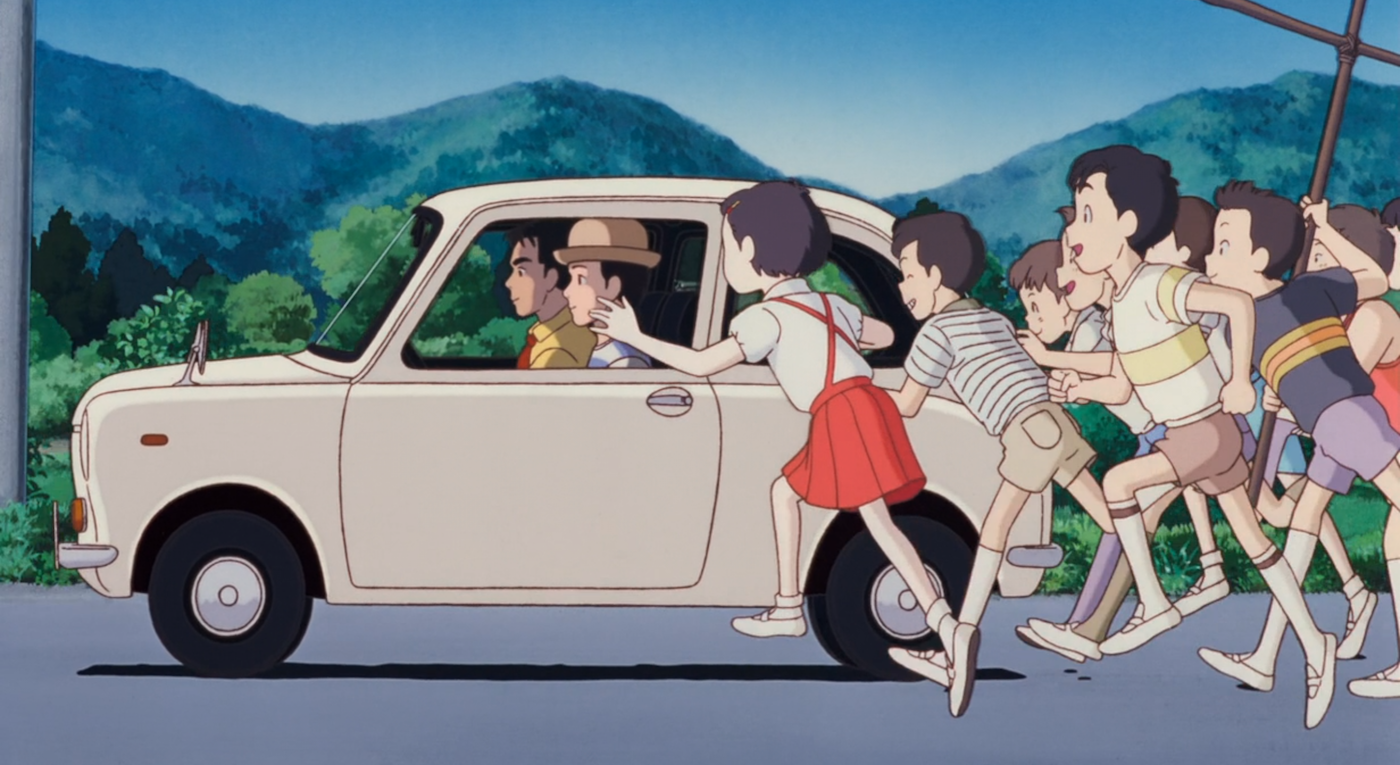 Finally, as Taeko and Toshio run off together, the kids stand in the road and watch them go. This is more than just a satisfying moment of reflection. Taeko is leaving them behind — moving ahead with her life and finding new purpose. This, it turns out, is what Only Yesterday is all about. The question Taeko asks herself, “Why did my fifth-grade self come along with me on this trip,” is answered in this final shot. She came along to push Taeko to take a risk and strive for the happiness she deserves. Only Yesterday’s ending is, ironically, not an ending at all.

Only Yesterday is now playing at select theaters.