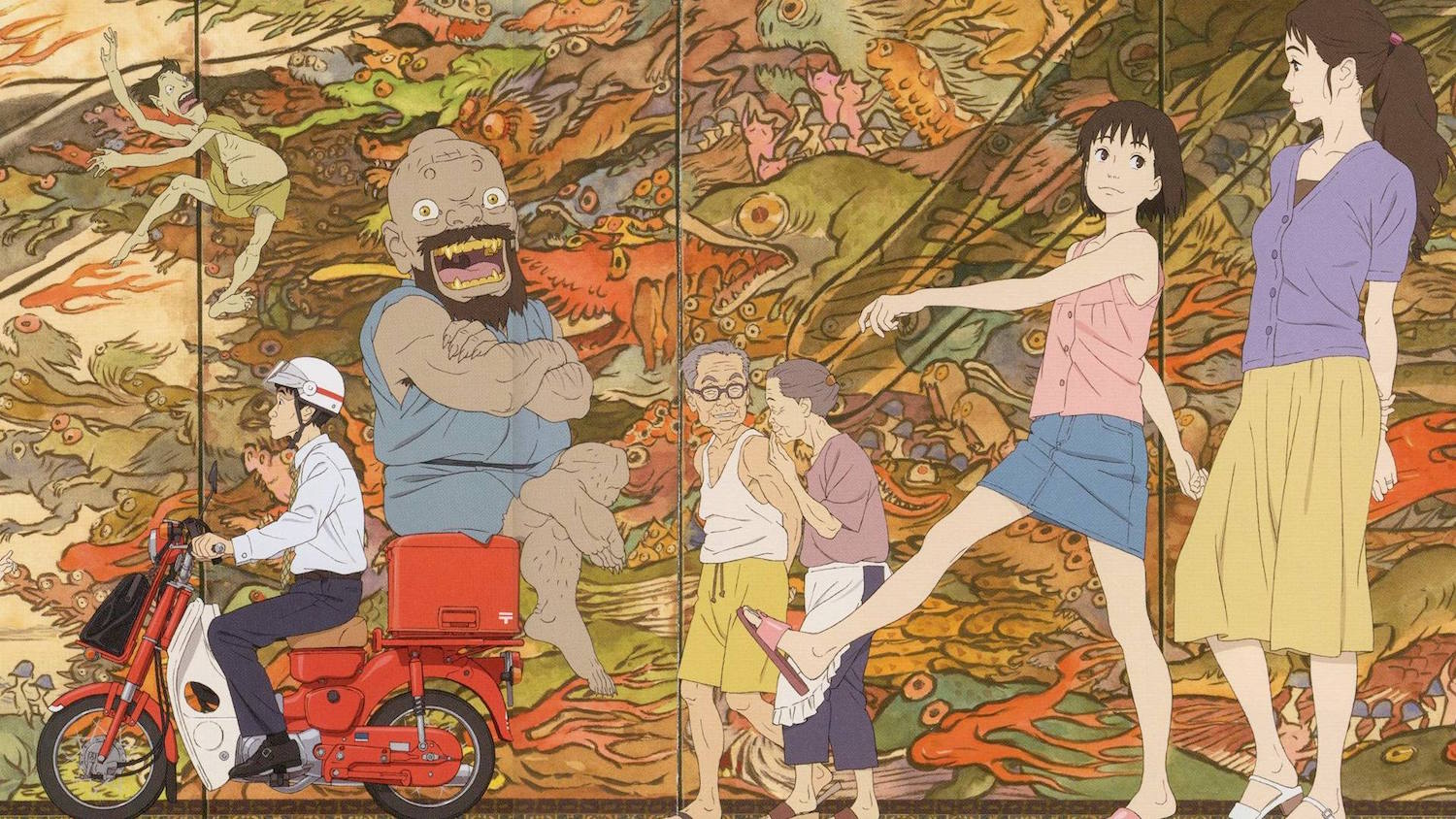 This has been one of the truths of anime since it first appeared on US shores back in the ‘60s. For all the care that some Japanese studios put into casting their anime series, all it takes is a split-second decision by a licensor to completely eradicate the vocal component of the work or, worse yet, completely transform its meaning in the name of “making sense” to foreign audiences. This is not a universal statement, but when you come across a dub mangled in the translation process, you become acutely aware of the failings of the licensor and (potentially) the face-palming creator.

Now I’m not going to write about how much they messed with ‘70s and ‘80s shows like Gatchaman or GoLion. Far better critics have complained about the bad dubs and editing jobs of those series. Nor am I really going to focus on some of the legendary dubs from the ‘90s, like Sailor Moon or Dragonball Z — shows on which I cut my own anime teeth. Call it romantic idealism, but I will always have some kind of attachment to the shows that formed the core of my anime experience back then in spite of those same series having some terribly miscast voices and dialogue changes that completely alter the point of the characters, bad matching, stupid one-line attempts at humor, and overzealous “American” localization.

Rather, I want to spend some time writing about dubs done right. “Dubs done right? What are you saying? There are good dubs?” Yes, mysterious voice in my head, I am actually speaking of good dubs. While that may sound strange coming from someone who has spent as much time among bad anime dubs as I have, my experiences have not left my fandom identity so staunch that I won’t acknowledge the good. After all, some companies have spent a good deal of both time and money making sure the works they localize do not fall into the same traps as the cheaply done products from the ‘70s–’90s.

The best dub of any anime I’ve ever heard was the Japanese dub of Only Yesterday.

While this piece is supposed to be about English dubs, I wanted to start by establishing a benchmark; the best dub of any anime I’ve ever heard was the Japanese dub of Only Yesterday. Studio Ghibli hit a home run with that one. It’s absolutely perfect. And while it would be obvious to say anime should have a good dub in its native tongue, there’s a difference between a native dub and a good dub. Plenty of anime have competent, well-cast vocal tracks. Plenty of American shows have the same, but we’ve all heard badly dubbed American shows as well. There’s Pryde of the X-Men, with “Aussie” Wolverine and a Nightcrawler that sounds constipated. The Batman, a solid animated foray into animated Batman although one not quite on par with what came before mostly due to the awkward fit of the title character’s voice. There’s also the ‘00s reboot of He-Man, or you can pick any of the 1980s shows that were thrown together on the fly — English show, English cast, but voices that just didn’t quite speak to the audience. 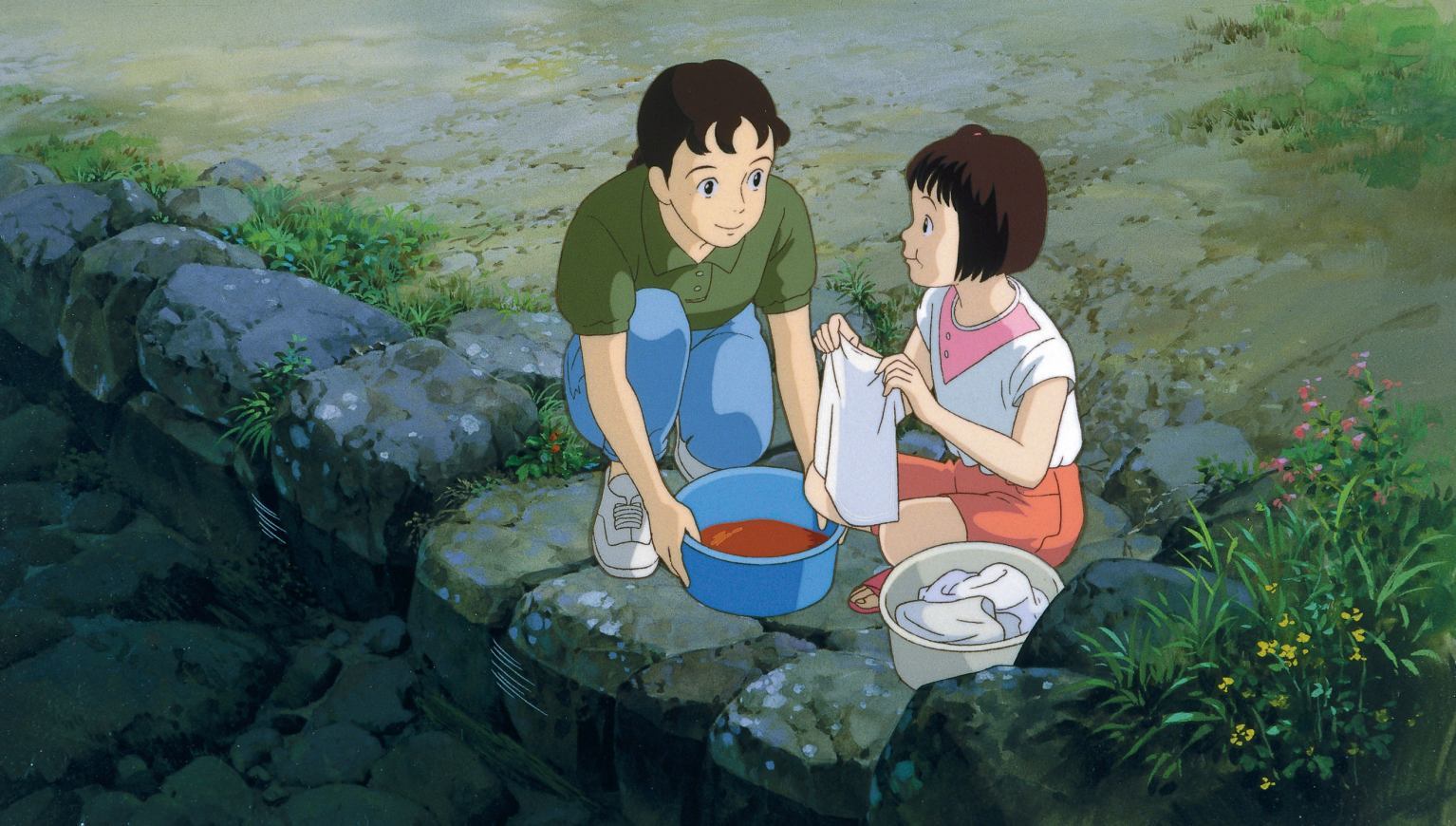 What sets a vocal track like Only Yesterday’s apart is the emotion and inflection brought across by the actors. Little vocal ticks, like throat clearing, lip smacking, a stutter, or lost words are all organic components that help portray the characters as living, breathing parts of the story. They make the characters HUMAN. The dub for Only Yesterday has all these things and, by implementing them, demonstrates the extent to which Ghibli devoted time to making sure the actors were perfect in their roles. I keep going back to this dub as the high point for voice acting anywhere, because it blurs the line between voice work and acting and the cast hits it out of the park.

While it might be tempting to say that there is no way for an English voice track to compare to the Japanese under those standards, I disagree. There are solid English dubs out there — ones that manage to capture the essence of the series and focus on what makes the characters special. Are these dubs perfect? No, but they do implement the same “flaws” (vocal ticks) that made Only Yesterday such a wonderful film instead of imposing a meticulous, perfect, and ultimately sanitary dialog track. Words infused with emotion and reality make characters believable, which in turn evokes a more vested viewing experience. The pinnacle of U.S. dubs, for this fan, is Beck: Mongolian Chop Squad. 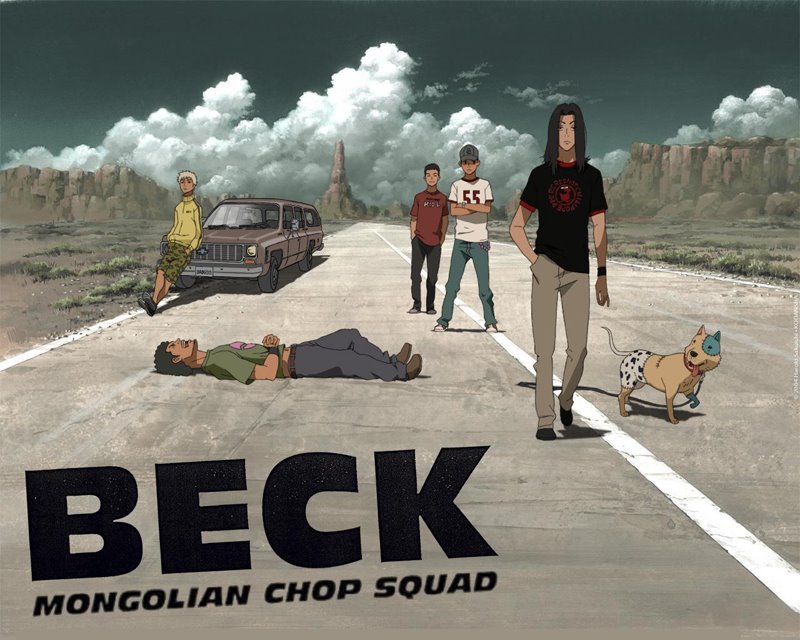 While I’ve heard people dismiss this series as yet another “FUNimation standard” series, referring to the company’s use of the same voice actors who use their same voices and the same localization style, I feel that this dismissal is unfounded. Beck, specifically for all its “flaws,” is a fabulous example of an “imperfect dub” being applied to imperfect characters. The entire point of the series is to feel as Koyuki feels, to understand Chiba’s anger, or identify with Ryusuke’s frustrations. The series is about music and failing to find success when the chips are stacked against you, and the dub succeeds admirably. Chiba comes across gravelly and angry, rapping and screaming in alternate scenes; Koyuki’s voice breaks, full of insecurity and innocence; and Ryusuke sounds resolved to a fate he didn’t envision, a victim of circumstance. While one can definitely place the series in its North American release date and easily identify the cast by their naked voices, Beck is a human dub. It feels real. And despite being dubbed out of Japanese, the characters don’t come across as “fish out of water.”

Too often, the intricacies of Japanese life are either ignored or changed into something relatable for American audiences.

When it comes to anime with strong cultural connotations, the rules, of course, change. There is definitely a lot to be said about the impact of the culture on the story. Too often, the intricacies of Japanese life are either ignored or changed into something relatable for American audiences. For shows like Ouran High School Host Club, or Love Hina, changes are minimal or easily implemented to fit into western experiences. But when elements of family practice or the sacred become a factor, the pressure to make concepts relatable to foreign audiences runs smack dab into the intent of the content creator. It becomes necessary for the localization team to make sense of the source culture, but all too often aspects thereof are outright ignored if they are not understood. This, in turn, eliminates the context in which the show was written and animated. Little details about school life left out because western children have not experienced them. References to children’s games or shrine visits deemed too ethnic and replaced by familiarity. These instances represent a very thin line licensors and producers need to keep firmly in their sights — how to capture the audience, retain the flavor of the series, and still keep the story as true to form as it was written.

As I wrote above, Studio Ghibli takes pride in producing top-quality vocal tracks. Ghibli also has a long-standing tradition of incorporating aspects of Japanese history and culture into their films. Combined, Miyazaki and Takahata have over a hundred years in the industry, and both are visionaries who spend large amounts of time making sure their products are as close to perfect as possible. Listening to the Japanese tracks for Spirited Away or Laputa reveals how much effort they put into casting age-appropriate actors who fit their roles. But when these movies cross the Pacific, things often change that can alter the film or just not fit correctly into the final product. The dub for My Neighbor Totoro is one that really defines the experience of watching the film. 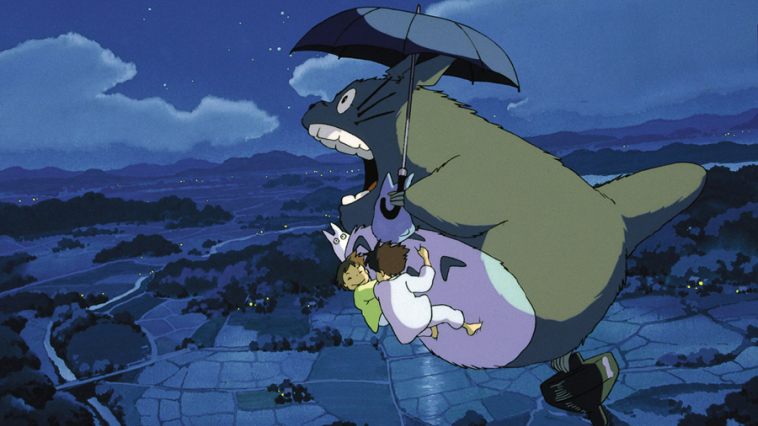 My first exposure to My Neighbor Totoro was the original 20th Century Fox dub, which was recorded when the film first hit U.S. shores. While not a perfect dub by any means, there was a sort of homegrown authenticity to it. Voices fit the characters, there were few changes to the script apart from localization, and the final product looked and felt like a Ghibli film — lighthearted and fun (especially in an age before Ghibli had mainstream attention). It was a Japanese product, but to their credit, Fox managed to seamlessly integrate it into the American animated film market.

Now compare that with the Disney dub of a few years ago. Disney did excellent work when casting Spirited Away and Ponyo, and while I wasn’t the biggest fan of Howl, the voice cast still fit the general theme of the movie. Disney’s Totoro, however, was all wrong. The cast, while age-appropriate, felt shoehorned into the final product. More attention felt like it was being paid to name recognition and giving a boost to younger actors than to making the movie work. Nothing felt like it belonged — close, but ultimately not the right fit. When held side by side with the Fox dub, Disney’s Totoro comes across flat and uninspired as opposed to something new and exciting. This brings me to the main point. 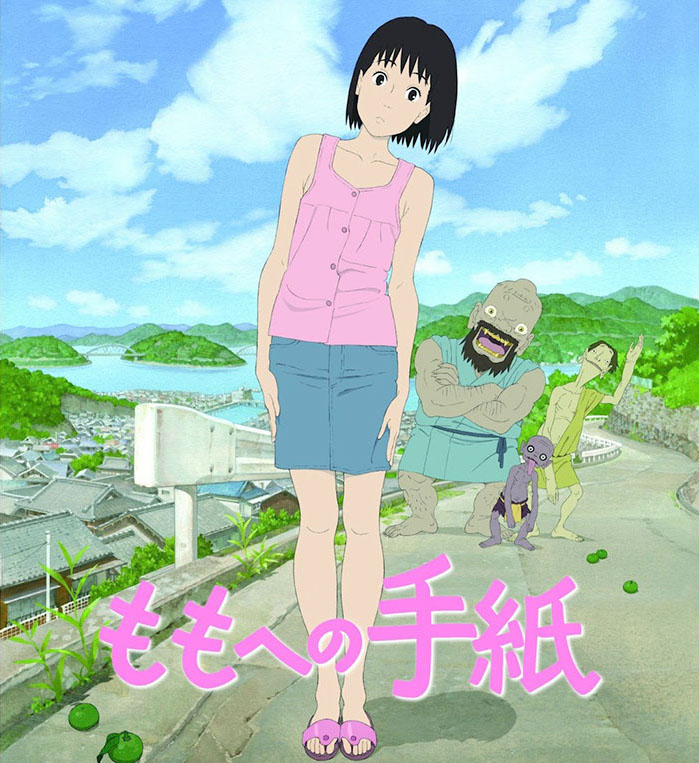 Initially, I wrote about the GKids dub of A Letter to Momo, a film originally released in 2011, for Ani-Gamers' 2014 Staff Picks, which led to this feature. GKids has been one of the hot properties of the recent anime market, snagging the Ghibli films From Up on Poppy Hill and Princess Kaguya and doing wonderful work with them. Despite having a smaller budget than Disney and far less distribution power, GKids managed, on each of those films, to provide excellent English dubs which complement the characters and plots via appropriate inflections and solid scripts.

With A Letter to Momo, GKids managed to produce what could best be called another definitive dub. It is easily on par with Miramax’s work on Princess Mononoke but contains even more emotional power. I’ve written before about how the film tugs at the heartstrings with frank confrontations concerning death, loss, rejection, and fear. At the same time, it also manages to give those emotions literal voices. GKids manages to find that middle ground between localizing the script and keeping a connection to the language the film was written around. It would have been easy to simply take all the spiritual riches of this movie and make it “western,” but the cast and crew chose instead to retain references to obscure Japanese deities and concepts. They enabled the audience to experience the film as it was made and also gave them a chance to ask questions about what they were watching and how to relate to it based on their own experiences. Culture in translation rather than a translation of culture.

While the debate about dubs and subs will never truly subside, and both sides’ respective champions will go down swinging until the bitter end, there is much credit to be given to those companies and directors who manage to retain the flavor of the show while making it a bit more accessible to western audiences. Localizing a property will always damage some part of the product, but if that damage is minimal and allows the viewer a stronger relationship with the work, then there needs to be some acknowledgement of the effort which made that possible. Credit given for a job well done … in any language.