Welcome back to Staff Picks, wherein we list our favorite anime, manga, and video games of 2017. This time we’re living up to the second half of our name with video games, featuring lists from Ani-Gamers Podcast co-hosts David Estrella and Evan Minto. As usual our six choices are hardly able to capture the many great games that came out this year, but they provide a glimpse into a year that was startlingly good for the medium. Nintendo launched the Switch, which set sales records and provided a platform for a number of fantastic, at times generation-defining games, some of which made it onto our lists. Indie games explored mental health, classic animation, and outer space while major studios (and one particular indie darling) unleashed massive open worlds and raucous online experiences. Without further ado, our picks for the best video games of 2017. 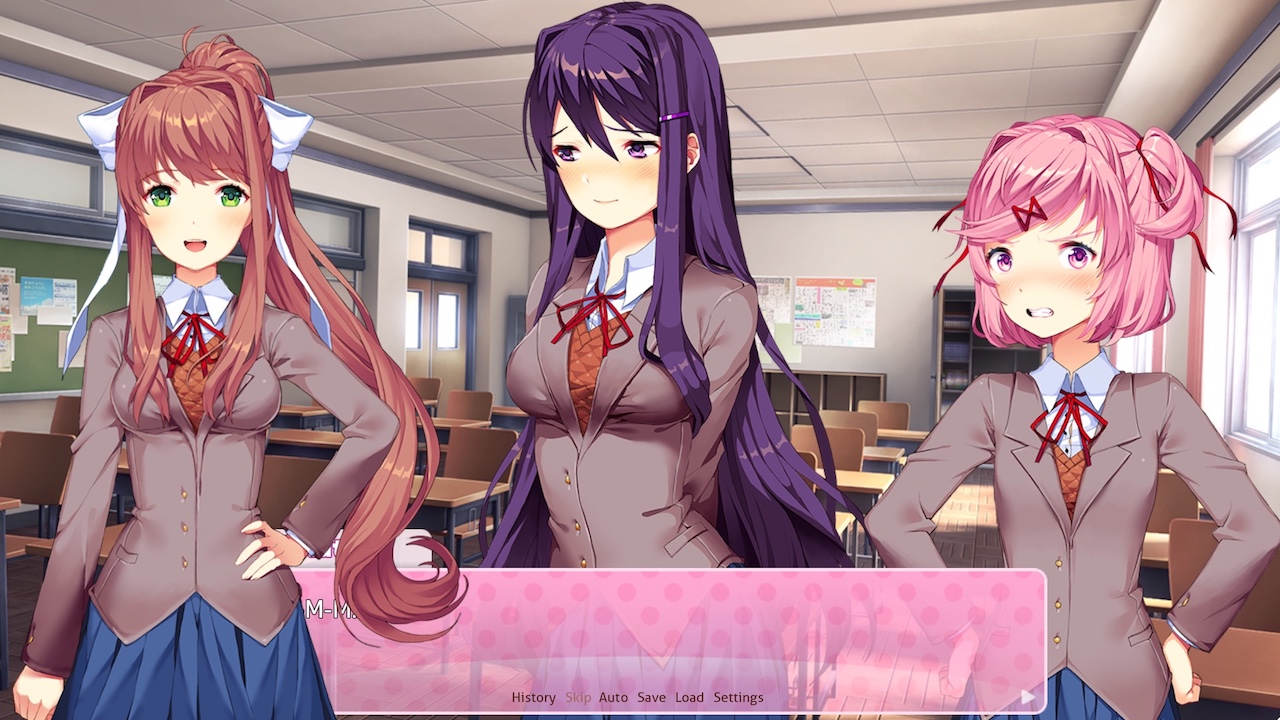 Doki Doki Literature Club is a game-changing, earth-shaking, cataclysmic event that all visual novel readers would hope to live through. It’s exactly as cheap, cruel, and malicious as you anticipate … until suddenly it’s not, the ground disappears below your feet, and you re-evaluate whatever brought you into this position in the first place.

That is to say, why are you playing Doki Doki Literature Club?

I cannot speak about this game in terms milder than complete, ecstatic passion.

It is a fully realized expression of the medium, of what it means to be a visual novel, and a glimpse at the frontiers yet to be explored. Doki Doki Literature Club is the story of a generation buried underneath mountains of digital garbage, interpersonal failures, and the burdensome ghost of a future — the lie that we are all on the right track and that we are all going to be fine.

Doki Doki Literature Club careens into the boundaries. Occasionally this ride teeter-totters over the edge, and it’s only because of how far it pushes against what is safe and acceptable in our media that the empathy found in the resolution reaches so deep into my soul.

Doki Doki Literature Club is a visual novel about joining a high school literature club. You can choose to romance your childhood best friend, a pink-haired tsundere character, or a mature, mysterious beauty. Help Club President Monika and the rest of the girls make a big debut for this fledgling club at the school festival.

Doki Doki Literature Club is my Number 3 Staff Pick in Games for Ani-Gamers, but it is Number 1 in my heart. 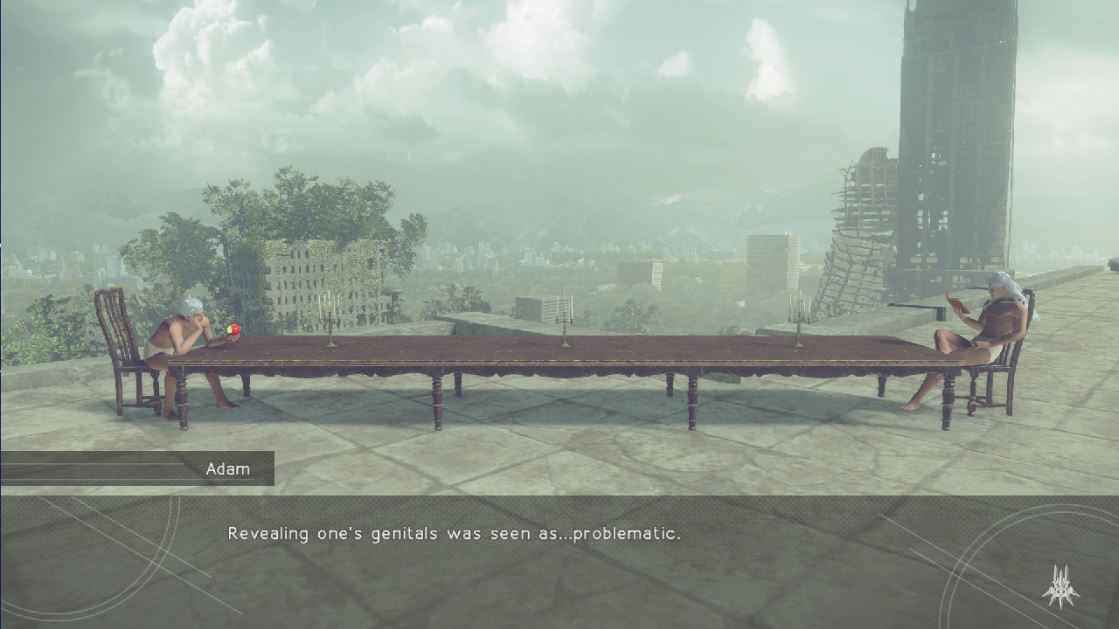 Automata, a mess of a game, is poorly matched in direct competition against Nintendo’s masterfully crafted Breath of the Wild. Zelda is untouchable when it comes to fun, but in terms of raw anger and frustration slathered with cold, gelatinous scoops of depression, Automata makes a decisive victory.

Why would anyone want to spend 40 hours playing a game that sets out to make the player miserable? Was I really miserable during it all? I can’t answer that succinctly in 200-300 words. Gamers must find the answer for themselves.

Many games are fun. Few are sad. Even fewer are sad and developed by Platinum Games with aspirations of tertiary mainstream success on PS4 and PC. Only one beautiful, bittersweet game blindsided the critics, astounded the bean counters at Square Enix, and made the Gamers cry.

#1: The Legend of Zelda: Breath of the Wild

OK, yes, here it is, The Legend of Zelda: Breath of the Wild — the easiest and most boring selection a human being could make for their GotY 2017. I actually just want to take this time to talk more about Doki Doki Literature Club since I’m sure Evan will effuse enough praise for this game in his own write-up for the both of us.

Personally, my favorite Doki Doki Literature Club girl is Monika. I know it’s a weird pick since you don’t get to spend much time with her, but that sort of thing is pretty common with visual novels, isn’t it? There’s always a character that gets the short end of the stick and it almost feels like the devs forgot to write a route for what could be a really interesting character. Sayori hangs on the reader’s self-insert character like her life depends on it and Yuri can get a little overbearing. That just leaves Natsuki but I’m not too hot on the tsundere archetype.

I was hoping there was a secret mechanic with the poetry writing segments in the game to unlock Monika’s route, but I guess no one else has found anything like that. The options to share poems with Monika are there, so hopefully Team Salvato is intending on implementing an update that will let Monika Maniacs such as myself spend more time with her.

Breath of the Wild is the Game of the Year, but truthfully, all I need in this life is Monika. 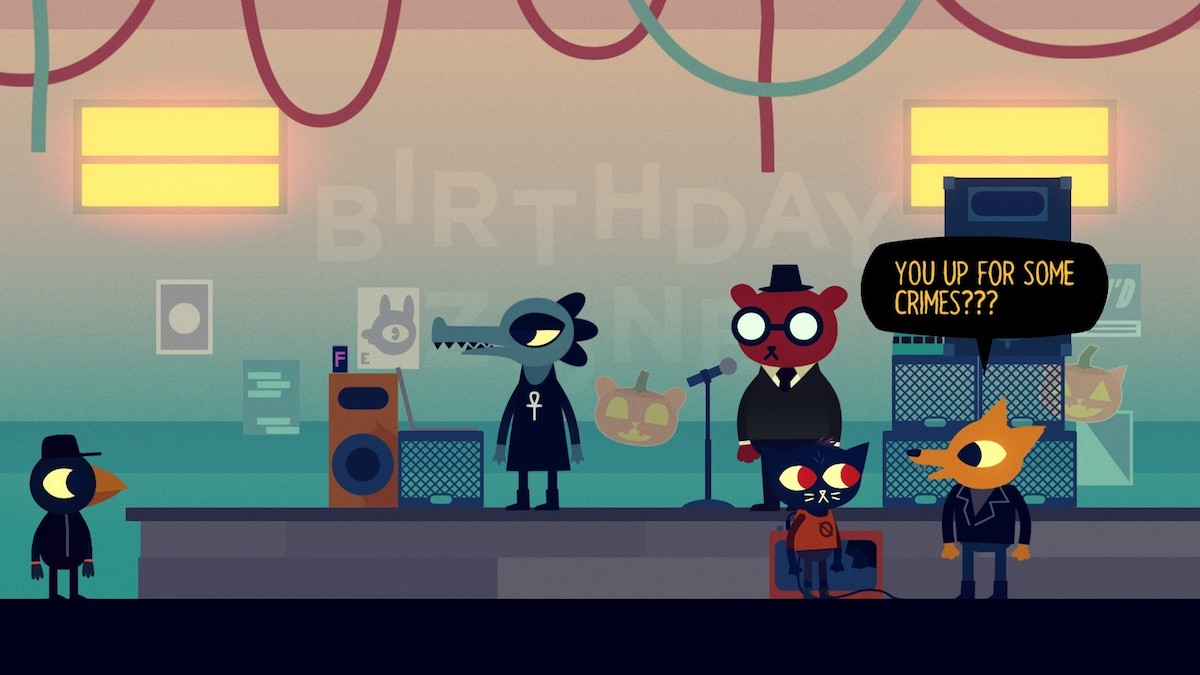 In 2017 it seemed like everything was political, and for good reason — in the US, the election of Donald Trump added fuel to a growing culture war between left and right. So it’s not all that surprising that indie darling Night in the Woods, an adventure game about talking animals, comes with a clear leftist political message and takes a side in the generational divide between millennials and baby boomers. What originally attracted me to the game was its simplistic, paper-cutout visual style and its hilariously sardonic writing. The characters have a rapid-fire, always-on sense of humor and a penchant for dorky self-deprecation that accurately captures the irony-drenched reality of being a young adult in the 2010s. Its main character, Mae Borowski, drops out of college and returns home to her Rust Belt town to find her favorite haunts closing up shop and her friends stuck in dead-end jobs. It’s a little like Scott Pilgrim, in that it’s a nerdy dramedy that explores the things that young people do to form connections and find meaning while beset by economic hardship and mental illness. Plus the characters play in a band where they perform original songs like “Die Anywhere Else” and “Pumpkin Head Guy” via a rhythm mini-game, so I was destined to like this game. The ending is vague, evocative, and explicitly political, but what will stick with me about Night in the Woods is its dynamic and lovable characters, many of whom remind me of my own friends back home. 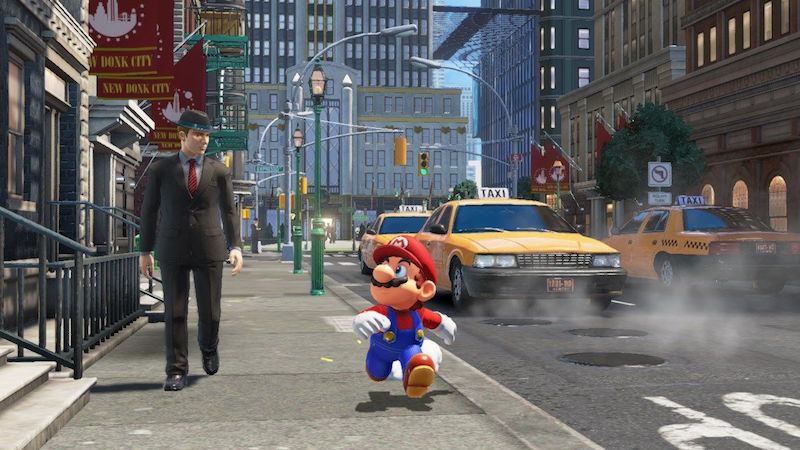 Nintendo understands fun like no one else. For proof, look no further than Super Mario Odyssey, a video game that starts off fun and never stops, even after you beat Bowser and save Princess Peach. Mario’s got all his usual tricks, but this time he also has a talking hat named Cappy who can possess enemies and inanimate objects to aid in their globe-trotting adventure. That Odyssey takes you out of the Mushroom Kingdom is in itself is nothing new; Mario went to space in Galaxy! But Odyssey feels fresh thanks to a charming tendency for surrealism and the bravery to break from the visual conventions of a 36-year-old franchise. There’s a kingdom with dinosaurs, one with a city full of normally proportioned humans, and even one made entirely of food. The game design itself is masterful, with the Cappy mechanics adding a new layer of discovery and technical skill that starts simple but grows as players progress and find new objects with which to interact. Meanwhile, dozens of Moons (the equivalent of the Stars in old games) are strewn across each level, hidden behind simple puzzles, complex platforming challenges, and everything in between. Most importantly, Odyssey rewards exploration and experimentation by reducing punishments and discontinuities and hiding coins and Moons in unique, hard-to-find locations. I’ve been out of the Mario game for a couple years, but what a joyous return this is! 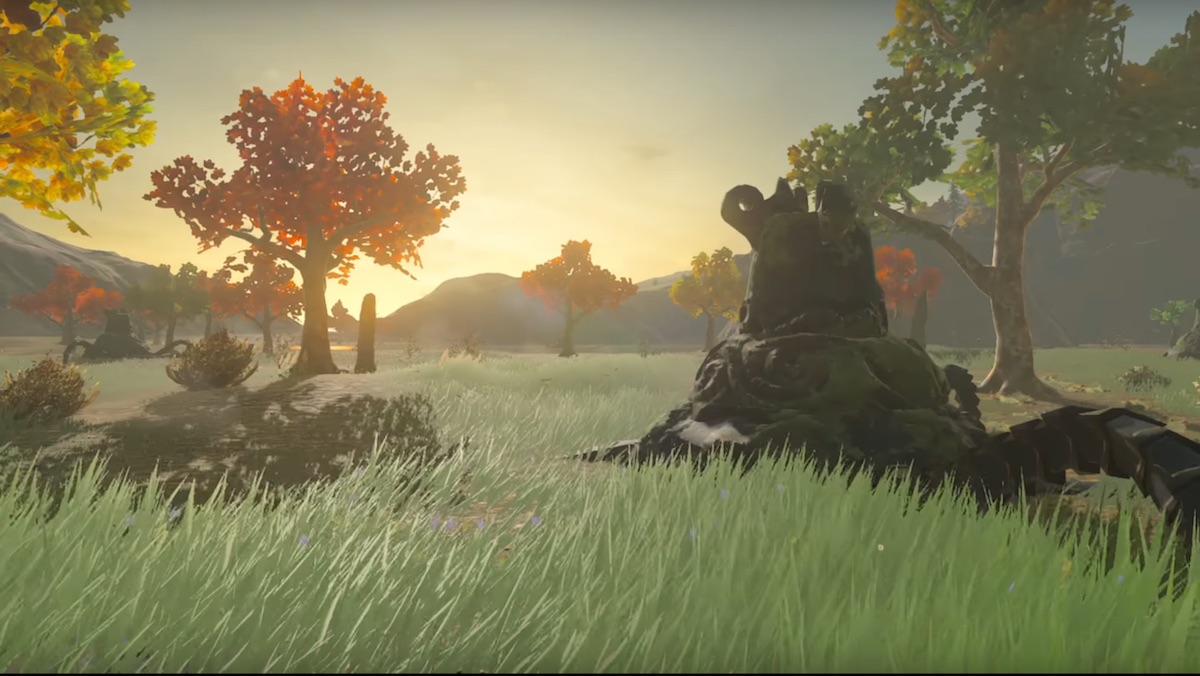 #1: The Legend of Zelda: Breath of the Wild

In any other year, Mario Odyssey would be my Game of the Year, but alas, 2017 was the Year of Zelda. Breath of the Wild is easily one of the best Zelda games of all time, even rivaling my love of Majora’s Mask and Ocarina of Time. Nintendo boldly threw out many of the 3-D Zelda conventions that have been around since Ocarina, allowing free-roaming exploration across mountains, rivers, and seas, with no predetermined order to the dungeons. The game’s massive world is filled with over 100 mini-dungeons, nearly 1,000 environmental puzzles, and countless open-ended monster encounters. Tying it all together is a set of mechanics that interact and resonate with each other in unexpected ways, allowing for seemingly endless experimentation. Weapons can start fires, fires create updrafts of wind, bombs are carried by the wind, the list goes on. Breath of the Wild captures the appeal of other open-world games but cuts out their tedium and stat-crunching nerdiness, leaving a pure sense of flow and a gnawing curiosity that makes it impossible to put down. In fact, it came out in March and I’m still discovering new items and locations as I approach 150 hours of gameplay. This is a fantasy adventure video game the way they were always meant to be, full of wide-eyed wonder and stunning beauty.

For more 2017 Staff Picks, check out Evan’s manga list and look out for our upcoming anime list!