Welcome to the first of three “Staff Picks” posts, celebrating the best anime, manga, and video games of last year. On the manga side of things, we didn't have many contributors this year, though not for lack of good manga. 2017 saw inventive, genre-bending new series and classic releases from legendary artists like Leiji Matsumoto and Shigeru Mizuki. The continued rise of the anime industry has brought its associated comic industry along for the ride, to be sure, but manga's been pulling its weight with dozens of bestselling titles. As usual, our Staff Picks can't hope to cover this breadth of content, but we hope they provide a useful window into our own tastes. Well, my tastes, that is. 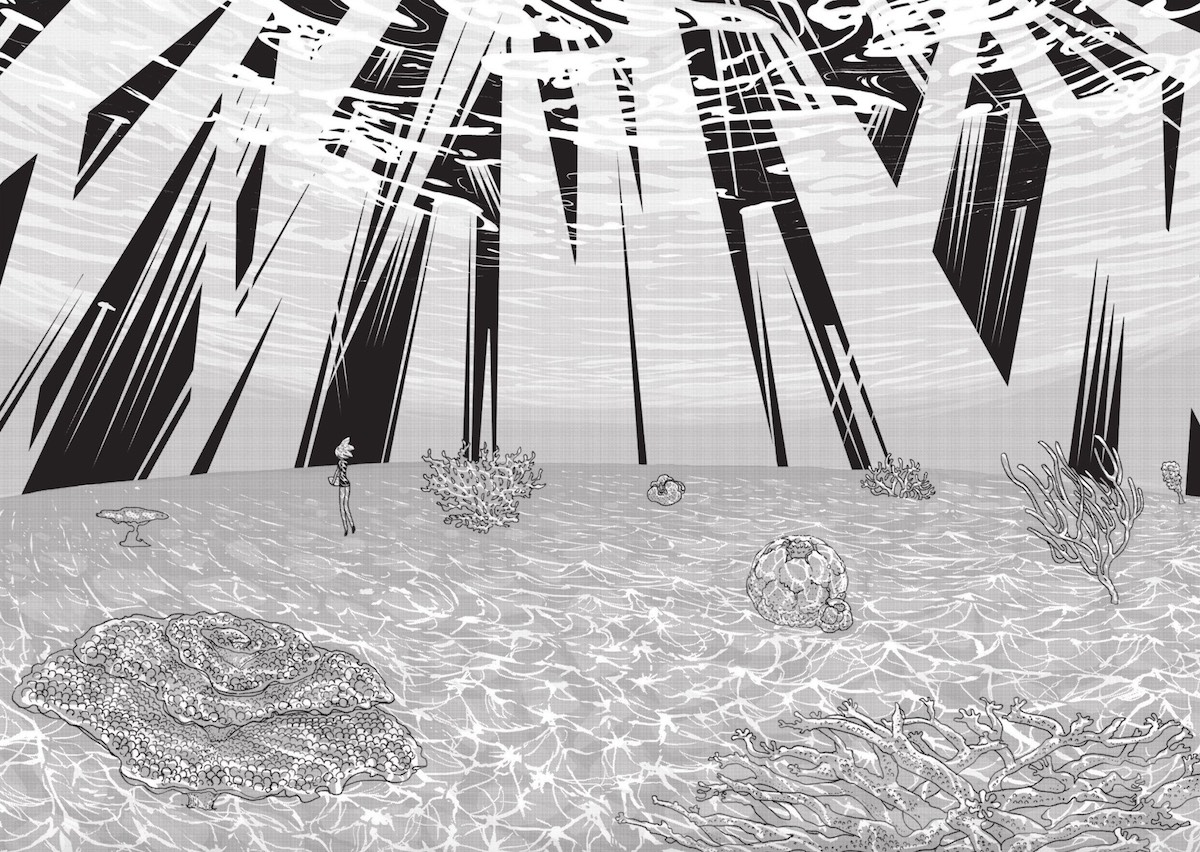 #3: Land of the Lustrous

One of 2017’s biggest surprise hits was Haruko Ichikawa’s Land of the Lustrous, mostly thanks to its anime adaptation in the fall. The series follows a race of humanoid gemstones who fight off constant attacks from “Lunarians,” who cart the most beautiful gems off to the Moon. Lustrous follows a number of different threads simultaneously: Its main character Phos’s constant physical and mental evolution, their attempt to find a purpose in life for moody loner Cinnabar, and the slowly unfolding backstory of the seemingly post-humanity future that the Lustrous inhabit. Ichikawa smartly never lets on which of these storylines is the main focus, making for a narrative that’s uniquely evocative and enigmatic. The highlight, however, is her artwork. Ichikawa’s character art is rough and unpretentious, but her tessellated, geometric backgrounds, swirling effects, and sharp composition more than make up for it. Land of the Lustrous revels in opacity and atmosphere, and I’m very much looking forward to keeping up with it in 2018. 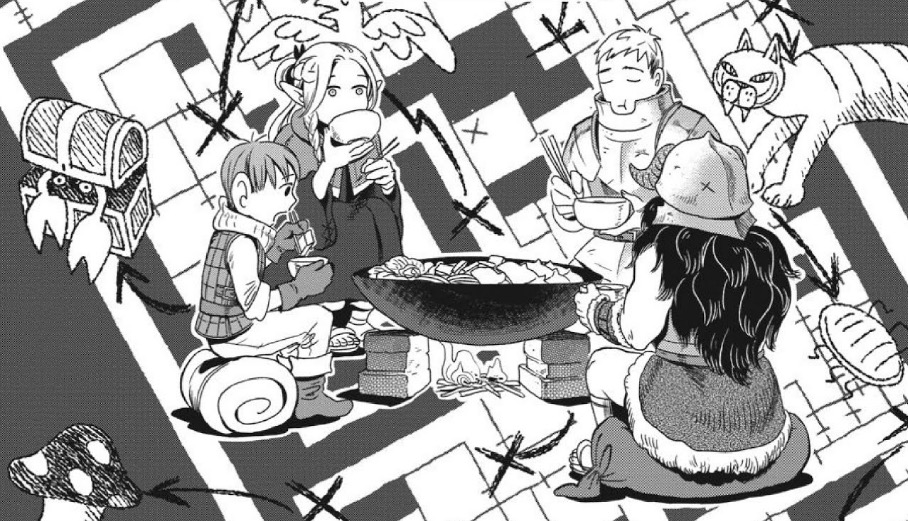 Truly nothing is too weird a premise for a manga. In this case, it’s a fantasy adventure combined with a cooking manga! Delicious in Dungeon follows a party of adventurers who run out of money and attempt a daring cost-saving plan: they’ll cook and eat the monsters they kill instead of buying real food! The whole story is told as if it were a real cooking manga, with precise measurements and preparation instructions included for the benefit of the reader. It’s all depicted so mouth-wateringly that it makes you want to go make the meals right away, but the joke’s on you because you’ll need “huge scorpion,” “walking mushroom,” and “dried slime.” The characters have that perfect sitcom balance of barely tolerating each other, each of them just neurotic enough to set the others off at the wrong moments. The monster designs are inventive spins on tabletop and JRPG classics, and the characters have a cartoony energy and a tendency for very funny reaction faces. When it all comes together it makes for one of the most fun manga series in a while. I should have guessed the greatest cooking manga would be about cooking made-up food.

At one point in Golden Kamuy, an Ainu character explains at that their people, an indigenous culture based in northern Japan, use every part of an animal when they kill it, before digging into a full meal made from everything from the meat to the brain. It's not a bad metaphor for Golden Kamuy itself, a manga that combines elements from a half dozen different genres to create a synthesis like no other. When a soldier, recently returned from the Russo-Japanese War, discovers a trail of evidence leading to a cache of gold in snowy Hokkaido, he enlists the help of a young Ainu girl on a treacherous quest for the gold, with gangs of bad guys in pursuit. Golden Kamuy feels like a Guy Ritchie flick, a Meiji period piece, a survival thriller, a road movie, a history book, and a cooking manga all in one. These divergent tendencies co-exist thanks to author Satoru Noda’s talent for tying them into a single focused story with larger-than-life characters, meaningful arcs, and genuine pathos. What really strikes me about Golden Kamuy, however, is the manga’s deep respect for the Ainu people, who, like the Native Americans here in the US, have lived as second-class citizens on their own land for generations but have almost never been depicted in Japanese comics or animation. This is a full meal, manga style, deftly balancing entertainment and education.

There’s more where that came from! Look out for our video game and anime Staff Picks over the course of the next week. Trust me, there will be more contributors than just me.