Welcome to the first in our annual four-part Staff Picks series, in which the Ani-Gamers team celebrates our favorite anime, manga, games, and more from the previous year. As always, we start the festivities with manga!

This year we’ve got seven picks from three staff members, many of which coincidentally fell under a shared theme. In 2021 two of our staff members fell hard for romance manga. That might be a coincidence, but we like to think it also says something about the diversity of the manga available in English. Action series like Demon Slayer, Jujutsu Kaisen, and Chainsaw Man might be manga’s brightest stars, but there’s a whole world of thoughtful romance and drama stories available to anyone willing to look below the surface.

Readers might wonder where our Editor-in-Chief Evan Minto is this year. With his new role at manga subscription service Azuki, he’s recused himself from the manga Staff Picks for the first time in the history of the series! Thankfully the rest of the team more than makes up for that with their excellent manga picks. Enjoy! 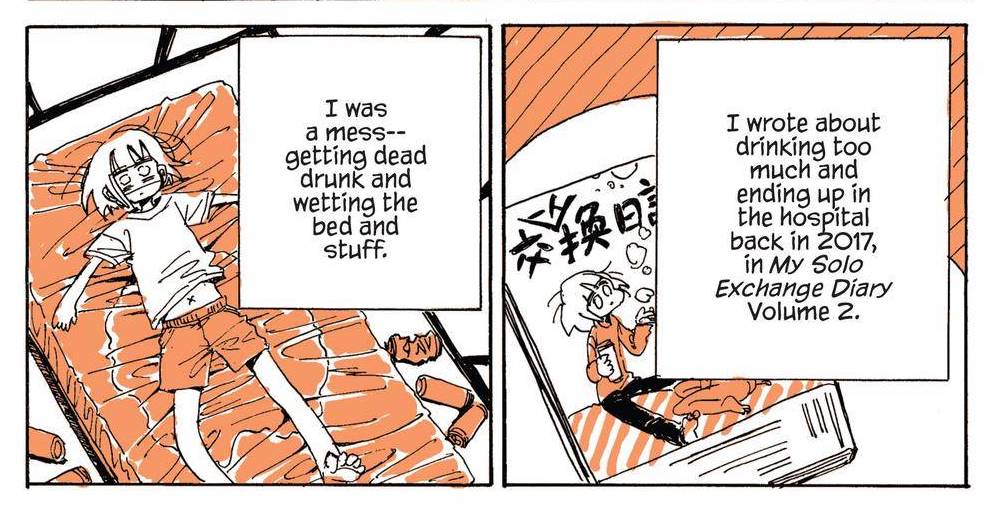 An achingly personal autobiographical tale, My Alcoholic Escape From Reality hits hard. Stories like this have a tendency to get soppy and melodramatic really quickly, but this one is like an ice cold shard of glass working its way into your arm. The protagonist’s substance abuse issues start out small but slowly grow like a cancer until the deleterious effect on her health becomes impossible to ignore. I work in a profession with very bad substance abuse issues, so bad that every day since I started undergrad I was warned about them, so Nagata’s story was more one of quiet recognition for me than anything else. It raises itself clearly above the doldrums of misery porn. 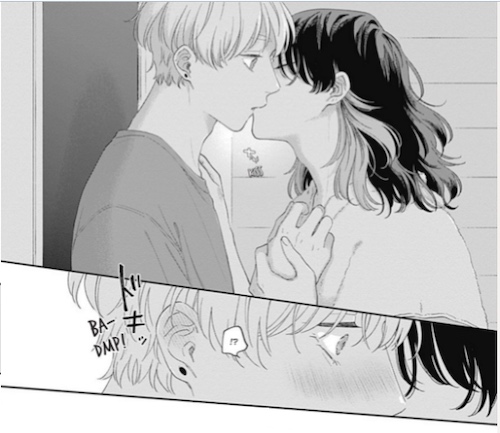 I just recently reviewed this series, which is precisely my jam (ha! Get it?). I’m not intimately familiar with the genre, but a couple of my favourite love stories of the past couple of years were BL manga. This one is explicitly pornographic if that’s the kind of thing which might trouble you, but if not I can’t recommend it enough. It starts with a very simple premise: a fresher joins a music club and then finds the senpai he’s been crushing on doing sex work in Shinjuku’s famous gay district. But from there, the character’s relationship explores intersection of sex work, societal expectations, different people’s lived experience and how that affects your identity. Bittersweet and lovingly brought to life by the art, it really captures that feeling of being in your late teens/early twenties and in undergrad and just being like, “well fuck, now what?”

Oh, look: it me! Well, almost. Kabi Nagata’s autobiographical depiction of her cocktail of struggles — mix equal parts alcohol, mental issues, and art; shake well; garnish with maraschino cherries and lemons — hits home in an uncomfortably close way. That discomfort, tempered but not lightened too much by the author’s sense of humor and art style, serves as both cautionary tale and cathartic therapy. The details of the initial hospital visit are vague and cartoony enough to be casually relatable but wince-worthy, while the lingered-upon, drawn-out recovery period that makes up the majority of this manga bears 100% of the emotional weight. The realizations Nagata comes to and dwells on— irreversible physical effects, dietary restrictions, habit disassociation — are potent and real. If they’re willing to listen and see through an addict’s eyes, people who with direct experience with addiction or loved ones who’ve gone through it will find a piece of understanding in these pages about how substances affect all parts of a person’s life. Remarkably and thankfully, Nagata makes that accessibility and relatability easy. What a saint. 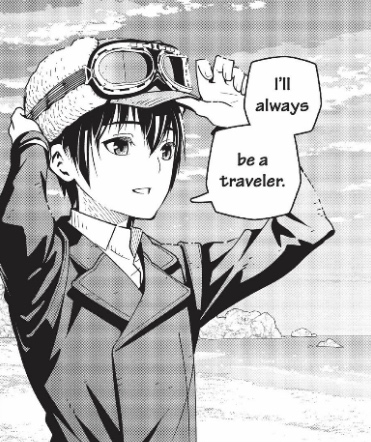 Granted, I don’t read much manga and have never read the original light novels, but Kino’s Journey has been in my Staff Picks ever since Vertical began publishing the 2017 Kodansha series stateside in 2019. The mix of new and familiar tales by Keiichi Sigsawa with art by Iruka Shiomiya has consistently proven equal parts impressive and affective. Volume 8, released in April of 2021, is the latest and unfortunately last book of the series. While most volumes of this manga contain multiple (2-3+) stand-alone stories woven intermittently or presented sequentially, Volume 8 consists of a single new story, “Land of Ships,” and focuses primarily on a Shizu- and Riku-centric tale.

The story itself is a vehicle of sorts for Shizu to avoid the outcome of a tale with a similar aspect told in Volume 7, and the parallelism of the final scene hits home without any over-the-head bludgeoning. The plot “mystery” regarding the origin of the people of this particular land (a huge, wandering ship) is essentially non-essential, and the theme regarding control over one’s own destiny is unfortunately presented with typical dramatic shouting and melodramatic confrontation. But the most impressive aspect to this long-form story, and the one thing that takes up most of the pages, is the sense of space and decay and time. It’s a weird end to the series, but it’s been a great ride. 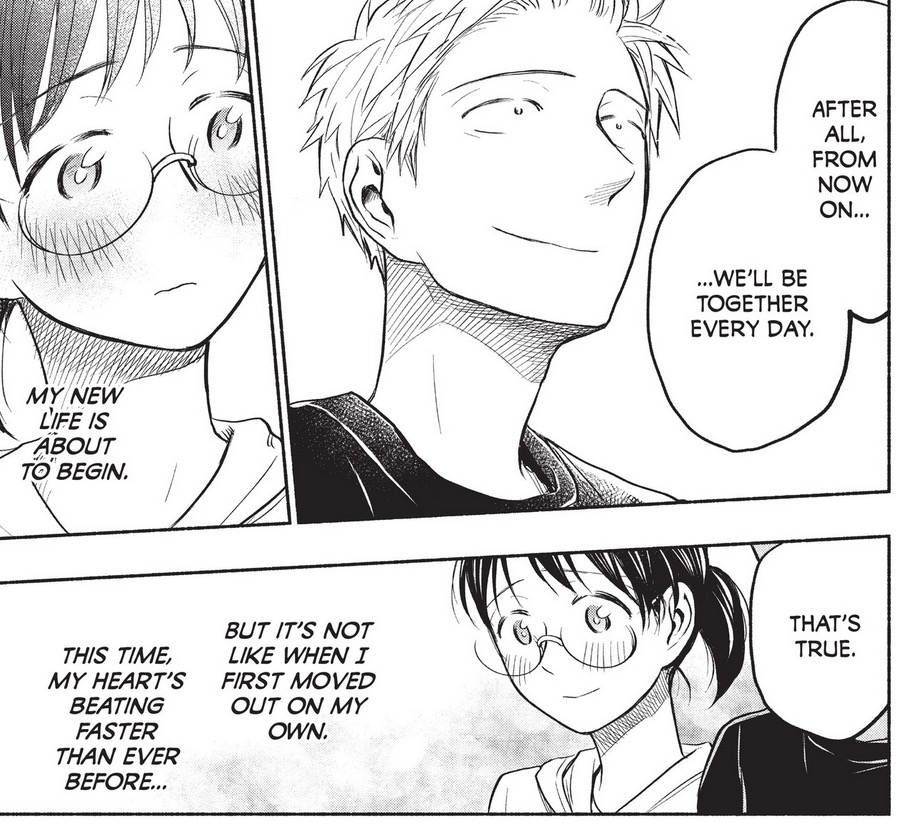 Sweat and Soap is something I’ve always wanted out of romance manga: adults in a committed relationship dealing with that experience. I know it was hard for some people to give this series a chance early on because of the weird premise but I am glad to see that so many people did so and saw what makes it so special. By the time we get past volume 5 Asako and Kotaro are very serious for each other and the issues they’re dealing with are much greater than simple puppy love.

What does it mean to move in together and how does that change a relationship? And how can jealousy and anxiety start to eat at you as you start considering marriage? Will you be able to fit in with your partner’s family? Will they even want to help you fit in? Sweat and Soap tackles all of these issues honestly. It explores how being in a relationship can sometimes cause your fears and anxieties to eat at you, but how opening up to someone can help you work through things together. It’s a great message. What might have started out with a goofy and kind of creepy premise grew into a genuinely great comic about adult romance. It's something I hope we see more of in the future. 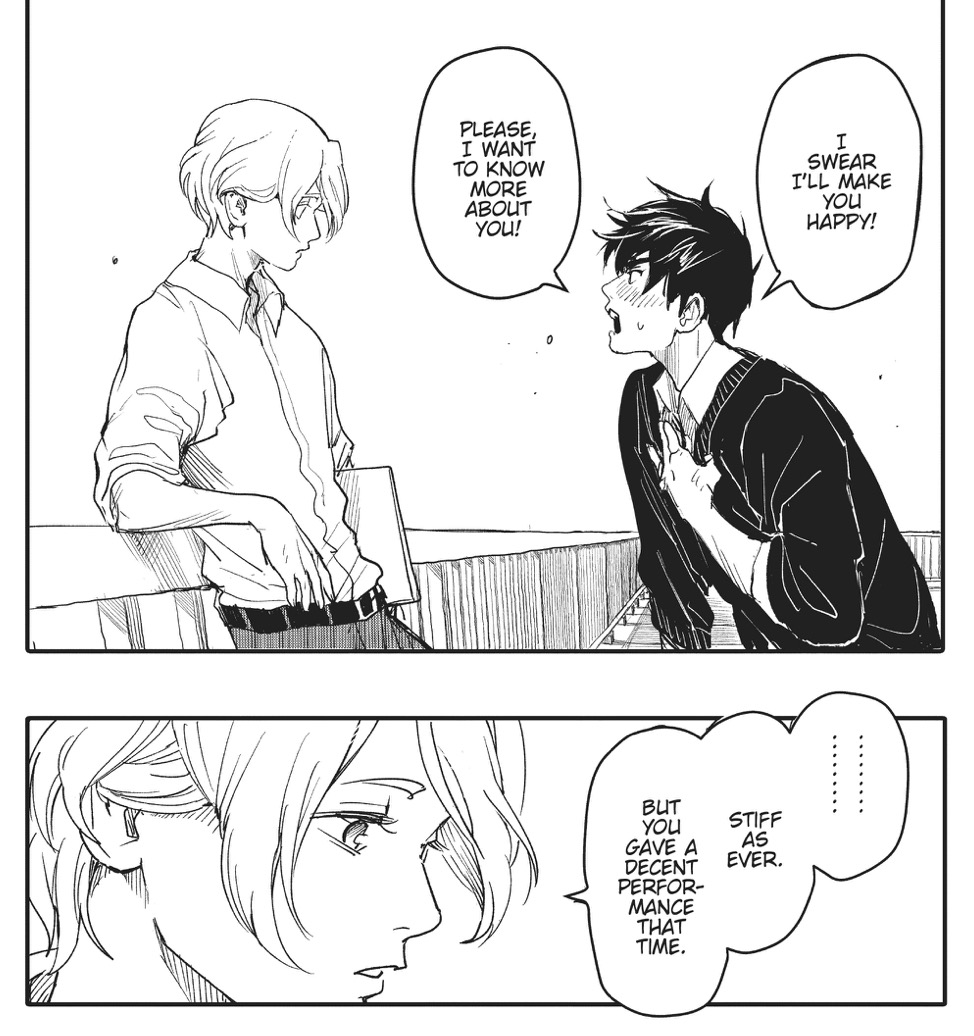 Boy Meets Maria is an examination of love, pain, and trying to move on. Taiga wants nothing more than to be an actor and a hero, but when he sees a beautiful girl dancing at an exhibition he falls in love immediately. Turns out that this Maria he’s fallen for is actually a boy named Arima who prefers to play female roles on stage. Rather than be dissuaded by this fact, Taiga comes to realize that maybe love is more complex than just Boy Meets Girl.

It’s through their budding relationship that we learn that what drives both Taiga and Arima is far more than just a love of the stage. Taiga wants to be a hero but his resentment of his father weighs heavily on his sense of right and wrong. And Arima is working through their gender identity and the trauma of childhood assault. While the subject matter is very serious the comic is still able to offer moments of levity because Taiga is a dork and doesn’t hesitate to let everyone else know it. PEYO’s art does an incredible job of shifting from the fun and beautiful to the shadowed darkness that looms large over our lead's pasts. While not always an easy read, Boy Meets Maria is worth it. 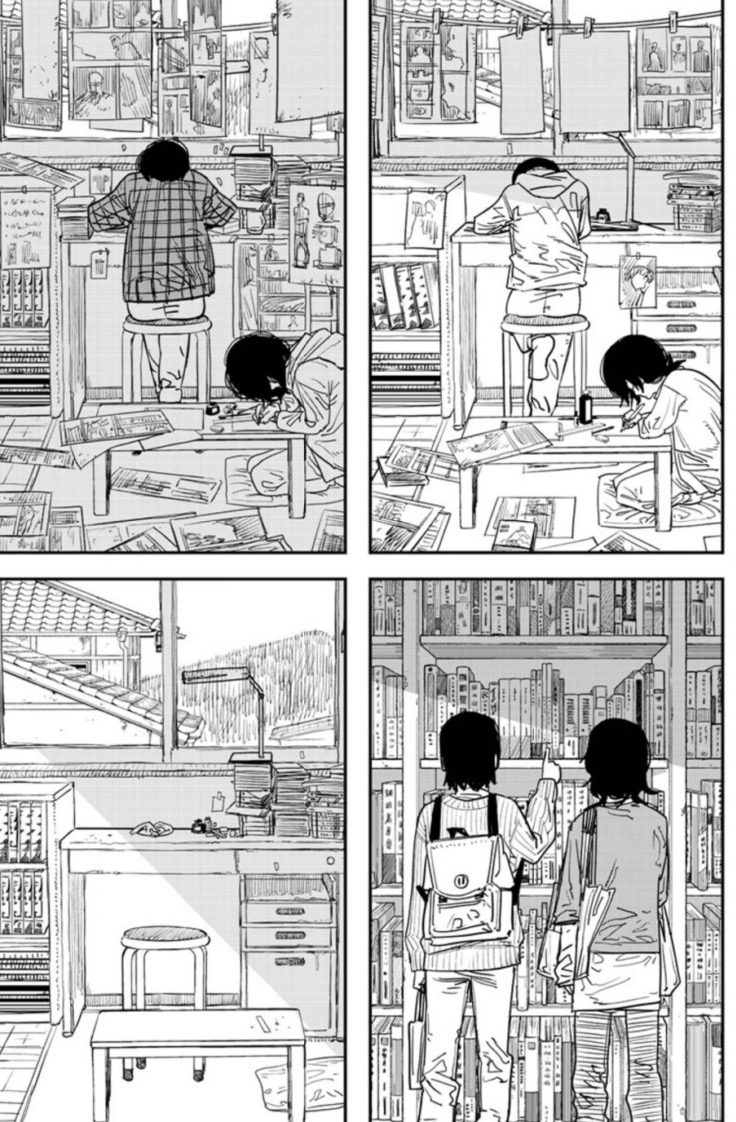 Somehow my list this year has become all about feelings but Tatsuki Fujimoto did it again and in a completely different fashion from last year. With Chainsaw Man on hiatus, Fujimoto released Look Back, a nearly 150 page one-shot story that was released all at once on Shonen Jump+ on the two year anniversary of the Kyoto Animation arson attack.

Look Back is both a look back at a relationship between two girls and a look back for Fujimoto himself as he works through his anger and resentment at what happened in Kyoto. Fujino and Kyomoto are friends that shaped each other's lives in immeasurable ways. If they hadn’t become friends when they did neither’s lives would have been set on the path they ended up on. But when tragedy strikes you can’t help but wonder what you could have done differently. But while you can dream about changing the past it’s still the past. Look Back is a very angry manga. It’s someone working through their own anger and frustration with the world through their art, but that’s what makes it so important. At its core Look Back is about how you honor those you lost by moving forward and remembering the times you had together.