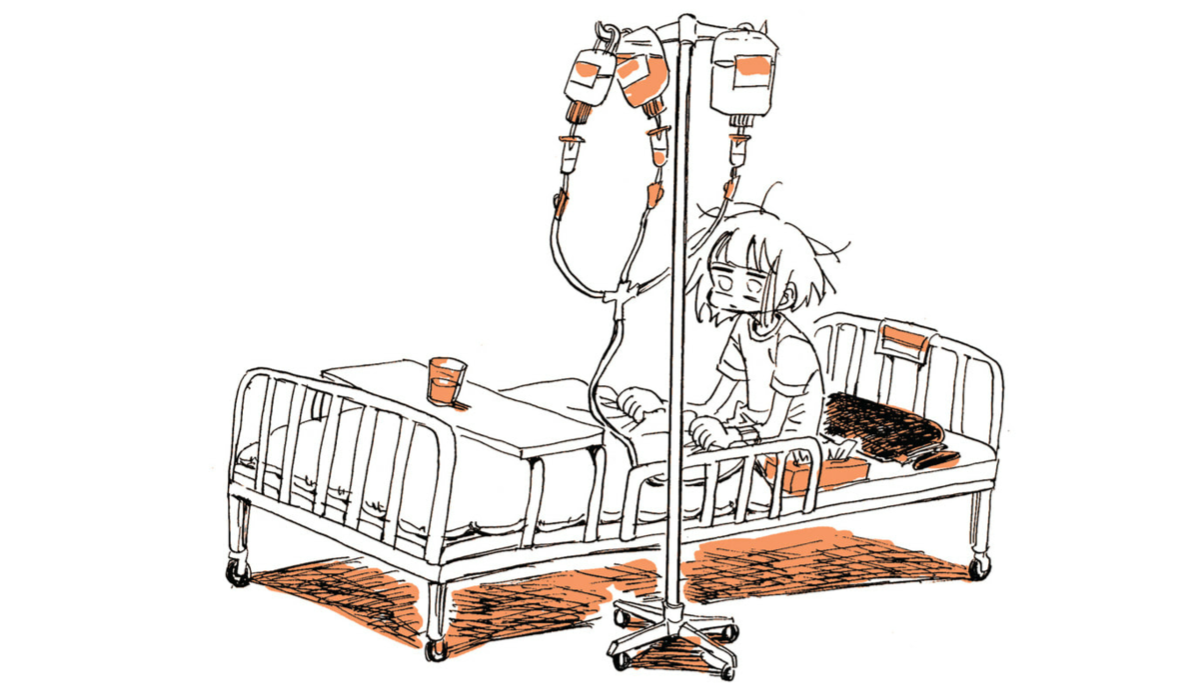 After three years of clerking in a mom-and-pop liquor store (which was right next to my other part-time job), I was finally of age but still did not drink. A couple years later, I moved to Pennsylvania and was finally convinced to give some cocktails a try. I was … unimpressed. But one day, while back to clerking at the New Jersey liquor store, a bottle of wine broke, and the alluring scent of fermented grapes awakened my obsession. I was given sage advice by my mother regarding control but, being in my early 20s, didn’t heed it. Gradually, I became well-versed in wine to the point I was the go-to in that liquor store for most of the clientele seeking recommendations. Then I branched out into hard alcohols and other spirits and became likewise sought after. The same thing happened (much later) with craft beer. After some time (the length of which I can no longer recall), I don’t think a day went by that I didn’t indulge in something under the half-truth of taste testing. It might’ve been a glass before my mindless shift at that liquor store or two or five glasses after. It might’ve been a little something-something mixed into a mug during my lunch break at my regular job. It was definitely a 750ml bottle when I sat down to read or watch just about anything. It was always several shared bottles with friends at get-togethers and parties ... sometimes to the embarrassment of girlfriends. (I’m so sorry.) And after even more time, it became necessary when I pulled out a notebook or keyboard to write stories or poems and, later, reviews. Creative writing under the influence wasn’t easy, but I worked on doing so until it was as fun and fluid as it was when I was sober. I’d been writing creatively since late high school, and re-wiring my brain to write under the influence, which was not a natural state, was a tasty but slow and dizzy endeavor.

Why did I do this to myself? Part of me legitimately loved (and still loves) the taste of a lot of what I’ve consumed. Part of me thought it was cool being in the drunken writers club. But secretly, I didn’t know I was a fully addicted, functional alcoholic. After so many years of writing under the influence (maybe not drunk, but “well-lubed” … and sometimes drunk), I found it harder to engage with words without the sauce. Some 22 or 23 years later, I finally kicked the habit and came across a manga with a horrifying degree of relatability: a cautionary tale from a fellow creative. 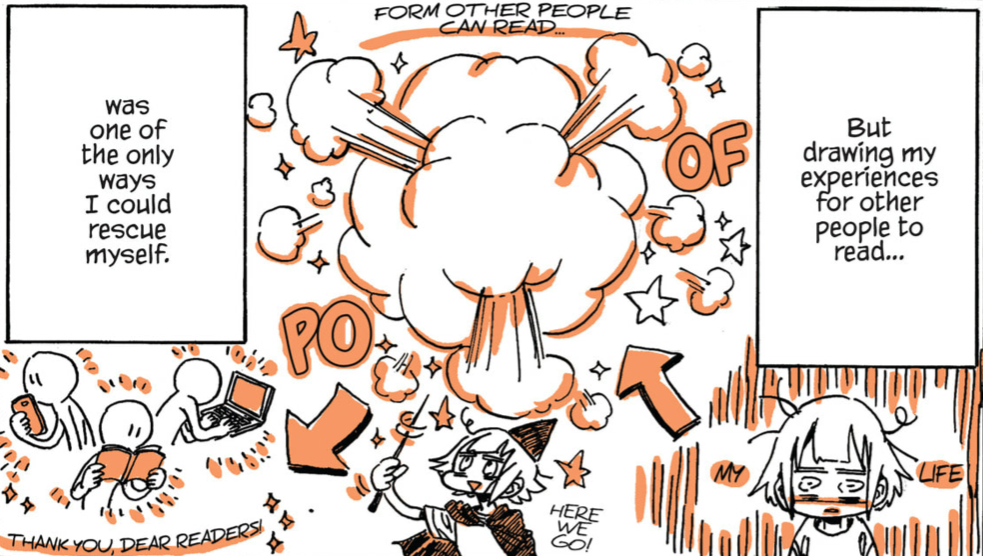 My Alcoholic Escape from Reality is the third autobiographical or memoir manga title by Kabi Nagata. It explores the multifaceted and deeply personal effects of alcohol on her mental and physical health, familial and professional relationships, and creativity. Taking place in the year after the events of My Solo Exchange Diary 2, wherein Nagata talks about drinking too much and ending up in the hospital, My Alcoholic Escape from Reality starts off explaining how this manga originated: a trip to a clinic after a troublingly persistent and differently painful stomach ache. The on-site diagnosis is alcohol-induced acute pancreatitis and fatty liver. After Nagata is asked how much she has been drinking, readers are privileged (as the most trusted of confidants) to a chapter-length explanatory aside on the sole condition that they don't relay the truth to Nagata's doctor. Of course, we flip the page.

The aside rather brilliantly shows why art is how creatives often process life. For some, it is more natural and can be easier to speak through art than to other people since the production of art, and ultimately the essence of expression, always starts as an internal conversation before it is manifested for public scrutiny. Also, blank pages and an author’s dedicated fan base fill the same role: welcoming arms for the outpouring of emotional overflow, whether that may be joyous revelations and insights or inner turmoil and trauma. Putting one’s self “out there” is the real therapy, and the unidirectional flow of the process doesn't require feedback to yield the sense of euphoria creation uniquely brings. But what happens when the habit-forming substance that has become engrained in the creative process can no longer be ... processed?

Frustration is the actual focus behind My Alcoholic Escape from Reality, and Nagata’s cartoony yet frantic art, humor, and painfully honest humanism meld perfectly to tell the tale. Close-ups, the wobbly MC design, and scratchy fills bring out the external quivering and inner turbulence so indicative of a creative dealing with the life-blow of having to re-learn how to be what they already are. After all, the sauce that once enabled her to write about her passions is no longer a viable means to help her do so.

Faced with all this frustration, the predictable plot point in almost all drug addiction stories finally emerges: the relapse. Nagata recounts the joys of alcohol and what its consumption means in a social sense: a rite of passage, the realization of being a professional, and the amplification of sensory enjoyment. She cheats with a low-alcohol beverage, but it still has an effect. And this leads to her cheating on some dietary restrictions as well. But as an outpatient, Nagata has to check in at regular intervals to have her peptidase (y-GTP) activity — a biological marker of alcohol consumption — checked. The results, however, never seem to correlate. After she’s been drinking, her y-GTP goes down (favorable). And when she abstains, her y-GTP goes up. But the main conflict here is about the frustration of fighting one’s own artistic drive, and this is how the manga winds down.

Throwing up her hands at the befuddling test results and slightly encouraged by her doctor changing “no drinking” to “take it easy with the drinking,” Nagata doubles down on the drink to try and force herself through the redemptive fiction manga ... and fails. The pace and demands of her work are never far from her mind. (Nagata did not stop attempting to write or draw even in the hospital, and tales of her producing work that comes back with inhibitive editorial comments are interwoven with everything else.) This gives a solid picture of a frantic set of circumstances of a life that does not allow the much-needed rest for the weary and does a great job in portraying the pressures the author was under.

It takes some old advice and new encouragement for Nagata to come to the realization that creating passionately but responsibly is what needed to happen and that it needed to happen healthily as to not potentially burden her family with the greater sorrow of her loss. So Nagata does what she does best: draws experience on the page. And that experience is not pretty, but it’s pretty spot on: therapeutic and self-focused with only a few cameos by close relations. Once her inner self is healed and ready to write truthfully, the story ends on a happy note.

As I said early on, this manga rings true in a lot of ways to me as a reader who is also a recovering alcoholic: the draw to neighborhood bars as an excuse to escape not doing anything at home (i.e. not creating), the stepping over the threshold of being a “regular” at bars to becoming “known” at them that forces you to drink (more) at home, and the anxiety over common minor cold symptoms that mirror those that occur at the onset of more major problems (such as pancreatitis). I’ve personally experienced all of this, too, and after writing completely under the influence for 20-someodd years, I’ve finally begun to pick up my pen again and attack the keys with confidence only within the past year.

And although I’ve never been hospitalized (thank god), Nagata’s choice of details regarding her experience — the sizes of syringes for different pain killers (and the effectiveness thereof), the more visceral descriptions of blood-clogged IV lines, the irreversible change to the body, etc. — are great deterrents for those worrying about the state of their drinking habits and, for those recovering like me, a great reminder of what either was and could be again or what might come to pass. If nothing else, who wants to have to face such dietary restriction as minimal sugars, oil, and fat?

While I’ve enjoyed the author’s previous works — My Lesbian Experience with Loneliness and My Solo Exchange Diary — I found myself heavily sympathizing with this manga. Even if you do not drink or identify with Nagata’s experiences, My Alcoholic Escape from Reality is still a great read. It’s another portrait of humanity with familiar frays related to a very humanly flawed person, but even the most dire and uncomfortable situations are delicately balanced by Nagata’s relatable humor. It’s the kind of thing that comes from having passed through a crisis with enough distance to look back and put certain things in perspective, instead of dramatizing the utmost of each and every moment.

Just three things before I go. Make sure to check out Deb Aoki’s interview with Kabi Nagata for some more insight into the book and creator. Also, I used to write a column here on Ani-Gamers dedicated to drinking and drinkers in anime called Drunken Otaku. If you enjoyed reading My Alcoholic Escape from Reality, I’d urge you to read my entry about Hideo Azuma’s Disappearance Diary. It touches on some the same subject matter from a different perspective and remains one of my favorite manga. Lastly, the singular piece of advice I got about alcoholism that made me realize my own addiction: if you find you can’t put the bottle down, it’s time to stop picking them up.