What a decade this year has been. It’s difficult to write our annual ranking of our favorite anime, manga, and games considering current events. COVID-19 continues to ravage the world's population. Yesterday we witnessed a civilian occupation of the U.S. Capitol Building.

But anyway, I’m here to talk about manga. You know, funny pictures.

The manga scene came out of 2020 looking much better than expected. Many manga publishers found themselves maintaining and, in some cases, growing their sales as people holed up at home began seeking out more reading material. Publishers also jumped on this year’s big anime/manga industry shift toward virtual conventions and events, announcing licenses and engaging with fans in new and more accessible ways. While some of our contributors didn’t read that much new manga in 2020 despite all that, we’re happy to include selections from our two new members, Inaki and Patrick. You’ll find sweet yuri love stories, quirky indie comics, and even one returning favorite from last year. Enjoy, and let us know some of your own picks in the comments!

#1: JK Haru is a Sex Worker in Another World 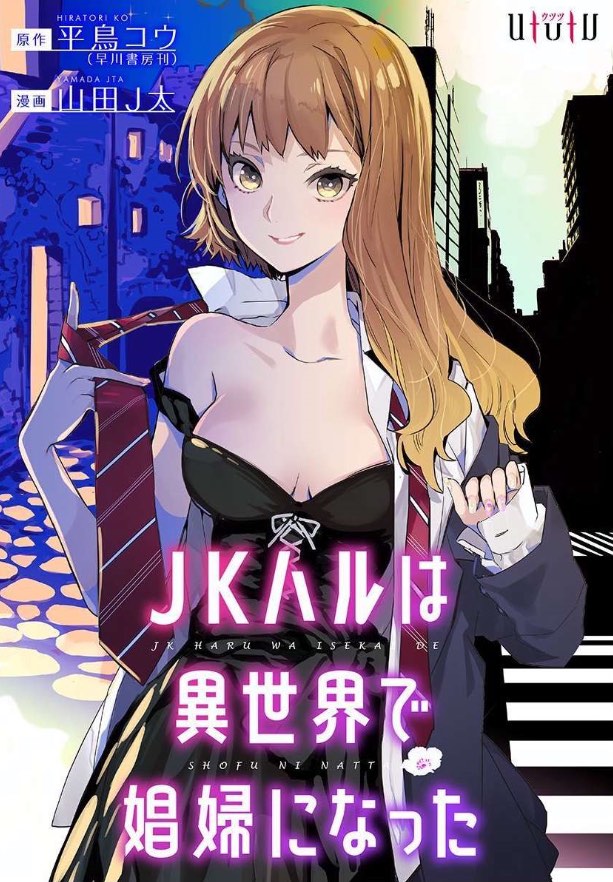 I don’t read anywhere near as much manga as I should! This was about the only manga I’ve read this year that came out this year.

At any rate my love of JK Haru and its author Hiratori Kou is no secret, and whilst the manga doesn’t entirely capture the spirit of the light novel, it gets pretty close. Haru and the staff of the Blue Cat brothel, the clientele, and the weirdness of the isekai fantasy genre are all brought to life by the art. If you’ve listened to our JK Haru review (which you can do for a paltry five US dollars!), you’ll know JK Haru presents to the reader a very holistic view of sex work – not a source of constant unabated misery, not a wish fulfilment fantasy of giggling, scantily-clad coquettes having the time of their lives, but a real job with it’s fair share of stresses, difficulties, and dangers as well as joy and camaraderie.

Now is probably the time to get current on the manga, as it’s about to get into some decidedly less cheerful parts of the book. So let that also serve as a content warning. If you’ve read the book, I think the visual medium of manga adds a new dimension to the story and makes a case for the existence of the manga as a work in its own right and not just a straight adaptation. 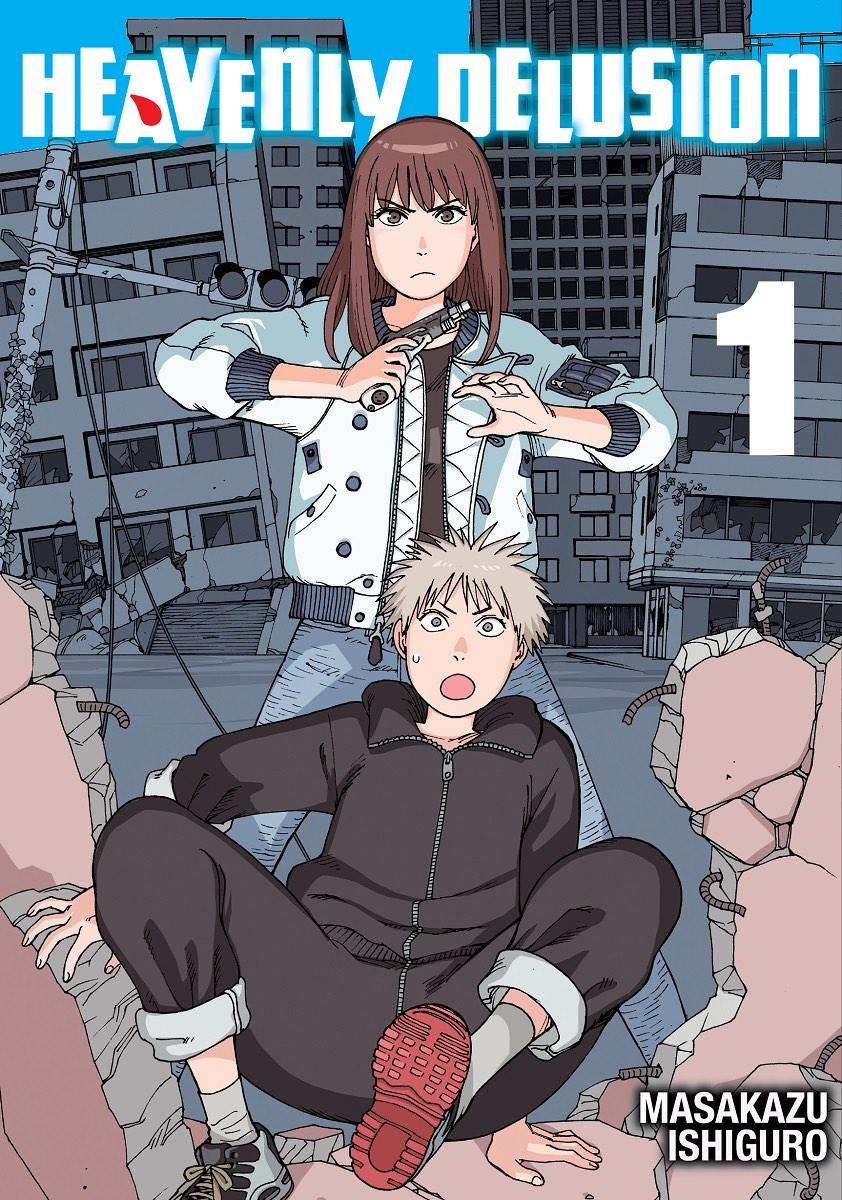 I’m a big fan of Masakazu Ishiguro’s high-school sitcom And Yet the Town Moves and was excited to see some more Ishiguro manga in English in late 2019. (The first volume of Heavenly Delusion landed on the very last day of that year, so we’re counting it for 2020.) This time, we get two parallel post-apocalyptic stories tied together by a mysterious connection between two of the characters. Ishiguro maintaining a delicate balance between revealing little hints and holding back the biggest answers left me wanting so much more by the end of the first volume. To say nothing of the twist on the final page that offers more questions than answers! Despite the subject matter, Ishiguro’s art has the same understated cuteness, realistically stylish costume work, and attention to environmental detail that made And Yet the Town Moves such a charming read. It’s a shame we’ll have to wait until 2021 to get more of this fascinating series! 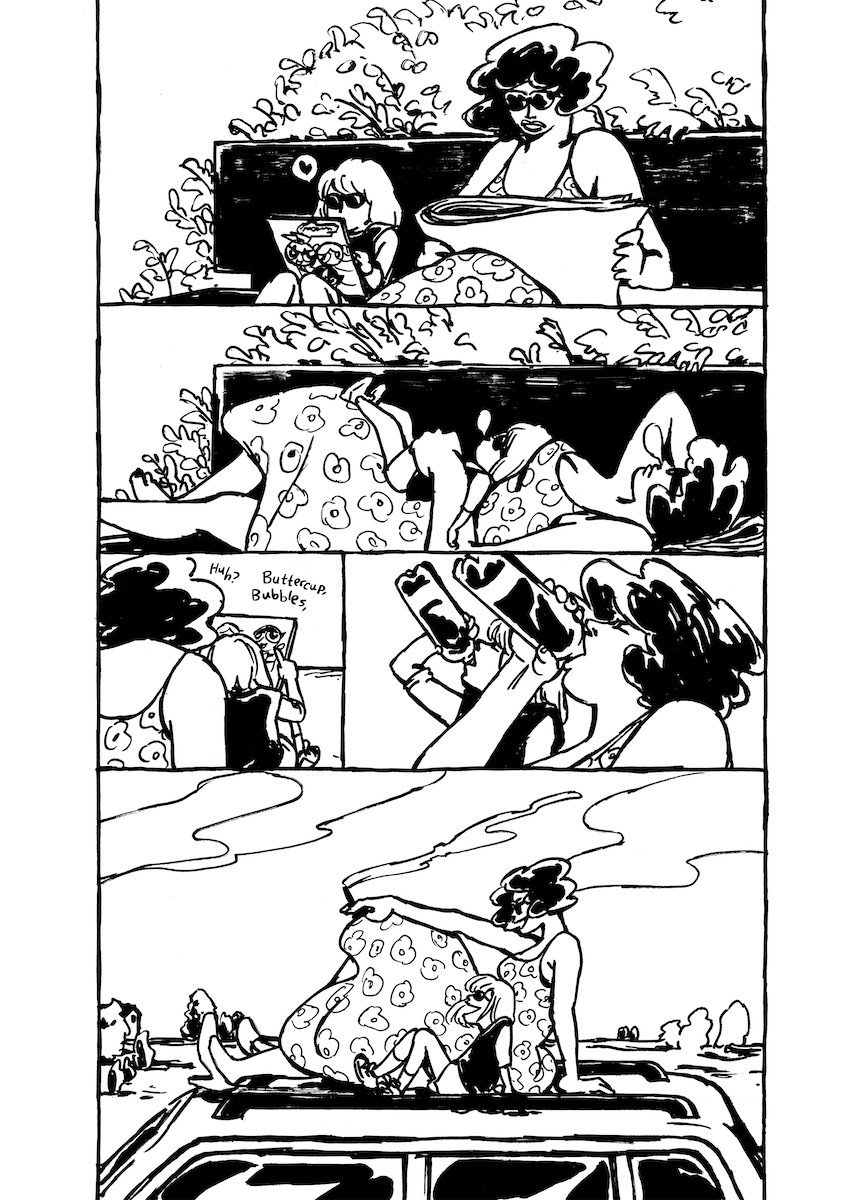 The manga world in Japan covers an incredible range of content, from ubiquitous magazines like Shonen Jump to self-published zines. We tend to only get a small slice of that range in the US, but this year publisher Glacier Bay Books graced us with two Risograph-printed collections of indie and small-publisher manga entitled Glaeolia. I picked up the second anthology, which impressed me with a number of beautifully drawn short stories. The subject matter ranges from relationship anxiety to childhood memories to philosophical musings, and each story has a wholly unique art style — textured ink washes, scratchy high-contrast line work, and everything in between. Despite the different authors, what many of them share is a quiet, lyrical emotional expression. This is a wonderful book that’s easy to lose yourself in. It’s a limited release, so pick it up while they still have copies. I look forward to seeing more from Glacier Bay Books! 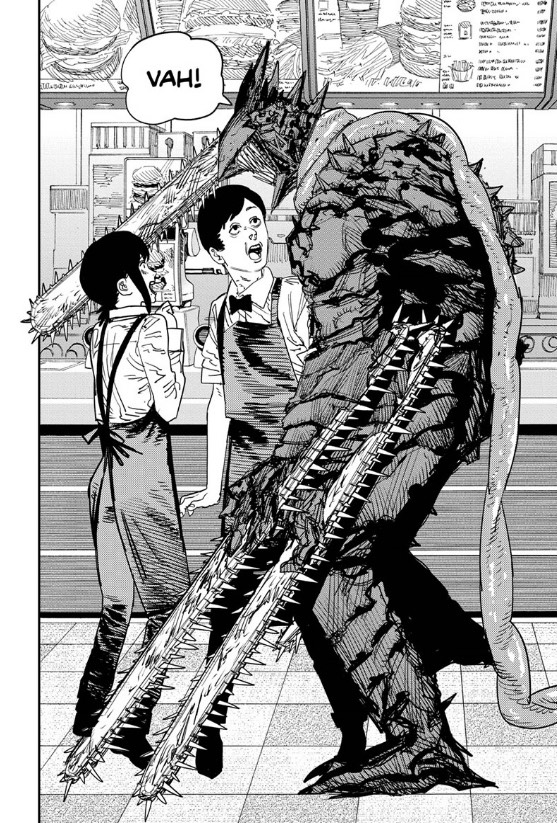 Chainsaw Man was my top pick last year, and it’s back for 2020! This year saw a staggering series of escalations for Tatsuki Fujimoto’s action comic, with the introduction of new enemies and powers operating on levels far beyond the hyperviolence and body horror of last year — the ability to alter the memories of society or reconfigure a person’s conception of reality, for instance. And in the Evan-core category, we get a burger-themed chapter that is somehow brutal and senseless but also kind of ... sweet? Chainsaw Man has so much going for it — bold artwork, a brash punk-rock attitude, a tender core character arc about learning to be human — but the main thing that keeps me coming back is how perfectly unpredictable it is. Part 1 wrapped up a few weeks ago. Part 2 and an anime adaptation from MAPPA are on the way. Here’s hoping Fujimoto’s brain has more where that came from, because Chainsaw Man Part 1 is a highlight of not just 2019 and 2020 but modern shonen manga. 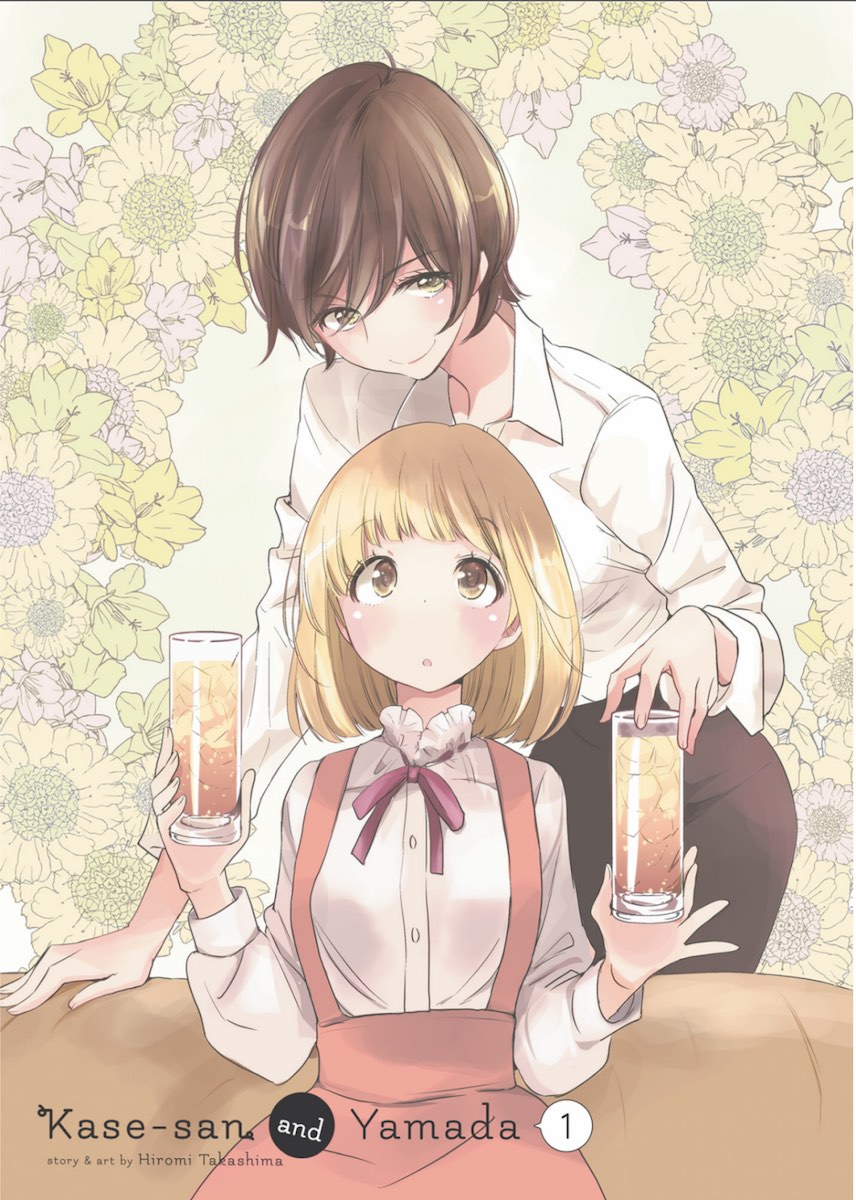 The Kase-san… series is a personal favorite of mine, and Kase-san and Yamada was a great return for these characters. Yamada and Kase have moved to Tokyo to go to college and are figuring out how to navigate a relationship where they don’t get to see each other every day. The original series was so sweet that I was a little nervous about it continuing, but Hiromi Takashima manages to illustrate the struggles of a changing relationship in a way that feels true to the characters without them feeling stuck in the same place they were in high school. Yamada is much more empowered and proactive than she was in the original series, and seeing her grow and try to take more control in their relationship is great. It feels like she's growing and maturing, but Kase still has her swooning whenever they are together. It's so much fun, and I am thrilled it's back. 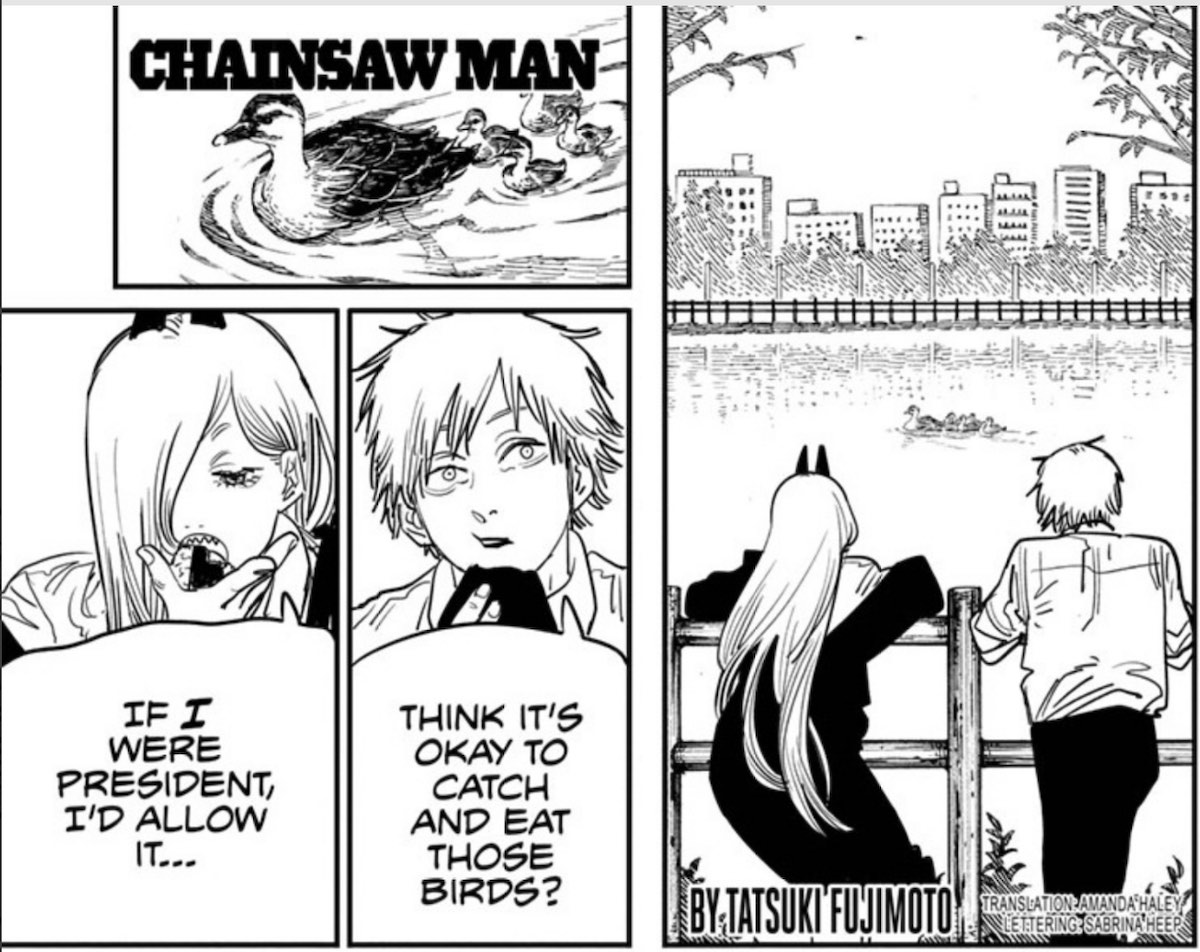 No manga thrilled me more in 2020 than Chainsaw Man. I was a big proponent of the series from the beginning, and it stayed in high gear all the way through to the ending of “Part 1” in December. The series is unforgivingly chaotic but never feels like it doesn’t know where it’s going. It has been such a breath of fresh air in the world of shonen jump action comics. It’s violent. It’s stupid. It’s loving. It’s so much more than just crazy, but the craziness is always there. I don’t know what else to say about it that hasn’t already been. Read Chainsaw Man and cheer on Denji with the rest of us. 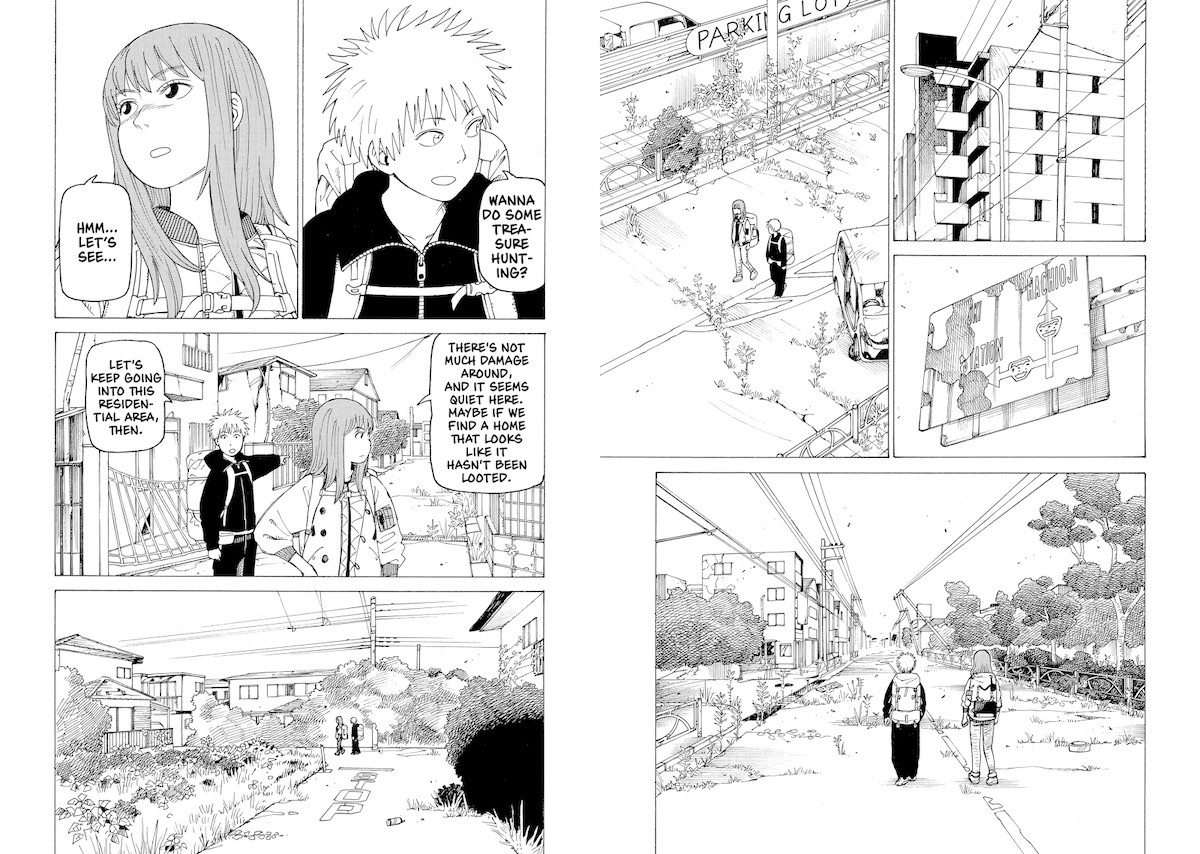 While I’m technically cheating because Heavenly Delusion came out on December 31, 2019, it deserves to be recognized, and I wish more manga like Heavenly Delusion was available in English. The post-apocalyptic, sci-fi thriller by Masakazu Ishiguro is unlike anything else out now. The two contrasting stories of children being raised by robot teachers in a bubble and our heroes traveling through a decimated Tokyo in search of “heaven” are both bizarre and full of mysteries. Ishiguro is a fantastic sci-fi artist, and his work in Heavenly Delusion truly brings creepy monsters and apocalyptic cityscapes to life. It’s much more serious than his best-known English work, And Yet the Town Moves, but his trademark sense of humor still comes through with snappy, quick-witted dialogue. Only the first volume of Heavenly Delusion is out in English as of this moment, so we’re only scratching the tip of this mystery. But Volume 1 lays such a strong groundwork that you can’t help but speculate about how it all fits together.

That’s it for our manga picks. Check out our 2020 Video Game Staff Picks and look out for the anime list, coming soon!