Those of us not working essential jobs have spent most of 2020 indoors, avoiding physical contact with others. In a bit of dark irony (considering the ghastly human toll of COVID-19), this has made 2020 a banner year for home entertainment, particularly video games. Gaming, more than any other medium, allows us to escape our surroundings, craft new experiences, and in the case of online games, interact with our friends. For some these features are merely a fun distraction. For others they’re literally life-saving.

This year also coincidentally marked another turning of the page for the industry with the launch of the next-generation consoles PlayStation 5 and Xbox Series X. However, as usual our lists are a bit eclectic, and in fact feature no games from either console! Maybe this is just happenstance, or maybe it’s because amid a pandemic our contributors prioritized gaming comfort food over the hottest new releases. Either way, we’re proud to celebrate all of these titles, which include simulators, MMOs, and even Flash games (RIP). We hope you find something new to get you through 2021 in our lists. Enjoy, and let us know your own favorites in the comments! 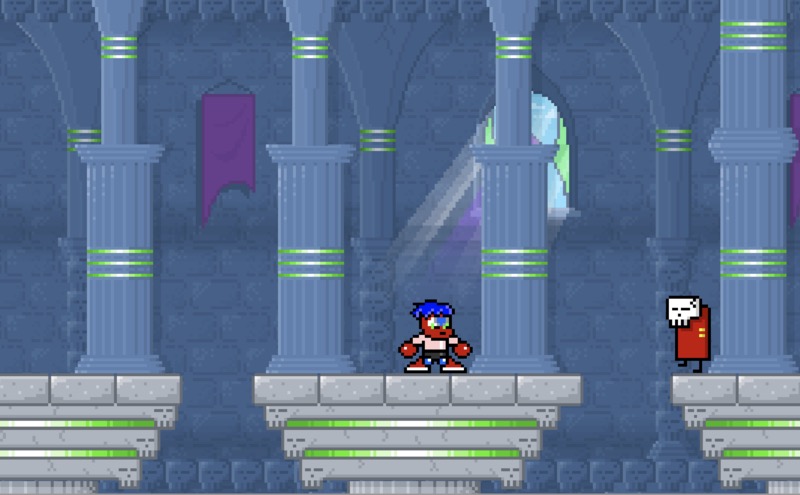 I have been waiting for this to release since August 1, 2005. A lot has happened in my life since then.

Stinkoman 20X6 represents a very different time in online culture — one that has long since come and gone and, with the end of Flash on December 31, 2020, one that is already a relic. The DIY spirit of the 2000s Internet where all you needed was a pirated copy of flash and dream simply couldn’t exist today, and a space for killing a few hours of your day with free Flash games doesn’t exist anymore.

The elephant in the room is that the Japanese popular culture-inspired “Stinkoman” character, one of the many nested jokes from homestarrunner.com’s prodigious and wildly creative 10-year run, occasionally veers into orientalism. It parodies Japanese pop culture but not as it exists … as an impression: a style parody gathered from dodgy translations, 80s and 90s anime localizations, and a lack of context. It’s certainly not malicious, but it’s not great either. Though like the many hundreds of things the Brothers Chaps (creators of the site, Mike and Matt Chapman) parody, it is, if nothing else, very earnest and sincere.

The Brothers Chaps got burned out making free Homestar Runner cartoons for mouth-breathing dweebs like me, got “proper” jobs in the American entertainment industry, and never looked back. Even announcing the long-awaited Stinkoman Level 10, they claimed it was “probably not worth the wait.” They couldn’t have been more wrong. The flood of emotion that crashed over me as I heard the old music and my hands took the still familiar place on the keyboard was more than worth the wait. Thank you for everything, Mike and Matt. I am glad you are here with me at the end of all things. 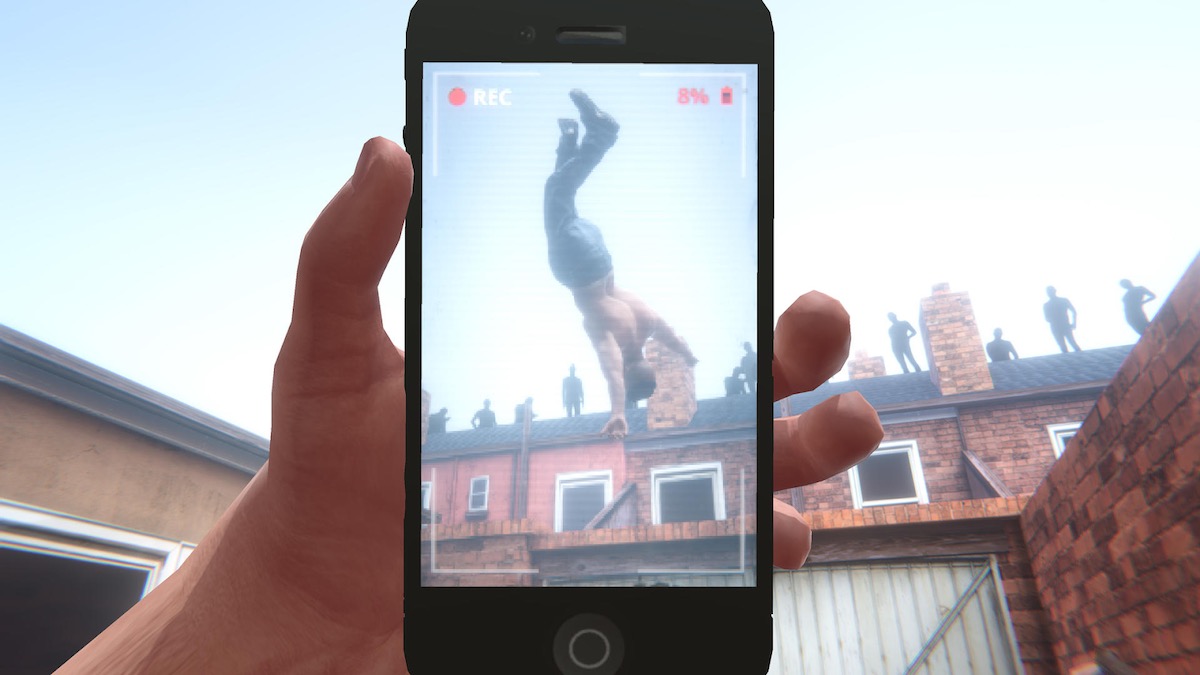 The only game that came out this year that I paid money for and then played!

Hard Lads is based on the viral video “British Lads Hit Each Other with Chairs.” Level design professor and prolific game designer Robert Yang was so inspired by the epic video of British lads hitting each other with chairs that he turned it into a game with some of the subtextual themes of the video as overt text while players kiss, drink, smoke, and hit their way to the end.

Yang makes games very much about sex, consent, and the queer experience. He is also a huge fan of the first-person shooter genre — an overwhelmingly white, male, and heterosexual space that I can only imagine has very little room for gay Asian men. As a result, a lot of his output and criticism of games tends to be around “queering” what is otherwise a po-facedly “bro” genre and exposing its artifice while embracing the sheer pleasure the genre can provide.

So it is with Hard Lads, where an extremely performative act of masculinity caught on camera becomes the basis for Yang’s thoughts on masculinity, sex, consent, and even game design. It’s also not as serious as I might have implied from talking about it like this. And if you don’t want to play the game, or even if you do, please read his essay on why he decided the make the game. He’s a very insightful writer. 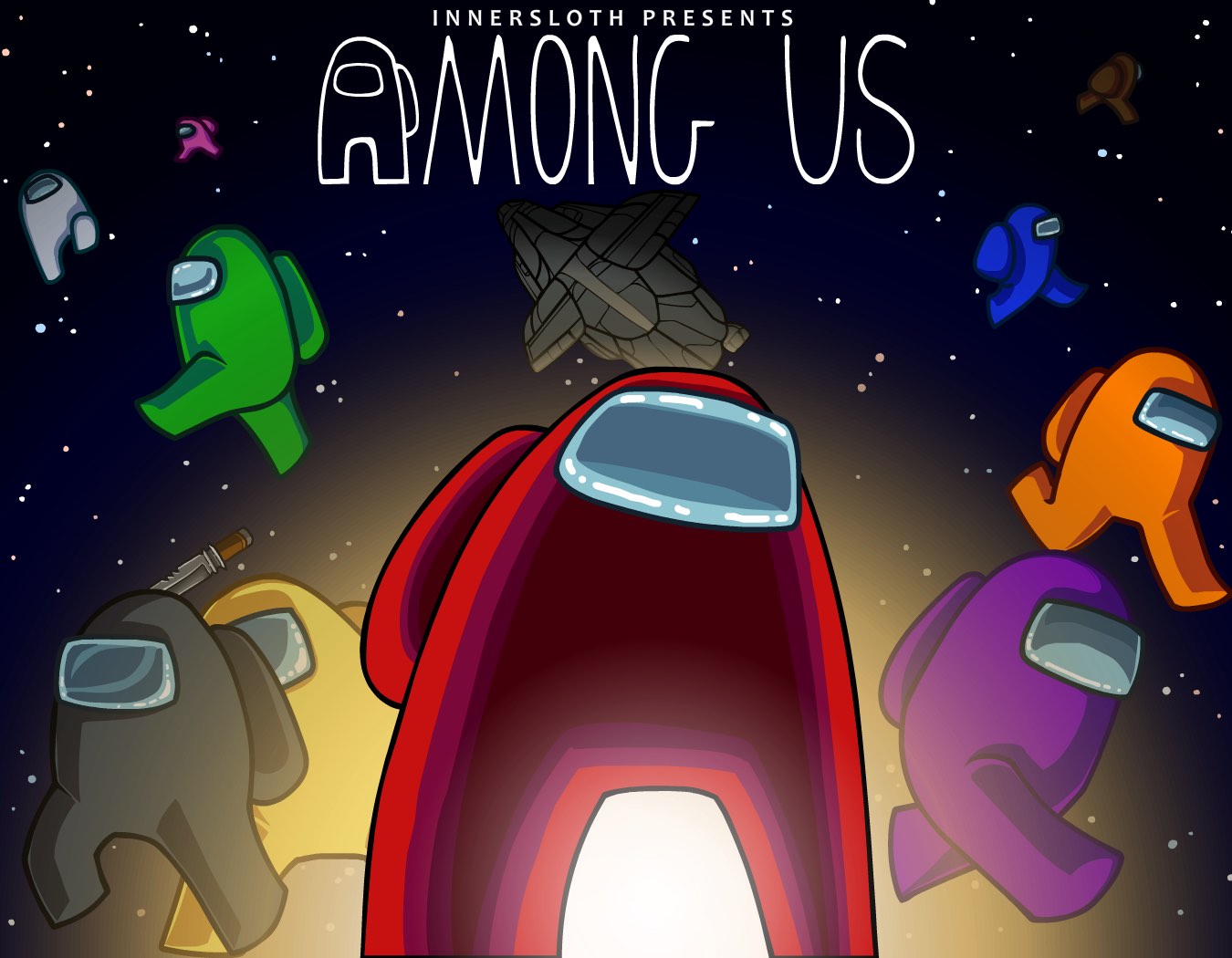 I spent much of my time this year at home catching up on old games, so the 2020 games that stuck out to me are all on the more casual side. That’s not to take anything away from party game phenomenon Among Us, which successfully translates the popular game Werewolf/Mafia into online form and thereby makes it easy to play with friends anywhere in the world. It’s easy to pick up, and there’s enough variety in the in-game strategies to keep things interesting across multiple matches, but the real key to Among Us’s success is the way it encourages open-ended player interactions. That human element of deception and persuasion is a huge part of the fun of board and tabletop games, but it often gets lost under the complex systems of many online games. Among Us captures the simple fun of sitting in a circle with your friends and playing together — a welcome addition this year in particular. 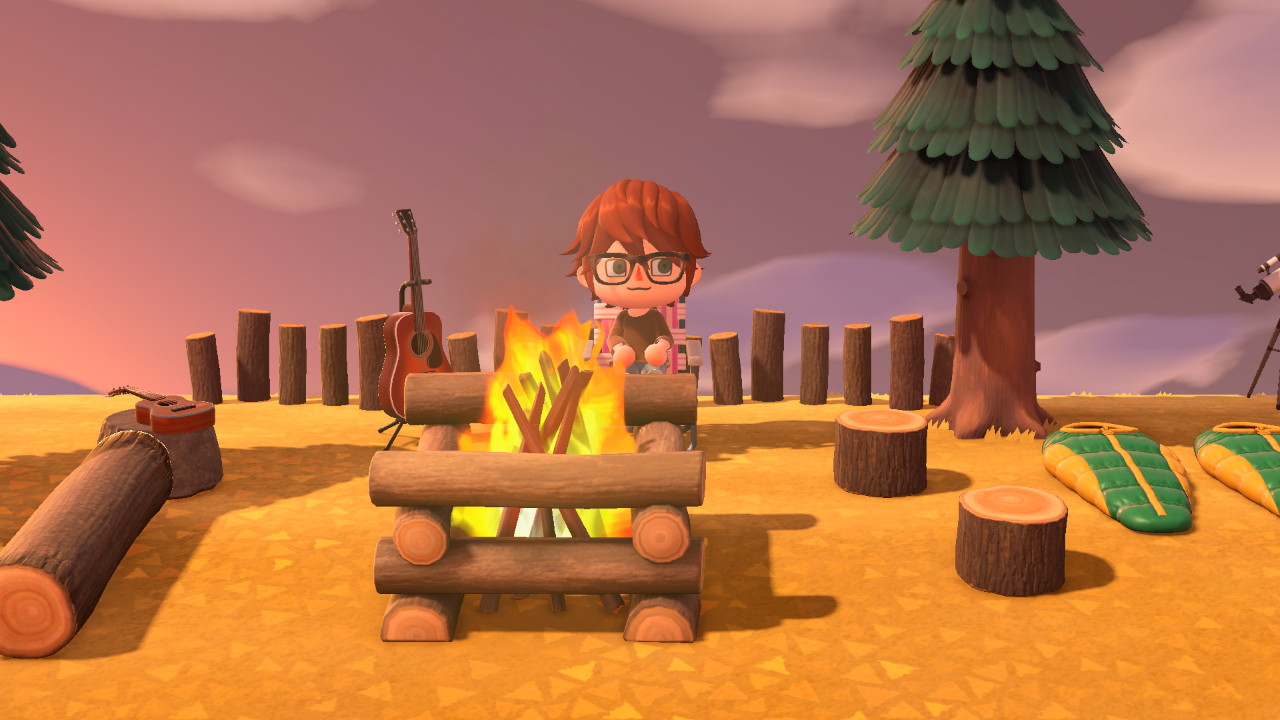 If I’m being honest, there’s only one video game that truly captured the spirit of this horrible year: Animal Crossing. Released just as lockdowns were kicking into gear in the US, Animal Crossing trapped me (and seemingly every one of my friends) in its vortex for months. For a few hours a day we could escape into a world where our biggest worry was whether we had enough Monopoly money to afford an extra room to store our giant virtual Godzilla statue. The peaceful life sim offered us everything we were missing in our real lives: travel, shopping, museum visits, and even the casual social interactions with strangers and acquaintances that otherwise have become dangerously risky activities. Most importantly, Animal Crossing allowed us to decorate our homes and neighborhoods and invite our friends to spend time in those spaces with us. Even purely on its technical merits, New Horizons is a wonderful game; it’s full of delightful little surprises, a constant barrage of seasonal events, and a dizzying array of customization options. Still, sometimes a title is the game of the year not because it’s perfect, but because it’s perfect for us right now. Animal Crossing: New Horizons is that game. 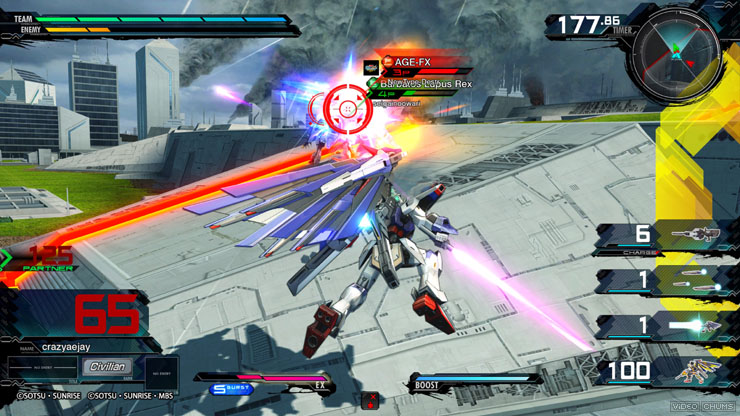 Like a lot of mecha fans, I picked up Gundam Versus for the PS4 in 2017 and was disappointed with what I saw. The game has a weird selection of units, and the gameplay changes aren’t for the better. With Extreme Vs. Maxi Boost ON, Bandai brought back the classic arcade gameplay from the previous games along with the crazy huge unit list we were all looking for, and it’s great. The 2v2 team-based action is frenetic and fun in a way that’s unique to the series. You have to work together and keep track of your partner while also watching out for two opponents. Having a good arcade-style game to hop on with friends and play casually over the summer was very welcome. 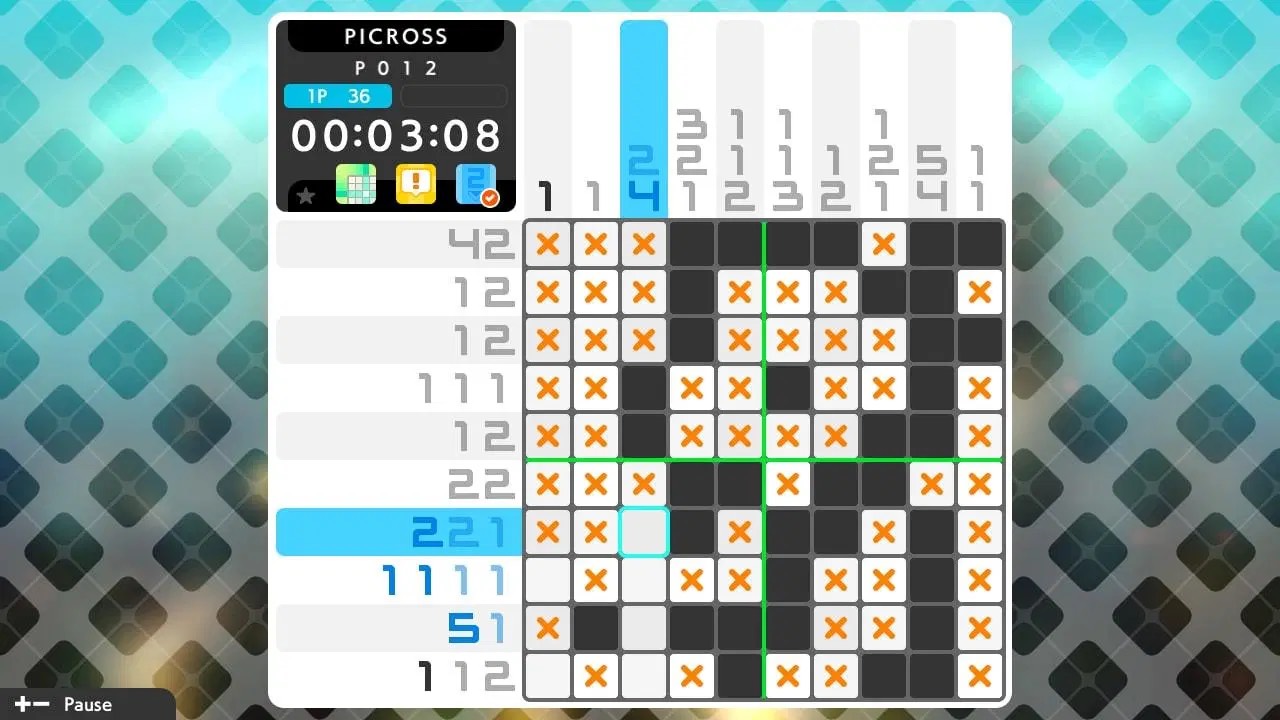 I feel like I’m cheating with this one, because it's just another release in Jupiter’s Picross S series. But Picross has been very important to me this year, and I feel I need to highlight it for that. Picross is a logic puzzle game where you use hints to fill in a grid to create images. It’s simple to understand but still challenging. Why it ends up on my list is because I know that, whenever I’m feeling stressed and anxious, I can lay down and zone out playing Picross and it’ll help me get through We all needed that this year. Jupiter continues to put out more and more puzzles, and I buy them immediately each time. If you enjoy logic puzzles or want something easy to play while spacing out you should be playing Picross. 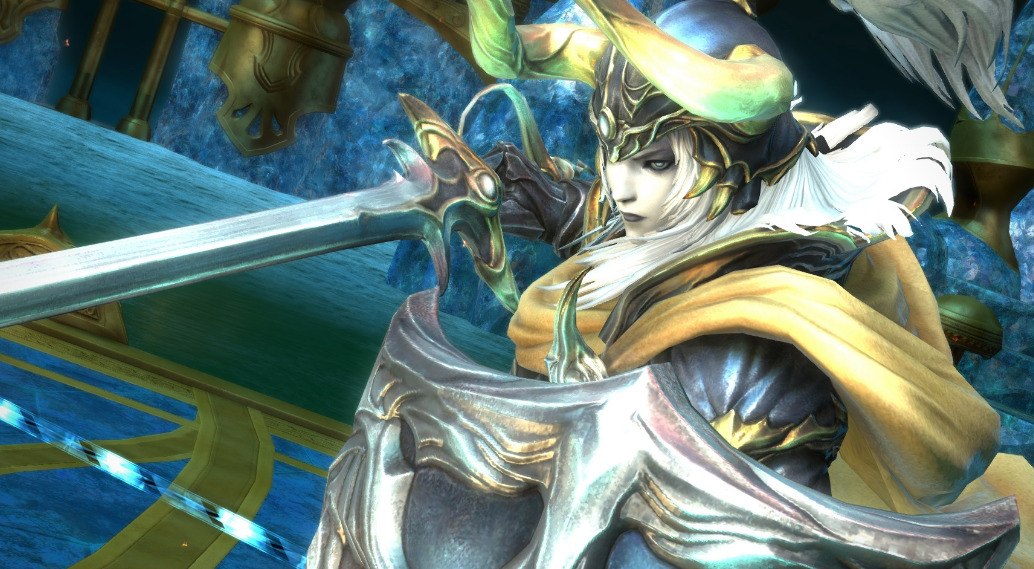 I don’t know if you’ve heard, but 2020 was a very big year for Final Fantasy XIV. Shadowbringers is the most recent expansion, and Reflections in Crystal is the biggest story patch of 2020. Reflections in Crystal is the climax of Shadowbringers and brings a years-long story to a close in such an impactful way that I can’t imagine them topping it for years to come. Through exploring your character’s past, you’re forced to reexamine your actions as a player through the course of the story and consider if what you did was right or not. Through unexpected revelations, you have to come to terms with those choices and understand just what they mean for your future. Was your world worth saving at the cost of another? As you’re forced to work through these thoughts the game climaxes with one of the best fights in franchise history and a conclusion to the story that left me dying to see what comes next. Reflections in Crystal is absolutely brilliant and a shining example of excellence in video game storytelling.

That’s it for our game picks. Check out our 2020 Manga Staff Picks and look out for our anime list, coming soon!