Welcome to the third and final entry in our Staff Picks series, in which we count down our favorite anime, manga, and video games of the past year. We’ve finally made it to anime, and boy was this a hard one! There are over 50 anime series airing in any given season, and here in the US we’ve seen a huge surge in the number of theatrical releases thanks to distributors like GKids and Eleven Arts. It’s a lot of anime to keep track of!

This was a particularly good year for eclectic animator-turned-director Masaaki Yuasa, who put out a TV series and a movie, both of which racked up mountains of praise from critics (including us here at Ani-Gamers). And in terms of US distribution, the player to watch continues to be Netflix, who grabbed fan attention with two major hits — Devilman Crybaby and Aggretsuko — and late last year announced their license of the classic Evangelion TV series and movies alongside a new Ghost in the Shell series and a Cowboy Bebop live-action adaptation. More traditional anime companies aren’t resting on their laurels either; FUNimation, now under the ownership of Sony, broke off their partnership with Crunchyroll, presumably in order to put some of that Sony muscle to use on competing more aggressively on anime licensing. With Crunchyroll (backed by AT&T) and FUNimation (backed by Sony) facing off against tech giants Netflix and Amazon, 2019 may have some big shifts in the anime industry in store.

Without further ado, here are our favorite anime series and movies of 2018. Enjoy, and feel free to chime in with your own 2018 picks in the comments! 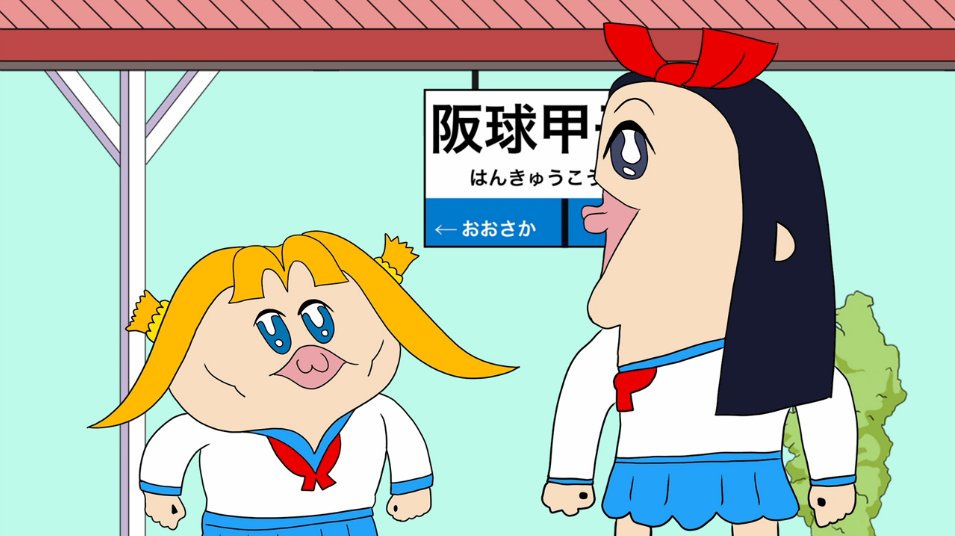 Before this year I mostly knew Pop Team Epic as “That Manga from All the Twitter Memes.” Its anime adaptation could have just been a straight panel-for-panel animated version of the comics, but it's so much more. Essentially, the Pop Team Epic anime is a sketch comedy, with some jokes pulled from the comics and others tailor-made for animation. The series doesn’t stick the landing on all the punchlines, but what makes it so brilliant is how it perfectly translates the manga’s irreverent sense of humor and self-declared status as a “kuso-manga” or “shitty manga” into anime form with jokes that would only work in animation. There are over a half dozen different animation styles from different teams on display, including 3-D animation, stop-motion, and its most infamous sketch, the gross animated vomit that is “Bob Nemi Mimmi,” a.k.a. “Bob Epic Team.” Some sketches are quick-hit nonsense gags, others are elaborate homages to popular anime or 1970s R&B bands, while some even zoom out to show live-action meta comedy. And layered on top of that is the biggest joke of all: each episode is split into two parts with nearly identical animation but different voice actors, and even those voice actors only star in the show for one episode before being replaced by the next pair! Pop Team Epic is much more than a simple meme machine; it’s one of the most daring and consistently surprising anime comedies I’ve ever seen. 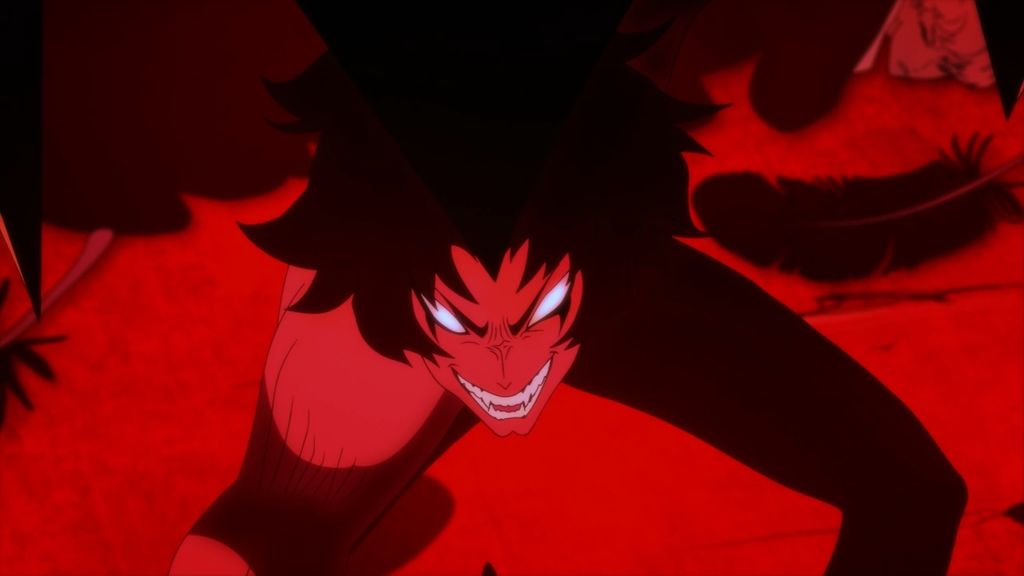 Who would have guessed 2018 would be The Year of Devilman? Masaaki Yuasa’s smash hit TV series marked Netflix’s first major foray into original anime production, and the combination of the binge-watching model (Netflix dropped all the episodes at once) with the series’ unrelenting action and pathos captured nearly the entire anime community’s attention ... and for good reason. Devilman is a blast from start to finish thanks to energetic directing, swirling surrealist animation, and a story that pulls no punches. Characters transform (physically and emotionally), turn on each other, and, yes, die violently and in large numbers — building to a sublime spiritual conclusion (even if it’s all slightly confusing for Devilman newcomers such as myself). Crybaby is so good that, over the course of a mere 10 episodes, it rocketed both Go Nagai and Masaaki Yuasa out of the shadows of hardcore anime fandom and into the mainstream with coverage on big nerd news sites. That should tell you all you need to know. 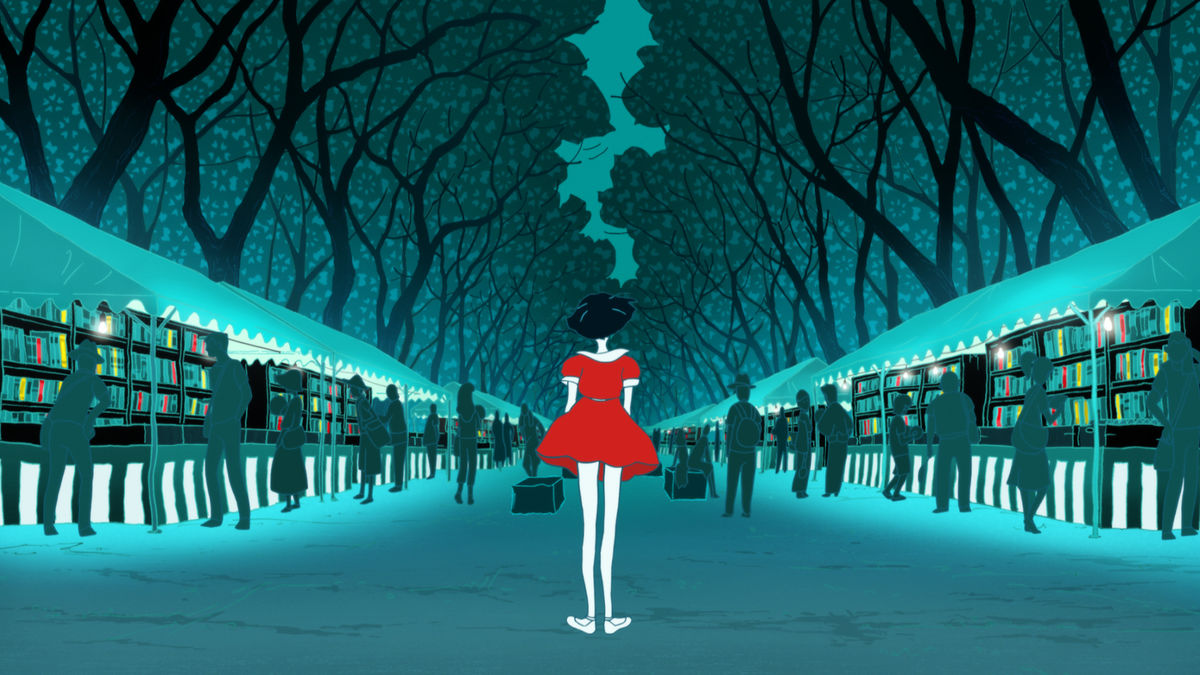 When I first watched Masaaki Yuasa’s Mind Game, I wasn’t a big fan, and yet here I am listing not one but two Yuasa anime in my 2018 Staff Picks. It feels like the idiosyncratic director is at the top of his game as he juggles moods and visual styles across multiple projects. The Night Is Short, Walk On Girl is a follow-up of sorts to The Tatami Galaxy, a TV series Yuasa directed based on a novel by Tomihiko Morimi. Night is Short (both the novel and the film) is set in the same university in Kyoto and shares a few characters, but in place of Tatami’s neurotic male protagonist and Groundhog Day-esque repetition, we get a sprightly young woman out for a raucous night of drinking and an upperclassman desperate to win her affection. Backed by the surreal, cartoonish art of Yuasa and his team at Science Saru, Night Is Short blossoms over the course of 90-odd minutes into a joyous celebration of life and love while delivering a message that dovetails beautifully with The Tatami Galaxy. This year had a lot of competition in terms of anime movies (many of which made it to theaters in the US), and Night Is Short is the clear winner as far as I’m concerned. 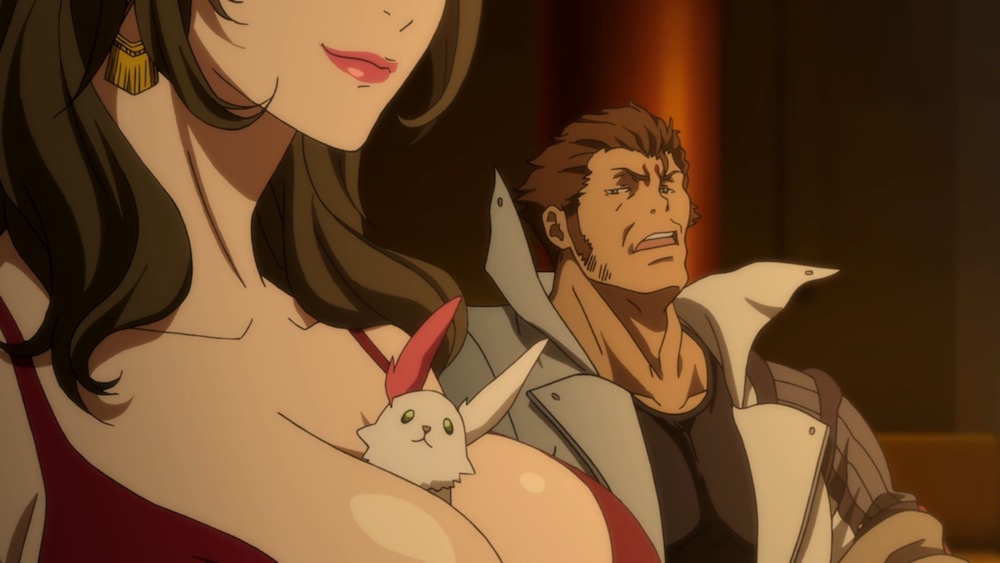 Tokusatsu ain’t my bag, but animate it, and I’m 100% on board … especially if it’s a MAPPA production and a series proven to take chances. While not totally a standalone venture, Garo: Vanishing Line — the third installment in a series about mystical knights and alchemists fighting horrors (entities that overtake humans overwhelmed by negative emotions) – is definitely its own beast. The action and imagination involved in the fight sequences and the monsters are absolutely beautiful, and the characters are simply winning. This is also the first installment of the series set in modern times, and the geographical setting, in another first, definitely seems a North American amalgam. This means everything is big — the heroes, the monsters, the vehicles, the settings, the … meal portions. While the first half of the series constricts itself to a city and explores the hopelessness therein, the latter half is a road-trip buddy movie under the worst circumstances. There wasn’t a thing I didn’t love about watching this week to week, and I bet I’d feel the same if I binged it too. But with this series still living so damned vibrant in my noggin, I don’t even need to. (Available on Crunchyroll.) 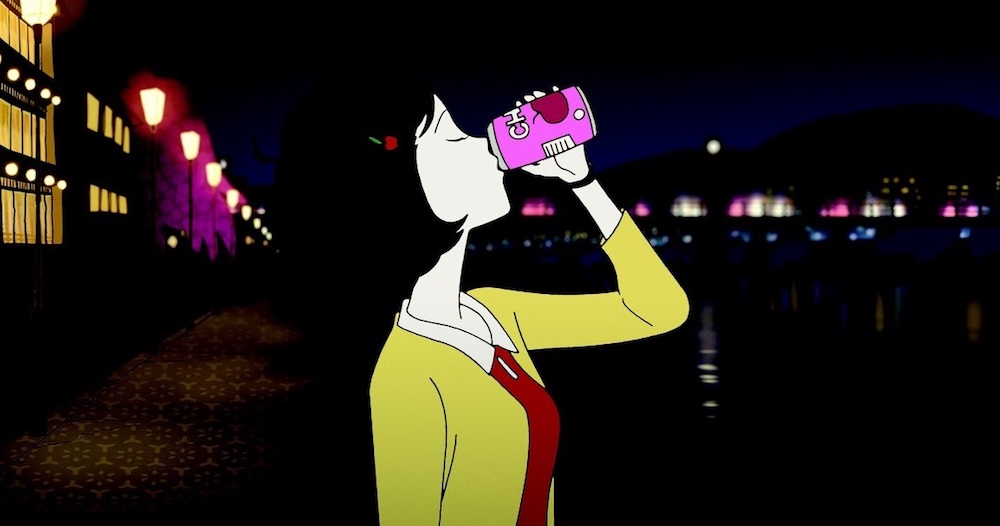 Aside from the hour and thirty-two minutes I spent watching this movie, I cannot remember a single instance from 2018 during which I was completely unable to wipe a stupid grin from my face. I’m a sucker for fairy tales and love stories, and the world in which this movie is set – an even further surreal extension/parallel of the The Tatami Galaxy – is perfect for its mix of delirium and delight. The plot, which is more or less about unapologetically loving life, goes just about anywhere it wants and always with poignancy, but more importantly is its anyhow; Masaaki Yuasa’s Flash-driven, expressionistic animation and adult-focused storytelling result in an absolutely immersive and downright inebriating experience. I’m a huge fan of anything you feel you have to experience multiple times to feel you have a handle on, so I’m super hyped that this title, with its show-within-a-show farce/forte, is coming out on BD on the 29th of January via SHOUT FACTORY. One time at the theater, no matter how blessed I was to catch it, was just not enough. Anime just isn’t supposed to be this good, right? (Available on RightStuf and Amazon.) 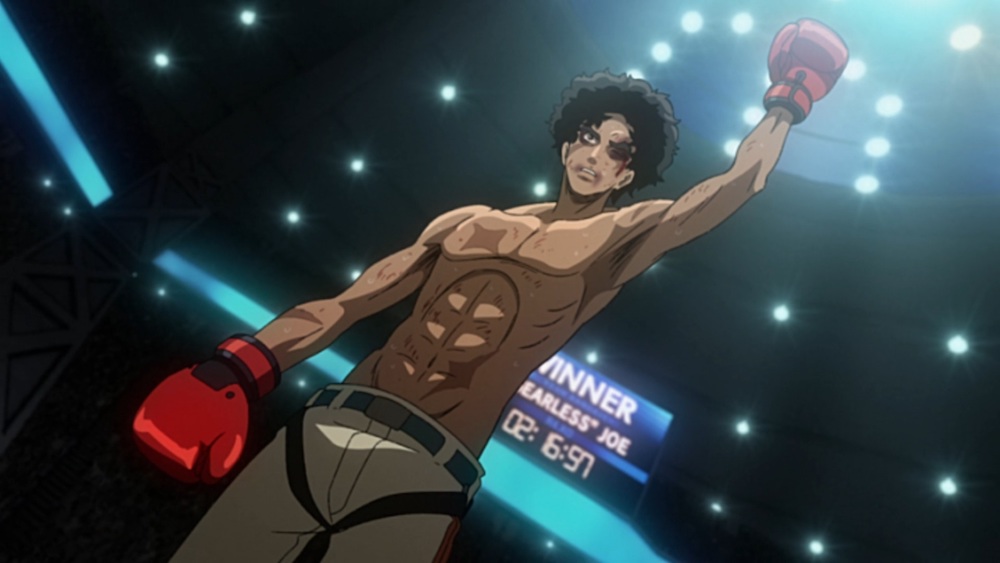 I didn’t read or watch the original Tomorrow’s Joe, but I’ve been curious (even more so after becoming somewhat addicted to sports anime from my time over at Taiiku Podcast). The art and music in the trailer for the spinoff, however, cinched the decision to watch, and I was hooked on the series long before three episodes (probably sometime after the OP rolled for the first time). Aside from its retro-gorgeousness™, the beauty of the series runs way more than skin deep. The general drama of the underdog’s tale and gripping depiction of in-the-ring action ring true of the genre’s basics, but the adeptness with which the story weighs-in on social class and citizenship issues makes this show something truly special and emotionally engaging. The atmosphere is a world divided into dust and steel, where the only interaction is the internal and external battles against the ties that bind. Supporting characters that could easily be one-note are given enough screen time apart from the main character to round out their stories (but never really escape being supporting characters), but their roundness on screen never makes that impression immediate. (Available on Crunchyroll.)

Author’s note: My top three could’ve easily been a Yuasa trifecta with the additions of Devilman Crybaby and Lu Over the Wall, but as with every season, it’s just so hard to nail down three titles that I wanted to showcase more than one phenomenal creator.