Welcome back to Staff Picks, wherein we list our favorite anime, manga, and video games of 2018. In this entry we’re tackling games, though by “we” I mean “just me.” 2018 had a lot of standout AAA games competing for game of the year at various outlets: God of War, Spider-Man, and Red Dead Redemption II, to name a few. The Nintendo Switch came in hot after a remarkable launch year featuring The Legend of Zelda: Breath of the Wild and Super Mario Odyssey, and this year it padded out its catalog with a bunch of popular indie titles and fan-favorites like Super Smash Bros. Ultimate (though it’s hard to top last year’s hits).

But perhaps the most important gaming event of 2018 wasn’t a game release; it was the emergence of Game Workers Unite, an organization bringing together game developers to advocate for better working conditions and pay, an end to so-called “crunch,” and eventually industry-wide unionization. They couldn’t have picked a better time, as the American labor movement is lurching back to life after years of decline and big game studios like Rockstar and Riot are facing backlash from their employees for alleged mandatory overtime and sexual harrassment. And with worker cooperative studio Motion Twin winning Best Action Game for Dead Cells at The Game Awards, I wouldn’t be surprised if we see even more movement toward unions and co-ops in 2019 and beyond.

As usual, my favorites list is far from comprehensive. There are only so many hours of gaming I can fit into the year, and I had to leave some brilliant games off the list in the interest of restricting myself to three choices. Enjoy, and feel free to chime in with your own 2018 picks in the comments. 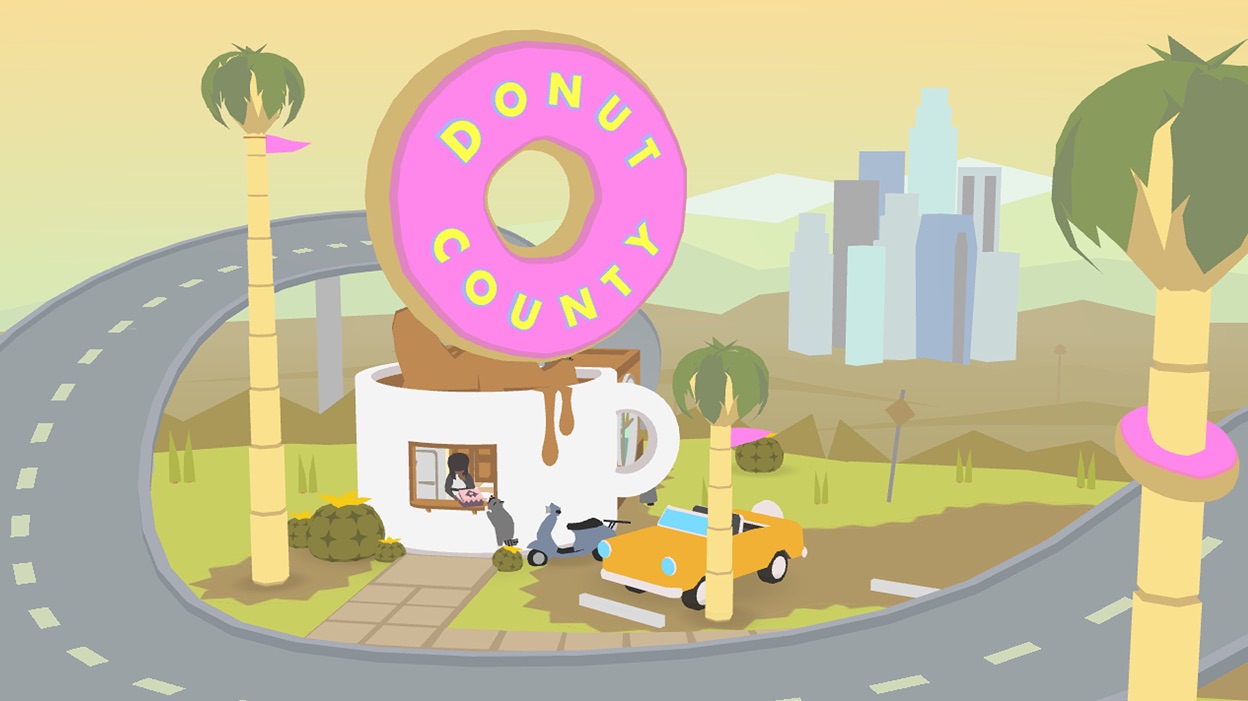 Believe it or not, Donut County’s indie dev creator Ben Esposito went to college with me and David, where I mostly knew him as the head of a student-run music venue and the drummer in an ironic surf-rock band called No Backsies (with gems like “I Bought a Sex Pistols V-Neck at JC Penny”). So I’m not too surprised at the premise of Donut County — a short game in which a rogue raccoon working at a donut shop somehow manages to swallow up his entire town using remote-controlled holes in the ground. Of course its dialogue is infused with the kind of contemporary snark that made me fall in love with Night in the Woods, but the real core of Donut County is its simple, oddly soothing main mechanic: you control a small hole that grows larger the more objects you put in it. It’s basically Katamari with some additional puzzles introduced in each level to keep things from getting too repetitive. And at the end, through all the irony and twee imagery, Donut County has something to say about gentrification and the different lifestyles that make up American communities ... or maybe it’s just about donuts. Either way, it’s well worth your time. 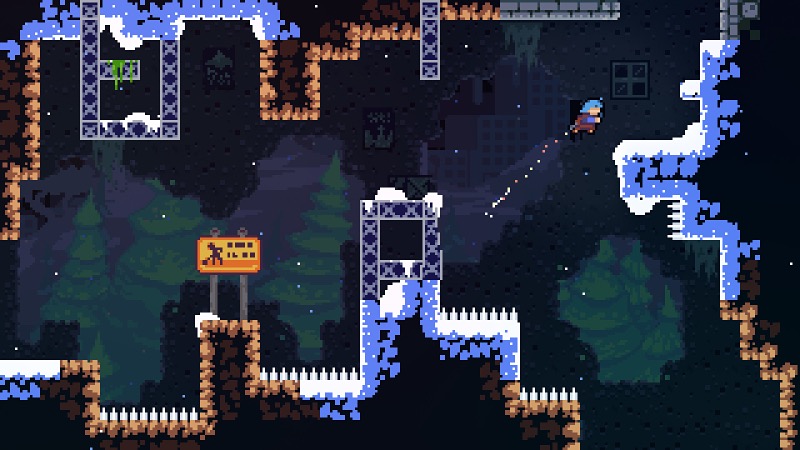 One of my most challenging and yet satisfying gaming experiences of 2018 was playing through Celeste on the Switch. From the developers behind the hit multiplayer game Towerfall: Ascension, Celeste is a single-player 2-D puzzle platformer where you must combine precise jumps, dives, and wall-climbs to avoid spikes, pits, and enemies. And yes, like many other indie puzzle platformers, it’s a cruel and unforgiving game. (I died over 2000 times in total!) There were a few times I almost threw my controller in rage, but those rare moments of frustration were balanced out by long stretches of beautifully balanced (and beautifully rendered, I might add) puzzles. Most of the time, Celeste feels just hard enough to make each success feel earned and offers additional challenges for players who start to feel like things are getting too easy. (The latter definitely did not apply to me). It also does a great job of introducing new mechanics piece by piece and using them in really smart ways to force the player to rethink their approach to a problem. The story, of a character climbing a magical mountain and battling the physical manifestation of her own depression, is a little on the nose, but I have to admit I was a bit charmed by its unpretentious sincerity. This is an excellent follow-up to Towerfall, and I’m excited to see what Matt Thorson & co. put out next. 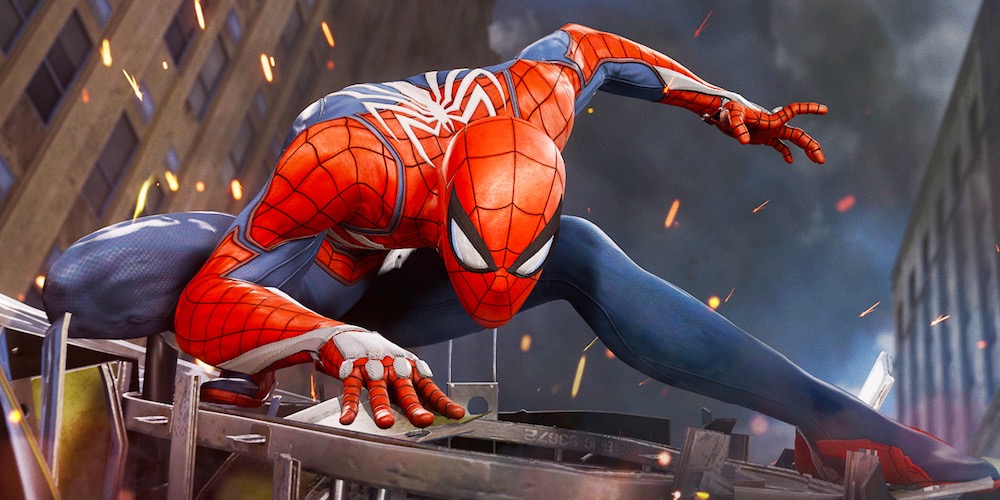 I admit it: I’m a sucker for all things Spider-Man. I watched Spider-Man: The Animated Series as a kid, I was ecstatic to see Tom Holland’s Peter Parker join the Marvel Cinematic Universe, and I have some very fond memories of Spider-Man 2 on the original Xbox. That game was the first in the series to introduce more realistic web-swinging physics and an open-world map of Manhattan. Spider-Man’s 2018 reboot is very much a spiritual successor to that experience, though Insomniac Games has taken some lessons from Assassin’s Creed this time around. When I play a Spider-Man game, the point is to feel like I am Spider-Man, to get that sense of inertia and acrobatics as I swing around New York. This game captures it perfectly; even when it devolves into ground-level scrums with thugs, it incorporates gadgets and aerial moves that differentiate the experience from its assassin cousins. The brand-new Spidey story is delightfully ambitious, digging into the rogues gallery to show off reinventions of many of the hero’s classic foes (not to mention new allies like Miles Morales, who got his own share of the spotlight in 2018). It’s all such a big, fun celebration of Spider-Man that I can almost forget its weird pro-cop politics.

For more 2018 Staff Picks, check out our manga list and look out for our upcoming anime list!