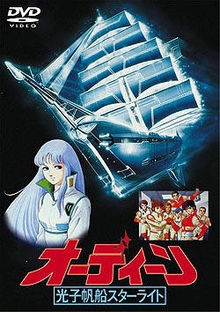 I’ve spoken before about those creators who have their own little mental playgrounds. But even for all their excess, they have a master. Someone to aspire to. Tomino is big, yeah. Miyazaki is too. But they are not crazy, not really. It takes a special kind of crazy that allows for intelligence and insanity in one package. The man in question who lays claim to such a title is Yoshinobu Nishizaki. He was glorious. Sadly, he passed away in 2010, so we genuinely have been robbed of a great producer of anime. He helped create Space Battleship Yamato, or Star Blazers, as the US version was known, but he was famous for more titles than that. One of his films, released in 1985, could be the craziest film ever made. Supposedly the first in an unproduced trilogy, pretty much everyone who worked on the film has either ignored they worked on it or have disavowed all knowledge of participating in it. A crazy sci-fi, glam rock-soundtracked epic, it is the one and only: Odin.

Odin may be the only film where having no plot might work for rather than against it.

Odin, or to give its full English translated title, Odin: Photon Sailer Starlight, is supposed to be the story of humans starting to explore the stars and subsequently meeting the creators of the human race via encountering the remains of the servants they left behind. We learn we share a common ancestry with our alien kin, destroy their servants who have gone mad, and then step out onto the road that leads to our origins. Now before you scream that I just ruined the plot of the film, remember what I just wrote is supposed to be the plot. You can ignore what I just said. It’s certainly what happens but that’s not what happens. Odin may be the only film where having no plot might work for rather than against it. Because this film is about showing off both on screen and off screen. Nishizaki wanted to create an answer to those naysayers who claimed that he only achieved success on Yamato with co-creator Leiji Matsumoto’s help. He had tried before to capture lightning in a bottle with things like Thundersub (it’s like Yamato but at sea! And in space for a few episodes!) but now he gambled that by bypassing a TV series and going straight to a movie, he could clean up like he did with the Yamato movies that he had already produced. It might have paid off if not for the off-screen antics of the film’s staff. With as many as four directors and as many writers, it was a disaster waiting to happen. Some directors would apply themselves to the animation and ignore character development while others tried to inject pathos and ignore the world building. The result is a story where people stand around giving rousing speeches, do stupid impulsive things, destroy stuff, talk some more, then figure out massive plot holes with simple deduction. Huge ships sail through space like the creators saw the effects work in Star Trek: The Motion Picture and said "we can do that but do it slower." With a ship that sails in space. With space sails, I fucking kid you not. 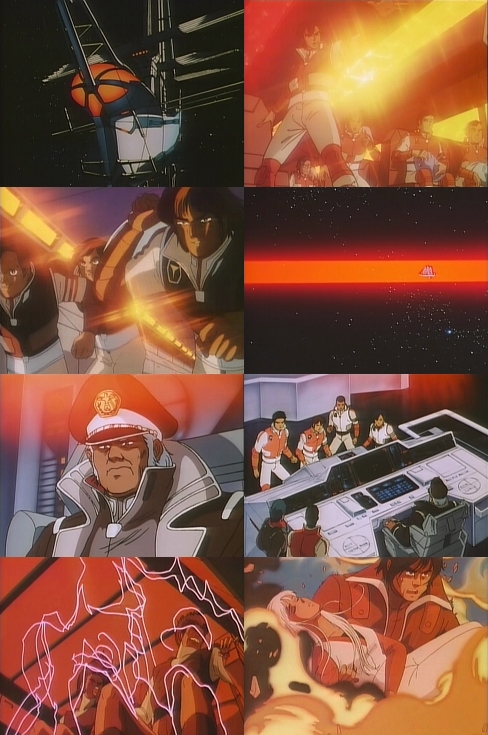 There’s no point in talking about the cast. Think of any and EVERY cast from a 1970s/80s space opera and then imagine them in the uniforms in the screen shots above and below. The hothead, the leader, the porky one, the young turk, the crusty lecherous doctor, the mysterious (and available!) female, the grizzled  captain, the even more grizzled quartermaster. They’re all here and they are all running around, running away, screaming, shouting, shooting, talking, telling us and themselves the plot and its holes while high-fiving each other every time they figure out anything. They are so busy, they needed another movie for themselves on top of this monstrosity. This two-hour-plus monstrosity. 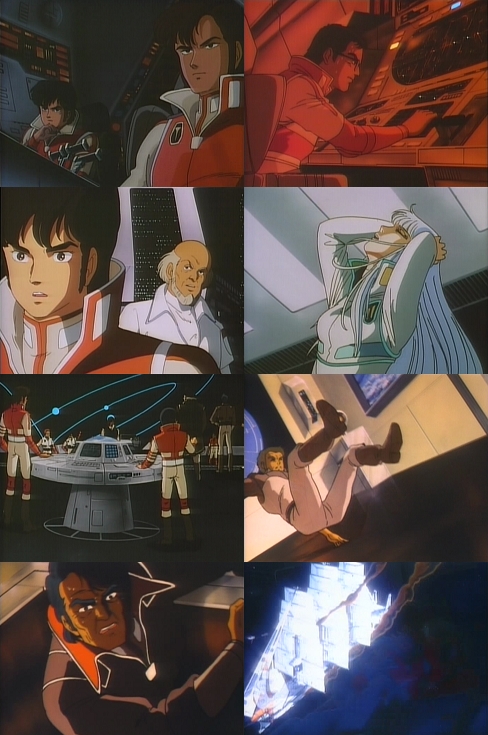 If it doesn’t kill you, it will leave you in a punch-drunk stupor.

Yes, this garbage is over two hours long. I have broken members of my family watching this film. It just keeps going on and on. And on and on. And on and on. And on! It feels like it will never end. That you’ll be trapped with this hellish story and crazy unlikable cast forever. If it doesn’t kill you, it will leave you in a punch-drunk stupor that could rival most narcotics while its soundtrack lulls you into a bombastic power coma. Oh yes, even Japan had an '80s power metal music era and Odin was not only in the middle of that era, it got one of the most batshit insane bands, Loudness, as frontrunners for the music. Loudness, in this project at least, should really treated like a concept, not a set of music creators. Because the same title track plays more than twice in the film, the lyrics of which make no sense. And the end credit music! Well, it’s probably best to let it wash over you while you drink it down with some bourbon. Holy Christ, if I hadn’t heard it myself, I’d have doubts it could exist naturally. Couple that with a normal spacey-operatic score by Fumitaka Anzai, Hiroshi Miyagawa, Kentaroh Haneda, and Masamichi Amano, and this film has few depths it won’t go to and try and impress me. 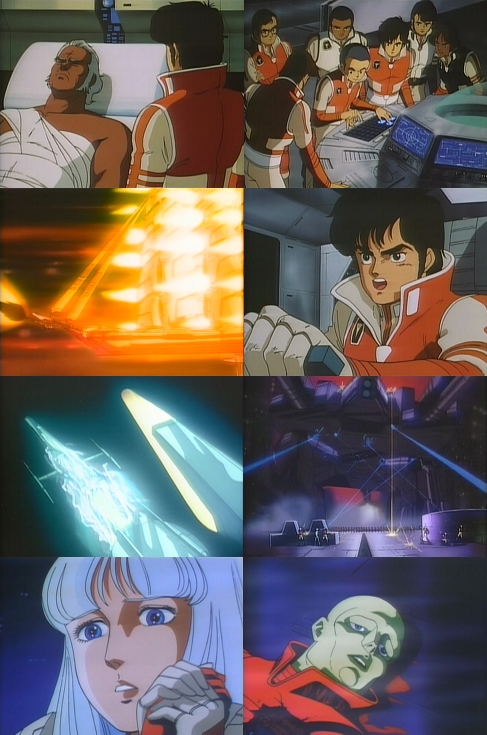 The film’s creators deserve the proper credit for finding the greatest voice cast in Japanese entertainment at the time and then sticking them in this atrocity. According to eyewitness reports voice actress Keiko Han, who played the sole female lead, blanks when you bring up the subject of Odin. Though if I were asked to pull off the lines that Miss Han did, I’d go numb from the neck up. Speaking of the cast, the English side of things is legend as we say here in Dublin. The English script, everyone decided, should just go with it and to hell with sorting out meaning, tone, and inflection. They did all the work and then CPM boss John O’Donnell saw the finished product and did the only logical thing: he took a chainsaw to the running time. As if the film couldn’t get any better, O’Donnell made things super awesome by taking out bits in a film struggling with making sense as it was. The story of how Odin arrived in the United States is a legend in its own lunch time. I defer to Anime World Order and Mike Toole of the Internet as to the particulars. 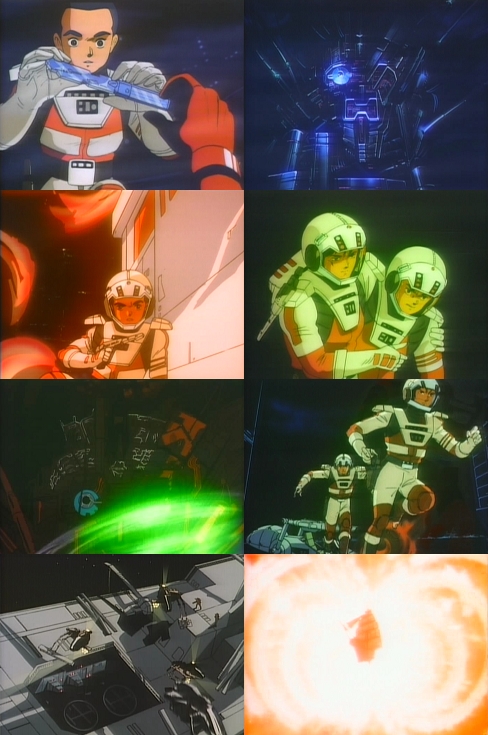 The thing is that after reading this, you might think that I hate the movie. And you’d be right, I do hate it. It’s one of the worst movies and one of the worst pieces of art it’s been my sorry duty to watch. On the other hand, even after hearing about how awful it is, why the hell would I spend $40 USD on getting the special edition of this thing? Because even after watching it (no, witnessing it would be a fairer appraisal), I can’t look away as I behold the crash. Plus it really does look gorgeous and inside the guts of the film was a good story trying to get out that got killed by, well, everything. 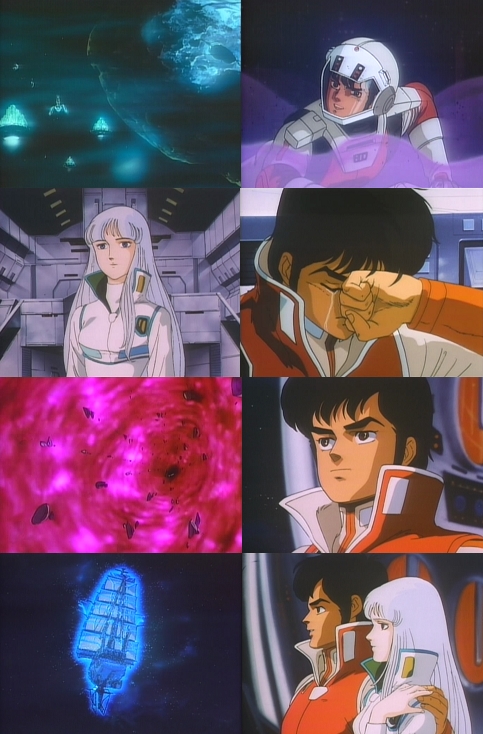 The film remains a stupefying experience, drawing in new viewers all the time.

This Christmas, I want to give you the gift of experience. Specifically, my experience with this movie, both the good and the bad. This movie should have been amazing. It was produced by one of the most successful producers in Japan. It starred the biggest casts, including Keiko Han, Toshio Furukawa, Goro Naya, Hideyuki Hori, Norio Wakamoto, Tessho Genda, and Tohru Furuya, and had some amazing artists working on it. It had an '80s power ballad and heavy rock soundtrack for God’s sake! And it was produced in one of the most active decades of production variety so far in Japan. But too many cooks, too little control, an insane plot, terrible script writing, and poor standards all round means it was never destined to rise above being atrociously amusing. But despite it all and what could have been, the film remains a stupefying experience, drawing in new viewers all the time. Those who discover it find themselves waiting for the end and then belting out in terrible Japanlish/Engrish the lyrics as the credits roll. Some of my Internet-based friends love Odin. Some even have gotten posters, scrolls, DVDs and more to do with the film. All of them have seen the same film I have and had the same part of their brains rewritten (you know, the part to do with good taste?). So we are all crazy and you should should be too. Come on, fly alongside our ship against orders, toast the mizzenmast and fire off a laser aerial or two.

There are two DVDs of Odin from CPM. One is just the English dub cut and can still be found online. The harder to find Director's Cut (yeah, there’s oxymoron if ever there was one) version is the one to own with both cuts on the disc. Good luck finding it, though.

One final thing: the obligatory YouTube video. All together now!!!!