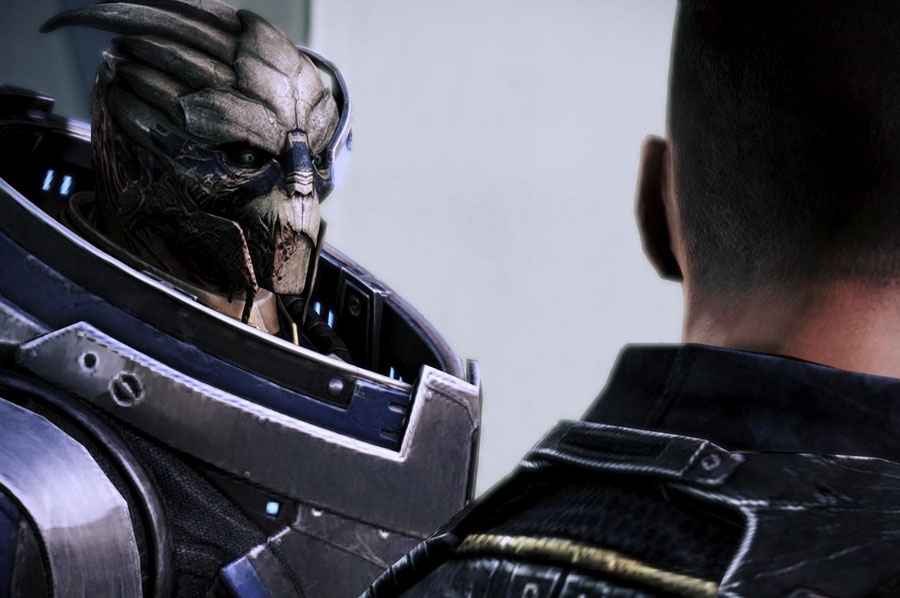 Spoiler Alert: I sure hope you've played Mass Effect 3, because otherwise you might find a couple spoilers for the end of the game in here. There's nothing Earth-shattering in terms of revelations, but if you'd rather not get any inkling as to location and circumstance of the game's final mission, steer clear.

For me, Mass Effect has always been an intensely personal experience. Over the course of three games, I felt a strong attachment to many of the characters, and some of the more emotional moments in the third game made a powerful impact on me.

One of my favorite of these moments in Mass Effect 3 is the final conversation with Garrus Vakarian at the Forward Operating Base on Earth. Commander Shepard (male in my case) and the turian soldier exchange jokes and try to reassure each other before they head out into battle, and the interaction perfectly sums up the relationship between the player character and his steadfast comrade.

"Not sure if turian heaven is the same as yours," says Garrus, "but if this thing goes sideways and we both end up there, meet me at the bar. I’m buying." We are reminded here of Garrus's easygoing exterior, a facade that hides a man deeply concerned for the future of his galaxy and the lives of his friends. As he and Shepard rib each other with the carefree ease of longtime friends, there is a tangible sense that this could be the last time these two ever see each other. In a nice touch that shows how Shepard’s team has grown over time, Garrus even references a human idiom he learned from new teammate James Vega: “May you be in heaven half an hour before the devil knows you’re dead.” Somehow, this crab-like alien feels more human than most of the human characters in this game. 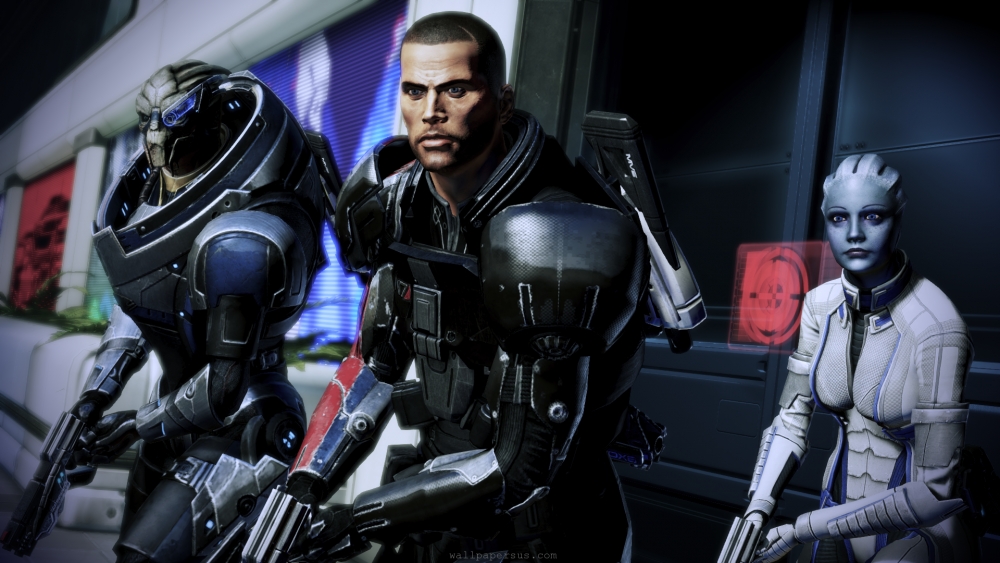 Like any good farewell, the experience is bittersweet. For someone who has played all three games with Garrus at their side, the memories of time spent with him mix with the knowledge that the story of these two friends is likely going to end. (As my Shepard says, “there’s no Shepard without Vakarian, so you’d better remember to duck.”) From a roleplaying perspective, there is a strong sense of tragedy here, but even from the more pragmatic sense of someone enjoying a video game, there is the sadness of a good narrative reaching its conclusion and the knowledge that there won't be any more to be seen of it. This is a solemn, heartfelt farewell to a fan-favorite character.

While many players come to Mass Effect for the sci-fi action or the space politics (both things I very much enjoy), as far as I’m concerned, it's these quiet moments between characters that really make the games so spectacular.

Snapshots is a monthly column in which one of our writers describes and analyzes a particular moment from an anime, manga, or video game. This particular Snapshot was supposed to go up last month (June), but things got in the way, so July will now have TWO Snapshots! To read previous entries, click here.