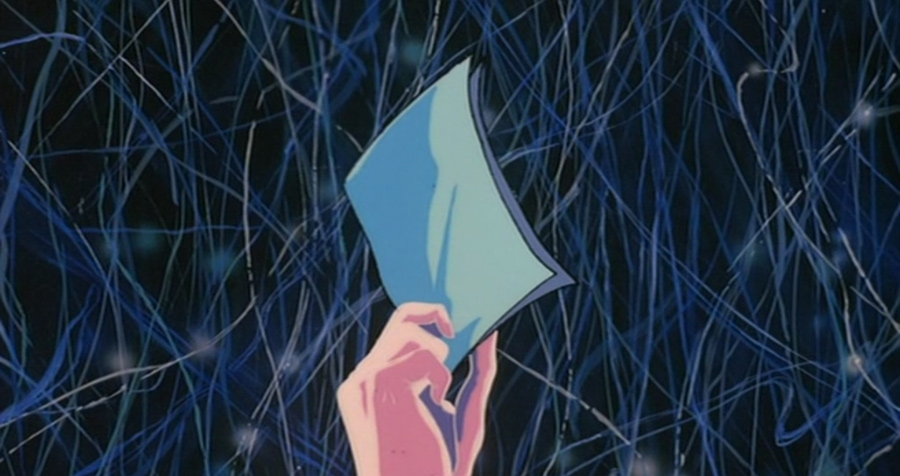 Spoiler Alert: I'm going to spoil the end of the 1984 anime Macross: Do You Remember Love? You've been warned.

"Show, don't tell." It's an age-old axiom that reminds writers to let the story tell itself, to not weigh it down by trying to explain every idea and plot point too clearly to the audience. They should know what the work is trying to communicate by what is shown through either narrative description (in the case of prose) or on-screen events (in the case of film). Anime is typically pretty bad at following this rule, but the best directors are masters of it. For this month's Snapshot I'm going to talk about a scene directed by the late Noboru Ishiguro (Space Battleship Yamato) and written by Shoji Kawamori (Escaflowne), a scene that caps off an epic space adventure with an intensely personal, expressive moment — all without a single word of dialogue.

It is the final moments of the classic 1984 film Macross: Do You Remember Love? Our hero, giant robot pilot Hikaru Ichijyo, has overcome not only an evil alien battle station but a bitter rivalry between two of the women in his life. Lynn Minmay is a wildly successful pop singer aboard the giant refugee spaceship Macross. Misa Hayase is the ship's mature and level-headed first mate. Since being stranded in the equivalent of a deserted island with both women in turn, Hikaru now has to choose which one he truly loves. 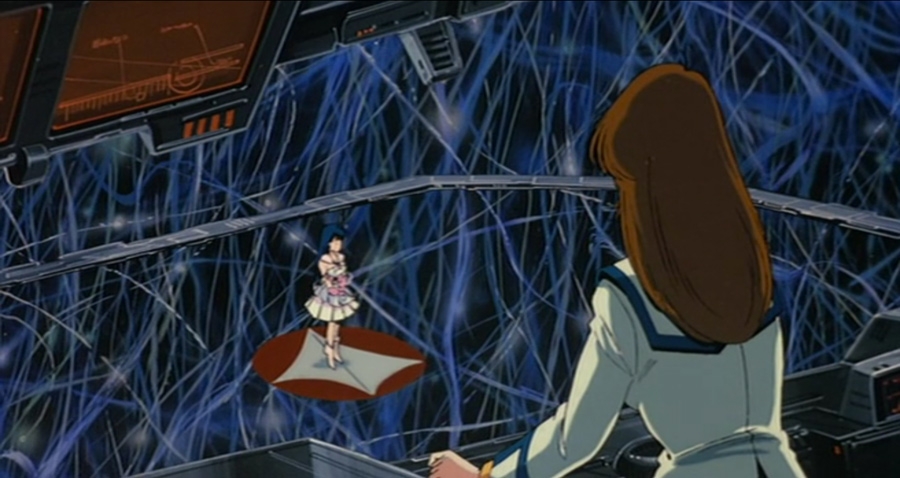 After much deliberation, the pilot chooses Misa, but there's no time for romance! An impending attack from the Zentradi aliens requires two parts of an alien song — melody from Minmay and translated lyrics from Misa —  to be combined to confuse and disarm their culture-deprived assailants.

Minmay, however, is furious over Hikaru's choosing Misa and refuses to sing, even though this means dooming the Macross. She is convinced eventually, and her haunting performance of "Do You Remember Love?" secures a victory for the Macross. In these final moments, as the crew savors the sweet taste of victory, Minmay turns her gaze to the bridge and a watchful Misa and raises over her head the white sheet of paper containing Misa's lyrics. It is at once a white flag of surrender and a recognition of Misa's contribution to this victory. Amid all this celebration, Minmay has resigned herself to losing Hikaru. 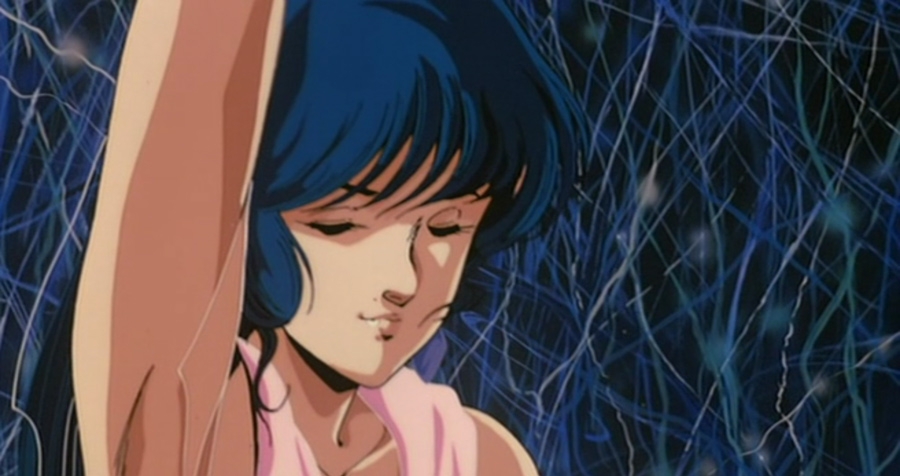 Misa's response is equally gracious; she smiles and shakes her head. Misa may have won Hikaru, but it was Minmay's singing that saved the entire Macross. At this point, viewers can see how much these characters have grown, especially Minmay. She is no longer an immature girl. She has become a woman, a hero. Only through this maturation, through Minmay learning that some things are bigger than individual desires, was the Macross able to win the day. 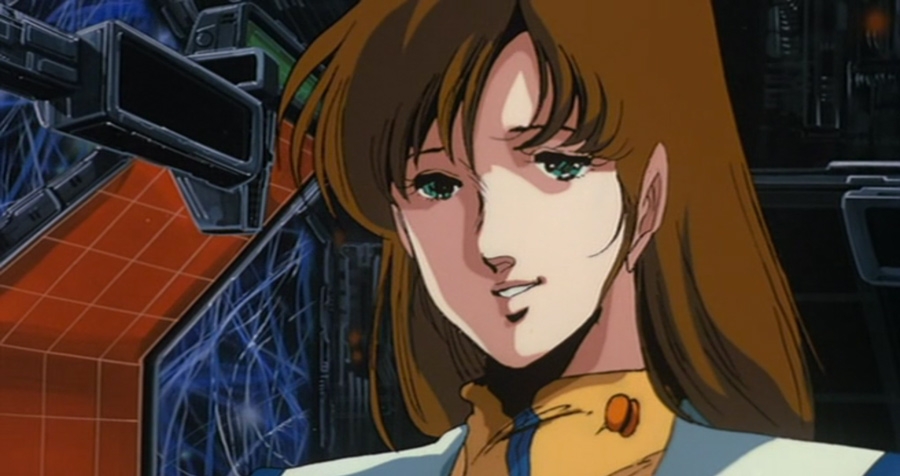 I uphold that this scene is one of the best endings in anime, right up there with Millennium Actress, Cowboy Bebop, and 5 Centimeters Per Second. It's a wordless acknowledgement of the overall message of Do You Remember Love? It shines a light on the thematic framework of the movie without letting you know that's what it's doing. This is what "show, don't tell" is all about.