Here it is, the third and final installment in our Best of the 2010s series! We’ve gotten manga and video games out of the way, so it’s time for anime.

If you’re just tuning in, here’s how it works: our three contributors (Evan Minto, Ink, and David Estrella) each ranked their top anime series and movies released between 2010 and 2019. We scored them all based on their positions in the three lists, and came up with a single combined list of 10, which you’ll find below. We haven’t seen every anime out there, so there may be some conspicuous omissions, but of all of our lists, this is the one we’re most confident in. That’s mainly because the contributors covered over 120 titles between the three of them! The full lists for anime, manga, and games, including our individual rankings, are now available on the Ani-Gamers Patreon.

Below you’ll find everything from lo-fi comedies to tragic war stories. And befitting the many ways anime is produced and distributed, our list contains TV series, net animations, short films, big-budget feature films, rotoscope animation, and more. It’s been a great decade for anime, and we hope you find something new (er, more like old) to add to your watch list. Enjoy, and feel free to chime in with your own picks in the comments! 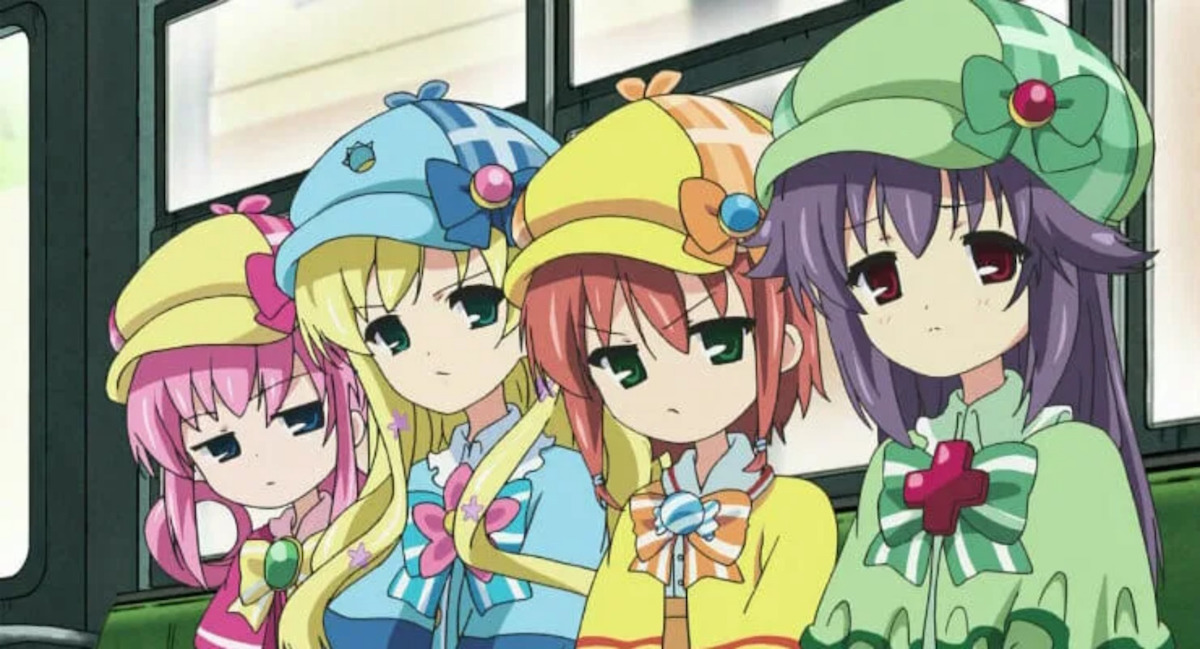 David Estrella: No one believes me when I say that Milky Holmes II is an essential anime and frankly, I don’t have the wherewithal to argue with close-minded idiots that have had the bulk of the 2010s to listen to me for once. If you have to ask, it’s already too late for you but in case you’re 14 and your first anime was a post-Bleach shonen thing, Milky Holmes is a comedy that begins as a mildly amusing goofy slapstick magical girl detective cartoon and soon spirals out into an insane spectacle that completely incinerates all the other halfway passable, middle-of-the-road multimedia schlock that used to get made before it all became indistinguishable idol gacha crap. Someone went highly off-script on this production and every Milky Holmes afterwards is not even worth mentioning next to these first two seasons. Between this, gdgd Fairies, and Teekyu, the last breaths of creative expression in TV anime were all concentrated in 2012, and before we knew it, it was gone. 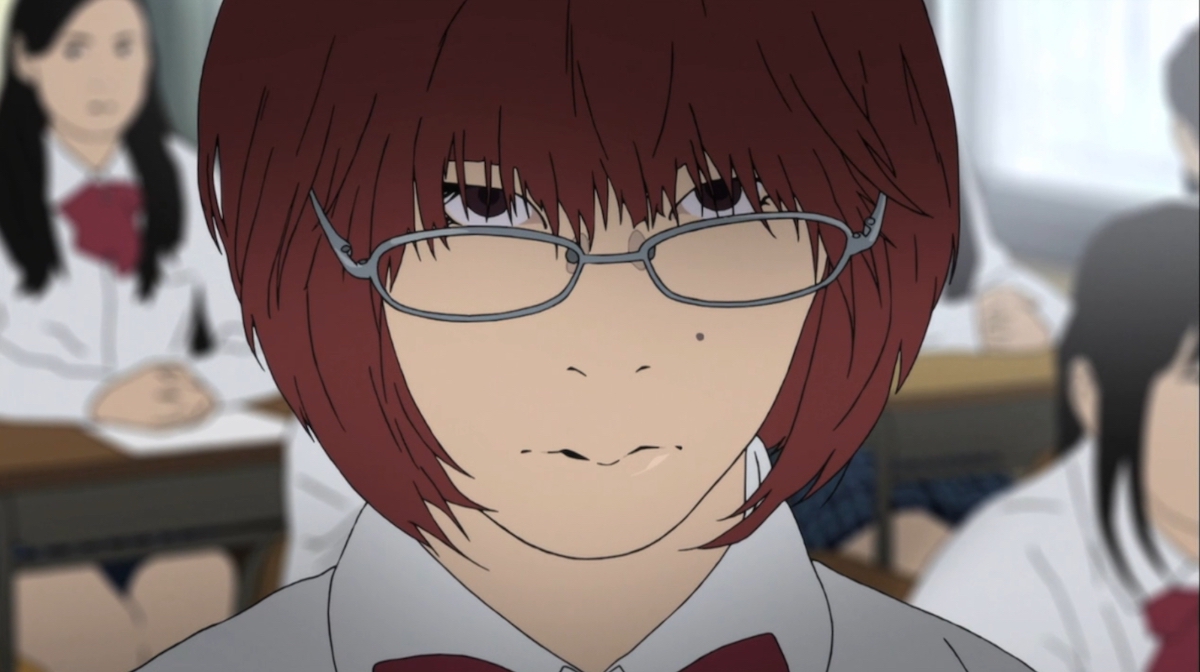 Ink: As far as manga adaptations go, hell, as far as film goes, Flowers of Evil is nothing short of a masterwork. Layering animation atop live action (rotoscoping) to emulate the basic premise behind the poetic movement so treasured by the “tortured” protagonist … not to mention actually including relevant, inspirational poems, Director Hiroshi Nagahama takes great risks – from pacing to form and even content – and sticks the landing with technical and emotional force to improve upon the source material (even though the anime only adapts half the manga). It’s an anime that reveals how beautiful ugliness can be and vice-versa. 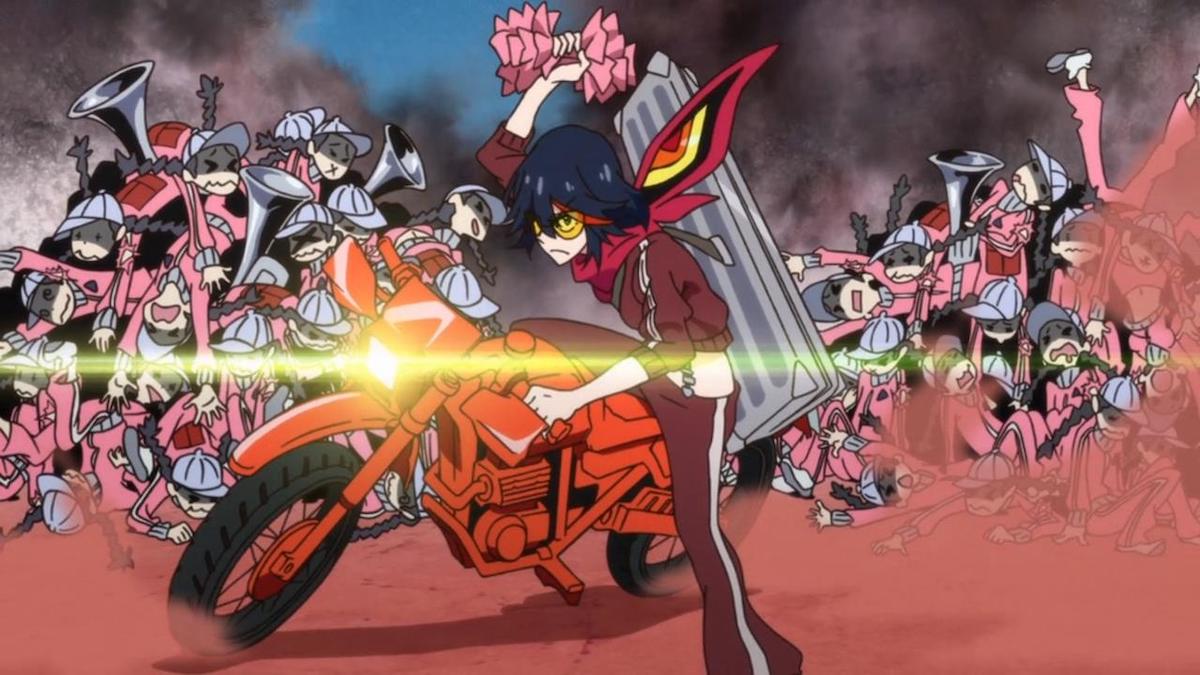 Evan Minto: There’s nothing quite as enjoyable as watching Hiroyuki Imaishi and Kazuki Nakashima go to town on an anime TV series. Kill la Kill is a bonkers ride from start to finish. It’s got superpowered talking school uniforms, nudist secret societies, fanservice so obnoxious it somehow becomes cool, and a never-ending parade of shocking heel-turns. There’s something in there about fascism and the fashion industry and maybe if you squint hard enough you can argue it’s feminist, but the most important F word when it comes to Kill la Kill is “fun.”

David Estrella: I don’t think I’ll ever fly to Japan for the sake of seeing an anime film on opening day again, and fortunately Kizumonogatari was such a peak for cinema that I’m perfectly fine with that. Kizumonogatari left me fulfilled in a way that people with weaker immune systems would pass on to the hereafter upon leaving the theater. It’s not a coincidence that my interest in anime tanked severely once the Kizu trilogy wrapped up since, with a few rare exceptions, very little anime possesses the same ambitious spirit as I found in Kizumonogatari. While Makoto Shinkai is busy making extended Apple commercials under the guise of magical realist teen romance films, I’m really finding it easier and easier to call the anime medium completely and totally solved as early as 2017. 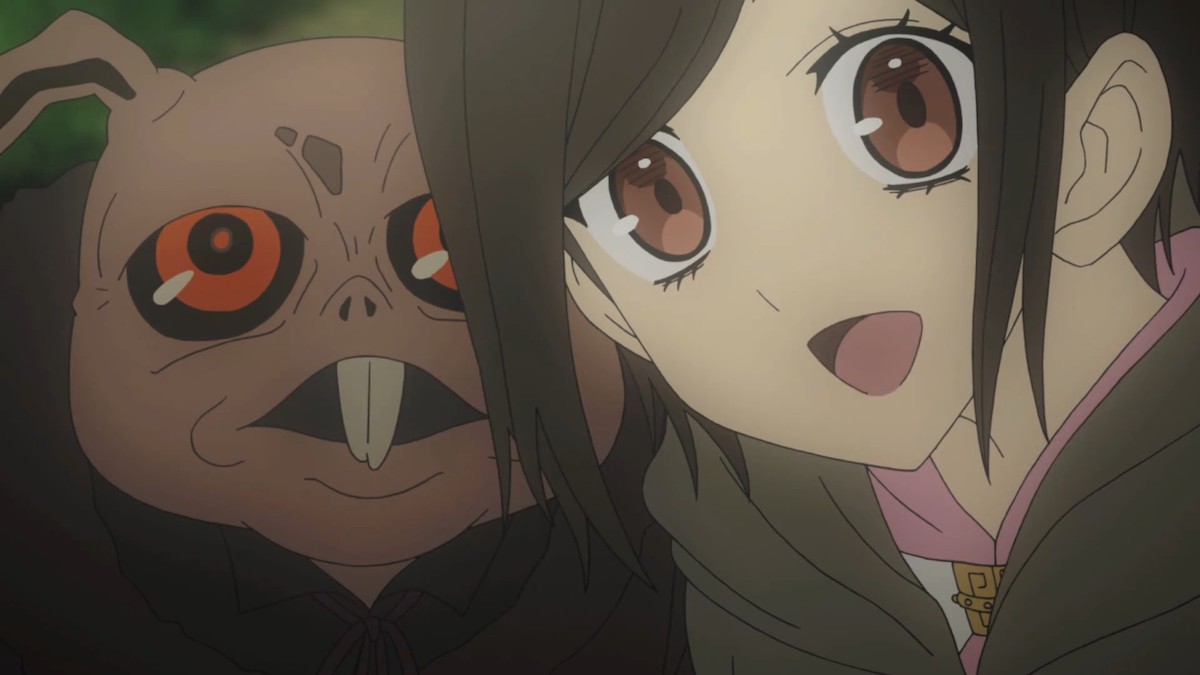 David Estrella: Due to circumstances outside of my control, From the New World appears higher on the list over the definitive best anime of the decade and I’m stuck writing about it. I’ll play along if only because From the New World is a great show that deserves another look to appreciate how much it was doing within the boundaries of weekly 24-minute episodes. Adapted from a science-fiction novel that will never be translated and published into English, it’s the rare sort of anime TV show that gets its hooks in early and continues sinking them in until the thought of taking a break before reaching the resolution is unbearable. 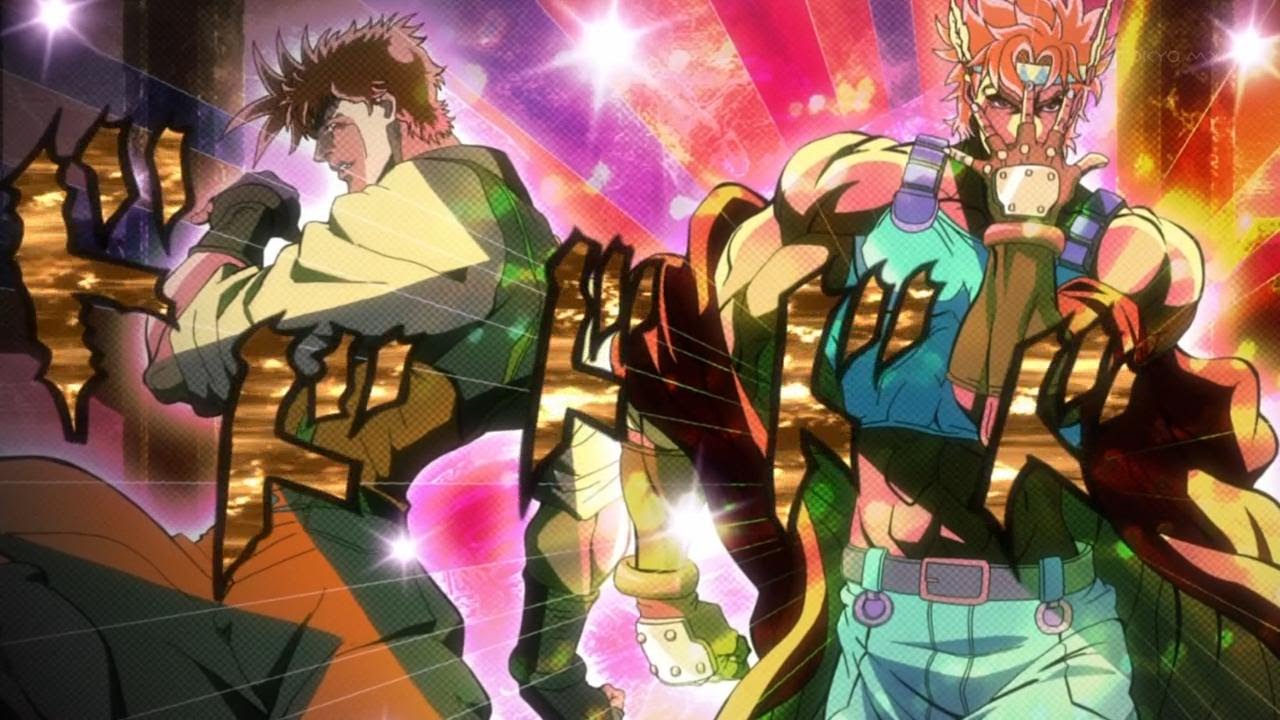 David Estrella: The loudest JoJo people say that Stardust Crusaders is the best JoJo, then two camps split between Diamond is Unbreakable and Golden Wind say their JoJo is the best JoJo, and then I’m the obnoxious voice in the back that hoots and hollers anytime someone says the phrase “Battle Tendency.” All the other JoJos are technically more sophisticated than the first couple of parts, but none of them really match the sheer power of that initial hit, those two amazing openings, and the actual best JoJo, Joseph Joestar, voiced by Tomokazu Sugita giving the performance of a lifetime. At the very least, we will all be haunted by Roundabout memes for as long as JoJo remains relevant. 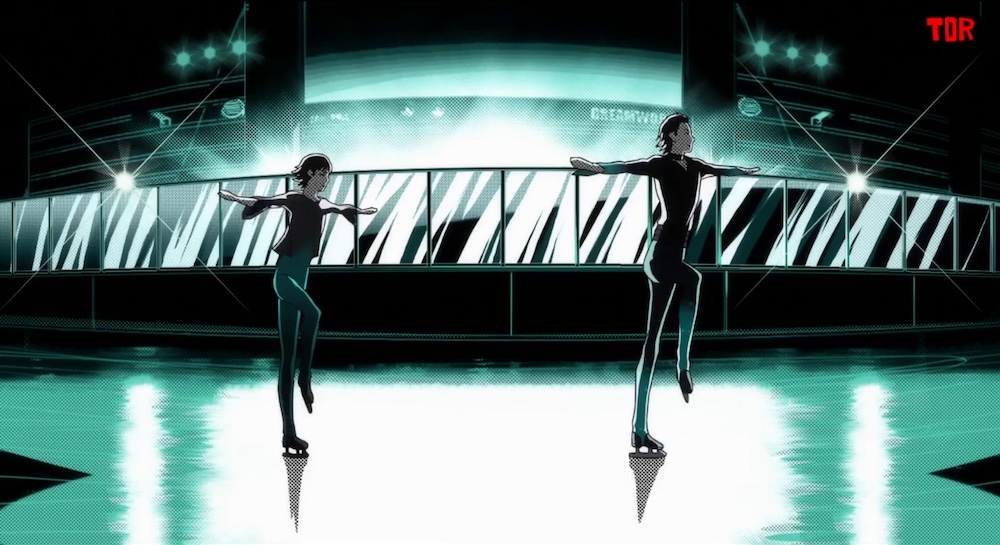 Ink: Storytelling that relies solely on visuals is seemingly rare in anime these days, and even though Sayo Yamamoto’s Animator Expo figure skating short (which led to the more verbose Yuri!!! on Ice) is backed by a perfectly expressive song by Hiroshi Nakamura, the latter is made superfluous thanks to emotionally soaked movements and settings, laudably implemented surreality, seamless flow, minimalist color palette, and evocative texturing. Seven minutes (if that) lays out, engrossingly, a complete story of inspiration, infatuation, and (ultimately) realization. Ignore the East German judge; the passion and implementation is a 10/10. 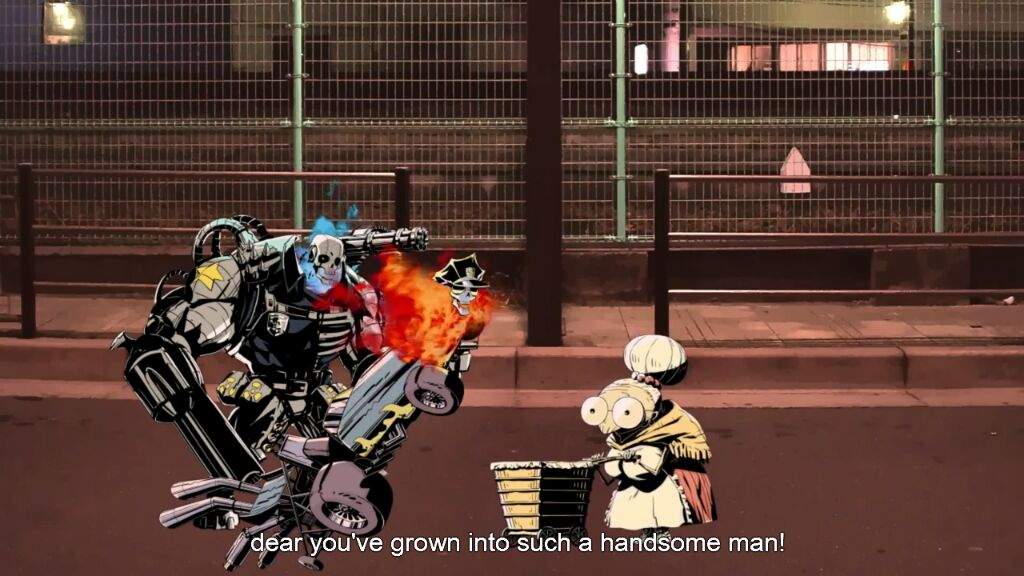 Evan Minto: “Best of” lists like this one have a tendency toward “high” art, toward stories about Big Ideas and Important Subjects. Inferno Cop is the lowest art of all: a series of nonsensical, lo-fi cutout animated shorts written with the reckless abandon of children playing with action figures. It’s also one of the funniest anime series in a very long time, and certainly one of the best comedies of the decade. It’s only fitting that it served as the world’s introduction to Studio Trigger, who closed out the 2010s with their smash-hit feature film Promare. 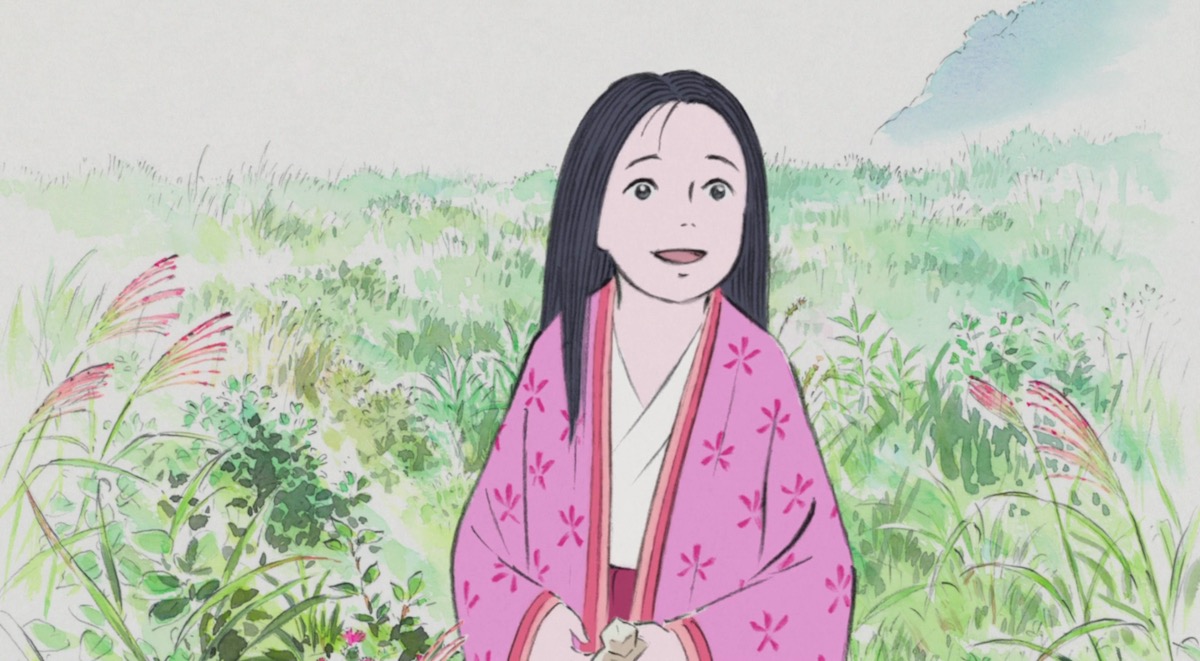 Ink: The recently late and perpetually bereaved Isao Takahata was, ironically, given the work about which this blurb is written, a realist compared to Ghibli co-founder’s (Miyazaki) escapist tendencies. Why, then, is this retelling of a very familiar folktale in The Tale of Princess Kaguya so powerful? Because the characterizations are as palpable as the animation is expressive; there are few scenes in the all of anime that draw breath like those of the MC’s dashing sequences. The art itself is simultaneously emulative of both a child’s picture book and a depiction of time as age sets in. Fairy tales are forever. RIP and thank you, Takahata. 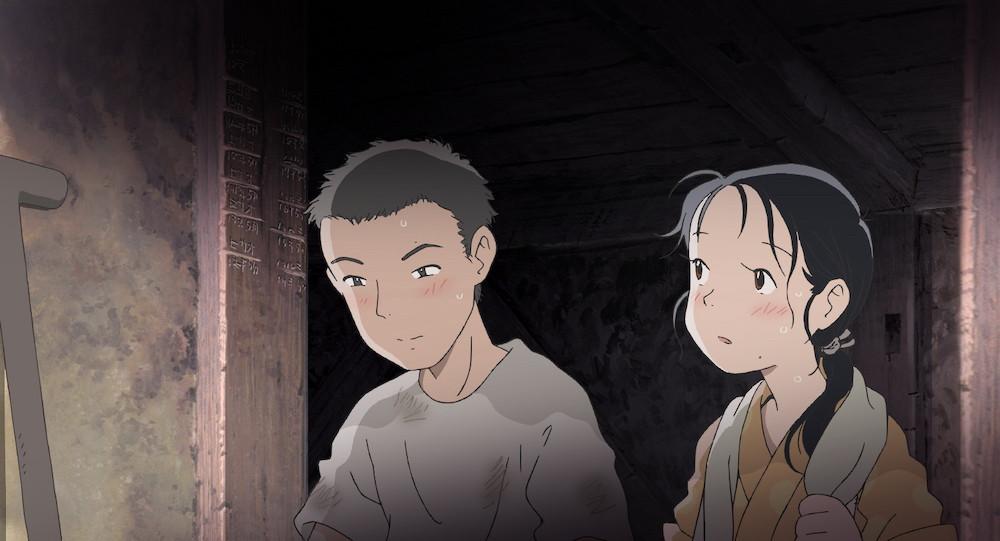 Evan Minto: This movie handily snagged the #1 spot in our ranking, and it’s not hard to see why. It’s a story about the hardships of World War II told not through combat, but through the grueling travails of civilian life. In This Corner of the World’s gut-wrenching tragedy is tempered and amplified by the currents of love and big-hearted, true-to-life comedy that run through it. The film is a beautiful tribute to the innocent souls trampled by war, comparable and even — dare I say — superior to the classic Grave of the Fireflies.

Check out our list of the Best Manga and the Best Video Games of the 2010s!