Welcome to the second entry in our Best of the 2010s series! Last time we covered the best manga series released in the past decade, and this time we’re talking video games.

As with our manga lists, we compiled this list by scoring each title based on how high it appeared on the respective rankings of our three contributors: Evan Minto, Ink, and David Estrella (we’ll post the full lists on our Patreon in a few days). This isn’t an exhaustive list, and for video games in particular our three contributors’ tastes were pretty divergent. In fact, while a few games appeared on two of our individual lists, not a single one appeared on all three! You can check out the full lists, including our individual rankings, on the Ani-Gamers Patreon.

Our picks for the top 10 video games of the decade offer a cross-section of some of the trends of the 2010s: the decline of couch co-op rhythm games, the wild success of the Nintendo Switch and From Software’s “Soulsborne” games, and the renaissance in narrative game design. If you haven’t checked any of these games out, it’s not too late to give them a try! Enjoy, and let us know your own picks in the comments.

Evan Minto: Squeaking in just under the date cutoff is the high point of one of video gaming’s most popular (and controversial) franchises. Mass Effect 2 is a perfectly crafted pulp adventure, taking Shepard and the gang on a tour of the galaxy to complete a daring suicide mission. There’s space politics, a cyberpunk criminal underbelly, a story structure pulled from Western and heist movies, and choices. So many choices. The combat is polished and creative and the story is rich and full of unforgettable moments. I wish I could go back and experience it all over again for the first time. 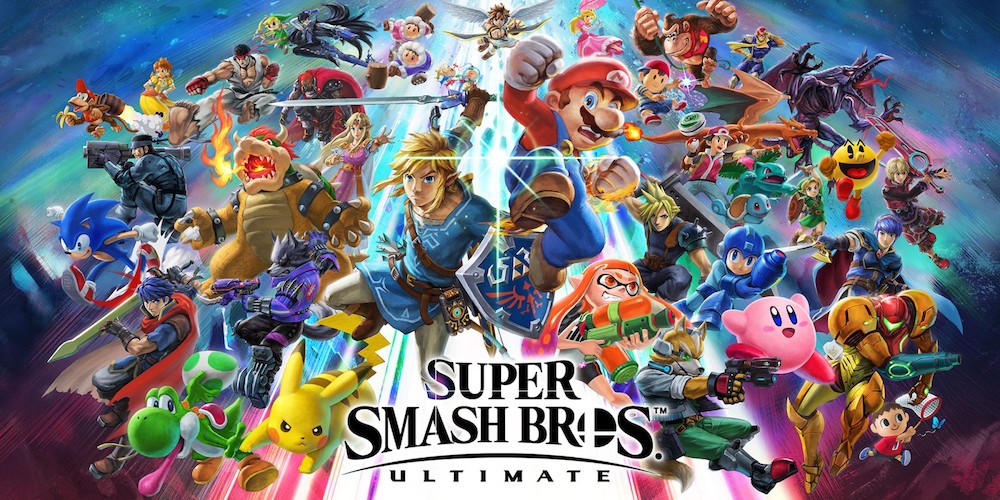 Evan Minto: What do you say about the franchise that has it all? Super Smash Bros. is video game comfort food, delivering the same high-quality, infinitely satisfying party game fun decade after decade. Smash Ultimate makes it into our Top 10 because it really is the ultimate Smash experience. Every character is back and fighting alongside a varied list of newcomers. Nintendo has embraced the competitive scene and added a host of fine-grained quality-of-life improvements. With DLC characters dropping at a regular clip, this is a game I’ll be playing for years to come. 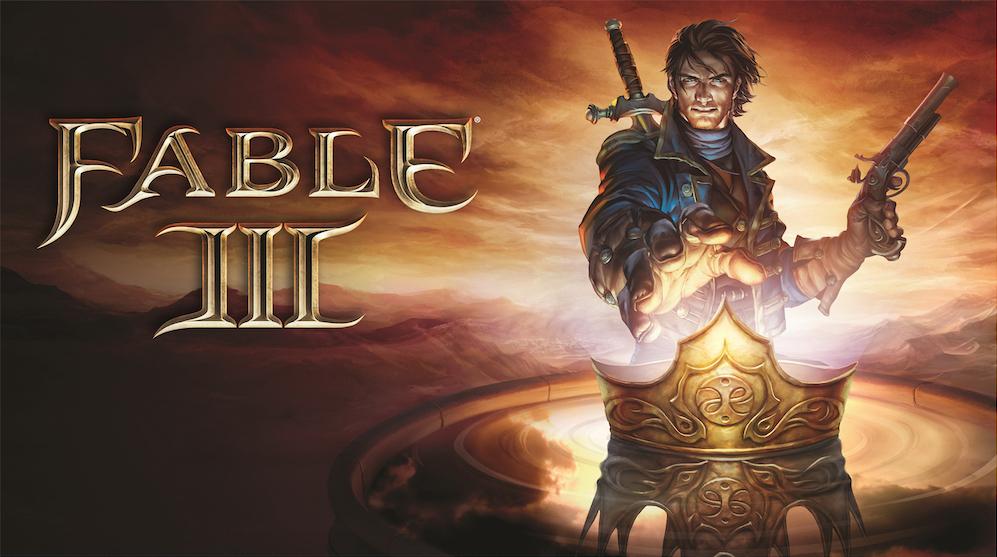 Ink: It’s probably the most hated of the Fable series, but I love Fable III’s ambition, contextual landscape, and flawed mechanics; shaking hands and going through the motions of socialization takes forever, #AmIRight? That the game is devoted to division, not just of self (as is the basis of the series) but position, is a brilliant stroke. The degree of cut-and-dry choices is certainly lamentable, but praise be the grey areas and timing by which said choices are introduced! Callbacks are as entertaining as they lend to world building, and the backstory (initially) lends to apprehension as much as it does yearning. 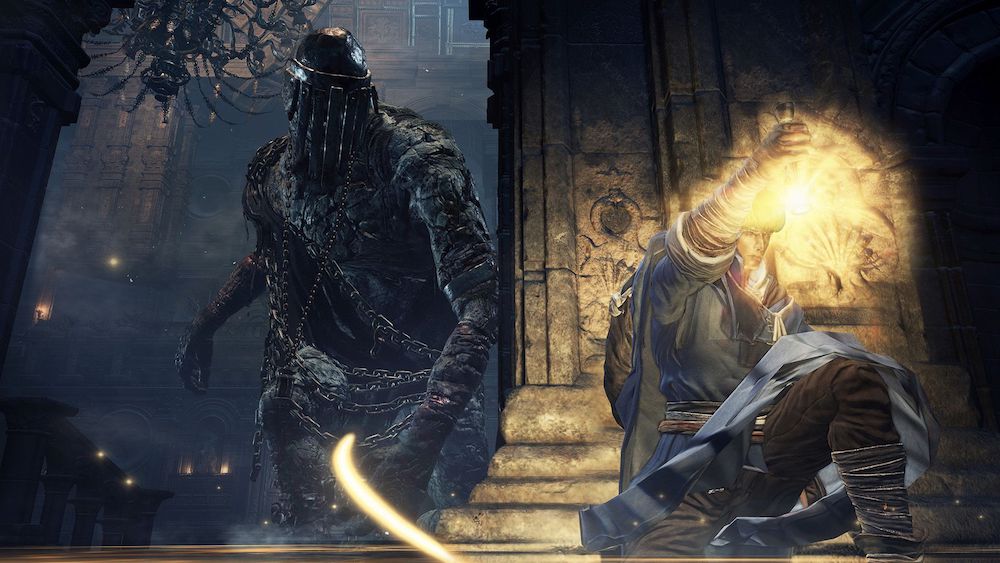 David Estrella: Bloodborne is higher up on the list but Dark Souls III is, personally, not too far down below. This third Souls game is the culmination of about 20 years of iteration on concepts that finally came together with faster gameplay, tighter controls, and sprawling environments that exude thousands of years of fictional history. Whether you’re a serious gamer who must stop and read every item description for that sweet lore or you’re a poo-flinging maniac with godly parrying skills, there’s a Dark Souls experience for everyone that’s both satisfying and personal. 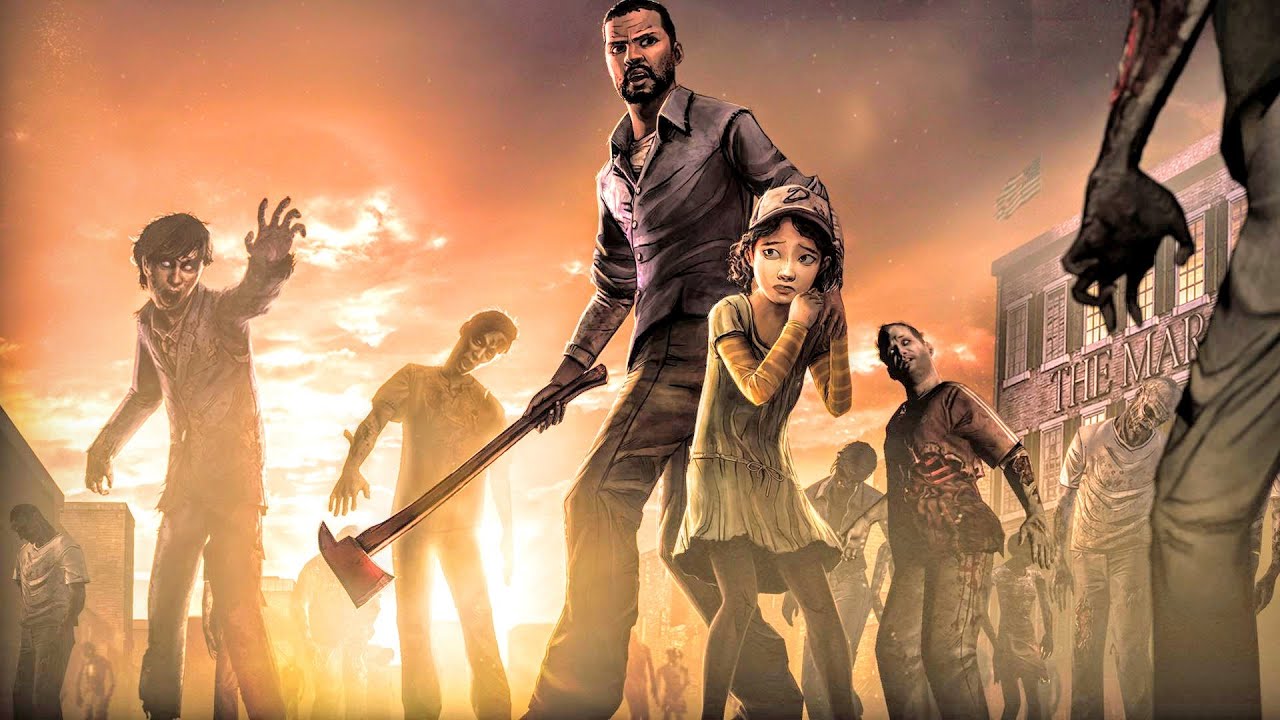 Evan Minto: No video game has emotionally affected me as profoundly as the first season of The Walking Dead. Telltale’s landmark adventure game asks players to make tough dialogue choices and resolve impossible moral dilemmas in hundreds of timed sequences. It’s a gut-wrenching experience. Zombies don’t always make for the best device for complex storytelling, but this game uses the horror setting to examine its deeply flawed cast and force players to confront the compounding consequences of violence, even and especially violence that seems a necessary evil in the moment. To add to the tragedy, the 2010s ended with one last gut-punch from Telltale: a bankruptcy that left its employees out in the cold and their game projects either shelved or farmed out to other studios. 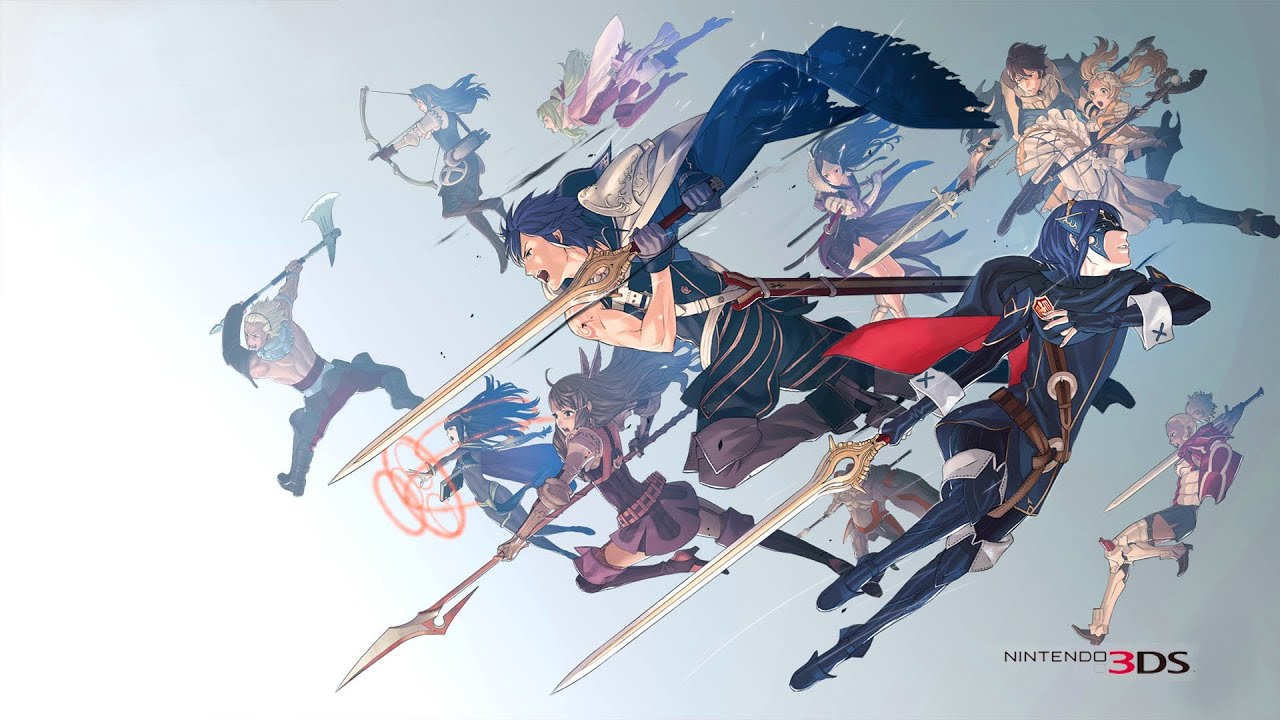 David Estrella: Released on the Nintendo 3DS in 2013, Fire Emblem: Awakening came out after a prolonged drought of decent games on the flailing console. Strategy generally isn’t my thing and contending with waves of surprise Wyvern Knights in the middle of a hard-fought battle as a significant gameplay loop is not my idea of fun, but what else was I going to do during the wait until Animal Crossing? I found that I actually really like all of the changes to the FE formula, especially the ones most blasphemous to purists like settings to prevent permadeath and maps designed for grinding. People will cry that the old Fire Emblem is dead and gone and as a Baby Mode advocate, I can’t exactly claim to miss it. 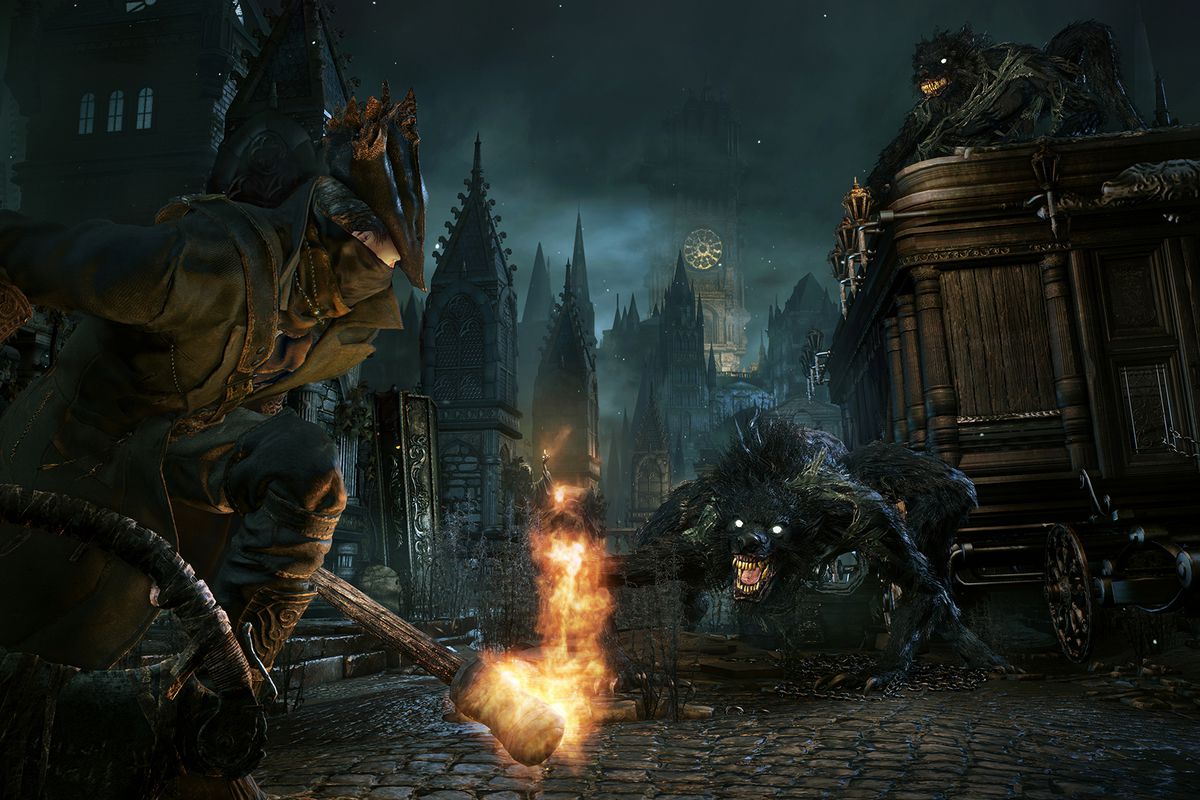 David Estrella: I’ve played a lot of video games in my lifetime and I discovered my favorite one very early in my life so I spent about twenty years simply drifting from good to great experiences without finding the one “perfect” game. Bloodborne is the perfect game. It’s brutal to master and pared down from the breadth of options found in Dark Souls, but it’s a deeply rewarding experience that dominated my life for multiple playthroughs. Whenever video games disappoint me (happens often enough), I remember that Bloodborne exists and everything is okay. 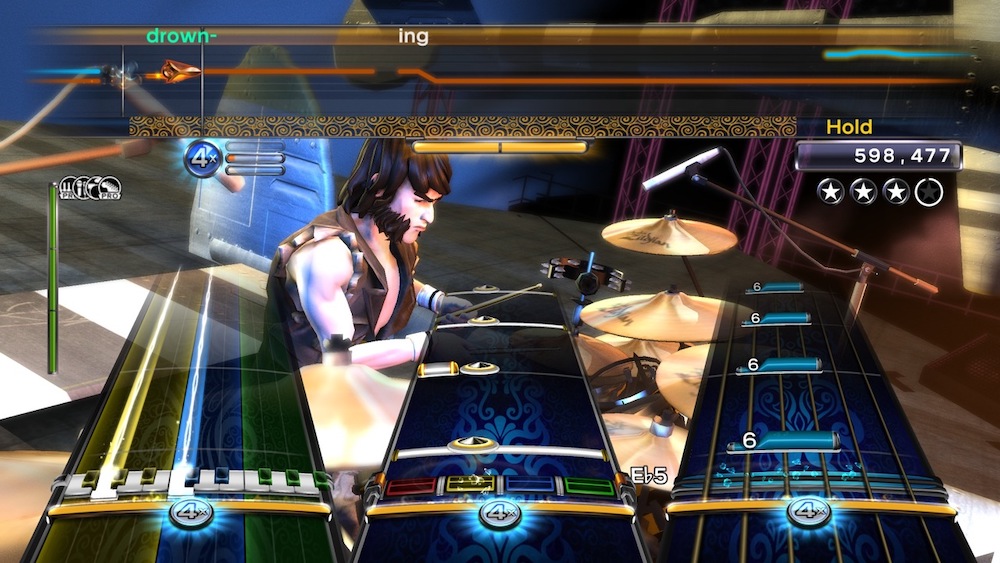 Ink: Rock Band 3 is less technical button-pressing showcase than Wario Party karaoke, and it owns that fact. Beyond the ability to pretend like you are more entertaining than you are, the gameplay can actually teach players guitar/bass, keyboard, and drums (on a very beginner’s scale with the right equipment/addons). Tour challenges bring a pliable narrative that’s simultaneously entertaining and fulfilling, while a song creator means the ever-expanding library of thousands of licensed songs is joined by the products of some very talented and some very untalented people with a lot of time on their hands. Bless them all. 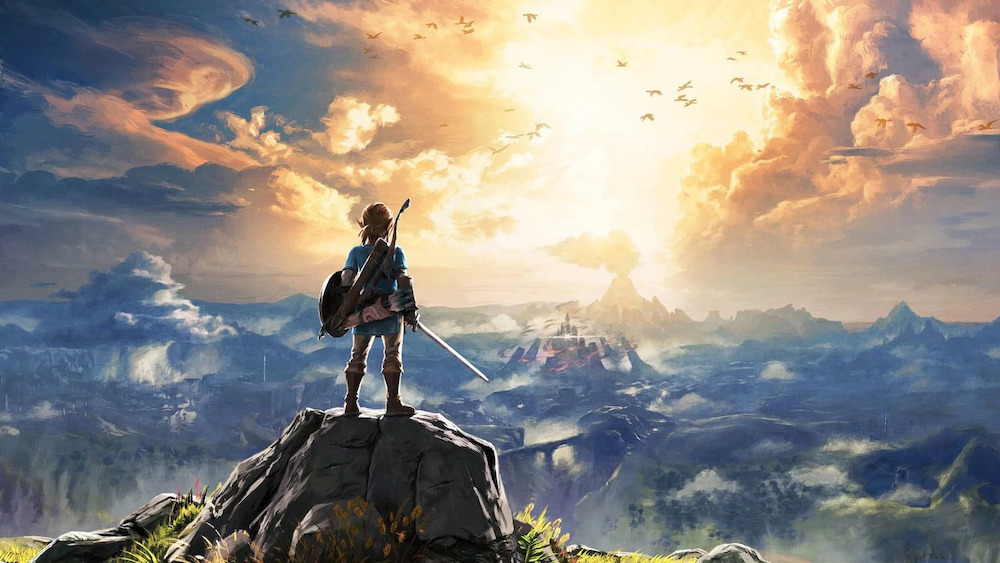 Evan Minto: If nothing else, the 2010s will be remembered as the decade when Nintendo reinvented The Legend of Zelda. Breath of the Wild takes the wonder of open-world games, the addictive progression of Western RPGs, and the gradual sense of mastery of Ubisoft “map games,” and brings it all under the exquisitely crafted umbrella of the Zelda franchise. It is a sublime, joyous triumph of a game, with a host of interlocked, carefully designed systems and a breathtaking world that captures the imagination like nothing else. 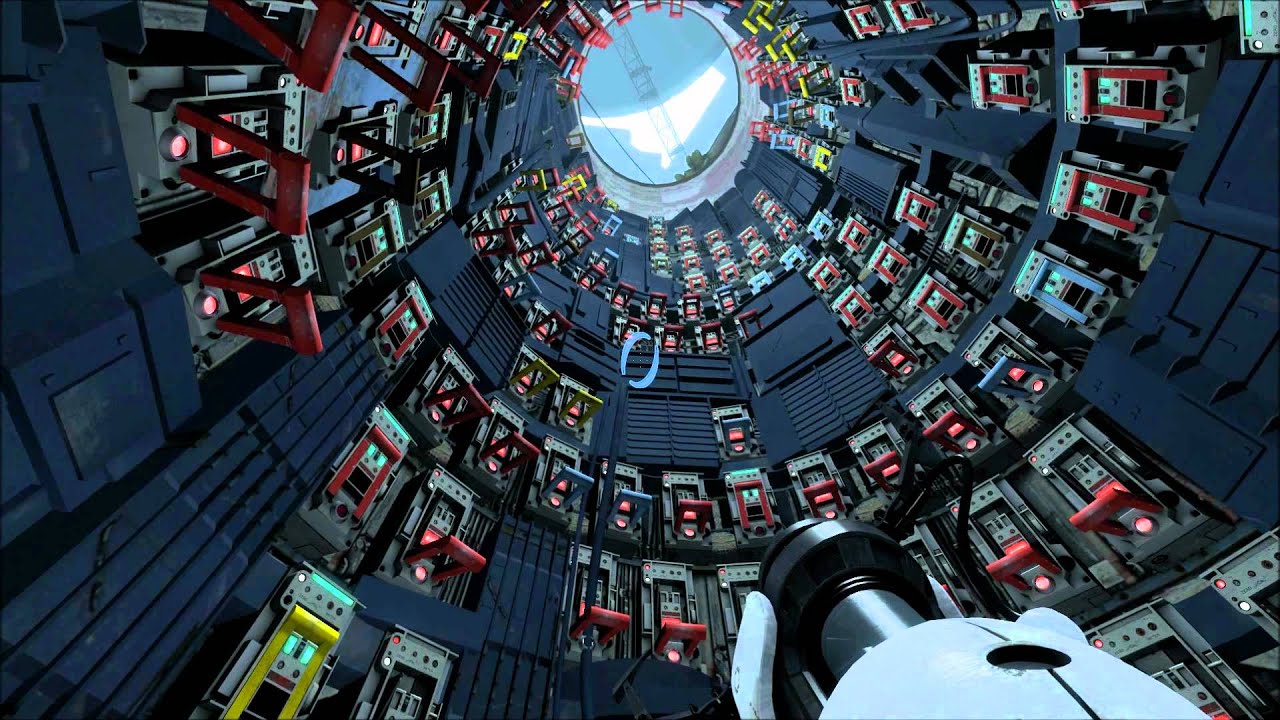 Ink: Sequels usually drain every bit of good from the host in hopes of marketing to blind faith consumption. Not to harp on Schrödinger’s cake, but Portal 2, as the point of suckling for a niche puzzle-minded crowd, manages to maintain its potency by successfully layering deepening characterization atop expanded, imaginative mechanics. It’s a physics-centric puzzle box for the chakra-minded crowd, and Portal 2’s blend of dark humor and farcical, 4-D labyrinths do not disappoint. The introduction of an absolutely maddening multiplayer mode also pays off big time, delightfully, in terms of both more frustration and better tasting cheese.

Check out our list of the Best Manga of the 2010s!