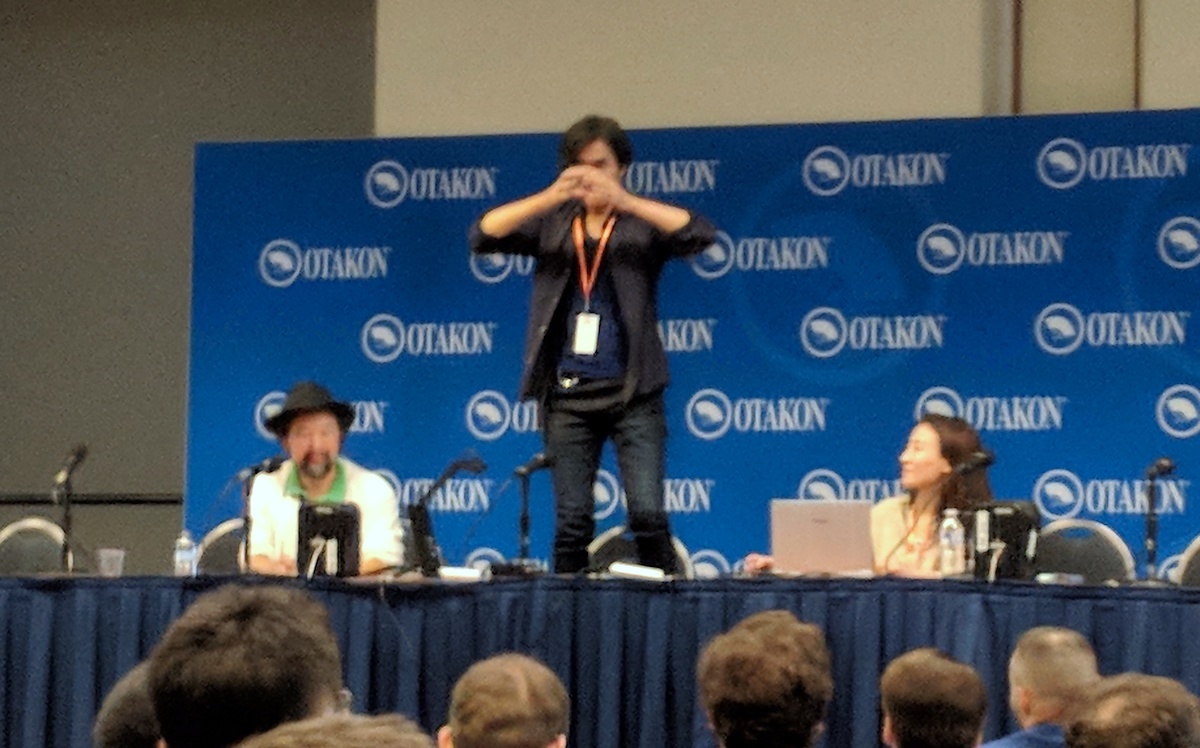 Another Otakon, another cacophonous gathering of anime personalities. This year Anime World Order hosts Gerald Rathkolb (@Gerald_AWO), Clarissa Graffeo (@ClarissaG), and Daryl Surat (@DarylSurat), The Cockpit’s Patz (@PatzPrime) and Tom Aznable (@TomAznable), and Corey Proft (@Modandrocker, formerly of The BME Podcast) join Evan to talk about the guests, the fan panels, and ... the abortive alt-right rally in Washington, DC. We recorded around a single microphone so we apologize for the messy audio. Also, this episode is a bonus because we're still working on recording the official Episode 100! Trust us, it’ll be worth it. Topics include: visionary creator Shoji Kawamori, Tenchi Muyo incest, and Dippin’ Dots.