Last month at Otakon 2019 in Washington, DC we had an opportunity to talk with Masao Maruyama, the legendary anime producer and founder of studios Madhouse, MAPPA, and M2. This is far from our first interview with the producer (check out our interviews from Otakon 2011, Otakon 2015, and Otakon 2017), but there’s always something new to learn from this seasoned industry veteran who has helped shape anime production at a foundational level. This year at Otakon, he hosted a retrospective of his decades-long career split across two days to cover the dozens of titles that he’s had a hand in. In our interview, Mr. Maruyama talks to us about everything from specific projects (past and upcoming) to the tragedy at Kyoto Animation and the influence of foreign co-productions.

A big thank you to Otakon’s guest and press staff for arranging the interview. Enjoy! 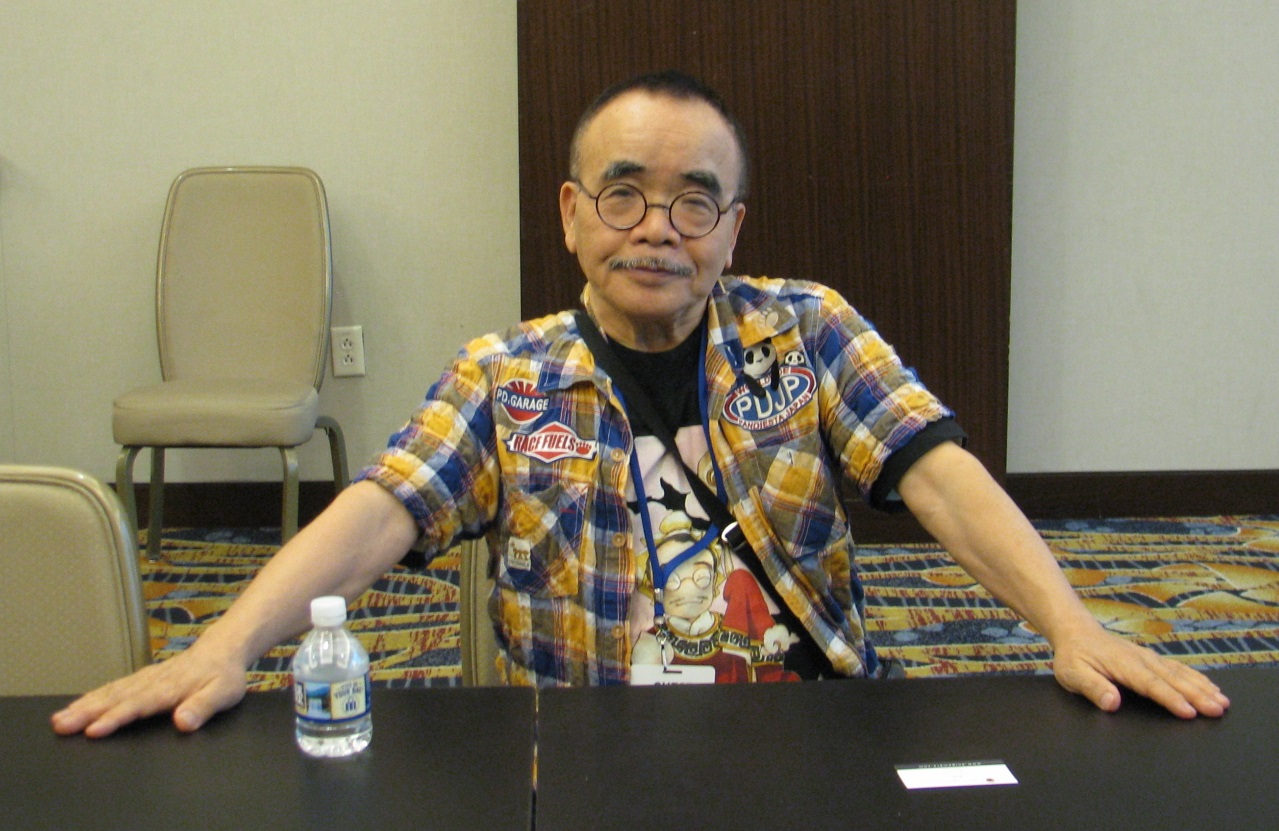 You’ve been doing a retrospective of your work over this past weekend, and I wanted to ask you about Chihayafuru. You were listed as Creative Director, so what were your tasks on that project?

I worked on Part 1 of Chihayafuru, and they’re currently working on Part 2 of Chihayafuru. They have the same directors but a different staff team. For Part 1, the original plot is very well written, so I didn’t want to mess around with it too much.

I was very careful, since there are so many unique characters, that I wanted to show more from the original plot and fill in as the series progressed.

The challenge is not being afraid of fear. What I think the older or more experienced directors are responsible for doing is, when the young directors make mistakes, to take care of them.

Looking over all you’ve done over three studios, what do you think you’ve contributed to animation production and how do you intend to influence it further with M2?

I always think of what I can do. MAPPA usually has younger directors and producers, and once they gain experience in MAPPA, I would make them go into M2 and they can pursue what they want to create.

I think in any studio, if the directors and producers are able to make what they want to make, that’s what’s important.

And I think the challenge is not being afraid of fear. What I think the older or more experienced directors are responsible for doing is, when the young directors make mistakes, to take care of them. That’s what I think their job is, and that is my job.

We are currently trying to figure out how to provide animators with a relaxed environment so they don’t feel stressful or fearful.

M2 was established as a studio for your passion projects. And you have previously expressed an interest in adapting Pluto and The Dreaming Machine. Are there any updates on either of those works?

Regarding the recent attack on Kyoto Animation, are folks in the industry having a conversation about ways to prevent similar incidents, such as tighter security? Do you know of any discussion that’s happening about that?

The incident was very tragic, and we are thinking of ways to possibly prevent [events like] it. But incidents such as this aren’t supposed to happen at all, and we are currently trying to figure out how to provide animators with a relaxed environment so they don’t feel stressful or fearful.

Regarding animators, as their stressful working conditions have been in the news lately: excluding any external funding from external sources such as the government or crowd sourcing, what do you think studios can do to improve working conditions and pay rate of the animators?

The anime industry, each company, they aren’t really profiting. And if they want to make a hit anime, they would have to take the risk. And by doing so, they wouldn’t be able to use that money for potentially raising the pay rate and things like that. Shortening work hours and doubling the payroll won’t cut it, and we’ll have to look into a much more simple problem before we get into those specific details.

What are your thoughts on the current industry trend of international co-productions — the balance between foreign money and a national medium?

I think it’s a favorable solution. Because trying to do business only in Japan will have a lot of limits. So working with international companies would be the most favorable thing for the anime industry. 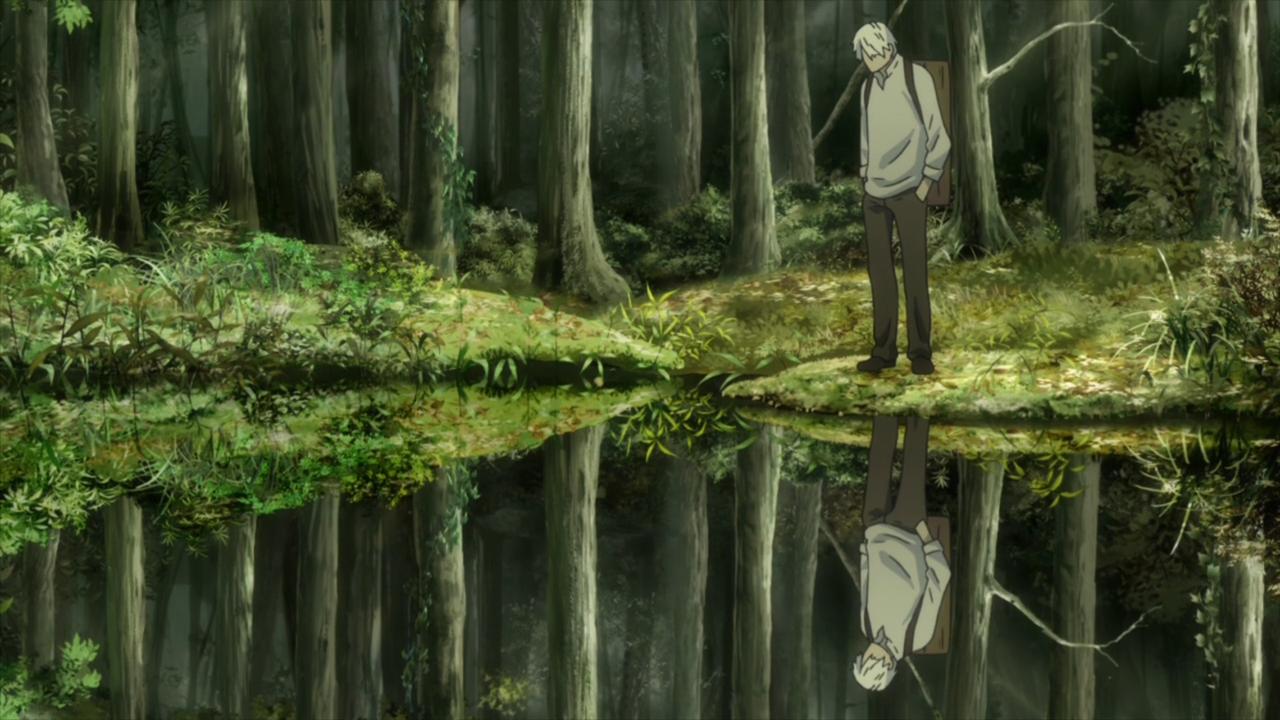 Director Hiroshi Nagahama is here at Otakon this weekend. Do you have any stories to share about working with him?

When he was at Madhouse, he was still basically in training. So a lot of his good works were after he left Madhouse. By looking at him outside of the window, I’ve always thought, “He’s doing a good job” and would want him to keep doing what he was doing and was always proud of him.

One of his famous works, Mushi-shi … personally, I really liked it because of my personal hobby. So I was expecting big things from it, and I was very proud.

It might be personal, but as a fellow fan, what hobby of yours connected you to Mushi-shi?

My favorite part is the mysterious story, and, compared to realistic ones, I personally enjoy those mysterious plots better.

Thank you to Mr. Maruyama and Otakon press and guest staff for the opportunity.

Check out more of our Otakon 2019 coverage.