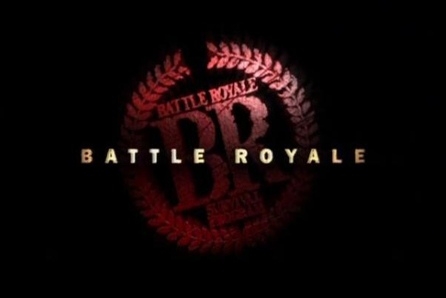 Battle Royale is the type of intellectual property that comes around every now and then: controversial, evocative, philosophical, and (above all) entertaining. When the book first appeared in English in 2003, I remember having my mind blown open by the gross depictions of violence cloaked ever so thinly in social commentary and Japanese history. I was still inexperienced in things Japanese then, but the material spoke to a more primal side of myself—one concerned with the visceral and still fascinated by death and the destruction of society.

Sadly, I was the only one in my circle of friends who read the book. Despite all the ideas swimming around in my head about metaphorical and symbolic meanings of the characters and the world they inhabited, there was no-one I knew of to whom I could convey my questions or discover deeper meanings. A few friends who elected to watch the film were more focused on the violence and grotesque carnivale of the visual product, but as someone who disliked the film version, this ultimately led to me forgetting the novel and dismissing it as merely a fixed point amongst the passing fascinations of my youth. 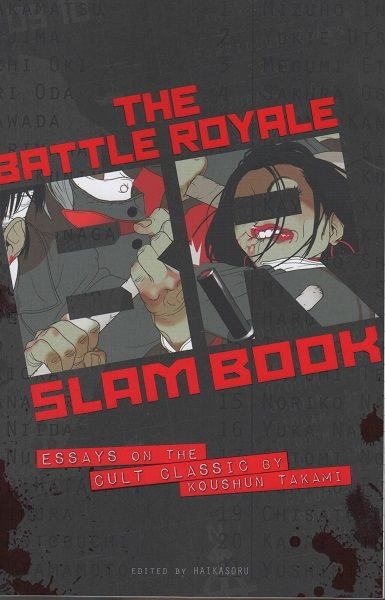 Ten years removed from my first encounter, I’ve discovered that my own lonely experience with Battle Royale was neither isolated nor uncommon. Coinciding with the latest translation of the book, Haikasoru also released a “Slam Book” full of essays and commentary about the film, the book, and their impact on literature and popular culture. Throughout the various essays and observations, a distinct trend emerges: Battle Royale is not a story about violence or an exercise in obscenity. Instead, it is a calculated commentary about loss, community, interpersonal connections, and a fable about the past and future of the Japan in which it was written.

“A cult novel is about something, as opposed to a popular novel, which is about nothing...”

From the first pages of the first essay, which includes the above quote from editor Nick Mamatas, it’s clear the team behind the Slam Book is interested in delving deeper into the many readings that undercut the main narrative of Battle Royale. Much like a certain recent “fan service” series might portray certain visuals and artistic themes as the main product of the work, there will always exist counter-readings that live just under the surface—waiting for the appropriate persons (or people) to absorb the story and break it wide open. Fortunately, the collection of writers and thinkers behind the Slam Book’s many essays are more than willing to look past blood and death and get at some of the finer details about Japan and Japanese life that author Takami Koshun so lovingly, and efficiently, skewers over the course of the 600 some-odd pages of the original work. 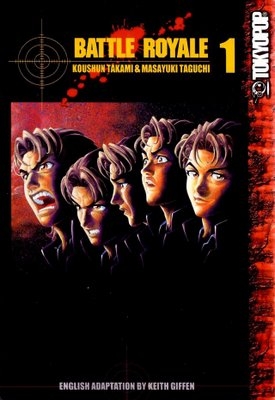 While general themes of Japanese school life, fascist criticisms, and comparisons between this work and various franchises from both East and West are definitely the method of choice, there is also a strong degree of postulation and rumination behind how Battle Royale was inspired (Masao Higashi’s "The Fight in the Night Before"), its connections to both horror films and the 80s (Gregory Lamberson’s “Killer Kids in Jeopardy”) and American teen movies (Sam Hamm’s “Bueller, Bueller, Do You Read?”), and even the impact of wrestling culture in Japan on the story (Jason Ridler’s “Over the Top, Or Over the Top Rope?”). Brief and occasionally not so brief looks into the cultural landscape of Japan, what it means to be a student in an increasingly volatile school environment, and approaches to sexual imagery share space with personal reflections on first encounters with the film, feminist readings behind the major female characters (Raechel Dumas’ fantastic “From Dangerous to Desirable...” and Steven Stewart’s “Dead Sexy...”), and deconstructions of genre-specific plot devices from both shounen and seinan manga. All of this is presented in language that runs the gamut between dense academic prose and internal monologue.

As a result, it is very easy to comment on the apparent disjointed nature of the works presented therein: some pieces spend great lengths of time fixated on a single aspect of school life in Japan whereas others barely mention Battle Royale—preferring instead to look deeper into the surrounding media theory and genre tropes that the book and film both adopt and skewer. There is a definite sense of ADD going on between the essays in particular, which can be jarring to the reader who has either approached the work from a specific mindset or become comfortable with a certain style and suddenly finds themselves in the middle of a lecture or tirade. The fact that the essays also frequently switch between speaking of the films and the books only enforces this idea of a spasmodic presentation as perceived by those who have not experienced all three versions of the story. While not the same as spoilers, it is clear from the essays that there are vastly different experiences encoded into novel, manga, and movie. 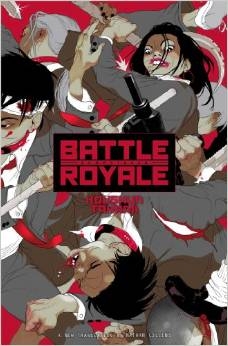 It’s important to keep in mind that the Slam Book was born out of a strong connection between the various authors and their own interpretations of the source material as well as the fact that said source material is itself a massive clusterf**k of hidden messages and social commentary. And because of the cult nature of the original novel (both in Japan and the USA), it is very possible to experience a milieu of emotions and mixed signals when simply experiencing Battle Royale for the first time … or any time. The essays are a reflection of this encounter. Every single person has their own reading of powerful, evocative properties, and Battle Royale is certainly not exempt from interpretation. It’s a disjointed mess of a book most of the time, which lends its story a great deal of charm while furthering its aims. The book cloaks its messages in blood and then expects its audience to dig through bodies to find them. And there are many, many bodies to dig through.

What makes the Battle Royale Slam Book a powerful read is that each essay is a labor of love crafted by a passionate individual who brings to the table their own findings as spurred on by their unique personal or intellectual connection to the property. The authors engage with the source material on many levels, just like how the book was written, in order to open doors to new readers as well as those who may have missed some subtle cues or overlooked an obscure Japanese concept. The collection even brings to life the struggles of the author, who attempted to find a publisher for what would become a defining cult novel for the dawn of the 21st century and has yet to follow it up.

Like an onion, Battle Royale is sweet and pungent, multi-layered and sharp. This makes the Slam Book a list of recipes, each one employing the onion in new ways to add a distinct flavor or texture to a cultural dish to get the reader to experiment with alternating views or unconventional approaches. This book is equally as good a starting point for those who have not read the novel or seen the movies as it is a tool for veteran fans looking to re-examine the work again and find something new. 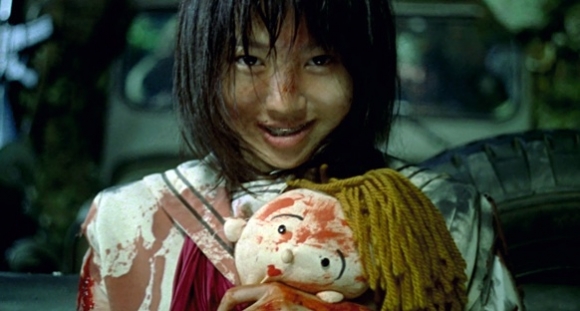