So much for three episodes, huh? I’ve been busy juggling a bunch of side projects (including some interesting anime ones you might get to check out soon!) so I’ve had trouble keeping up with this season’s deluge of shows. Still, better late than never. I’m only actively keeping up with three series, though I sampled a lot more than usual. Megalobox, Cutie Honey Universe, and Gegege no Kitaro are all pretty great but didn’t make the cut because I have yet to make it past the first episode! 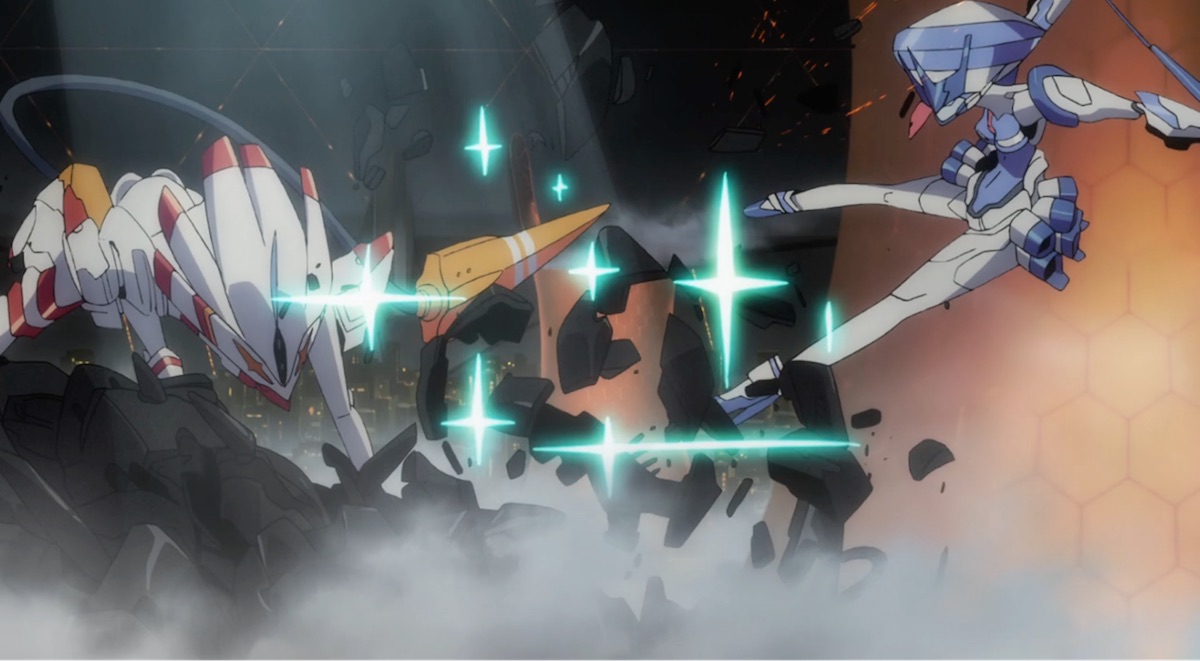 Darling in the Franxx (continuing)

Let’s be real, I can’t drop a Studio Trigger show no matter how bad. Thankfully, mecha series Darling in the Franxx isn’t terrible, but it hasn’t been great either. Halfway through the series, the characters’ relationships have barely progressed from where they were in episode 3, and the few genuinely interesting plot developments have been delivered at an agonizingly slow drip. I lay much of the blame at the feet of series co-writer Naotaka Hayashi (Plastic Memories), but that might just be my Trigger/Gainax bias talking. Thankfully, Trigger and A-1 Pictures are still providing some top-notch artwork, from Shigeto Koyama’s striking mechanical designs to Masayoshi Tanaka’s attractive, anime archetype characters. A lot of the most talented animation staff so far are seemingly A-1 regulars, but last season’s finale episode threw in some major Trigger animators for the final battle — providing me with the four-pointed star content I so desperately crave. This is nice eye candy, but unless the second half really picks up, it’s looking like it might join Kiznaiver in the small pile of disappointing Trigger shows. 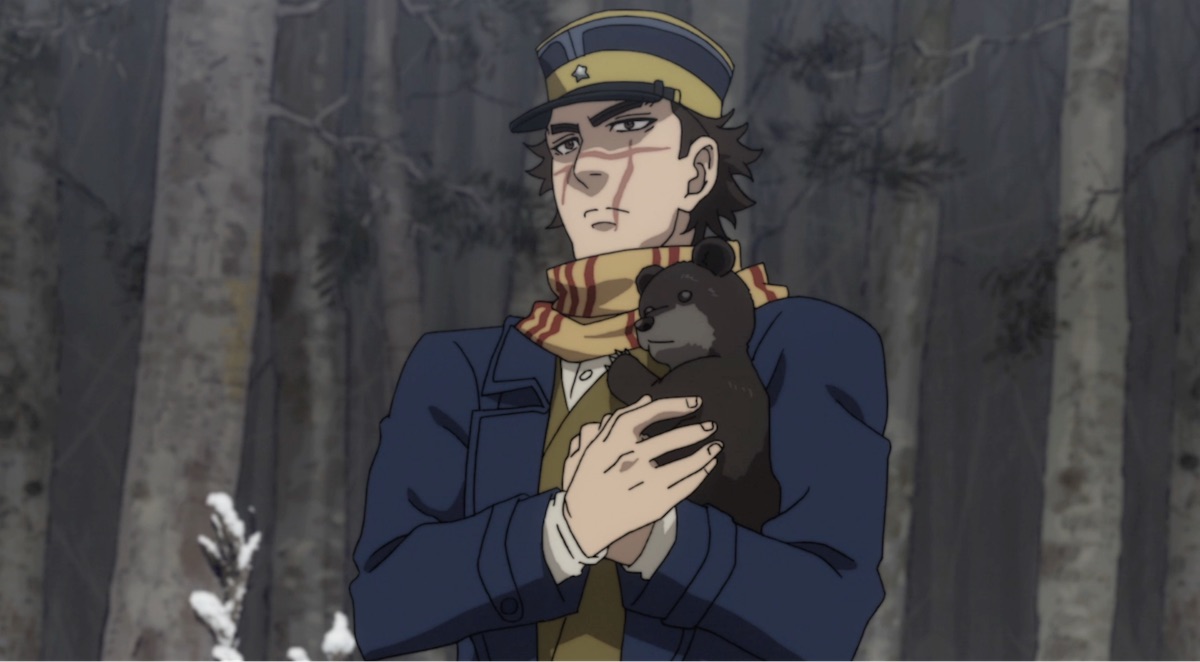 Lord help me, I don’t think I can handle this much disappointment. I’m a big fan of the Golden Kamuy manga (it was my #1 manga of 2018!), so I was really looking forward to the anime. But so far, it’s been a straight, mostly unambitious, adaptation of the manga. It’s a shame that the anime is unable to do justice to the series — an inventive mix of historical drama, crime story, and cooking manga set in the frozen wilderness of Hokkaido. Other than some cool, scratchy line work in the backgrounds and the occasional standout piece of animation, the visuals are just barely getting the job done. Sometimes not even that, like when the camera lingers on off-model still-shots of characters for long sequences or when the heroes, ex-soldier Sugimoto and Ainu girl Asirpa, face off against a hilariously out-of-place CG bear. At the end of the day, though, the historical detail and creative action sequences are good enough that even an unfortunate production can’t ruin them. I’ll stick through it for now, but I’d recommend others just read the manga instead. 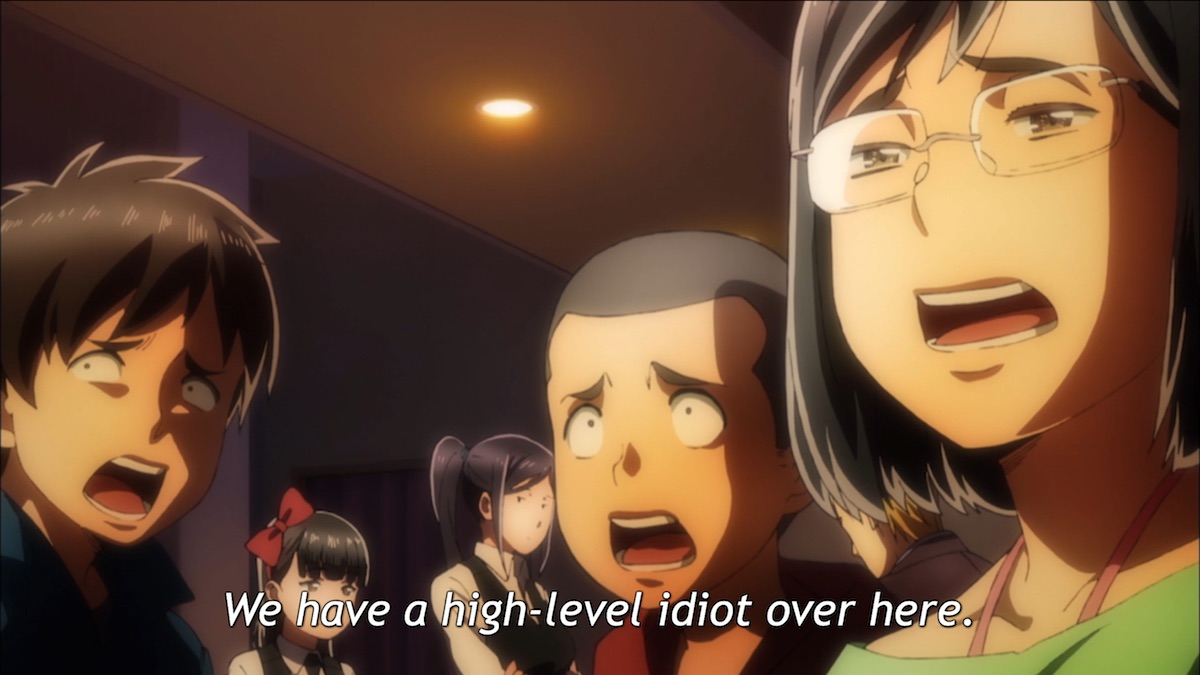 My ray of sunshine this season is Hinamatsuri, a series that I never thought I’d see animated. I bought the manga in Japanese a few years back based on the strength of its wacky cover art, but only recently pulled out my Japanese-to-English encyclopedia to decipher it. Even with my limited Japanese, the comedy came through pretty strong, and it’s arguably even better in anime form. Yakuza thug Nitta reluctantly decides to adopt telekinetic elementary school brat Hina, and what follows is a charming mix of the mundane and the supernatural. It’s hard to pinpoint what makes Hinamatsuri so much funnier than the average anime comedy. Maybe it’s the lack of high school stereotypes. Maybe it’s the acerbic sense of humor that places characters in increasingly uncomfortable situations. It almost certainly has something to do with the show’s comedic timing: drawn-out buildup contrasted with lightning-fast reaction shots. This is hardly the kind of show most anime fans would seek out, but I’m having a blast with it.