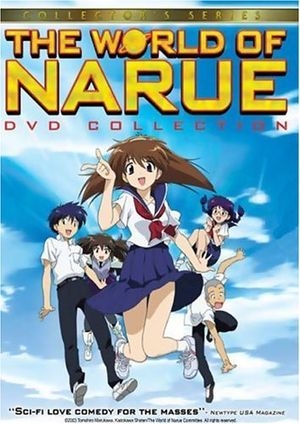 Central Park Media put out a lot of crap while they were still around. Dog Soldier, Odin, Baoh, the list goes on and on. But once in awhile, the East Coast-based company put out shows that may or may not have succeeded. They sit undiscovered, waiting for you, the viewer, to discover. And once you find them, they sit in your mind waiting for a chance for you to find a like-minded person with whom you can share your discovery. A few years ago, before CPM went bust, I picked up a show they had released called The World of Narue. I didn’t know anything about it and wasn’t expecting anything major. I was surprised by what I found and I hope you will be too. Let us decide together, shall we?

The honest, natural relationship between the two main characters drives everything in the story.

Our story begins when young Kazuto Izuka is rescued from a hideous beast by Narue Nanase, a girl from his school. All the gossip in school about Narue is that she calls herself an alien. As it turns out, she was telling half the truth. Her father is an alien — making her half-alien — and they live a nondescript life in Japan despite the Galaxy Federation’s (why is every galactic organization always called a federation?) insistence that they must return home.

So begins Kazuto’s life and his relationship with his partner, Narue. The show is a mix of sci-fi, romance, slight fan service, and general hijinks. It works best when the show focuses totally on Narue and Kazuto — the honest, natural relationship between the two main characters drives everything in the story. On top of contending with all the typical pitfalls of anime, they also have to deal with Narue’s other home interfering in her life. For the most part, the writers use the Galaxy Federation as a device and not the end-all. There’s no maliciousness in the Head Inspector trying to help Narue and her family, it’s just that he usually goes overboard. Really, Narue is about life on Earth for the two kids. Kazuto is a shy, retiring person, far from the definition of a testosterone-addled teenager. He occasionally catches glimpses of of Narue’s (covered) butt and bust but despite his embarrassment, he doesn’t leer or go any further and in doing so lifts the character from that idiotic, tired trope (if anything, Narue does all the pushing in the relationship). But to be fair to the chap, when Narue’s in danger, he steps up and helps her every time, even when he’s genuinely petrified. Narue is a happy, innocent, outgoing girl who lives and lets live, but won’t back down from a fight. She speaks her mind often and frequently worries. In other words, the opposite of Kazuto. 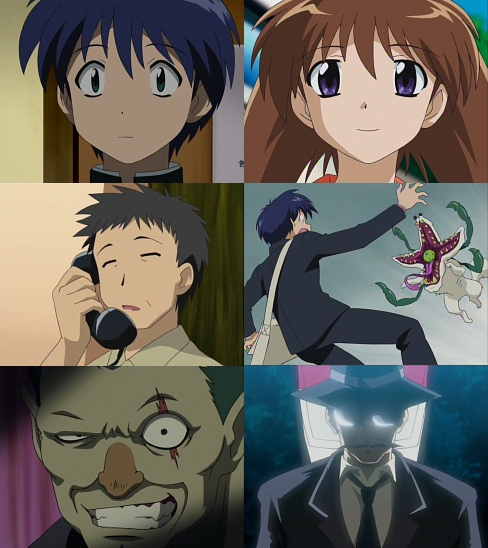 Often the show will bounce science like faster than light, temporal anomalies, or molecular displacement off of you but it’s all done in a “Here’s the science. There it goes.” kind of way. It’s never there long enough to distract. Stalwart director Hiromitsu Morita and the late chief director Toyoo Ashida keep the whole thing together, going at their own pace and communicating that these are two young people who’ve just found each other; they don’t know where they’re going but they trust each other and that’s what matters. The score by Takayuki Negishi is a whole lot of piano pieces but hits all its emotional notes correctly. The dub for Narue is great with the usual suspects from CPM (Rachel Lillis, Veronica Taylor and Dan Green) making appearances. It really is awesome when you realize that most of the cast from the original dub of Pokémon is in this and experience the subsequent nostalgia bomb. 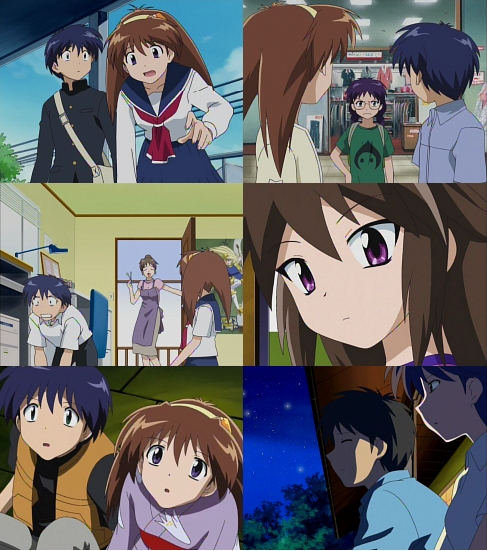 Narue sometimes meanders when the plot focuses on Kanaka, Narue’s older/younger sister (don’t ask), or Yagi and Maruo (the couple’s school friends). Either it takes too much time or in some cases fails to resolve their plot strands. Having said that, without them most of the show’s comedy wouldn’t be there, so it’s a necessary evil. But as I’ve said, at the heart of this show is an unbelievable lightness of being. The show doesn’t care if it’s a sci-fi or romance, six of one, half a dozen of the other. It, unlike a lot of other series, knows its heart is Narue and Kazuto and doesn’t swerve from that. The show just concerns itself with the improbable act of love and how it, affection, concern for loved ones and family, and the simple act of living power the galaxy, not just a giant black hole. It's the simple things about this show that speak with the most volume. Don’t get me wrong, it’s not an intentionally deep show, it’s just that it works like that. At only 12 episodes, by the time we get to the final episode, we have a pretty good idea about our characters and how they’ll be in the future. Still, I can't help but feel a little sad every time I watch this, knowing this is all there is. I could stand to watch more of this, you know?

It's the simple things about The World of Narue that speak with the most volume. 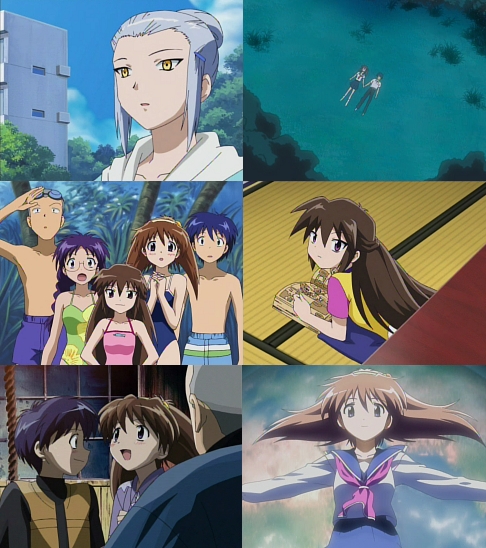 I truly urge all of you to get a copy of this show. It’s wonderful, light, and easy to get into. I know I’m verging off the non-bias of the Trap Door here, but The World of Narue really is the most sweet anime romance around, without being sickening. You never get a sense that the show's creators are rushing things or self-sabotaging their efforts with cheap tricks. I don’t know of many anime romances that I could say I’ve no trouble telling people that I like, but this is one of them.