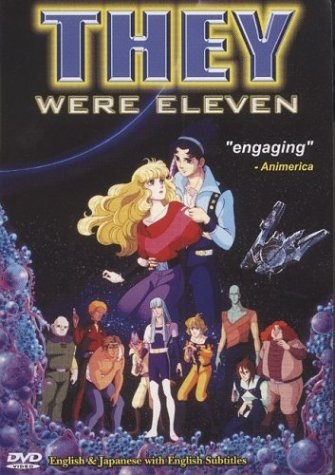 There’s something about the works of the Year 24 artists. Banding together to make stories for themselves after reading other authors' work like Osamu Tezuka, they were one of the first groups of all-female creators in Japan. One of them, Moto Hagio, would carve out a career writing stories that both challenged and refined the ideas of gender and sexual equality. One of the stories she wrote that was adapted into a full theatrical film is an amazing look at paranoia, self-reflection, and one of the most tender love stories it’s been my pleasure to witness in anime. It is the incomparable They Were Eleven.

Set in the future, They Were Eleven is about 10 students of a galactic academy who are taking their final test before graduating the school. This school teaches only the best and brightest, future leaders of men and all that. So the pressure on the students is enormous. Tada, a slightly telepathic human, is part of the group. When they arrive at their assignment, a giant space hulk that has seen better days, they realise there are 11 people in the group. Without any time to process this, they are thrown into their assignment by means of a temporary crisis. Then the academy test is laid bare: they must survive for 53 days. They must all work together to survive and if one of them fails the test, they all fail. They can call for help if they are really stuck but once they call, they also fail the test.

The film itself is a very tense And Then There Were None-style story except here, nobody is dying one after another; they will all die if they don’t learn to work together. We find that the people onboard come from all walks of life. Princes, scientists, thinkers. All of them are a cut above the rest of the galaxy. But while they can figure out how to defuse bombs and reduce the heat build up, they can’t ignore the nagging suspicion that the eleventh person in their group is up to no good. As the film moves from one crisis to another, directors Dezaki and Tsuneo Tominaga deliberately take a higher ground, never showing the eleventh person as malicious or evil. Rather, this might just be a test to see what the students do. We do have a moral center in the form of Tada. A bright lad, his village elder helps him grow as a person and instills in him a sense of moral courage to do no evil intentionally if he can. Tada tries his best to keep his comrades in good spirits and comes between people when tensions run high. He worries that he’s not good enough but his test is whether or not he can do his job and still make the right choices during the test. The character of Frol sparks rankling in the students for her brash manner of speaking and acting around people. The others put that down to where Frol comes from, but I can see that if I were Frol, the fact that I come from somewhere shouldn’t be the deciding factor in whether I’m a good person. By them declaring her to have no graces just by her manner, the students who initially look down on Frol are all the more shamed when she displays the right stuff when the going gets tough. 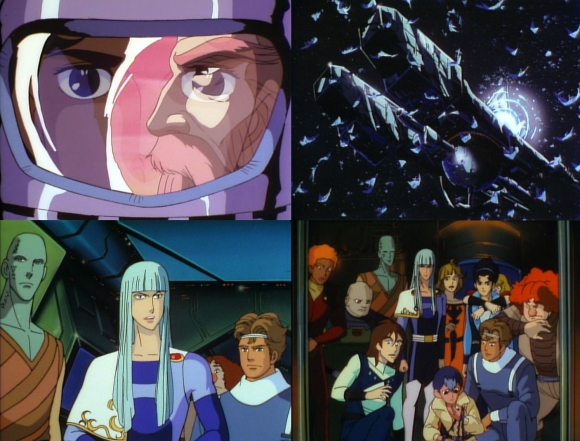 Frol is the most interesting character in the bunch outside of Tada and I’m also not discounting the amazing stories and development the others go through, because they really do get enough time to express themselves. Some get more than others, but we learn enough about them to see that they are good people, but this test is driving them nuts and making them see shadows that aren’t there. Back to Frol. She's described, designed, and portrayed as a girl because that’s what she thinks she is (from what I can tell she is described as a hermaphrodite but that is the characters description not mine), but here's the kicker: if she passes the test and graduates, she has a chance to undergo gender reassignment and become a man (this is something she wants for reasons that I can’t go into here without spoilers). She doesn't want to be a girl as on her world, women don't have the opportunities that men have. For the others, failing just means repeating the exam. For Frol, failure means being made to be a woman. But meeting Tada changes both of them in interesting ways. She thinks of him as a wimp and when she's a man, she'll be tougher than him. But he takes Frol as she is, doesn't change his mind about her. Even when they discover her reasons for taking the exam, Tada still treats her the same way. There is a moment, not saying where, when the two characters lay their cards on the table, and the result is as tender as it is shocking. The ideas presented in Frol and Tada's relationship say as much about the interchangeability of hetero and homosexual love is as it does about the blurry lines between genders. I guess what I’m getting here is the film gives an amazing account of why who you love is not nearly as important as why you love them. It makes me ache to get my hands on the original manga and see how it was portrayed originally (given that it’s been made into a one-shot TV drama, this film, and a theatrical stage production). What makes Tada and Frol work so well together is that the film’s resolution doesn't hang on them falling into sync with one another, but their own resolution does. 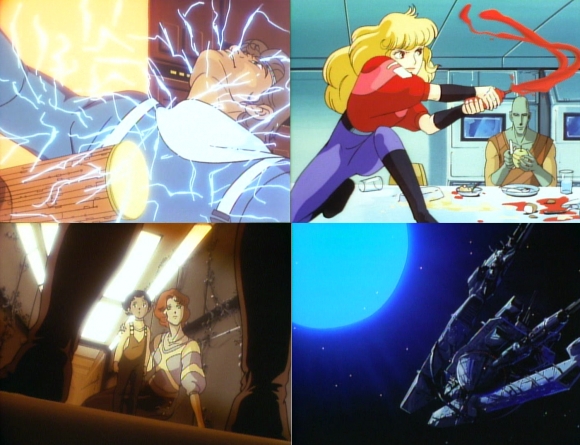 Some might say that there are too many plot holes and to be fair, there are a fair number of coincidences in where the test is, how the ship goes from one crisis to another and how Tada has an answer for everything. The beauty of the film is that as we go along, not everything is coincidence and not everything was planned that way. Plus, the people who laugh at the film's gaps miss how the film boils itself down to a gut wrenching decision and all the jokes, drama and bits bolted on fly away. This for me, makes They Were Eleven all the better that it had the courage to do this. Setting out into the film, neither the cast nor the audience would have believed the decision they reach. 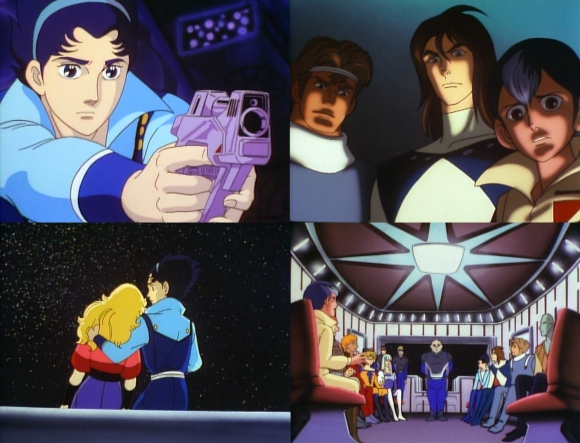 The cast do a fantastic job  getting across that these characters are real people. The Japanese cast features some heavy hitters in the form of Norio Wakamoto,Tesshō Genda, and Toshio Furukawa, with Tada and Frol being played by Akira Kamiya and Michiko Kawai. Kamiya and Kawai work so well together that I was afraid to listen to the English dub. But this is a CPM dub handled by Animaze (it no longer exists at the time of this review) so Curtis Jones is Tada in English and none other but Wendee Lee is Frol. Jones plays Tada with some reserve and a tiny bit of shyness at the beginning, growing into the character as he goes. Wendee Lee plays Frol with a US Southern accent and is all bluster and mouth giving way to a small amount of insecurity as the film progresses. When she breaks down, my heart kind of breaks every time. For my money, they pull off the roles perfectly. Bringing up the rear, vets like Steve Blum, David Hayter, and Dorothy Elias-Fahn fill out the rest of the students.

They Were Eleven is the type of film that rarely, if ever, gets made. Told from a completely innocent point of view, the film shows the reality of suspicion, the loneliness of fear and the liberating power of true, honest and healthy love. Not just between two people but between all peoples and all walks of life. Wrapped up in the shawl of a sci-fi, it has the elements that make up a wonderfully powerful drama. At only 90 minutes, it’s over too soon but lingers long in the memory. It arrives back from testing and passes with flying colours from the Trap Door.