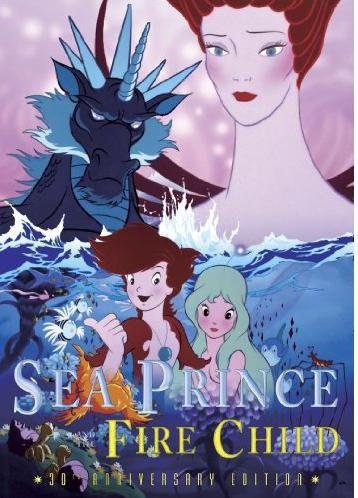 EDITOR'S NOTE — Apologies for the lateness. Phillip had some personal stuff that delayed the March Trap Door column.

Legends and mythology are the stuff of civilization. Every prince and pauper, every king and villain, every mad wizard and sane sage, it’s all in our blood. Even when we’re separated by oceans, land masses or other physical distances, we still can invent similar stories. One of the most common is the story of star-crossed lovers. You know the one: two youngsters from opposing sides in a conflict or dispute find each other, fall in love and have to face the wrath and disappointment of their respective sides. Together they succeed or fail, all while maintaining their love. Ol’ Willie Shakespeare did one of the best versions of it and probably the most famous. Sanrio (the makers of Hello Kitty) did their own version in 1981. It’s not as well known but damn if it wasn’t great to watch either. It’s The Legend of Sirius or as it’s known in English, Sea Prince and the Fire Child.

Sirius is the prince of the sea, the child of Lord Glaucus. He is about to come of age, at which point he will be the new protector of the sea. Glaucus gives him the Eye of Argon that he might rule over the seas in Glaucus’ stead. So far, so good. Meanwhile, on land, Malta, daughter of Themis, is entrusted with the Eternal Flame that her mother created to keep the seas calm and the Fire children safe. Malta, too, will become Queen herself one day. The thing is that both Themis and Glaucus are brother and sister and that Argon is currently in the bottom of the sea because he caused a rift between the siblings. A higher god than the two of them intervened as they warred and banished Argon to the bottom, tearing out his magical eye and giving it to Glaucus. Now the two sides stay apart and hate and mistrust each other. Naturally, after they meet, Malta and Sirius realize they’re in love and they’ve got a problem.

The film itself is a masterwork of design and artwork; each background is lovingly drawn and painted. Despite being 35 years old, it feels much, much older. That’s not a bad thing, though, as it helps keep the movie timeless. The film is full of long pans over the undersea kingdom, taking in the world as we get introduced to Sirius and his young friend Teak. This is a place where the animators want us to notice it. It’s not a major “LOOK AT ALL THIS ARTWORK!!!!” sort of thing but it just looks, well, loved by the people making it. It’s a dead art now since more modern Disney films are all about plot, plot, plot and not really about the artwork. Plus, Sanrio and Toei don’t really bother with this sort of thing in Japan anymore. Ghibli, Madhouse and MAPPA do, but they’ve been like that from the start so we expect this from them. Here, it’s in the animators interests to make you notice this stuff. The music is a dreamy, well constructed, loving ode to the romantic Hollywood scores of the '40s and '50s. Think choral choirs and violins aplenty. I’d love to have this on vinyl or even digital if I could. 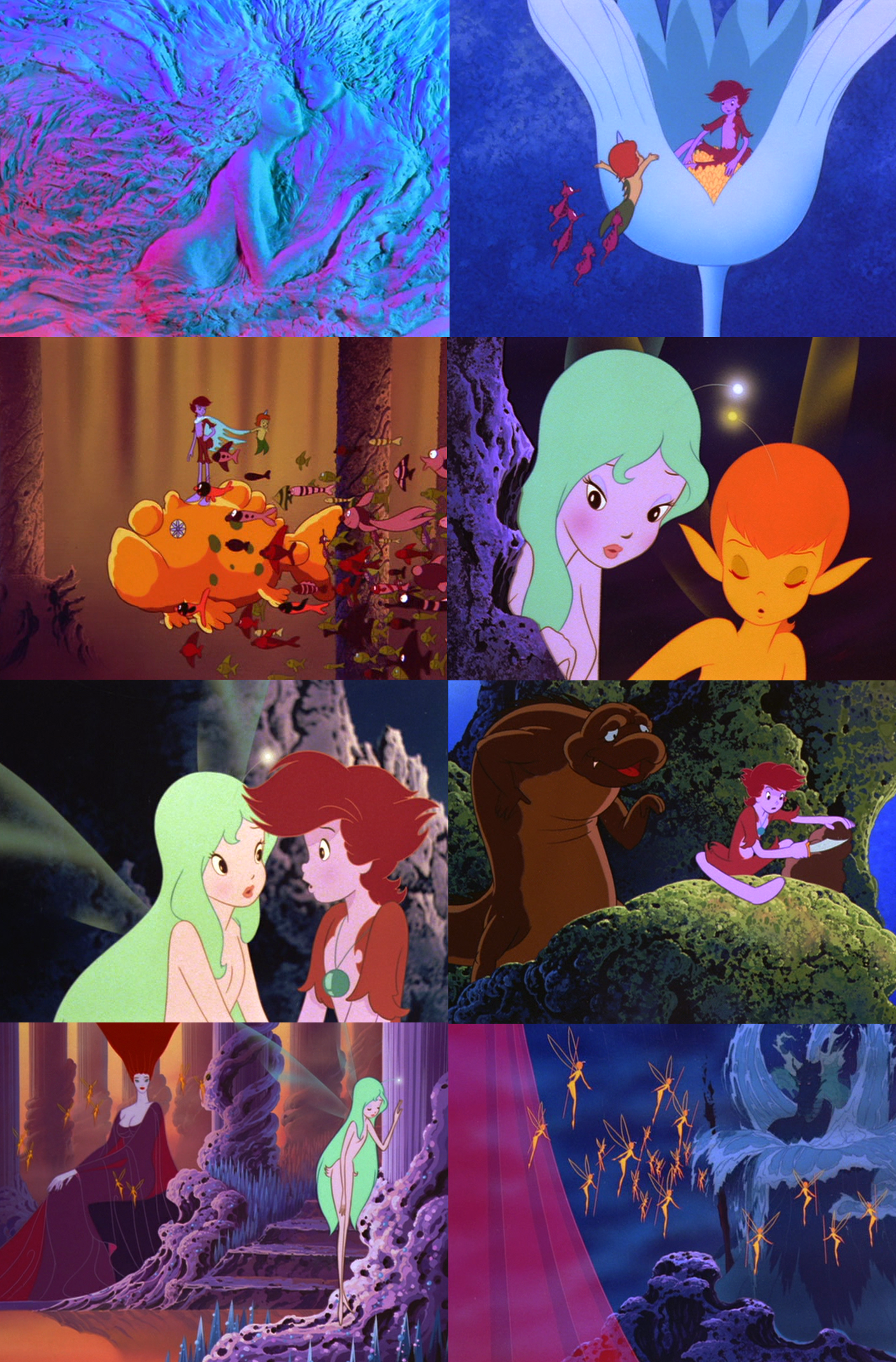 Still, there are a couple of bargaining points in the film that you must accept before going on. There are no humans in this world. It could be the early past or the very far future — we just are not told. The makers of the film figure you’re familiar with Disney and their casts of friendly anthropomorphic creatures. This world has both the fire children and the water children living in harmony with themselves. All the fish, whales, crustaceans and so on get along, and there are only fire sprites on the land so they naturally get along. So it’s like a Disney movie from the '50s except nobody breaks into song. It's admirable the way the story uses Greek mythological figures like Themis, Glaucus and Argon without needing to explain why it’s not a Greek myth story, instead making something that feels authentically mythlogical but non-culturally specific. I wish more studios could have had Sanrio’s bravery. 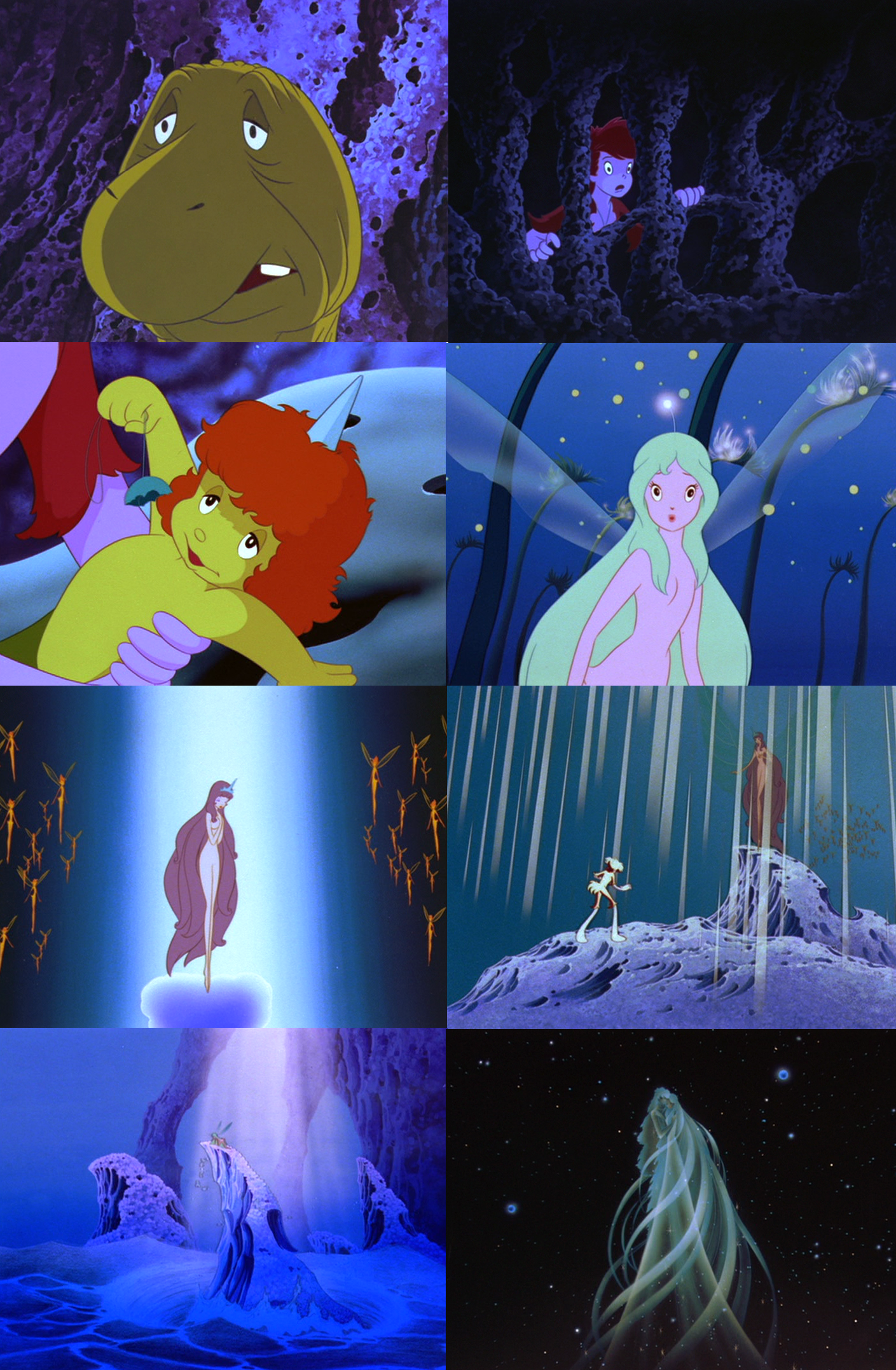 The characters are very well realized in that they are people who had stories before the movie started, which is unusual for a children’s film if you think about it. Sirius was a prince among his people and was respected by all, except Mabuse, a very large Polliwog who has it in for Sirius. People, you’ve met the film’s Popeye, now meet his version of Brutus. Except Mabuse just wants to rule the seas and have Sirius out of the way. On the opposite side, Piale, who is a friend of Malta and a fellow Fire Child, loves her friend a whole lot. Well, more than a friend, more like a super girl crush. I don’t know if I should read anything into that since it is a children’s film and this got an English dub with Tony Oliver (of Robotech fame) as Sirius so I’m certain that this was a non-issue for the US licensors. Speaking of our leads, Sirius and Malta are the classic lovers. Teasingly, we don’t get to see them as they discover each other. Sirius spots her first and then disappears so Malta doesn’t know about Sirius until the next night. When they meet, Malta is giddy about him and we see Sirius struggle to understand this creature. But as they spend time together, he begins to change; he accepts her love and learns to understand his love for her. Sirius really struggles trying to obey his father but in the end, he fundamentally knows that Water Children and Fire Children should be together, not apart. The lightness of being of both lovers is noticed by their friends and at first, they are nakedly jealous of the love developing between Sirius and Malta. But in an interesting twist, both friends, Teak (who is a hyper, little brother type to Sirius) and Piale, sacrifice their own happiness to help their friends without ever thinking of their own safety. When both of the lovers realise what their friends have done, they are heartbroken and the Japanese dub with Tohru Furuya as Sirius and Mami Koyama as Malta sells that rock-bottom moment for the two of them. Full marks to director (and Sanrio and Mushi Pro vet) Masami Hata for getting across that these two young things fall in love BEFORE they know the story of why they should hate each other. So they overcame their parents teachings before they needed to know they were right to think that way. Interesting, no?

Discotek, those wunderkind anime fans, released this a good few years ago and I’ve owned it for at least a one or two. I had not seen it and for the life of me, I can't understand why I didn’t do it sooner. It’s a fantastic story with wonderful animation by a confident director, writer and animation team with a rousing voice cast, plus we get the English dub that has knocked around in US cable TV for a few years now. Either way, you’ll enjoy it. Grab it and close the Trap Door behind you, would you?