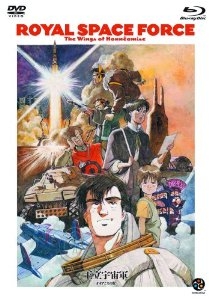 There are titles, ones that stand the test of time, which come with such gravity that they make a reviewer get knock-knee syndrome at the thought of reviewing them. Sadly, there are also titles which would probably have a similar gravity if only they were more well known — had they not been so forgotten by time and fandom. This is the story of a studio (GAINAX) and its first story: Royal Space Force: The Wings of Honnêamise.

To listen to GAINAX co-founder Toshio Okada talk about Honnêamise, you would swear they stumbled into making a good movie. From all reports, GAINAX landed on their feet after working on projects like DAICON IV and having some of their founders work on Macross and having Bandai essentially write them a blank check. These were guys who grew up with Astro Boy and Gundam and read classic sci-fi from Heinlein and E.E. Smith, so their idea of a good movie might not have gelled with a big company like Bandai. To begin with, they didn’t have a producer, had never done professional animation before, and had only told a story idea by Okuda. But tackle it they did, and in a production that would proceed world building technique merchants like PIXAR and LAIKA and totally ape Studio Ghibli’s famed approach, the world of Honnêamise is a dreamy George Lucas love letter. With character designs by GAINAX member Yoshiyuki Sadamoto and animation direction from Sadamoto, Fumio Iida, Hideaki Anno, and Yuji Moriyama, the film had people working on it who either already knew their stuff back then or have proven themselves later in their careers both in GAINAX and after leaving the studio.

The Kingdom of Honnêamise (in which this title is largely set) is a steampunk-esque version of the 1960’s without being steampunk. Everything looks like it was designed by real people, not computers — built out of steel and concrete not carbon fiber and composite material. There are still phones, trains, cars, and everything else, but it’s all stuff from the 1960’s. Add to this the central premise: what would the launch of the first person in space look like if it didn’t happen on Earth? We are told time and again in the film that we are not on Earth and that such notions must be put aside. Yet the animosity between Honnêamise and The Republic makes the universal nature of conflict and people a recognizable viewpoint from which to consider the film. Along the way, viewers get pinches of The Right Stuff and When Worlds Collide thrown in for good measure as the narrative shifts into pure melodrama and high adventure. Plus the life of a ne’er-do-well Space Force member is a drunk, hedonistic affair with trips to the downtown and red light districts tap into a color version of a noir town. Director and writer Hiroyuki Yamaga takes his craft to new levels of seriousness with his ability to make viewers buy into a world they have just encountered and know nothing about. 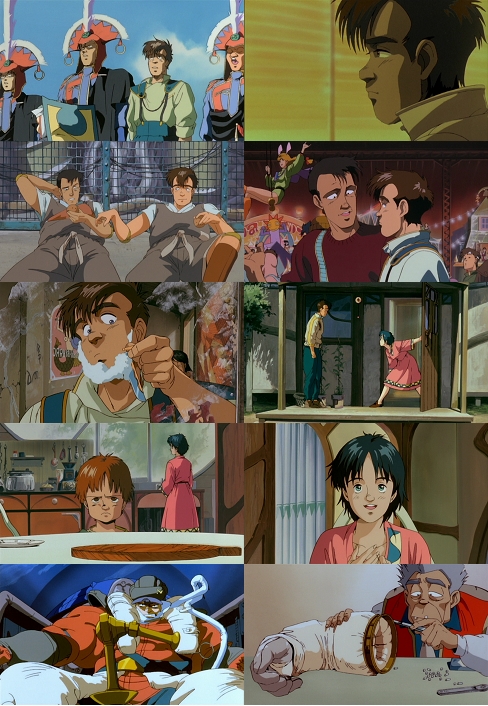 Taking aside the idea of an Earth-but-not-Earth storyline, Honnêamise would be a good movie. Shiro is an everyman but one who proceeds today’s youth. He is a young man who doesn’t know what to do with his life. He wants to join the military and Do His Part, but he finds himself drawn into the space program which is seen for the joke that is. Underfunded and filled with unemployables, the Space Force could only invade boredom. Faced with the task of having to serve in the ass-end of the military as the butt of every soldier’s joke, Shiro doesn’t really want to go into space. But a chance meeting with a girl, Riquinni Nonderaiko, makes something in his soul stir, something that his years of drifting aimlessly had stifled. He believes in himself. Doing what no other member of the Space Force has done, he volunteers. His new found enthusiasm infects the designers, builders, and crew of the Space Force, leading them to rethink and redesign everything to make sure the next launch turns out right.  Riquinni's belief in Shiro as an example of humanity spurs him to accept whatever hardship comes his way. But this leads to his greatest mistake and the near ruination of his life in a split second. As he becomes famous and people are won over by his honesty, the Kingdom decides to use Shiro as a propaganda tool against the Republic. In an effort to get away from the hero adulation and the crowds, he ends up staying at Riquinni’s place, where, in a moment of madness, he almost rapes her. Only because she wallops him on the head keeps her safe and prevents Shiro from making a colossal mistake. He tries to apologize to her, but she stops him cold and simply forgives him. People have debated what that scene and its aftermath means. For their part, GAINAX simply says it is what it is. I for one don’t know if Shiro did what he did willfully or if he couldn’t stop himself. I think, and I’m guessing here, he thought Riquinni’s passion for his success translated into love for his self, but nothing condones what he tries to do. What makes me scratch my head every time is why Riquinni forgives him. The only thing I can guess has happened is that her upbringing and beliefs allow her to forgive him, and she wants to not speak about it anymore. Whatever the meaning and interpretations of the scenes, the ramifications are profound. Shiro realizes that he has become an ideal for people to strive to and that what he tried to do brings dishonor and shame to himself. This throws Shiro into the final days of the countdown not caring anymore what happens to him. As the final countdown begins, the Republic invades the launch site’s local area, and Shiro convinces the launch crew to stay and help him finish the countdown. 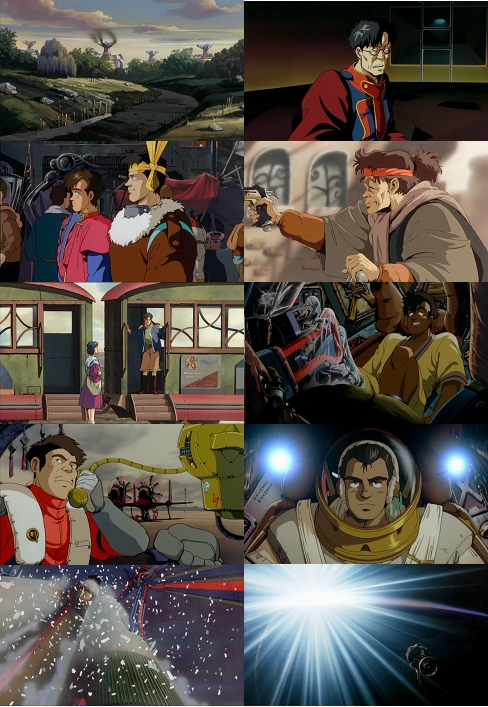 I think that Wings of Honnêamise stands the test of time precisely because it’s not set on Earth and because it taps into our latent need to reach for a higher goal beyond the pettiness and scuffle of the now. Everyone in the film is deeply flawed, but only a few hold to their ideals to the end. Its creators lavished attention to detail and background that goes above mere workmanship. That it was the first title from Bandai Visual USA’s ill-fated trip into America to be re-released in North America speaks of the enduring love that fans on both sides of the language divide have for it. While the Blu-ray/DVD combo (and yes, even the HD-DVD/DVD combo as well) can be found online for reasonable prices, Maiden Japan will be releasing it in October on blu ray. This might be an excellent time to introduce yourself to the film or, if you’ve already seen it, pick up for others to enjoy.

Revewers Note: The screen captures are taken from the DVD edition. They don't do the Blu-ray version justice. If you can, buy the Blu-ray.