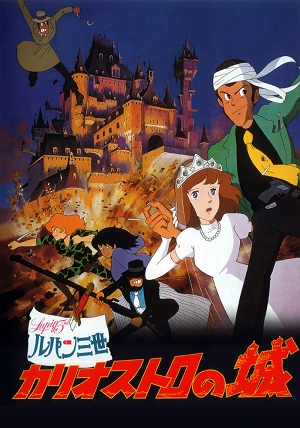 The best of something can sometimes be called a bad thing, but in the case of this entry in the Lupin film series, it comes with a certain director attached whose presence brings up proceedings to take on the notion that a lowbrow hero can’t have a highbrow adventure. The director is the acclaimed Hayao Miyazaki, and the film is The Castle of Cagliostro.

In the aftermath of the Second World War, the public in the Western hemisphere became fascinated with the high stakes world of intrigue and espionage. Tales of derring-do have always thrilled audiences, and the spy thriller as we know it grew out of stories like The Great Escape, Stalag Luft, The Man Who Knew Too Much, and The 39 Steps. The genre is much older than the 40’s, but its heyday came after the Cold War had started and the “stakes have never been higher” became a catch line for most of these films. James Bond as a cinematic device and the novels of John le Carré are archetypes from the era, but a sub-genre of the spy thriller is the caper movie. The Pink Panther, Ocean’s Eleven, and The Italian Job are the best examples I can think of. The idea being we know that a robbery will be committed, we will meet the gang or person planning the heist, and we will watch them execute the plan. Some plans work out, some don’t. The draw is getting invested in the thieves and hoping they get away with it. The genre keeps going up to the present day with Family Business, The Ladykillers, and the remake of The Italian Job. 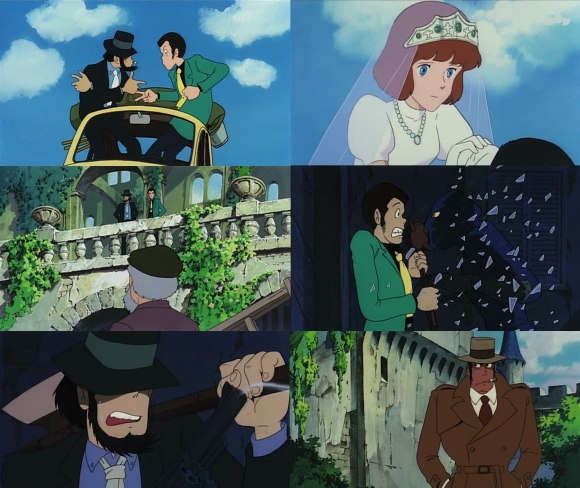 The Italian Job is the closest title to what I wanted to talk with you in relation to The Castle Of Cagliostro. Both are set in Europe, both have teams being assembled to commit a crime, and both have charismatic leaders. The Italian Job had Mark Wahlberg and Castle of Cagliostro gets Lupin the Third. If we are going to watch a caper movie with the esteemed grandson of Arsene Lupin at the controls, it’s only appropriate that it opens with a caper. Robbing the casino in Monaco, Lupin and partner Jigen find their haul is nothing but Goat money — counterfeit currency coming from the Grand Duchy of Cagliostro. Incensed, Lupin decides to head there with Jigen in tow in hopes of nicking the money press plates from the printers underneath the Regent’s castle.

And here we go.

Castle of Cagliostro relies on a skill set that truly only Hayao Miyazaki possesses. Eschewing the tempo set in the previous entry in the Lupin films, Miyazaki’s Lupin is a knight in shining armor to young belle Clarice, the reluctant fiancee of the Count, and the true moral compass of the film. Knowing only that the Count is a villain and Clarice is in need of help, Lupin gets in harms way (ostensibly because he wants the plates) and ends up in the Count's sights. Of course, Jigen has seen his friend through everything, and this latest insane heist isn’t really shocking to him. I am told that previous to this movie, Lupin had a far more lecherous and avaristic nature to him. Evidently, Miyazaki changed the character just enough to still be Lupin but one more inclined to the director’s sensibilities. Here Lupin is a thief, sure, but he cares about people and doesn’t go out of his way to destroy lives in pursuit of riches. For him, the money’s good, but the thrill is in the chase. As his first proper directing gig, a lot of things that would become hallmarks of Miyazaki’s run as a creative talent can be seen here: a strong, if flawed, male character (Lupin); a completely independent female character (Fujiko, Clarice); dreamy European inspired design (Cagliostro); and a strong set of acts finishing in a resolute third act. 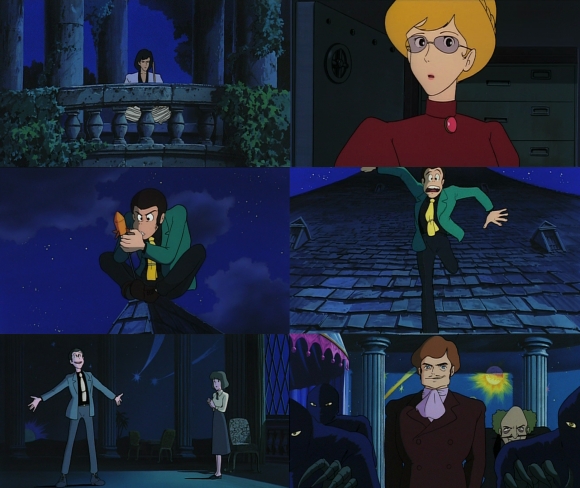 Going beyond mere caper is how Miyazaki shows that when Lupin is challenged he brings his A-Game to everything. When his attempts to rescue Clarice are rebuffed by the Count and his men, Lupin engineers a plan to bring his old nemesis, Inspector Zenigata (OF INTERPOL!!!), onto the case and force the Count to live with the world’s media in his figurative front yard while he tries to marry Clarice against her will. But things simply escalate. Lupin ends up in serious trouble, and the combined efforts of Jigen, Goemon, and Zenigata (plus a little pick me up from Fujiko) set the epic showdown between the Count and Lupin. 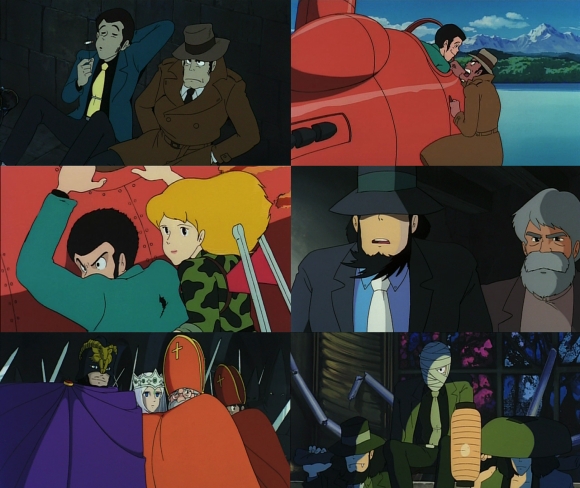 The character interplay is this movie is much better and more grounded than in previous Lupin outings. Lupin, Jigen, and Goemon are three world-weary individuals who want gold, riches, and a bit of wine and a smoke (though with Goemon, that’s pushing it). Lupin works his magic with his friends and convinces them that this is to be a grand adventure. Lupin's scraps with the Count and Zenigata reveal a respective contrast between a villain who doesn’t know he’s out of his depth with the master thief, and a stalwart antagonist who knows when it’s possible to capture Lupin and when it is clearly not. Also, Lupin's clearly flirtatious banter with Fujiko is still going strong. Really, the only criticism with which I can call out the script and story for is that everyone clearly is having fun doing what they are doing. 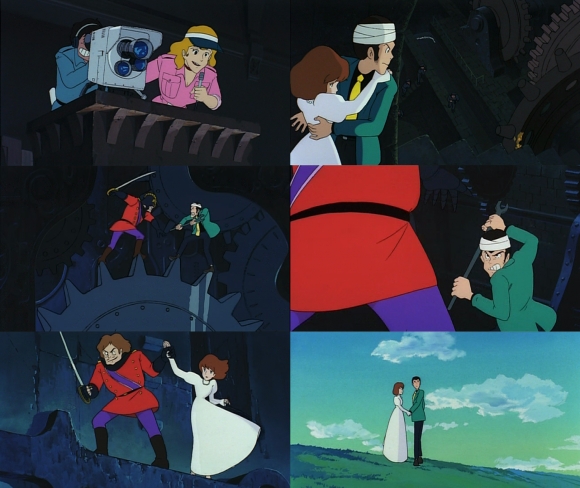 The animation in Cagliostro has aged very well, in my limited opinion. Have a look at my screen captures from the Clock Tower Scene. I dare you to find any scene as sophisticated at the time of this film’s release. The cogs turn, the Count’s men chase after Lupin, Clarice gets dragged everywhere in an attempt to save her life, and the Count simply goes on a rampage trying to kill Lupin. All the while, we know Lupin can take care of himself, but still he stumbles and is imperiled at every corner and drop. The vitality of the sequence is not lost on others. Disney admitted aping the scene for the finale of Basil The Great Mouse Detective while PIXAR just gushes about it anytime they are asked. It’s a testament to the skills of the director and his staff that, while watching Lupin and Jigen racing along the hills of Europe in a Fiat 500, you have no idea that the clock tower fight is where you’ll end up with the rest of your audience. If you’re not sold on the clock tower, keep in mind that this is the same movie where wave after wave of armoured assassin racing across roofs trying to kill Lupin and his gang is treated with lightning efficiency, or even the quiet beauty of the Cagliostrian countryside as shown in loving detail but without overly long pauses.

Castle of Cagliostro is better than just being a Lupin film and is a satisfying Ghibli film (even if it was made by TMS and not Ghibli). It was always going to escape from the Trap Door. It was good before I got here, and it’s still good now.