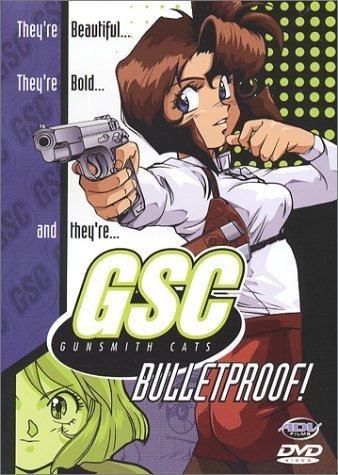 Ah, what would we do without Ken’ichi Sonoda? Most of the late Eighties and Nineties would have been dull without him.  When not designing characters in Gall Force or mecha and characters for Bubblegum Crisis, he was working on his own stuff like the OVA Riding Bean. Reportedly, after someone noticed a sketch he had done of two girls while working on Riding Bean, the person said that the two girls seemed like a better idea. Thus was born Gunsmith Cats, made up of Rally Vincent and Minnie May Hopkins, two of Chicago’s best bounty hunters. Of course, it had to be animated at some point. Oh boy.

(Please note, I’m going to assume that you know about my review of Riding Bean)

In this jump into the Sonoda-verse, Rally runs a gun shop with her partner May. After getting hustled by ATF agent Bill Collins to look into a gun smuggling operation, the two girls quickly find themselves embroiled with corrupt officials, car chases, and a psychotic ex-Spetsnaz agent. While this is a universe independent from its manga origins, the cast of people they create to beef up the existing cast is excellent. Natasha Radinov, the aforementioned Spetsnaz agent, is a good main villain with bits of Goldie and Gray from the manga mixed together to make a formidable but not invincible antagonist. She IS crazy but not mentally unstable — she can blend into a crowd and quietly do her job, but anyone who likes killing this much should be locked up. The other characters introduced are also excellently cleaved from Sonoda’s playbook, but I can’t go into details without spoiling things for you. From what I can tell in terms of timeline, this seems to be set after the events of at least the first volume of Dark Horse’s omnibus release of the manga; the cast all know each other, but Roy Coleman and the rest of the Chicago PD don’t really get involved until the second episode when the body count goes through the roof. Bean Bandit doesn’t turn up either, but given as how Rally in this version is taken from her manga version, I would suspect that Bean would have to rebooted as well. One thing I should mention is that the anime also assumes you’ve read the manga, because Becky (the GSC’s friend and reporter) and the rest of the Chicago PD are not given proper introductions. This might be a little confusing for newcomers. 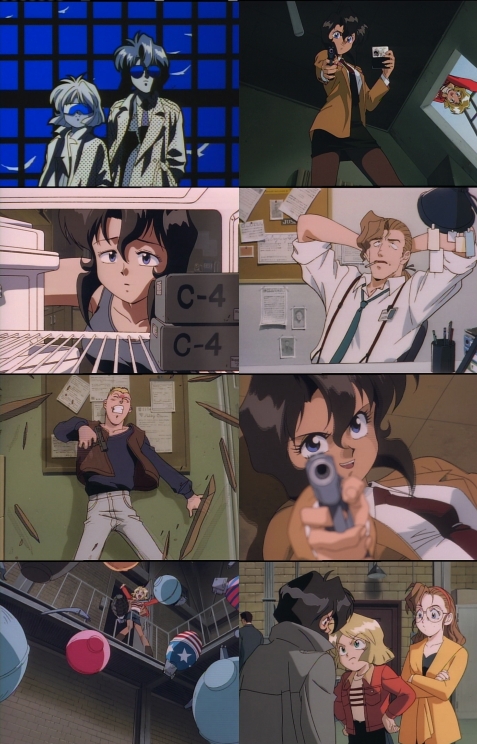 A disappointing note to mention is that for some reason the quality of animation, while high, isn’t on the same level as Riding Bean. Since both are OVAs, you would think they would have similar budgets. But whereas Riding Bean had Bullit levels of sophistication, GSC goes for a more straight actioner. Lovely gun battles and swinging camera loops are the order of the day, while the city of Chicago is lovingly detailed and then summarily blown up or shot at in equal doses. All in all, it’s not a bad looking series. I think the original language track is kind of better than the ADV dub because it’s a Matt Greenfield dub from the 90’s, so there are lots of jokes and humor but the whole thing is missing polish. 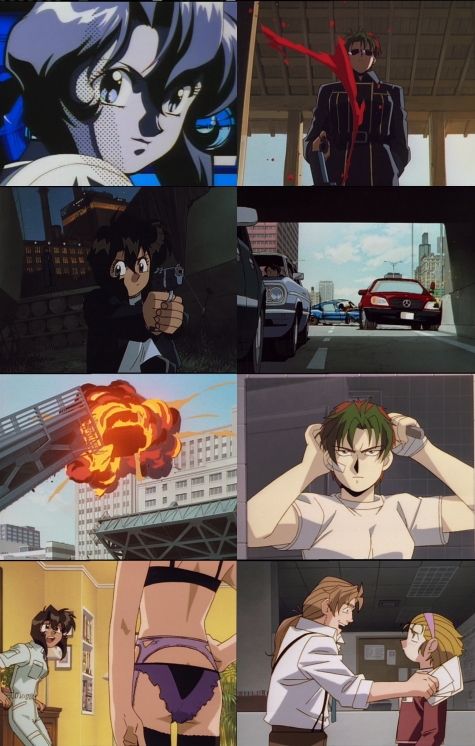 The show uses the gun running operations as a cover for expanding into more cat-and-mouse methodology, as the race to catch Radinov before she kills the girls takes up more of the plot. Since there are only have three episodes, we can only get snippets of the world in which the anime is set and the girls’ backgrounds. But the creative team do manage to sneak little bits and pieces into the show, like May calling out the name of her longterm boyfriend, Ken, while sleeping, or when Jonathan Washington (a bad guy/ally) picks up one prosthetic arm that has a hook and another with a gun attachment — an act that echoes manga villain Gray’s replacement limbs. What should be a by-the-numbers adventure becomes a nice little Joel Silver-esque romp through Chicago as Rally tries to get her prey.

For anyone who has seen Riding Bean, Gunsmith Cats (GSC) is not in the same tone as its predecessor. I put this down to Sonoda having a character designer role but not a writing role. He was given complete control over Riding Bean. That was a disaster. Watching it now against GSC, I can see where he went wrong with Riding Bean. Sonoda’s more insane plot points (Semmerling’s psychotic arc, the whole thing about her seduction of a child) meant that you almost laughed at the absurdity of all. Here with Takeshi Mori directing and Atsuji Kaneko writing, the girls have time to get fleshed out, and we see them tackle three different but interconnected stories. While Sonoda probably liked working on GSC the anime, from the looks of things he just took the money and ran. While I’m eager to one day see the girls back on screen, it’s optional if Sonada directing traffic that day. 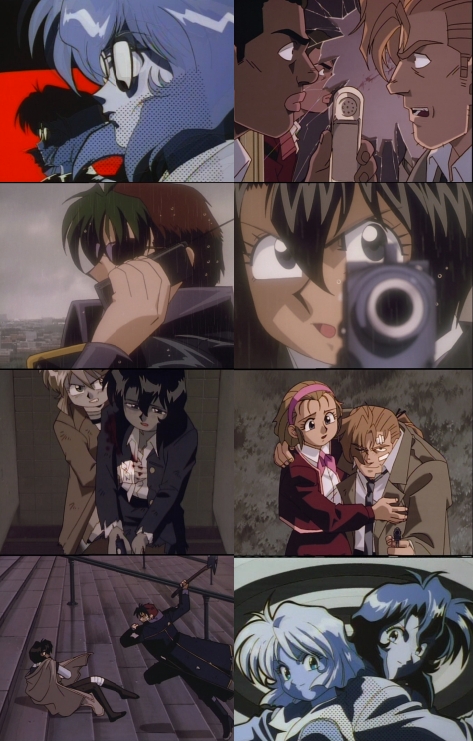 I would also like to address the availability of Gunsmith Cats on home video. ADV put out the English translation of this in 1996 and then re-released all three episodes in one release entitled Bulletproof. The DVD I have is the Madman Australian repressing of the ADV disc. But trying to get it on Amazon starts a look into the $20+ mark for a decent copy on DVD. Sentai seem in no hurry to re-release it under their banner, and it has not been re-released in any other English-speaking territory since at least 2004. I would recommend, as always, seeking this out at conventions as part of bulk purchases. If you can’t get it at a con, decide whether you should spend that much money on a 1-disc anime you haven’t seen. I buy this stuff because I want to, not because I like paying higher prices for everything. Have fun trying out this part of Sonoda’s garden and see if it agrees with you.