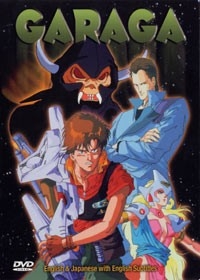 In the pantheon of bad anime, there is no one winner, because winning would denote having achieved something. But even bad anime have to have a couple of also ran’s. You know, the kind that have hodgepodge plots and terrible cookie-cutter characterizations. I don’t find these works deliberately. In Garaga’s case, it found me. Now I wish it hadn’t.

Not complex enough to be an OVA and not interesting enough to be a theatrical film, Garaga is the film you would make if you decided to mix Arthur C. Clarke’s work and the film Deadly Prey together and see what happened. Deadly Prey is a movie that should be watched by no-one, and Clarke’s work should be read by everyone. This makes Garaga a movie everyone should read about but that nobody should actually watch. OK, so the plot: a spaceship, the XeBeC (this is how the writers wrote its name), is on a mission to go somewhere. Where that somewhere is, I couldn't tell you. If the characters don’t care, I’m not going to. Anyway, the ship crash lands on a known but uncharted planet (or so we think! Dun-dun-dun!), and some of the crew are killed. The survivors gather all their equipment and try to gain a foothold on the planet. Oh, and right after the last person leaves, the ship sinks. I mean exactly right after the last person leaves. So far, so good. 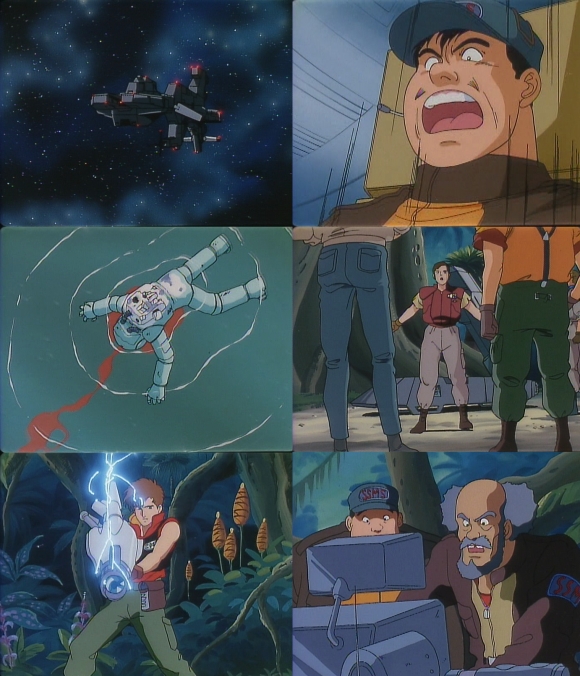 Then the movie just loses its mind. I don’t know exactly where, but my suspicion is that it's around the point when our hero, Jay, has his techno version of the Lion-O suit up scene or when the crew starts to look and act indifferent to the moral peril in which they find themselves. But all hope for me was lost when the ape men turned up. Yes, a bunch of sharp-teethed war apes with helmet and sword getups attack the humans, and nobody bats an eyelid. When I say that, I mean they treat it like they are on an away mission from Star Trek. They stand around discuss things and then just walk away. Our hero is straight of the 80’s comic book hero playbook. Mysterious, skilled, and deadly, he also has no personality beyond the lines he has to deliver. I never see him worry about anything, and he only barely escapes the Batman “Curses! Captured by Penguin! Again!” trap of dialogue delivery. 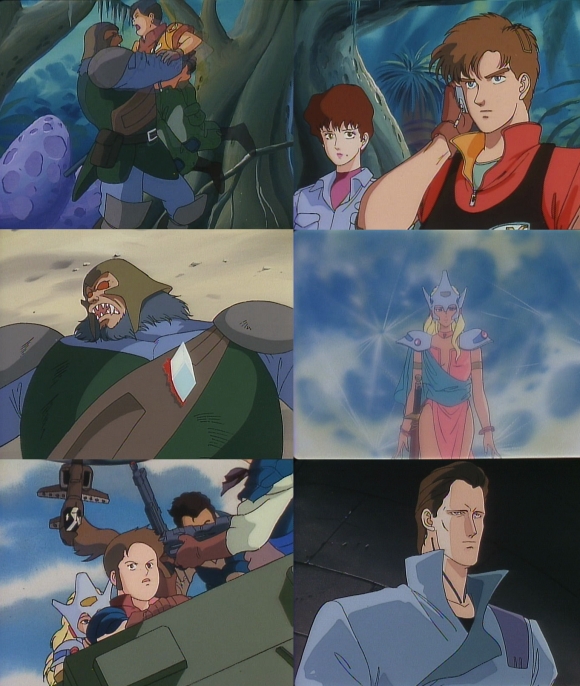 The rest of the movie descends into a mixture of Dune, Star Trek (Original Season 3), and Gatchaman. The planet has a stone walled kingdom at the center of a desert. Inside the city, a Darth Vader android ripoff serves a rejected Imperial General from Legend of Galactic Heroes as they attempt to wipe out a psychic version of Dune’s Fermen. These psychic warriors are led by a desert princess who looks like a cast member from She-Ra, I kid you not. Of course, she falls in love with Jay, and they team up with the XeBeC’s crew to defeat the General’s troops, her own people, and the ape army — which they do after a bit drama and pathos. Though, this kind of pathos can be found on cornflake boxes ... it’s that cheap. Then as our heroes triumph (did you ever have any doubts?), we get a bizarre mashup of Odin’s and Iczer One’s endings. This is literally shoehorned in without any warning. 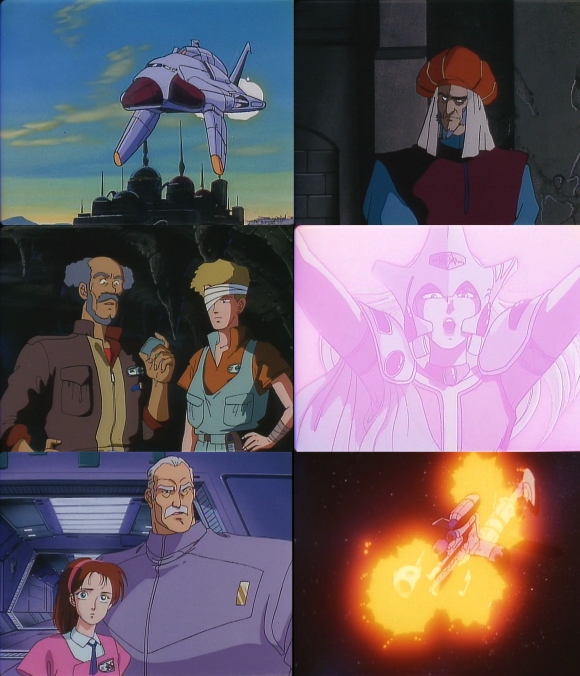 I wasn’t interested in investing in the rest of the cast and characters, and I wouldn’t waste my words caring about them when I really don’t. Animation ranges from OK to “let’s just rip off TMS’ matte paintings from He-Man” cheap, which just adds to my indifference. This is the first title on Trap Door that I wouldn’t recommend to anyone, even if you’re remotely curious. It’s not even super bad and therefore good. It’s just plain bad and it can be bought for a song, but honestly, I don’t know why you would bother. This is really sad because the movie tries really hard to present this love letter to sci-fi adventure novels and radio programs from the 1920's and 1930's. The spaceship they initially travel on has a rotating section for gravity and a smaller shuttle section for exploration purposes. They conduct themselves once they are on the planet like a big jungle adventure with patrols and such. But every time we see them do something awesome, the film tries its best to squander all this good work. This film is so bad, I couldn’t listen to the English voice track. Watching it drunk, it would seem like a great time. Then you would watch it sober and all joy would leave you. For that reason, Garaga remains in the trap door. 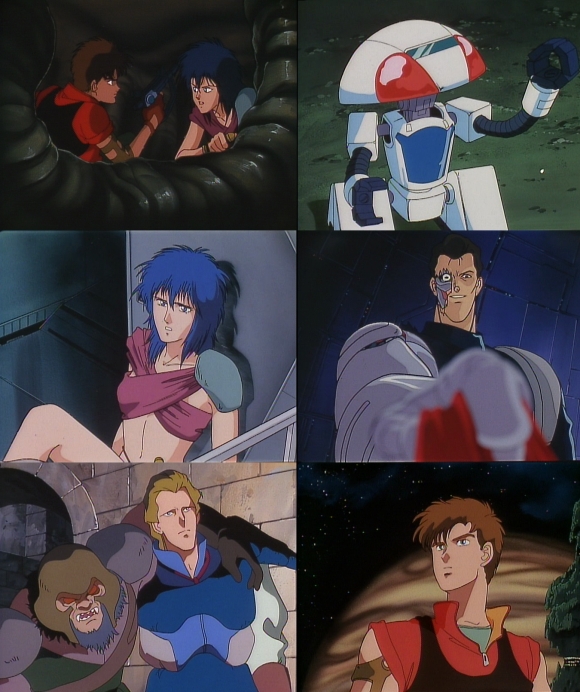 Next month is the first anniversary of the Trap Door and I gave decided to punish myself for you, dear reader. For what I will watch is not quite human but considered...Humanoid.