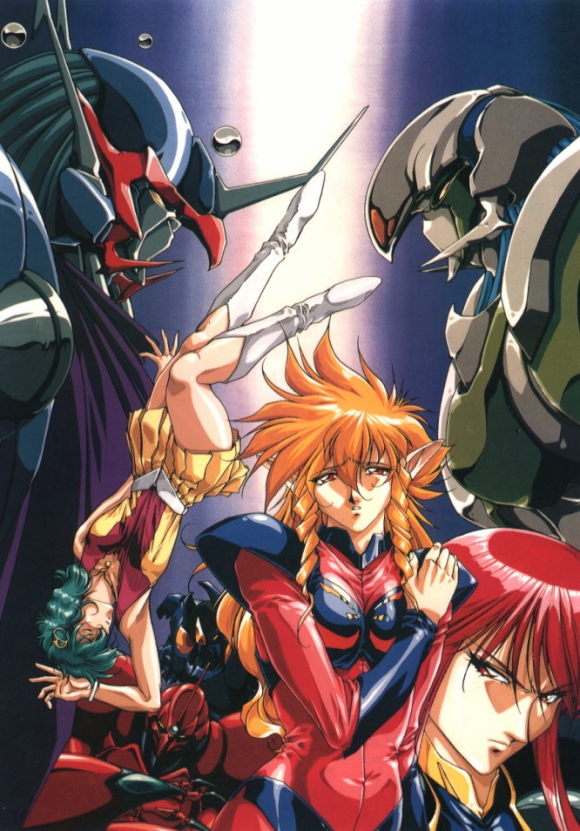 OK, at some point you will learn of the existence of Toshihiro Hirano (also known as Toshiki Hirano). He’s got two big things to his credit. First, he has created some of the best and worst anime around. His kill list includes Apocalypse Zero, Dangaioh, Hades Project Zeorymer, and Vampire Princess Miyu. I’ll stop there and let you re-read that list. OK, are you good? Second, he teamed up with Masami Obari (a man who inhabits his own pocket universe) once or twice. Yeah, one of those projects was Magic Knight Rayearth, sure. But the other was beyond insane, with powered mecha, body horror, lesbian aliens, and naked female pilots. It was called Fight! Iczer One. Now, which one do you think I’m going to talk about?

I can’t for the life of me figure out how Fight! Iczer One got made in the first place. Seriously, I want to be a fly on the wall of the room where this got suggested. You’ve got a robot girl, Iczer One, who comes to Earth to find Nagisa, the only girl on the planet who can co-pilot the Iczer Robo. Together they take on alien invaders, the Cthulhu, under the control of their leader, Sir Violet, who wants to take over the whole planet and its people. While Nagisa is naked. In the cockpit. While Iczer One remains fully clothed. And the answer that Hirano got was probably: “Sure, great. When do you want to start?” Trust me, describing it doesn’t do the show justice. Truly, it just unfolds in front of you. Now, most shows that feature a lone girl or boy and their alien friend defending Earth usually involve them striking out from a secret base. No, nothing like that here. The Earth Defense Forces get slaughtered in the opening minutes of the first episode in an increasingly hilarious sequence of them launching super-ship after super-ship only for said ships to be totalled by the Cthulhu. And then, a silence falls on the Earth. Pretty soon, Nagisa’s family is being wiped out in front of her and Iczer One comes in to rescue her. 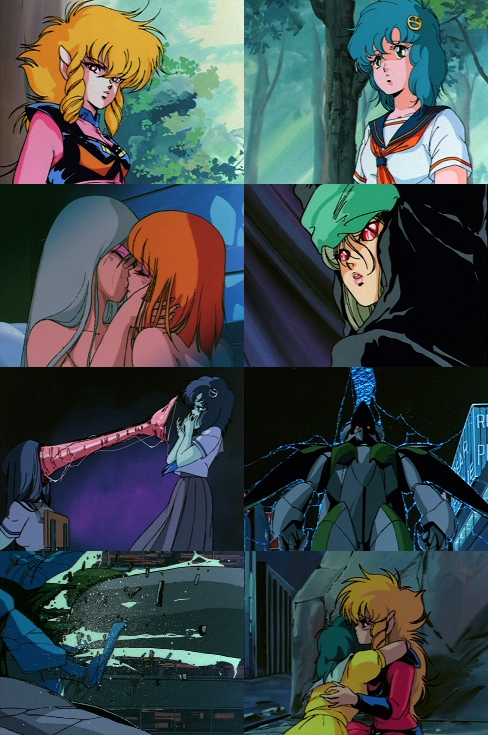 It takes a very long time to get to the point in Iczer One. And instead of having dead air in the intervening, Hirano fills it with Nagisa not wanting to do anything after watching her parents turn into monsters. Iczer tries her best to motivate her but it takes another person’s plight to give Nagisa the reason to fight back. On the enemies side, we are told implicitly that Cthulhu pilots Cobalt and Sepia are lovers and when Cobalt is killed trying to defeat Iczer and Nagisa, Sepia ... well, the best way of saying this is she loses it and vows to defeat and destroy the two girls. This includes practically killing Iczer One and torturing Nagisa till she agrees to be Sepia’s partner. And we see, as the episodes move on, that really the Cthulhu are as much victims as humanity, but I’m not going to spoil it for you. 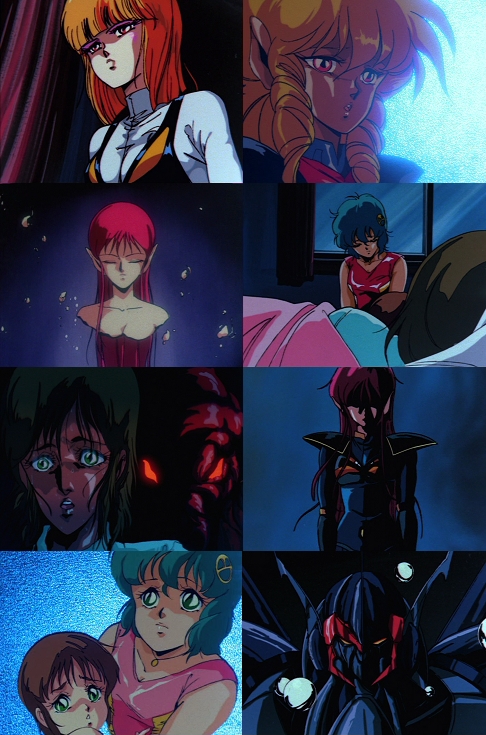 I guess what I’m getting at here is, once you get past the insane bullshit, it becomes a simple Us Vs. Them story with some excellent action set pieces and solid mecha design. Yeah, Nagisa is naked. Yeah, the Cthulhu are all women and by default are all lesbians. But once you ditch that it becomes a great action/horror adventure. The monsters that people turn into, the Vedims, are straight out of the Lovecraftian horror playbook and even the name of their masters, Cthulhu, is a nod to the New England author. The Earth gets torn to pieces as Sir Violet sends combatant after combatant against the girls. Nagisa seems to be torn for most of the fighting, having been forced to fight one-handed against her former friends. 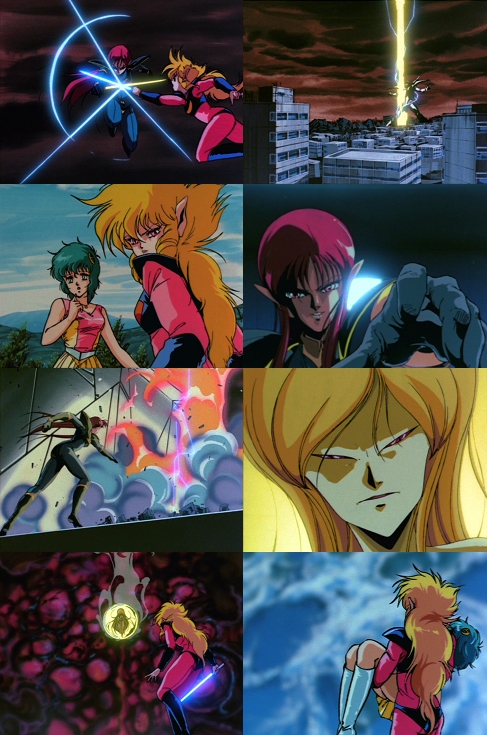 The subtitle script from CPM alumni Toshifumi Yoshida and Trish Ledoux, is a real treat. Helping things bounce along are Mayumi Sho as Nagisa, Yuriko Yamamoto as Iczer One, and Sumi Shimamoto as Sir Violet. The late Japanese voice acting god, Kaneto Shiozawa, is also in the cast, but I’m not telling you where. The English dub, directed by Doug Stone, has Mr. Stone and Wendee Lee (credited as Wendee Swan here) trying their utmost best to inject some needed drama but the rest of the cast seems to be in cruise mode. Luna Celeste as Nagisa is, problematically, good when she needs to scream and kinda bad when she needs to emote. The music by Michiaki Watanabe is synth heaven and effortlessly pumps the standard tropes of the villainous theme, the heroic theme and the weird theme throughout the show. Watanabe’s other works include Dangaioh (another Hirano/Obari work), Godannar, Getter Robo, and some of the Mazinger Z series. You'll know when you’re listening to Watanabe’s work.

There really isn’t anything else like Fight! Iczer One in my collection. I suspect that there really isn’t anything in anime like it either. It’s too insane to be standard sci-fi and fan-service titillation and not tame enough to be forgettable brainless fodder. It’s a mixing blender of Japanese kaiju movie, classic Western horror literature, and creator eccentricities.

The DVD from Media Blasters is still in print and you can get it from Amazon US, Right Stuf, and Barnes & Noble at the moment.