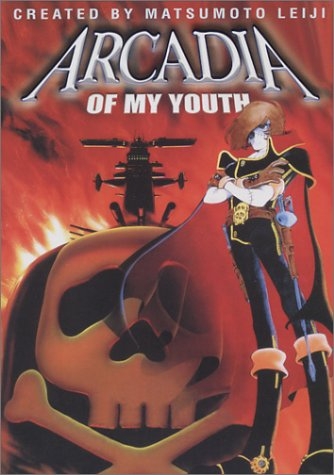 One of those guilty pleasures I have as I turn into an old fart is the standalone, unexplainable anime film. Leiji Matsumoto understands that. Why else would he have created such an amazing character in Space Pirate Captain Phantom F. Harlock? In a franchise that rewards itself with reinventing itself, Matsumoto, in handing over directing duties to Tomoharu Katsumata and writing to Yōichi Onaka, helped create what I feel is THE definitive Harlock story: Arcadia of My Youth.

Set in the far future, when Earth and its Solar Federation has been established and settled, Space Corp's Captain Harlock returns home to find his world conquered by the Illumidus Empire and totally subjugated. Harlock cannot accept this. Rather than submit to his new masters, Harlock bands together with a brilliant engineer, Tochiro Oyama, and some of the Illumidus’ slaves to lead an insurrection. Using the new starship, Arcadia, designed by Tochiro, Harlock and his crew decide to set off to find help from the homeworld of the slaves, known as Tokargans, and stop the occupation of Earth. 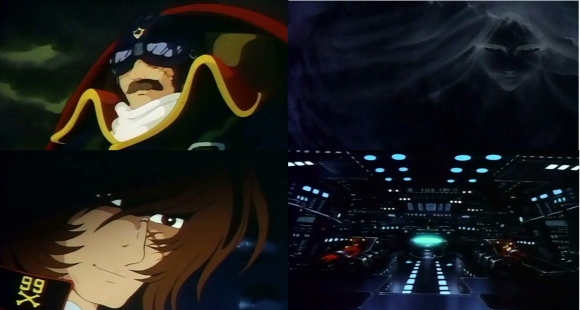 Harlock isn’t trying to fight his destiny, he’s trying to be worthy of it.
What makes Arcadia work as a Harlock story is that it exists as the most clean-cut version of his origin. How did Harlock become a space pirate? Why is he fast friends with Tochiro? How did he acquire the Arcadia? This movie answers all of these questions and more. Over the years, Harlock's origin has been told and retold, because Matsumoto doesn’t believe in dragging his franchise along with a convoluted timeline. Every time you sit down to a Harlock story, he is the same and different at the same time. Arcadia’s prime reason for existing is that it is a self-contained story that is told neatly and compactly. My favorite part is how Tochiro and Harlock are friends.

Meeting in World War II, their ancestors forge a bond that traverses the ages, and when they meet in the 2960’s, they already feel like they know each other. This is completely implausible, but it goes toward understanding the vibe of the movie. Matsumoto is on record as being, hmm, set in his ways. He strikes me as a Romantic, albeit a little too fatalistic for my tastes, who doesn’t seem to like that Japan lost the war against the Allies. All of his Harlock stories have a “Fighting against impossible odds” bent, and Harlock comes across like a defeated man even before the battle starts. Arcadia is a boys adventure in the mold of a World War II novel—"Won’t it be glorious to die in battle" (and that sort of thing), violence and warfare are not glamorized, and all fights end honorably. Harlock goes into the adventure feeling he can win, but as the film progresses, he gets dealt bad hand after bad hand. Ironically, and maybe this was a deliberate act on the writers part, the humans who the Illumidus’ appoint as overseers come across as even more dishonorable than the Illumidus’ themselves. Make no mistake, they are ruthless, but they at least treat Harlock’s code of honor with amusement whereas the human administrators are perplexed and confused by Harlock wanting to fight the good fight. 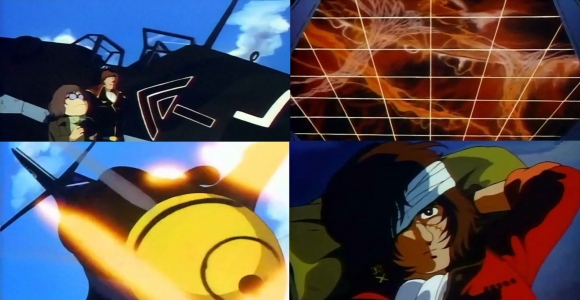 Arcadia is a boys adventure in the mold of a World War II novel.
All the characters have reasons for fighting. Harlock’s, I’ve already stated. Tochiro doesn’t want to live under the Illumidus. Esmeraldas (a fellow Space Corp captain turned fighter) has the same kind of code of honor as Harlock, but she is less harsh in her delivery. Maya, Harlock’s former lover, is the Voice of Free Arcadia and a symbol of human resistance. She’s a standard, and she knows it. Even the Tokargans know it’s only a matter of time before their bosses turn on them. I should probably warn you that if you’re going into this thinking it will be good triumphing over evil, you might want to skip this. Nothing is really resolved by the end, and Harlock himself gets more personal heartache than most heroes should. Onaka, Katsumata, and Matsumoto like ‘em really tragic, I guess. All along the way, we see bits and pieces from the ancestors of Harlock who overcame problems themselves but didn’t defeat them: a desperate flight over Papua New Guinea, a fight to the death over the skies in WWII Europe. All these things are leading up to the latest version of Harlock. He was always destined to find Tochiro, always destined for heartbreak and personal loss, and always going to face his demons. The most uplifting thing about Harlock and Arcadia is that you can, much like Kipling tells you that you can, meet with Triumph and Disaster and treat those two impostors just the same. Harlock isn’t trying to fight his destiny, he’s trying to be worthy of it. Whether you’re watching the previous TV show, the subsequent TV shows, or OVAs (including the follow-up series to this (SSX Endless Orbit), Arcadia is the most Harlock story possible. I do like the other versions (I’m partial to Harlock Saga for some reason), but Arcadia is my favorite. 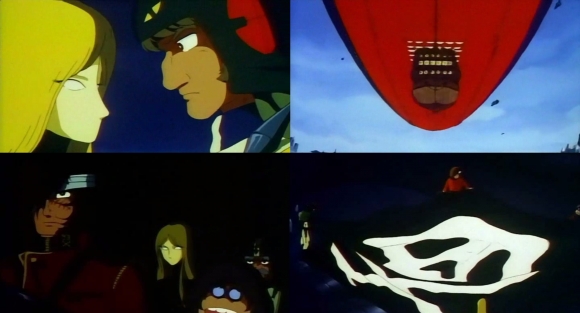 While I've always liked the design work in Harlock, Arcadia has all the parts you'll recognize—from the Arcadia's layout to Harlock's dress sense. It's all high collars and huge goddamn boots for everyone. The Arcadia is one of my favorite fictional ships because it's so impossible as a design: a huge steel hull with a massive skull and crossbones on the front of the hull and a Spanish galleon's stern complete with wood finish and Jolly Roger that despite the laws of physics, somehow blows in space. While the animation could be described as perfunctory, where it really excels is in the nebula scenes as the Arcadia struggles to save itself from the ionized gases' vice-like grip. Energy wakes, plasma tails, and a multi-coloured background has the Arcadia set in stark contrast against the sky. It's a film in love with animation, and the animation is happy being in love with the film. 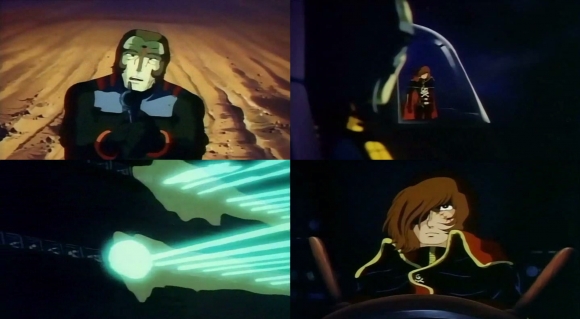 Sadly, this is one Trap Door title that is truly out of print. Animeigo put out a DVD in 2003 after Best Film and Video put a version on VHS entitled My Youth in Arcadia (the actual Japanese translated title), which ran uncut. Before that, Celebrity Home Entertainment put out a cut version called Vengeance of the Space Pirate. I’ve never seen the VHS versions, as the Animeigo DVD is complete with extensive liner notes. But as it is with Animeigo of late, it’s now out of print and running at forty-ish dollars on Amazon US. It’s up to you if you want to get it, but if you’re a Harlock fan, it is a good investment. Setting course across the cosmos, it’s leaving the Trap Door port with no bills to pay.