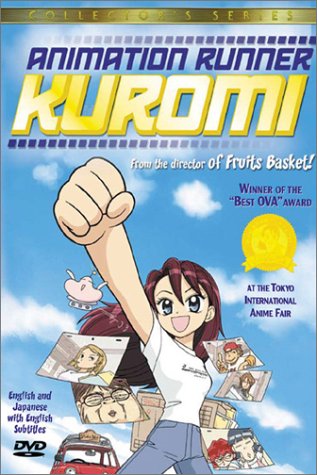 Since Shirobako is doing the rounds at the moment, I thought, "what better time to remind you about an anime that nobody will watch because it’s too old?" Ah, that’s a bit harsh, but nobody talks about this show anymore. It’s directed by the same guy who did Fruits Basket (have I got ya yet?) and it was released by Central Park Media (have I lost ya yet?). It is the one and only Animation Runner Kuromi.

Mikiko Oguro is starting at the fictional Studio Petit and she's ecstatic, as she’s been in love with the place since they did Luis Monde III (also fictional). Shame that the director, after showing her around, gets sick and leaves her in charge of the production of their latest show, Time Journeys. OK, she’s in up to her neck and really needs to keep it together. Again, shame that the key animation staff are losers, weirdos, showoffs and apathetic whiners. Plus, Kuromi (the nickname given to her by the director) has a deadline of "yesterday" to get the episode finished. Thankfully director Akitaro Daichi throws the whole thing into a blender and pushes the Go button. 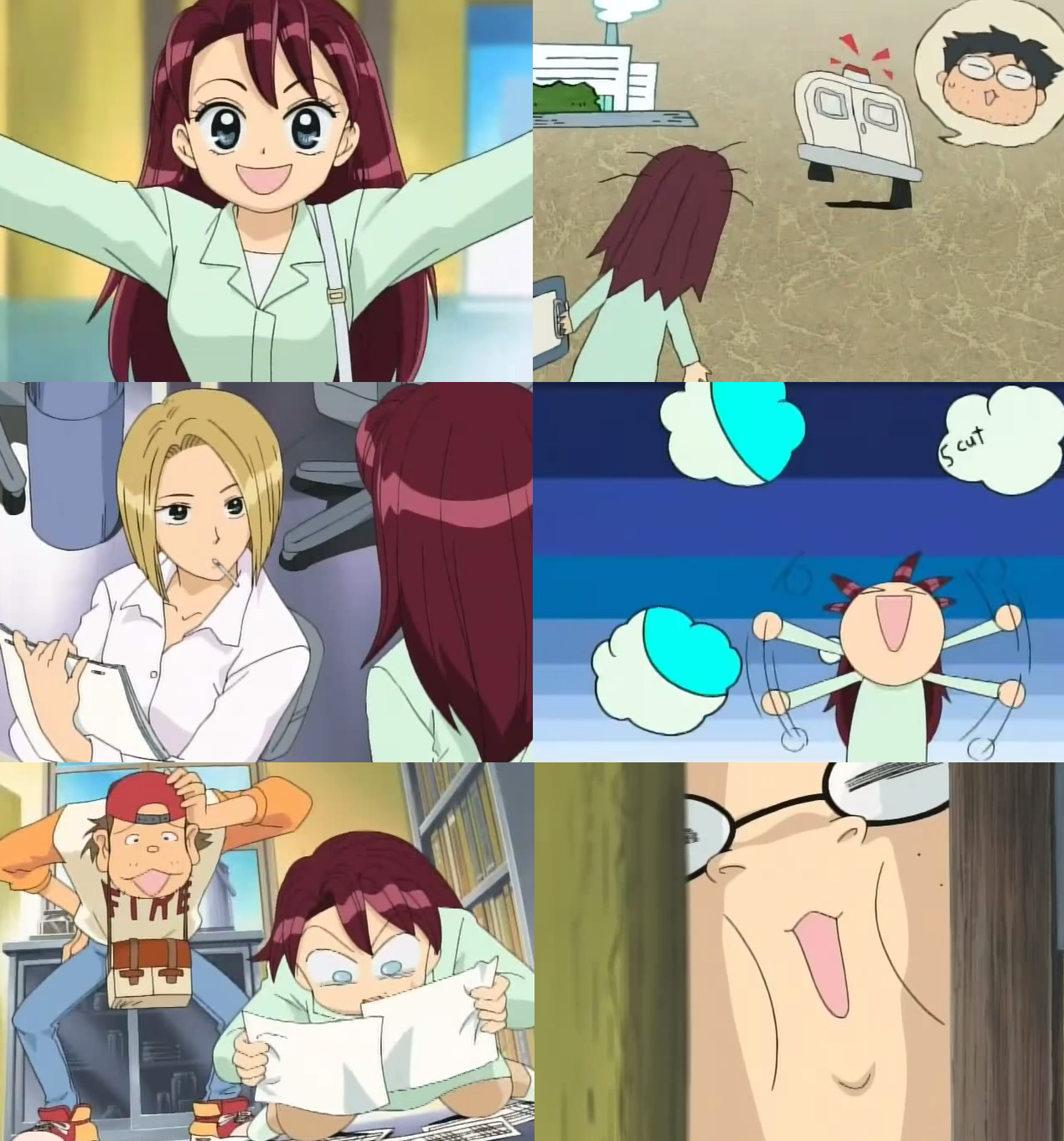 What makes Animation Runner Kuromi is that the cast are so different and wild: Kuromi looks like a normal person, but when she wants something badly enough, she drops the normal conventions and does whatever it takes. Artist and ridiculously attractive bloke Mizuho Tanonaka seems like he’s got it together, but he’s a total time waster. He answers Kuromi with a kind of “Aha-ha-ha! Right you are, old chum!” attitude that rubs animation director Hamako Shihonmatsu the wrong way. I suspect he’ll end up being a director on his own project before he's 60. As for Shihonmatsu, she’s such a weary, cynical person that when Kuromi breezes in, she's like “Really, kid? You’re happy to be here? Whatevah!” Shihonmatsu does really know her stuff but she’s been working in the industry for so long that she can’t remember why she got into the game to begin with. With a cigarette in her mouth and a pen in her hand, she mercilessly skewers anyone who crosses her path. Aoi Fukami is a gentle soul who gets put down by her daily life so much that when Kuromi innocently asks her about her incoming workload, Aoi starts and there’s no stopping her. Mai Horaguchi is a preening madonna who wants to hear only sweet nothings from Kuromi. The less said about mountain sized Seiichiro Haryu the better. With his anime figures, posters, hentai (probably) and wall-to-wall apartment that I wouldn’t want any woman near, he’s as close to living the otaku dream as possible while coming with his own warning label. 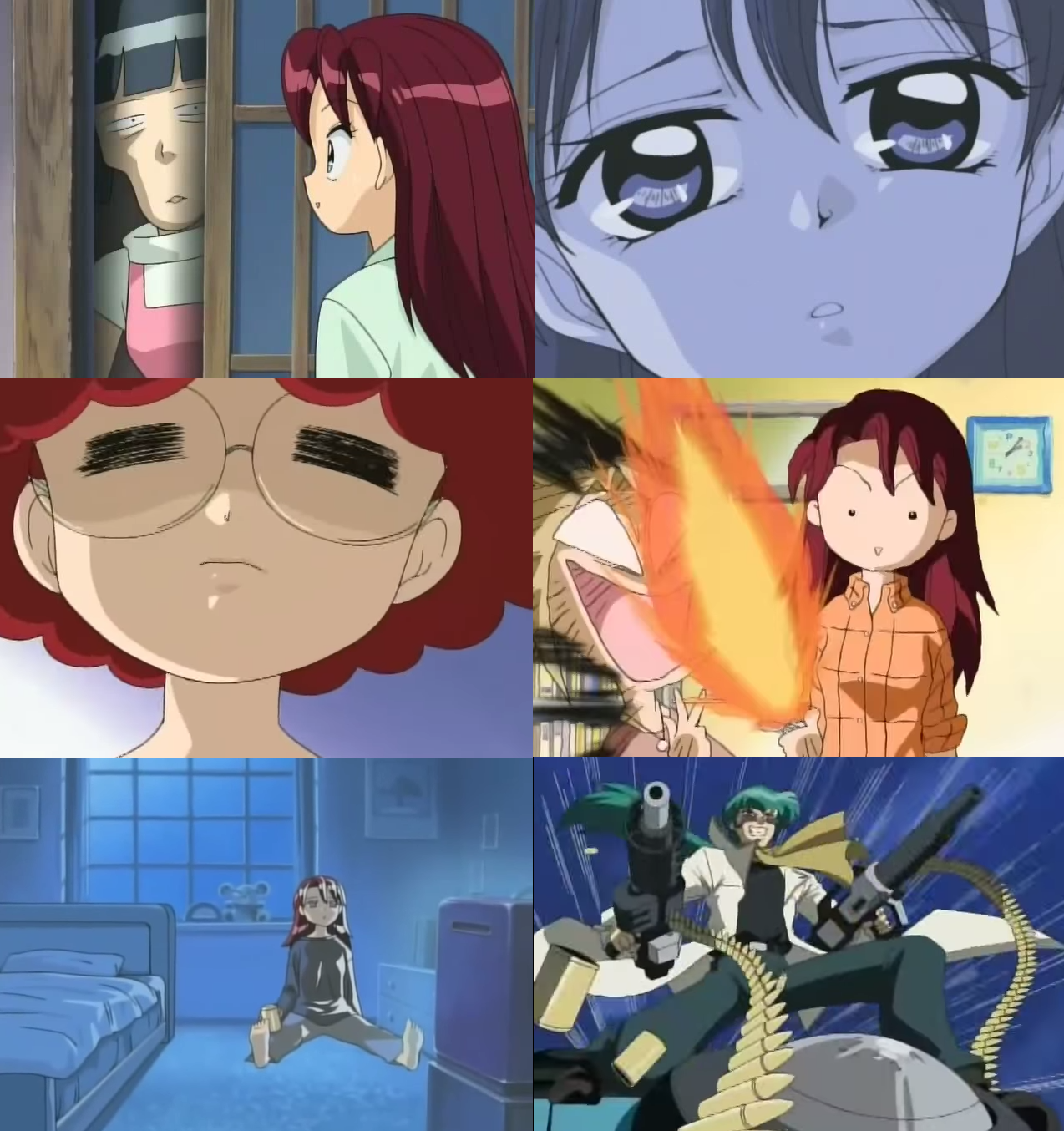 As Kuromi coaxes them out of their shells, these misfits start filtering into the studio rather than working at home. Pretty soon the scale of the problem becomes apparent to even the most flaky of the staff. That’s when the real fun starts as the snowball down a mountain freaks everyone out and Kuromi is racing across open bodies of water to kidnap surfing animators or holding Haryu’s toys and figures hostage until he finishes his work. She panics about failing so badly that even the TV news reporters attack her in her dreams. The animation on display veers from the characters screaming at each other to Kuromi barreling down the highway in a car that loses two wheels but just keeps going. People melt down in every single way imaginable. There’s a gleeful insanity to the proceedings that the creative staff know you’re going to enjoy, so they keep putting up the eyecatches for fictional shows Time Journeys and Luis Monde III to keep you on your toes. In the English dub, every time the announcer intones “Time Journeys!” it gets louder and more excited. That Time Journeys seems to be a more racy ripoff of Tatsunoko Pro’s Time Bokan or that Luis Monde is only two steps away from ripping off Lupin III just makes the joke itself sweeter. 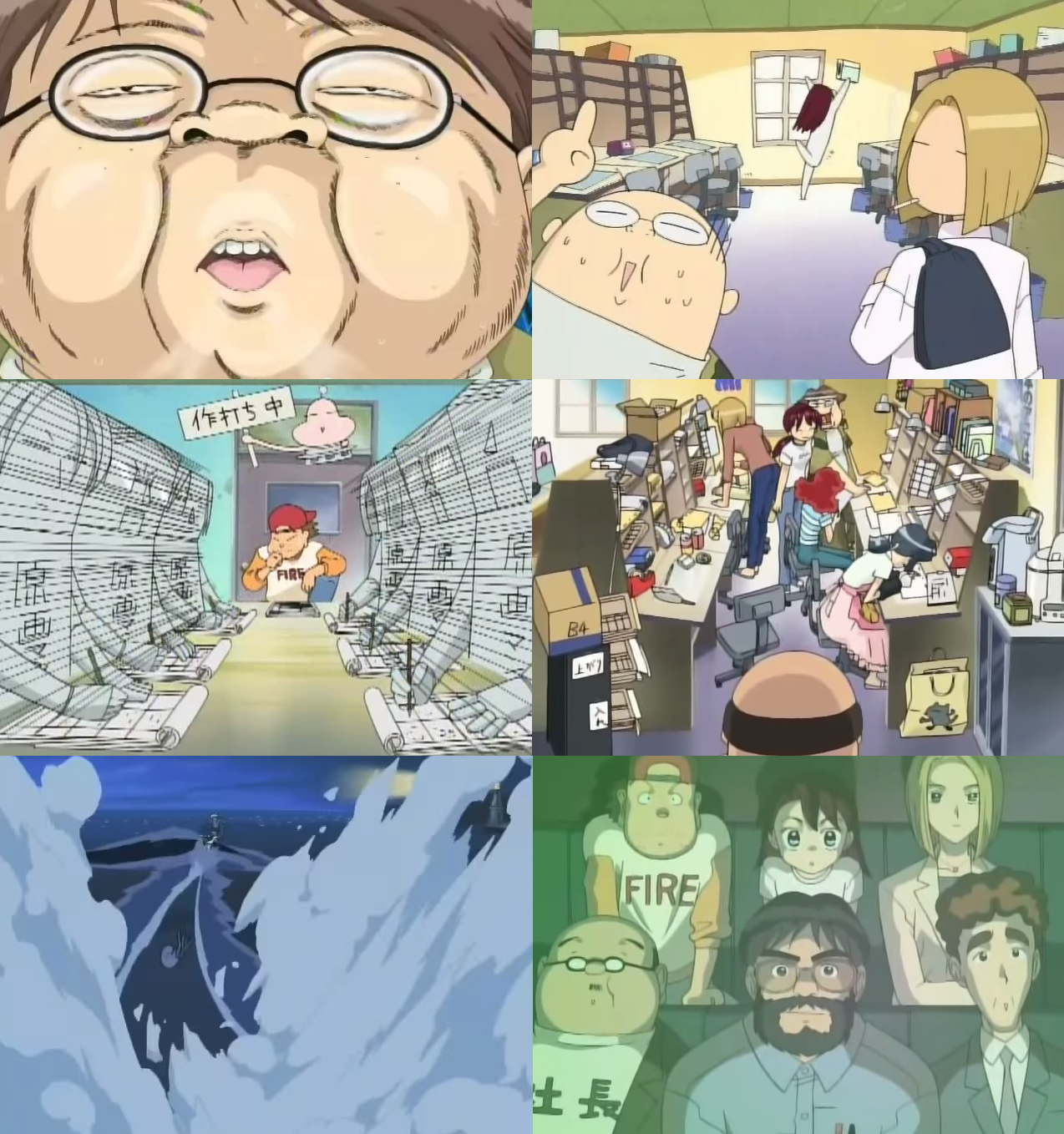 While Animation Runner Kuromi is a farce in its heart of hearts, we do learn the ins and outs of the anime production industry, and it’s not pretty. Animators work long hours and get very little attention outside of their jobs. They’ve all got their lives but animation is what they love. We learn little bits about Shihonmatsu and how her journey was similar to Kuromi's. Meanwhile, Kuromi infects her and the rest with a breath of air that they didn’t realise they needed. Kuromi herself wants to be involved with the studio that made Luis Monde, so she sticks with this hellish schedule. Eventually, her drive and love for the job gets to the other staff members. All in all, the OVA is a nice little cake to have with your metaphoric tea while you’re waiting for something more serious to come along. The DVD of the first OVA is getting really hard to find online so I’d ask friends or family to grab it for youif they spot it in thrift shops or bargain basement places. The second OVA can be found for cheap right now and it’s more of the same in case you’re curious. The first one is taking a rest from animating after escaping from the Trap Door with no key frames to collect before the deadline.