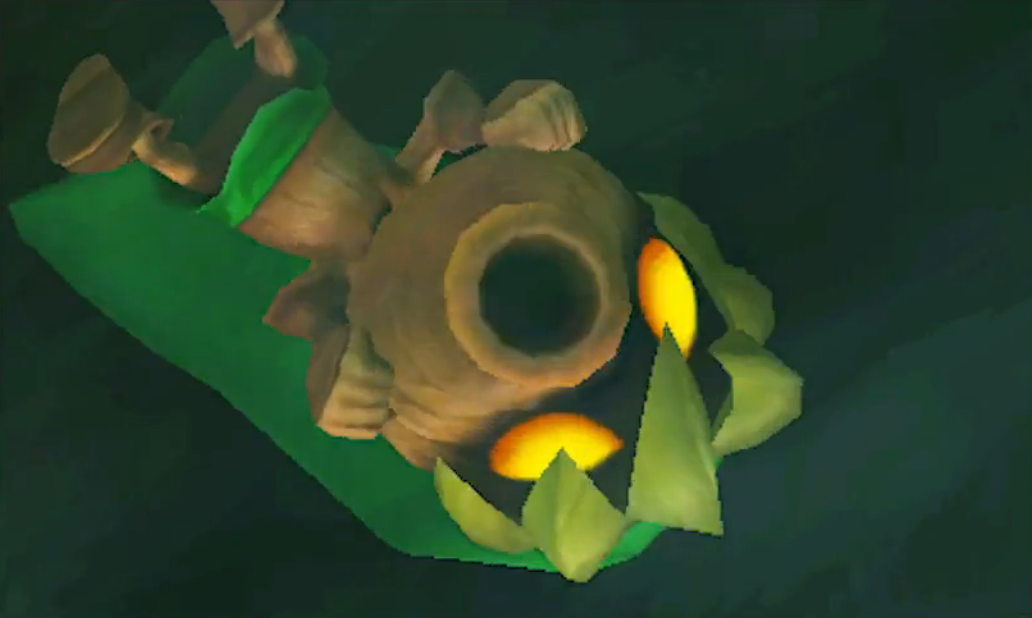 I'm replaying The Legend of Zelda: Majora's Mask and jotting down my thoughts in a column called "Termina Travelogue." Follow along here.

Zelda isn’t a game series known for its racial politics, but there’s some surprising — though not necessarily intentional — social commentary to be found in Majora’s Mask. Link's ability to change his race by switching between magical masks, for example, offers some pertinent parallels to real-world race relations.

Interestingly, Majora’s Mask doesn’t treat this transformation as simple change to your appearance or the mechanics of your character. Your race has social and economic consequences in Termina, which becomes abundantly clear in the opening sequence as you run around Clock Town, stuck in the body of a Deku Scrub. The Bombers only allow humans in their club. The Trading Post won’t sell to you. Granted, some of these are age restrictions, like the bar that only serves adults and the guards who won’t let you out of Clock Town unless you’re an adult or you can wield a sword, but the fact remains that when you are a Deku there are things you cannot do. There are subtler restrictions too: an injured Koume won’t even talk to you as a Deku, instead mumbling, “Now I’ve gone and attracted some weirdo’s attention. I’ll just play dead." 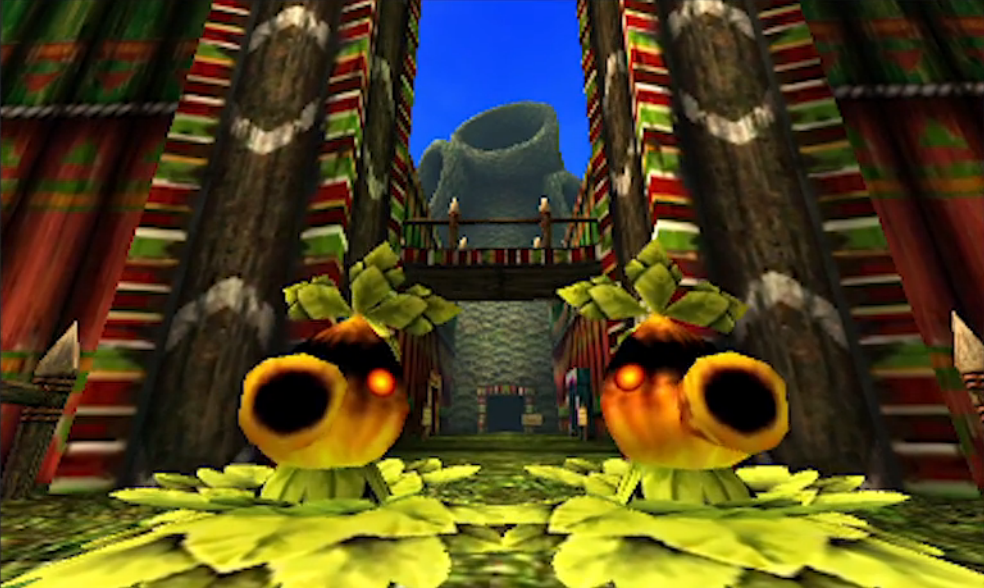 This takes on a new dimension when you finally turn back into a human and find that some of the things only accessible to you as a Deku, such as the business scrub in the Southern Swamp who only does business with fellow Deku and the execution of the monkey at the Deku Palace, are now off limits (“this is no place for outsiders,” as the guards say). As in real life, each identity results in both negative and positive consequences, but Link's race-changing masks allow him to alter these parameters based on the situation, manipulating others' perception of him and capitalizing on the privileges of each race. This, combined with his ability to turn back time, results in a hero who is essentially omniscient, able to experience many different perspectives both privileged and oppressed at many different times.

Just think of the implications this has on the real world: if one were able to experience a single day in the shoes of another identity (say, a straight white man in the shoes of a gay black woman), they would likely come away with a powerful new perspective on their own privileges or the privileges of others. 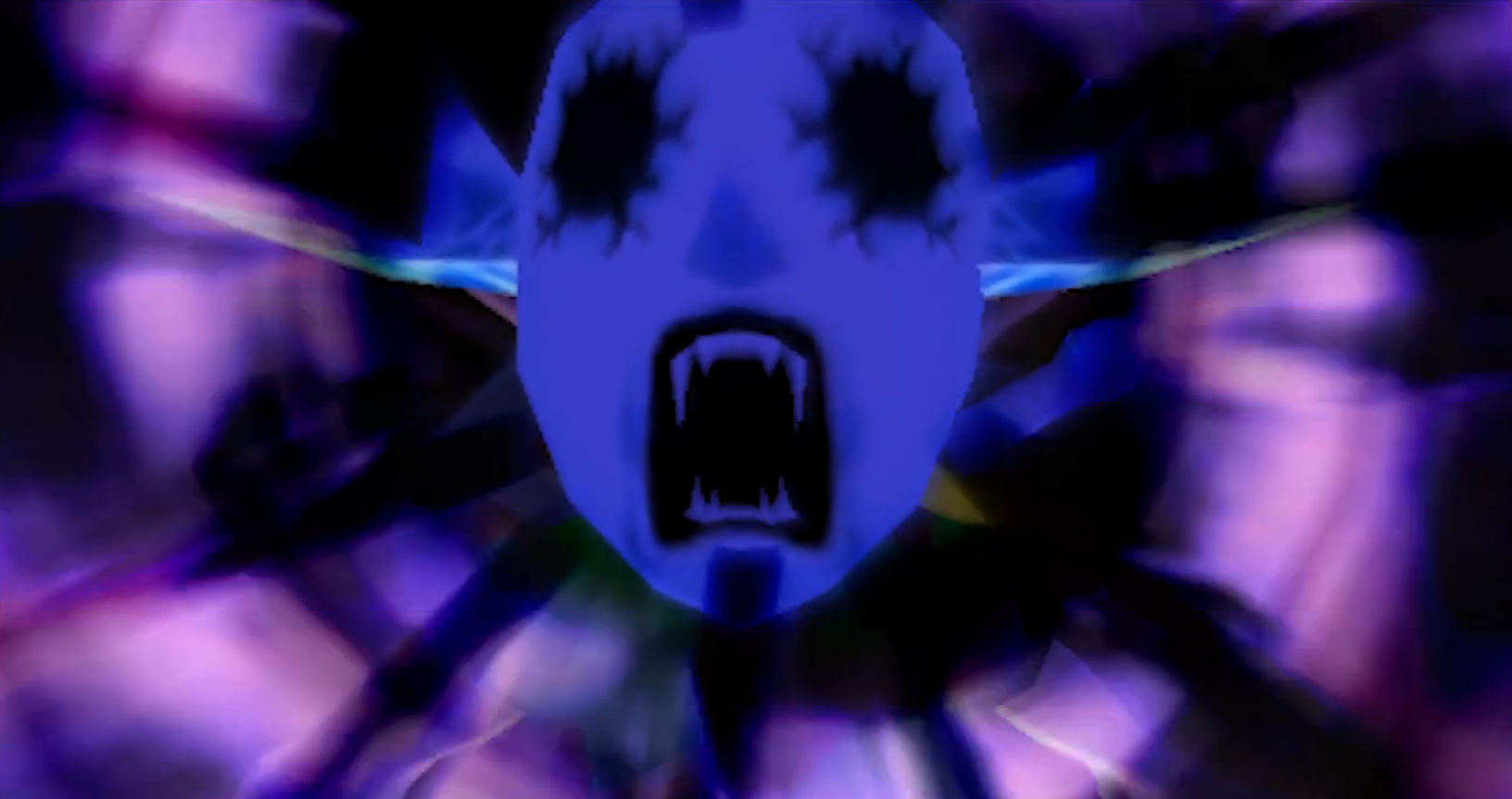 Of course, it’s likely that all of this subtext is merely an accidental result of the game mechanics — perhaps the designers simply thought it would be interesting to provide varied abilities and movement styles to different races, and felt that restricting certain behaviors based on race would effectively gate the experience to ensure the player slowly discovers each new area. Regardless of the authorial intent, the racial restrictions, and Link’s ability to overcome them, shine a spotlight on the ways that race works in the real world, and force us to consider the impact of our own racial identities.

The Legend of Zelda: Majora's Mask is available on the 3DS E-Shop and wherever video games are sold.