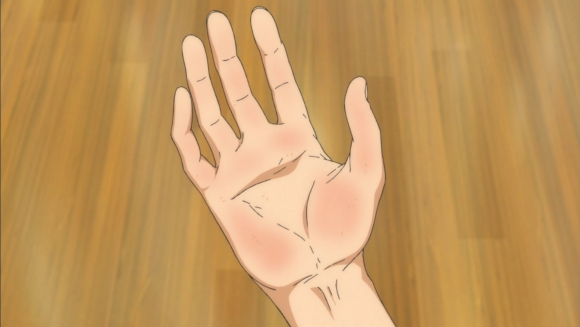 Individually leveraging hope against the weight of their unique baggage, Kageyama and Hinata compete against some first years of Karasuno High School’s volleyball team in order to join it. The problem? Kageyama, despite masterful setting skills, expects his movements to be read by his teammates and never to have to read their own intentions, while Hinata is an endless well of try without a single crystal shard of real team experience or disciplined talent (outside of spiking) in his vertically challenged body. Each is a risky bet on their own as a prospective team member, but their shared love of the game and drive to just be on the court as much as possible brings these two boys together as complementary players. It’s not a perfect fit at first, but a spark, followed by some experimentation and a lot of effort, results in a moment that redeems and validates both boys.

Whether it’s history as onlooker to an inaugural event or someone overcoming a personal hurdle, achievement means nothing without adversity. Kageyama’s ego earned him the depreciative nickname “King of the Court” by his former team and got him benched, and the spread of this reputation left him isolated. Hinata’s lack of team training and strategy, obvious in his tendency to spike the same way every time despite the same blocked results, does not mark him as an ideal fit on any team. But when Kageyama has to choose a teammate to set, Hinata unwittingly takes that choice away by just being there—mid-air, at the net—via his own overt enthusiasm. 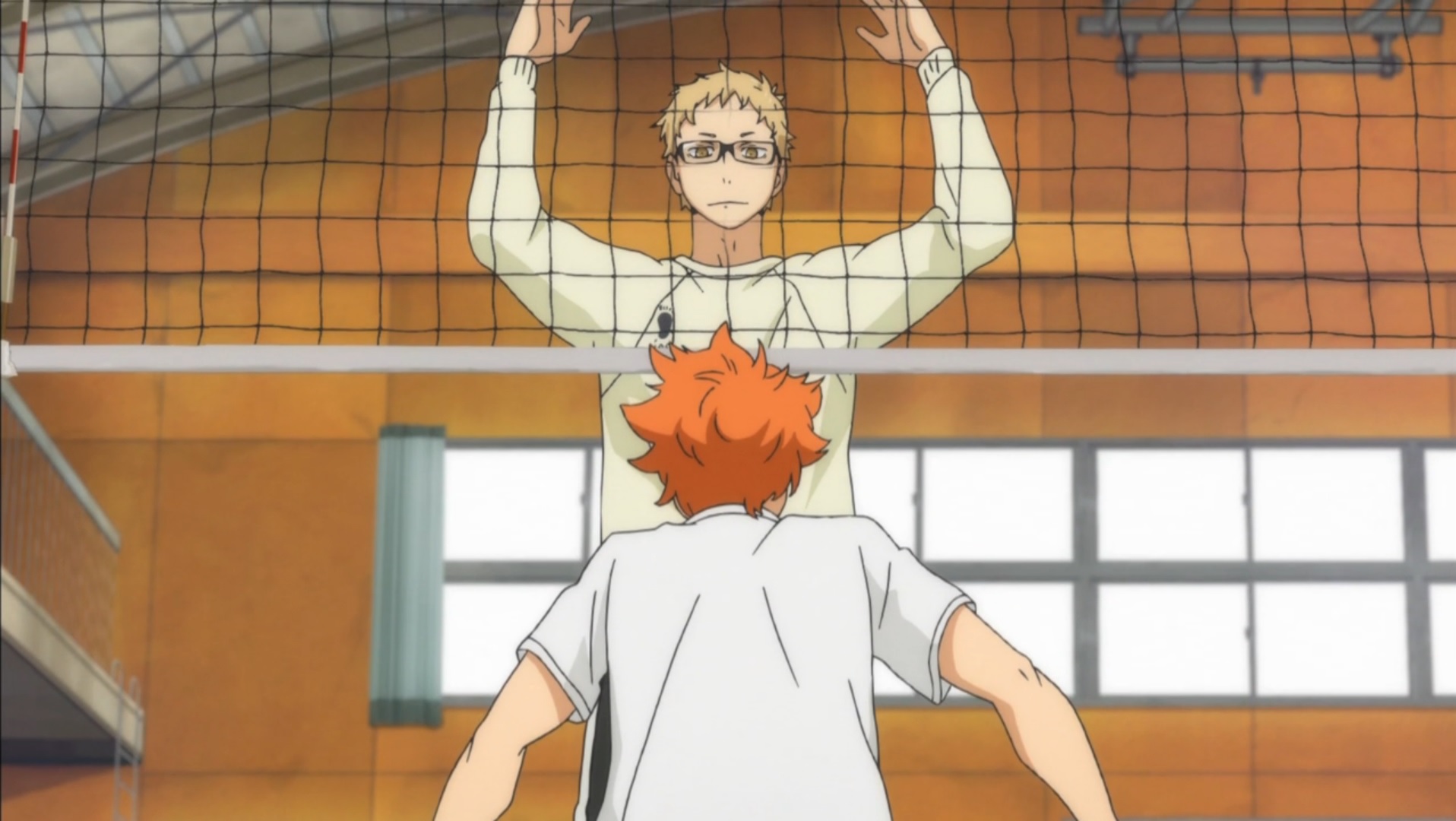 Through this completely spontaneous “quick hit,” Hinata unwittingly bolsters Kageyama by freely offering up the level of trust he’s historically been unable to inspire. Responding instinctually to the situation, Kageyama gives Hinata the ball like he wanted. Hinata connects and avoids the blocker, but the ball goes out. Still, a connection is made—a willingness to work together. This is fostered throughout the episode by the two boys accepting their limitations, physiological and psychological, as individuals and overcoming them by learning to depend on each other’s trust and capabilities.

The culmination of this training, the very reason behind this Snapshot, is the euphoric moment when Kageyama learns to synch up with the uninhibited trust of Hinata, who changes his own straightforward approach to accommodate Kageyama’s strategies. The point scored is negligible. The scoring of the point, or rather how the point comes to be scored, is fundamentally important, and the show knows it. For at that crucial moment, the pacing of this shonen sports show slows down dramatically. It doesn’t do so to allow for banter between rivals or build tension via an aside but rather to encapsulate and celebrate the effective teamwork with what might very well be a tanka (short poem) from the perspective of the spiker in a moment of clarity and revelation. 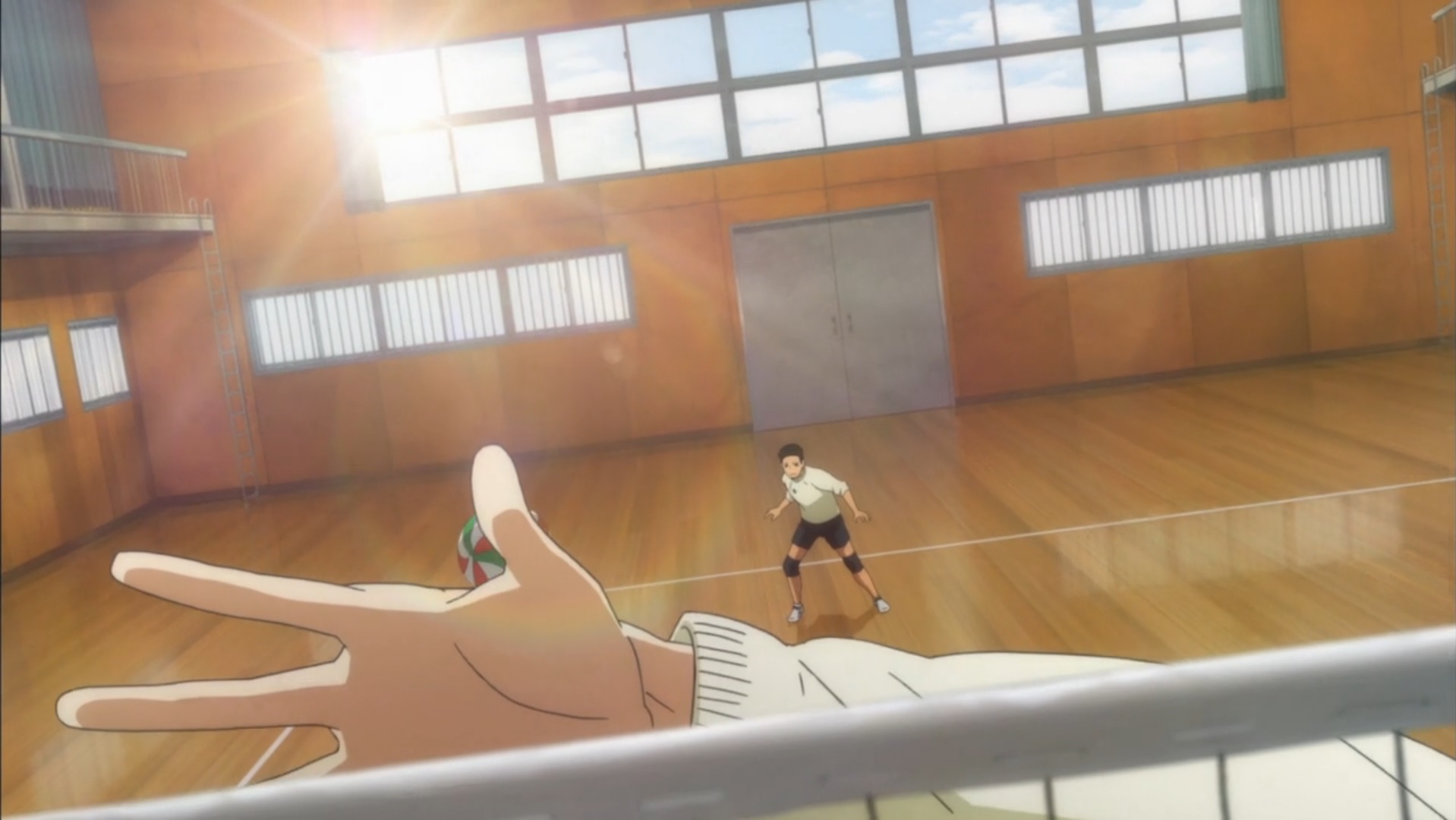 "A tall, tall wall looms in front of me.
What's the view on the other side?
What does it look like?
It's a view I could never see on my own.
That's...the view from the summit."