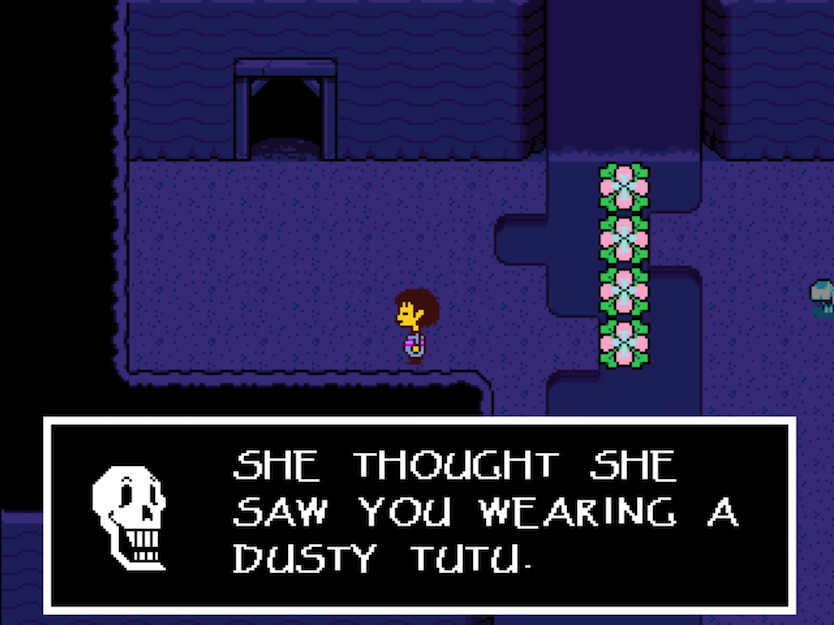 I'm in the middle of my second playthrough of Toby Fox's Undertale, the bizarre indie RPG that stole the Internet's collective heart last fall. While I've had some issues with the combat mechanics in the game, what consistently blows me away is Toby's insane attention to detail; the game reacts to even the most minute player actions. This effectively removes the sense of security and anonymity that games give players who understand game design conventions.

Case in point: while escaping from Undyne, a fish monster out to kill you, you get a phone call from Papyrus, a skeleton who's a mutual friend of you and Undyne. "So, what are you wearing? I'm asking for a friend," he says. In my case, I had just solved a puzzle and been rewarded with an armor item called "Old Tutu" (Undertale is very silly … in case you aren't aware). The tutu has a pretty good armor rating, so naturally, I was wearing it. Papyrus's next line is where things get interesting. "She thought she saw you wearing a dusty tutu." OK, so the game is paying attention to what I'm wearing. That's cute. The first time I played the game, I didn't pay too much attention to any of this. Instead, I chuckled at the non-sequitur and got back on my way.

On my second playthrough, however, I realized that knowledge of the tutu might actually help Undyne track me down. I immediately switched to an item called "Manly Bandana." Before long, however, I got another call from Papyrus — one I didn't remember from my first playthrough. I don't have the screenshots in front of me, but to paraphrase: Papyrus declared that he had a feeling I was wearing a bandana … not a tutu. The game paid attention and squashed my attempt at tricking it!

This moment in Undertale isn't particularly Earth-shattering, but the game is full of similar instances. They are important, not because of their implications on the story or mechanics, but because of what they communicate to the player about what Undertale is. 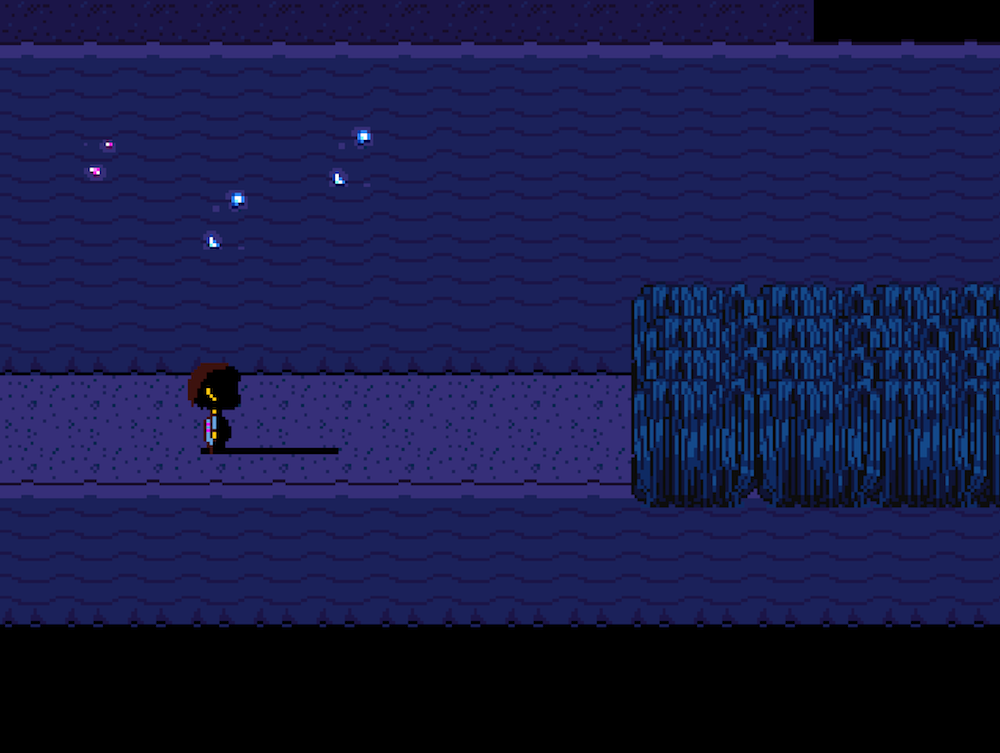 In most games, the player can safely assume that they are in control. After all, the game is nothing but a computer program, accepting input and responding with output in relatively predictable ways. Even in open-world games, which often operate by fairly loose rules, the player quickly learns the input/output combinations through tutorials or simple trial-and-error: shoot an NPC and face retaliation; walk into a room to trigger an event. In Undertale, however, the rules are fluid and contextual — something akin to real life (a parallel I'm sure was intended by Fox). Very often, the game's reactions to your actions are unique to the situation, such that the only lesson you learn about the mechanics is "I do things and then ... something happens."

Undertale rips the training wheels off of traditional game interactions, forcing players to consider the meaning of the actions they take. That's not even to say that every action is filled with any sort of profound "meaning," but that traditional game mechanics encourage abstraction all the way down to their input mechanisms. You're not pulling the trigger on a gun (the "meaning" of your action), you're clicking a mouse. You're not wearing a piece of clothing, you're toggling a defense statistic on your character. But that kind of simplification isn't possible in Undertale. Its mechanics are difficult to predict if you only consider your actions as arbitrary inputs into a computer program. Only by engaging with it as a text, parsing the meaning of each action and predicting the reaction, can you understand the relationship between input and output.