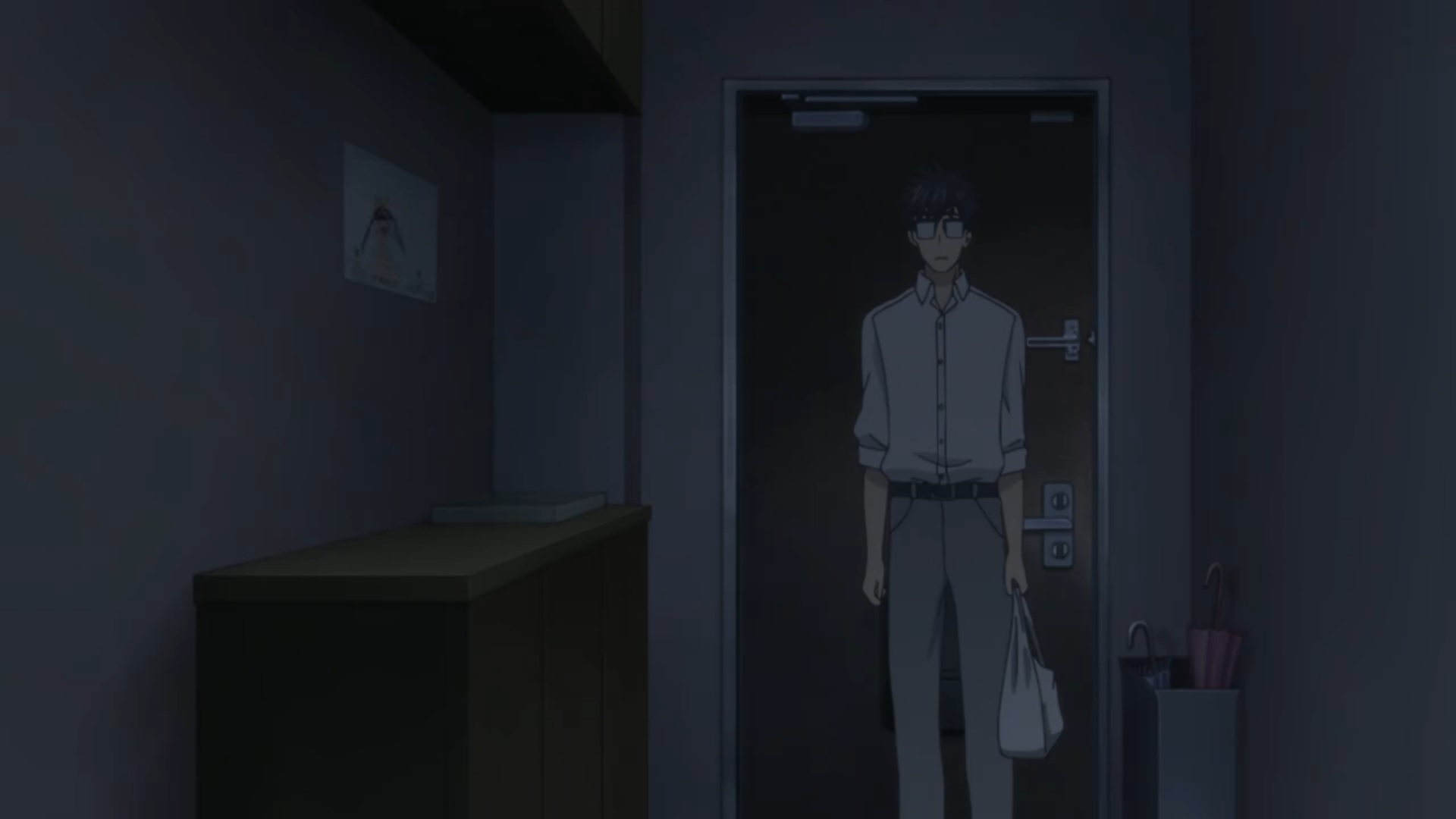 On its surface, Sweetness and Lightning is a lighthearted show about a semi-recent widower, Kouhei Inuzuka, who’s raising his kindergartener, walking stomach, and foodie-in-training Tsumugi. Each episode, with few exceptions, is comfort food in its own right and boils down to the following formula: when something reminiscent of her mother (typically food-related) upsets the usually energetic Tsumugi, her father, with aid from a family friend and her mother’s instructions, makes a meal that cheers Tsumugi up.

It’s a deceptively simple, feel-good anime with "aww" factor enabled by simultaneous empathy for the stations of motherless daughter and wifeless father coupled with their mutual joy in overcoming emotional trials via the salve of heartwarming food and the sense of past and home it invokes. For as many moments that the show could linger on darker emotions, Sweetness and Lightning never dwells on the negative. Instead, each episode focuses on a parent’s drive to keep his child healthy and as happy as naturally possible. But in Episode 9, there’s a single shot followed by a series of three-second intervals that drive home the Kouhei’s loneliness. 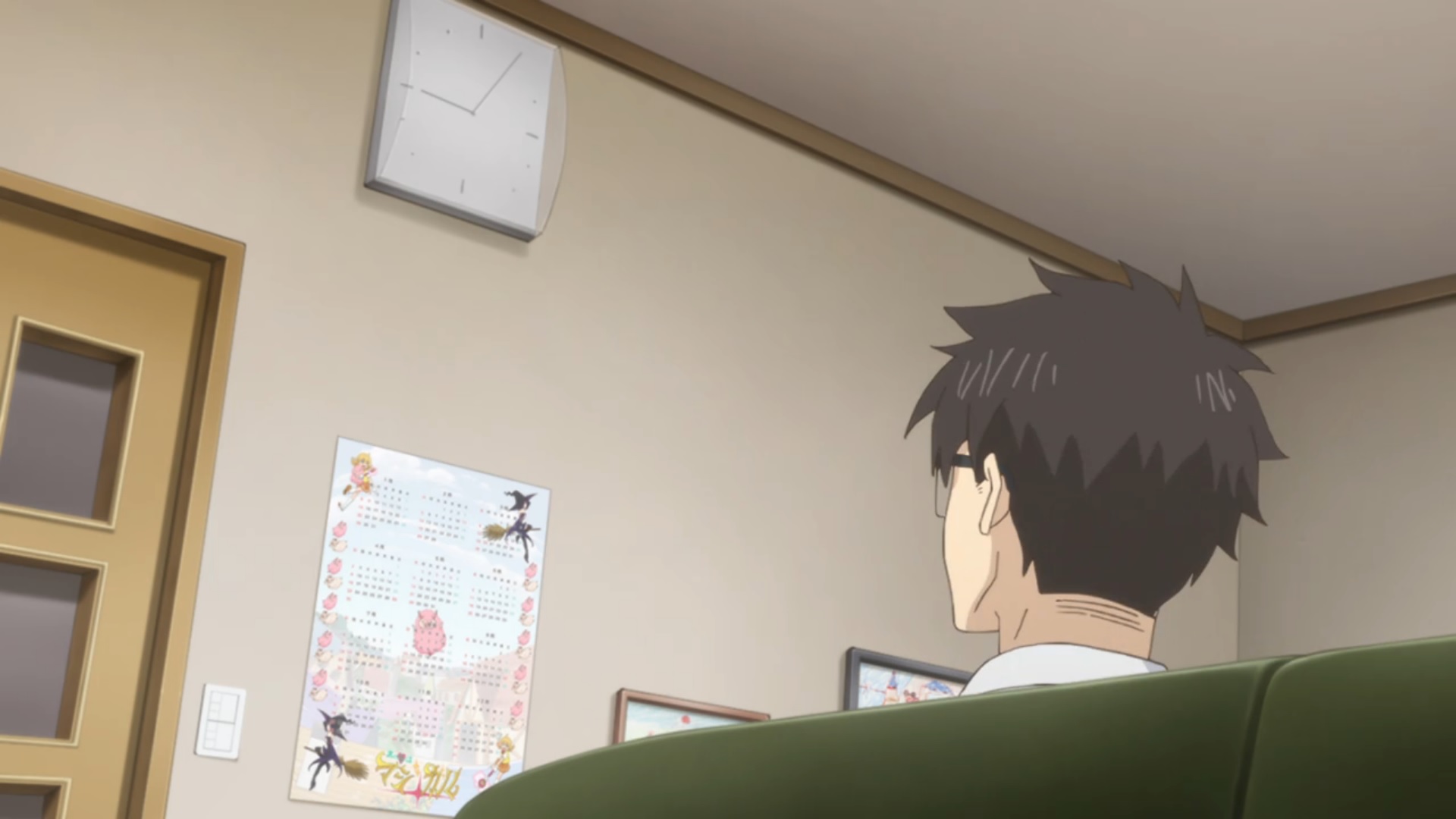 Kouhei gets home after leaving Tsumugi at school for a sleepover, before which the students made curry for their families. Upon walking in, he says, “I’m home,” to an empty apartment. As much as this act is an ingrained daily custom, the apathetic delivery and unlit hallway betray a darker reality. His daughter, the usual light of life, is not there and neither is his late wife (obviously). This hits home in one second due to three main contrasts.

Firstly, the lighting (or rather lack thereof) is distinct from previous episodes for its blue-black bleakness — its lack of vibrant (bordering on noisy) colors. The second contrast is the silence; there’s no laughter, no crying, no breath — just emptiness. This plays into the third contrast, which is directing the focus on a singular character instead of the focal father-daughter pair. For the first time, viewers are alone with Kouhei, and it’s truly shocking how much his actions after his entry convey about his loneliness as former husband and temporarily empty-nested father. 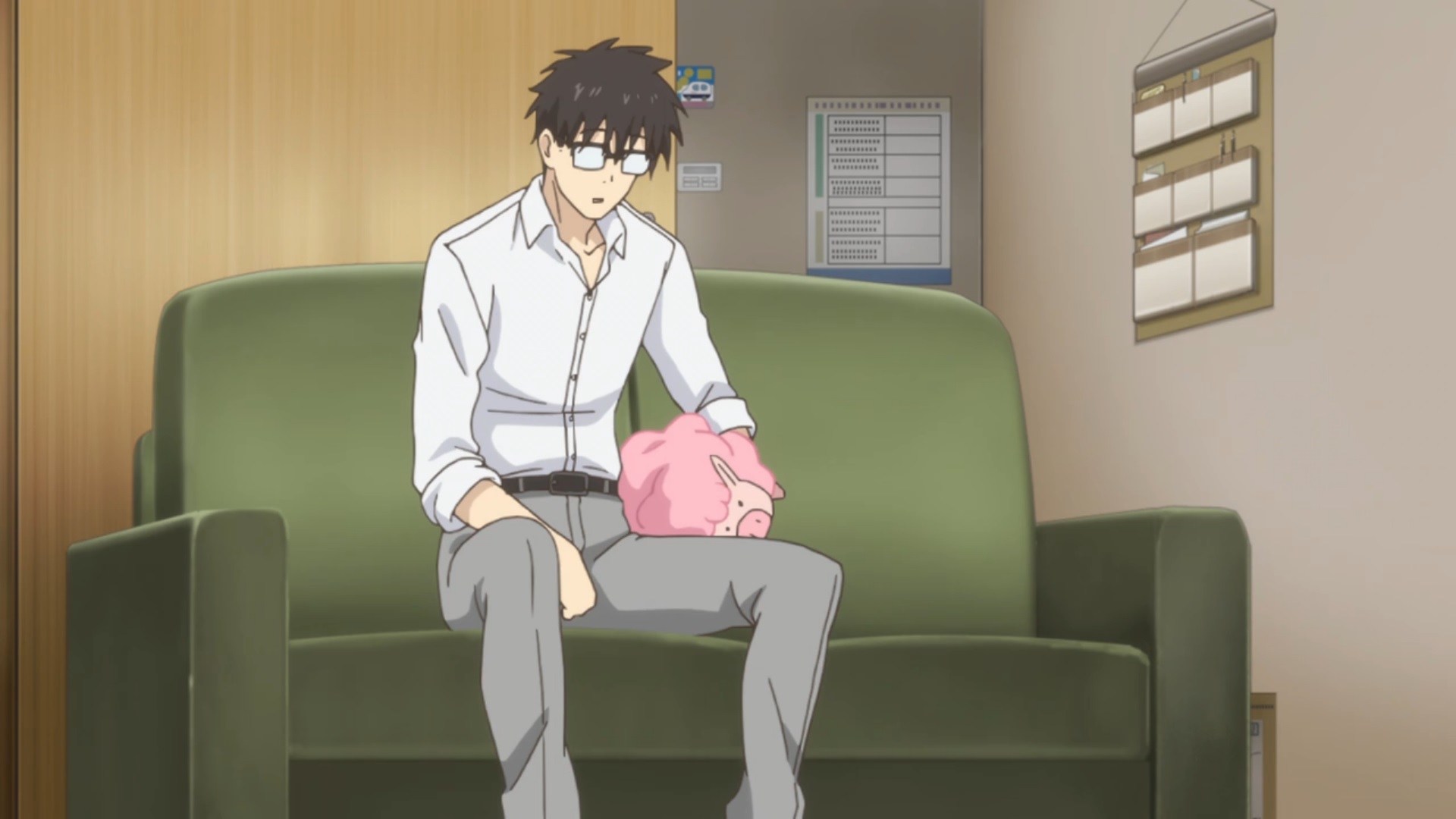 In short succession, three-second intervals show Kouhei walking down a dark hallway, turning a light on (off camera), walking into a formerly unlit living room, plopping down in front of the TV (but not turning it on), looking at an analog clock, washing dishes, ironing, and closing the doors to his wife’s shrine. All these actions are done with a facial expression that betrays obligatory routine performed by a mind otherwise occupied. The three-second intervals stop with a prolonged sequence featuring Kouhei picking up, tightly carrying (as if hugging) under one arm, and looking at Tsumugi’s stuffed pig-sheep before letting it fall loosely to his side.

Some of these intervals are referenced later when Tsumugi returns home and announces as much to, in order, the shrine and the stuffed pig-sheep. There’s another moment where Tsumugi silently looks at the shrine and becomes mildly pensive, which parallels the lack of sound during the audience’s time alone with Kouhei. After this, and Kouhei's discovery of his late wife’s three-page cook book (three-page cookbook … three-second scene intervals … c’mon!), Kouhei decides to make at-home curry. The twist that makes this a great Snapshot? The curry’s food to soothe Kouhei’s troubled soul, not Tsumugi’s. After all, she has nothing but a cheerful face recalling her times eating curry with her mom. It isn't until she sees her dad sitting in silence, bent over his late wife’s cookbook, that she becomes solemn. Kouhei is, for once, the one obsessed with a dish of his late wife. It’s a role reversal on an epic scale, and it hits like an emotional brick through a glass heart for all its sweetness and light. 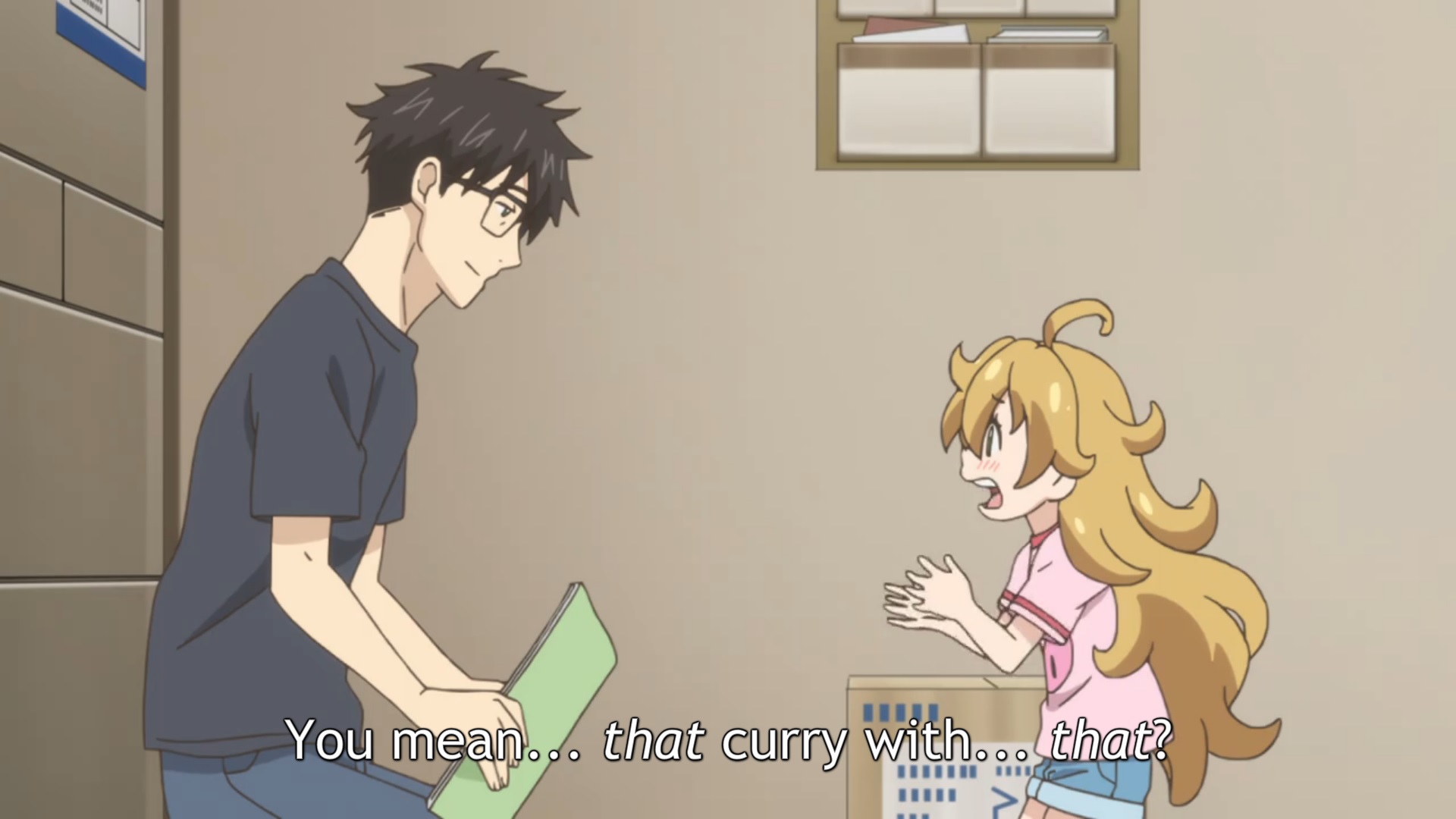 Sweetness and Lightning is currently streaming on Crunchyroll.