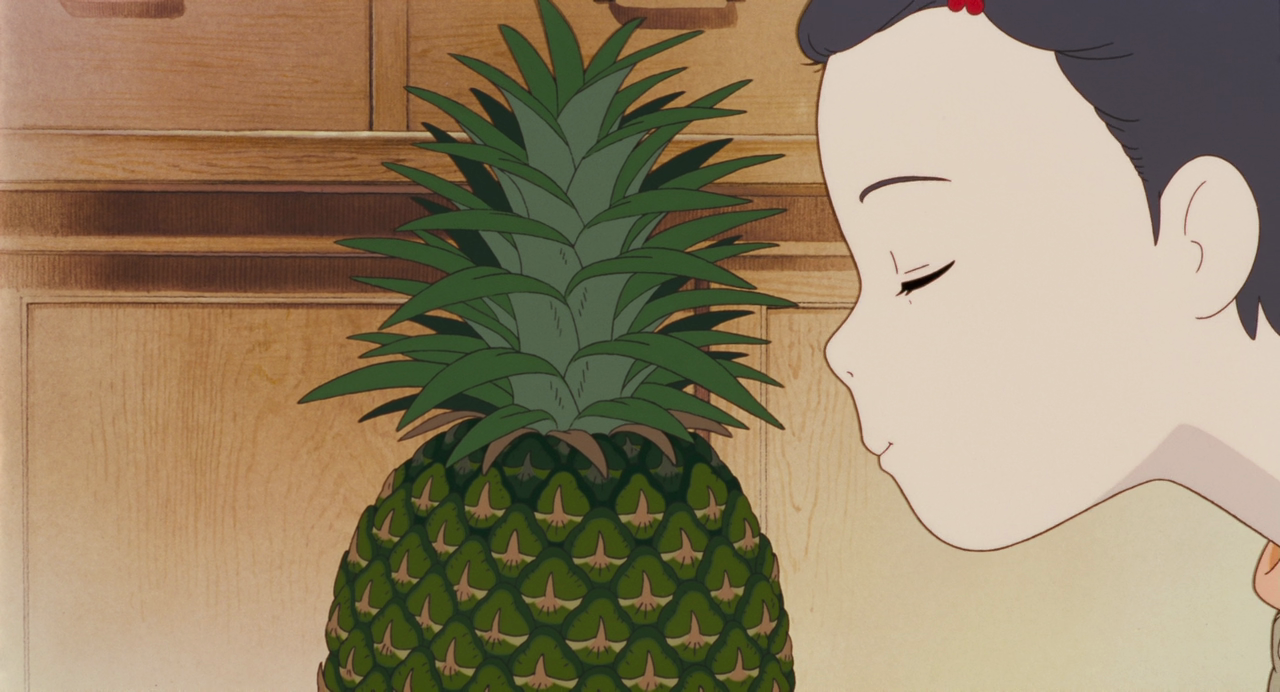 Anime fans like to talk about slice of life, but too often that term is nothing more than otaku code for “cute high school girls bein’ cute.” In reality, there is a great art to capturing brief slices of ordinary life. Film critic Siegfried Kracaue discusses just this in “The Establishment of Physical Existence,” a chapter from “Theory of Film: The Redemption of Physical Reality.” Among the many areas where film excels, he argues, is shining a light on “blind spots of the mind,” many of which are fostered by daily routines and cultural practices. We rarely pay close attention to garbage cans, for example, but a film can train our attention on a garbage can for five minutes in order to force us to take in its physical reality. (A classic example is this American Beauty scene focusing on nothing but a plastic bag blowing in the wind.)

True slice of life draws us sometimes uncomfortably close to the ordinary, infusing unexpected life into the things we take for granted. Isao Takahata’s film Only Yesterday isn’t entirely slice of life, but it integrates ordinary moments into the sometimes surreal, nostalgic narrative. In one of my personal favorites, our heroine, Taeko, remembers the first time her family ate a pineapple.

When fifth grader Taeko’s father brings home a pineapple, she and her sisters are ecstatic. No-one in the family has ever had a fresh one, and nobody in the house even knows how to cut it! It takes her college-age sister asking around among her friends to come up with an answer. 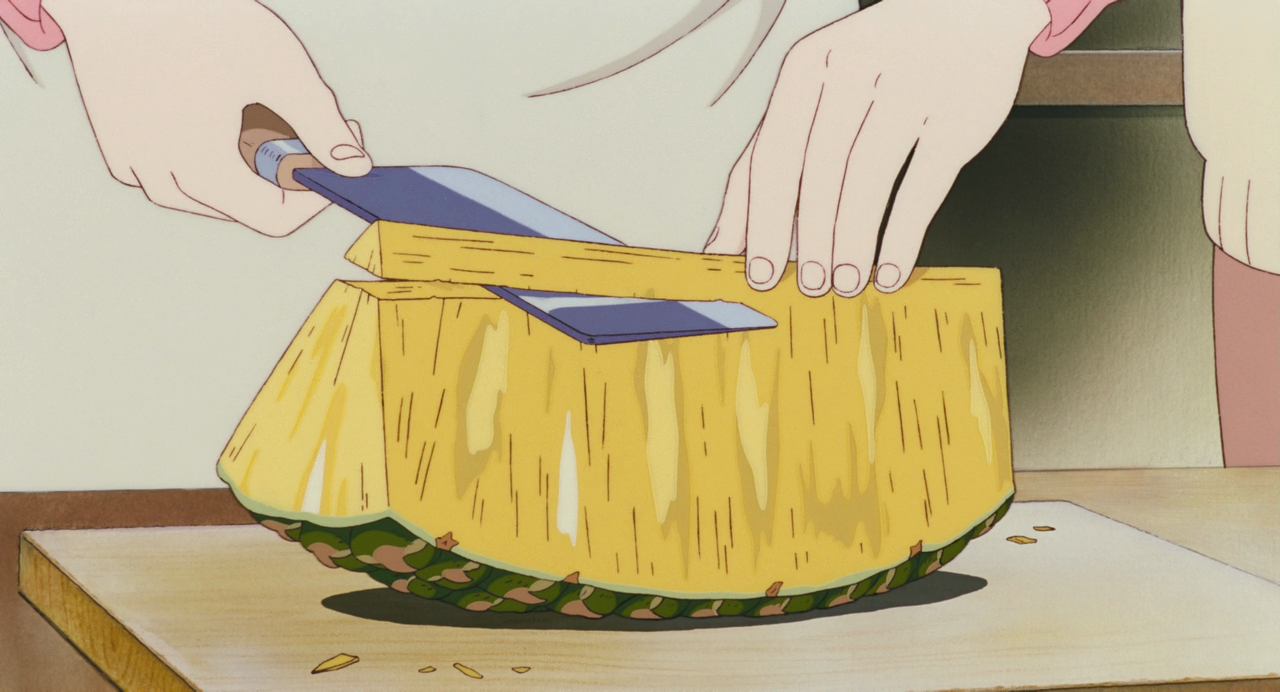 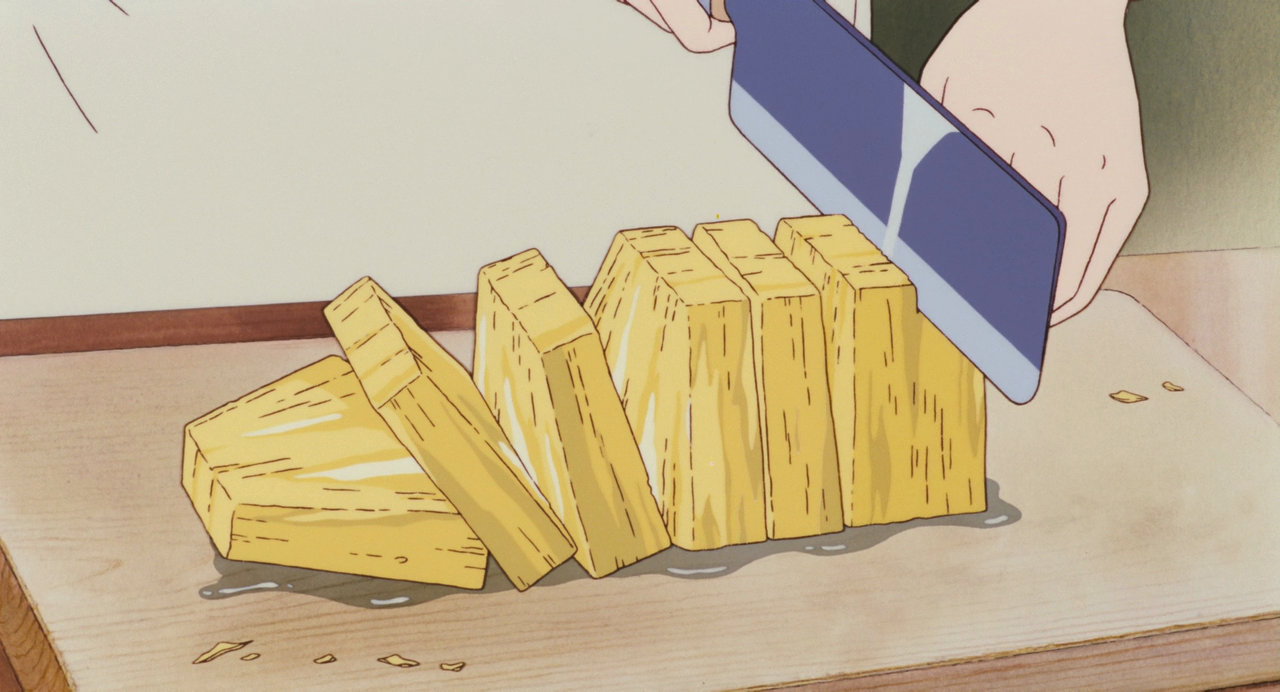 That Sunday, everybody gathers for the real pineapple carving. Taeko's eldest sister carefully cuts the pineapple into rings. Each step is lovingly animated, and a giddy Taeko grabs each piece of discarded skin to smell it. The attention to detail infuses a seemingly mundane object with profound meaning, and represents how the moment, and the appearance of the pineapple itself, sticks out in Taeko's memory. With glorious little golden wedges served to each member of the family, all gather around the table and dig in.

Everybody puckers up at the sourness, while Taeko watches gleefully. As their faces turn to frowns one by one, Taeko’s smile disappears, and she takes her own bite. “It’s hard,” she says. 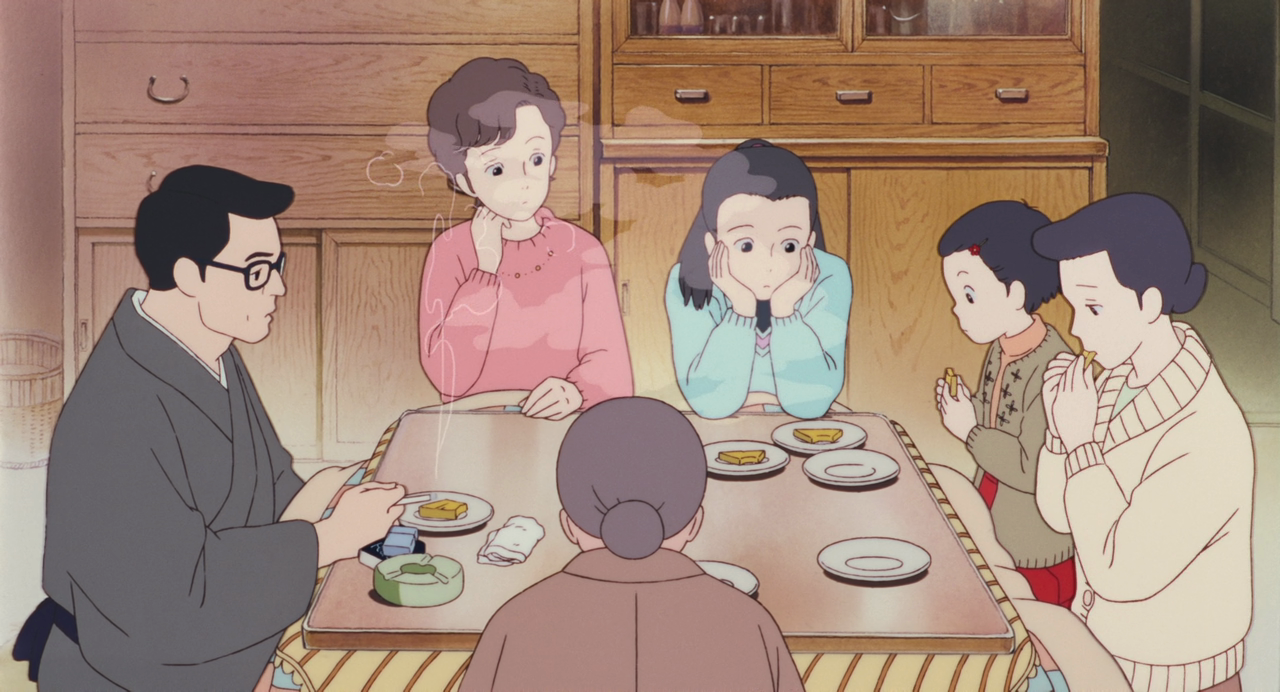 Slowly, half the table puts down their pineapple slices and voices their complaints. “It’s not very good.” “Not too sweet.” “It’s nothing like the canned stuff.” Taeko's father lights a cigarette, and her sisters push their slices her way, while Taeko, her mother, and her grandmother munch away in stony silence. Eventually Taeko accepts defeat, her eyes drooping as she chews the hard pieces with her mouth open. Tears are just barely visible in her eyes. It’s an anticlimactic ending, but the actual arc of the scene is almost entirely irrelevant. The pineapple provides a frame to examine Taeko’s family through a sequence of extended shots. The sparse, naturalistic dialogue is important, but the scene largely hinges on expert character animation that contrasts of the reactions of each member of the family. Without the subtle acting, the extended shots would be spotlights without a subject. 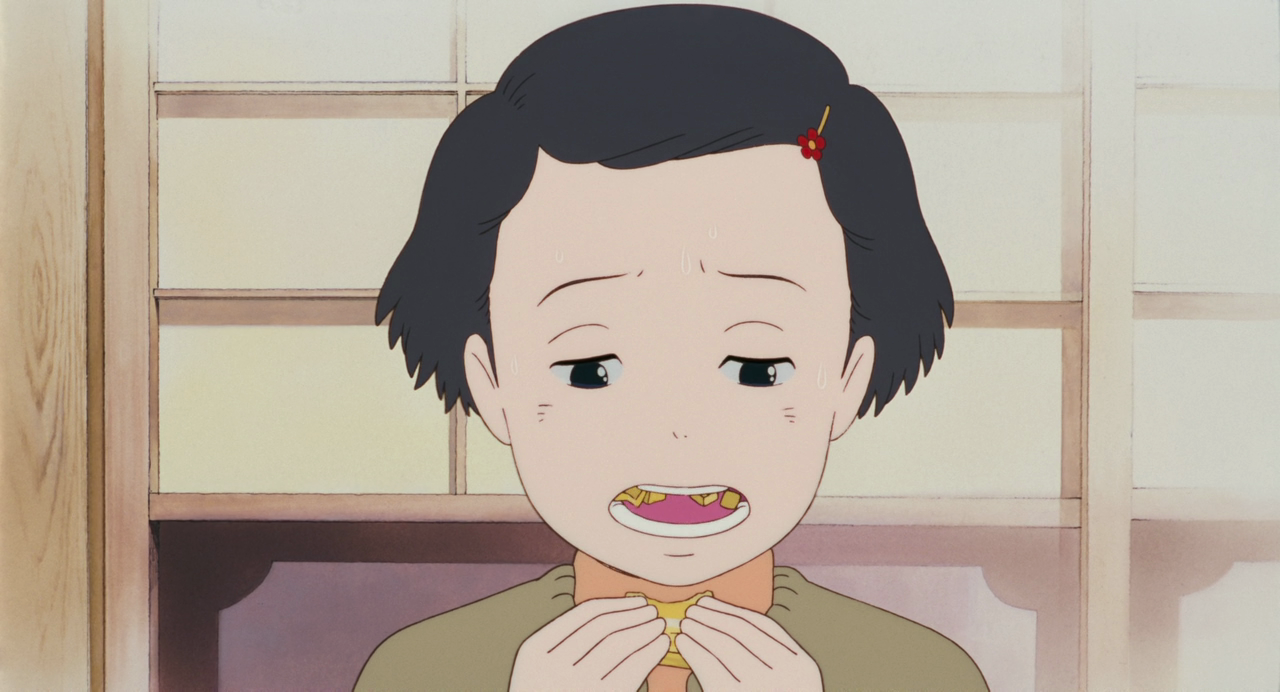 Taeko's father’s blunt analysis of the pineapple’s flavor, her grandmother’s optimism, her sisters’ impatience, and Taeko’s own disappointment all come through without any melodrama or slapstick comedy. The scene is nothing more or less than a family eating a pineapple, but it's the sort of simple memory that we so often forget as we go about our lives. It's a mirror held to a “blind spot of the mind,” a true slice of life.

Only Yesterday remains unlicensed in North America, which is a damn shame. Figuring out how to watch it yourself is up to you.