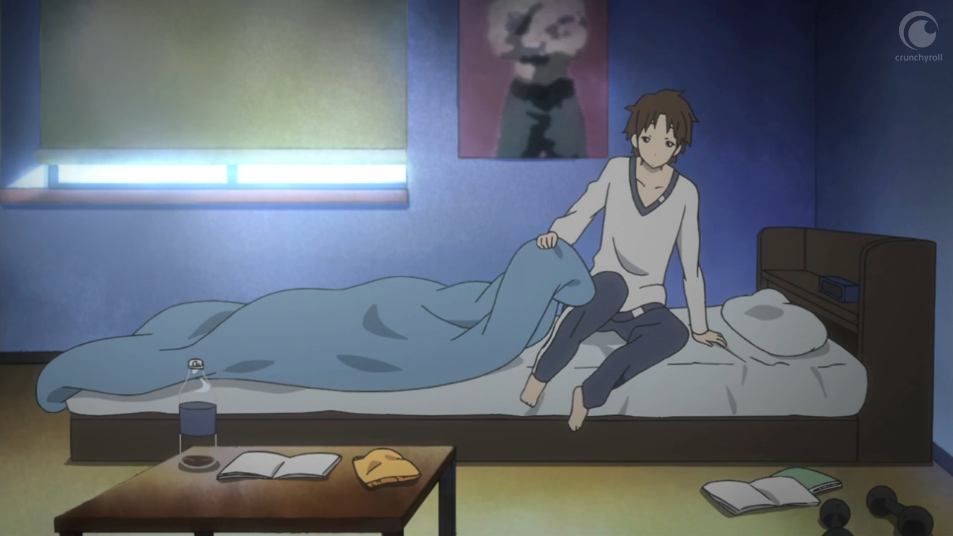 Match cuts, a clever editing trick taken advantage of by surprisingly few directors (probably due to the difficulty of planning them out and how conspicuous they can be), were a favorite of anime director Satoshi Kon, who would often move between scenes using a single connecting element — be it an image or a sound. These cuts can show up in some pretty unexpected places though. As an example, I give you the first few moments of Kokoro Connect episode 1. 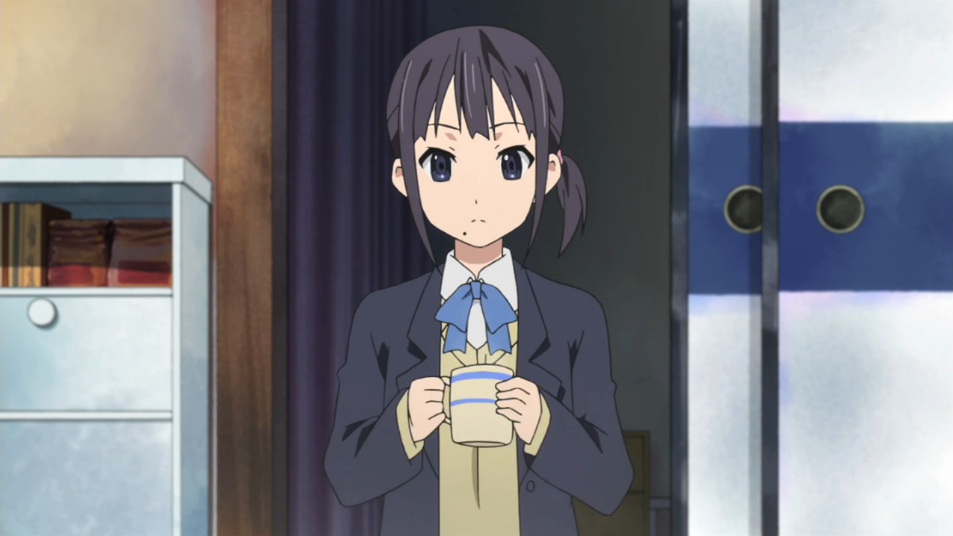 The show opens on a fairly typical modern anime scene: a teenage boy waking up to the voice of his little sister. As he swings his feet out from under the covers, however, we cut to a different room and a different set of feet. Now we're watching a girl waking up. When she turns to talk to her little sister, we move to another house, where a girl walks through a doorway and into the dining room. She sips some tea and places it back on the table. Now the mug belongs to a boy who's eating with his family. When he runs out the door, we move to a girl leaving the house and bickering with her brother. Finally, as she slams the door shut, one of the girls from before slaps one of the boys on the back on their way to school. All five character meet up at the school gate and step through it in unison. Their experiences parallel each other and bring them together for this single moment. It's a subtle touch that establishes the connections between the characters that will drive the body-swapping antics of the series to come. 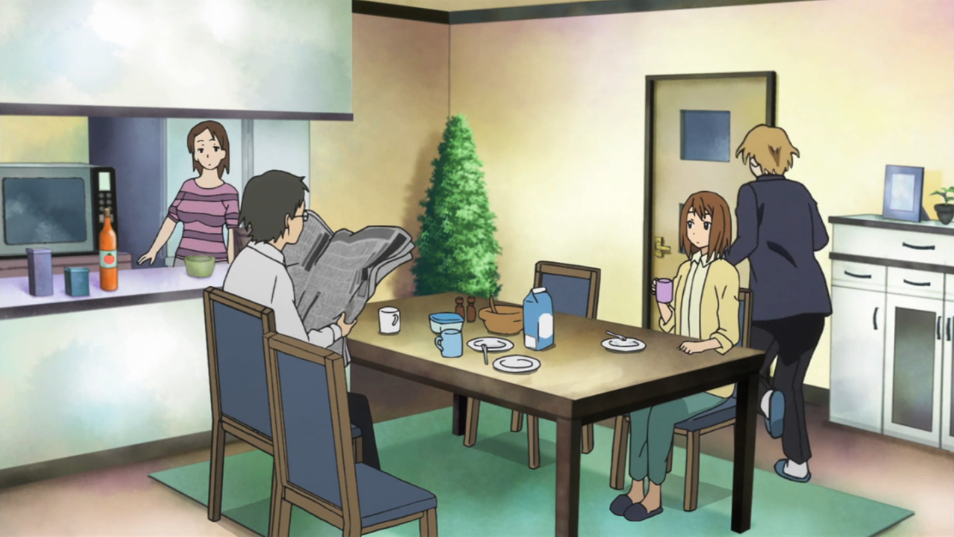 But what makes Kokoro Connect's opening sequence so smart isn't just the use of match cuts. It's the way it tells a single story by weaving through multiple characters, as if to say that these people aren't just islands of individuality but a unit greater than the sum of its parts. Looked at as a whole, the scene is the story of one teenager waking up and going to school, but each segment of the process — getting out of bed, eating breakfast, leaving the house — is performed by a different character. This lends the whole scene a feeling of inertia and makes it all the more impactful when the five actors finally appear on stage together, ready to start the show. 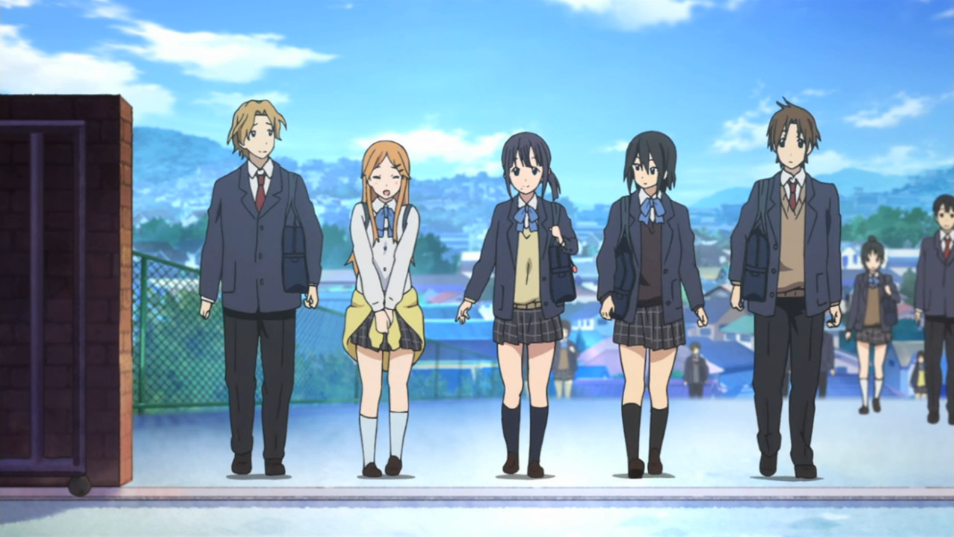