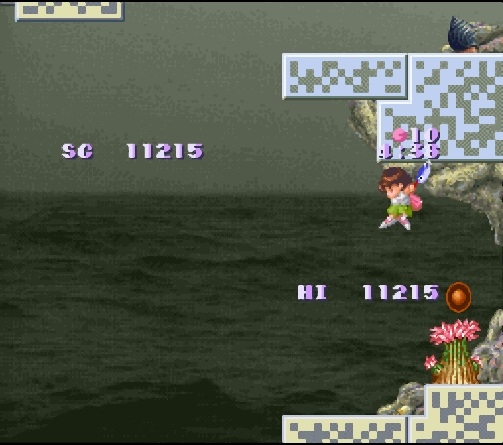 Umihara Kawase is a game released for the Super Famicom featuring “a nineteen-year old Japanese school girl” (Wikipedia), armed with nothing but a fishing line, forced to navigate a hellish fishy landscape with some of the cruelest level design I’ve ever seen in a video game. Gameplay is mostly spent guiding poor Umihara to her death and crying about how difficult it is to use the rope for anything.

I can’t believe I waited so long for this game to arrive in my life.

The first hour of Umihara Kawase is an awful experience. Subsequent hours aren’t any better. Umihara’s run hits a low maximum speed and she has a pitiable jump compared to other, more limber platforming game heroes. The fishing line behaves too erratically in an unskilled hand to ever feel comfortable. The learning curve to hook like a pro will likely alienate anyone who started playing video games after the year 2000.

Every stage is pixel-perfect in being absolutely inconvenient for the player to traverse. The fishing line will just miss a platform in sight and enemies will just happen to warp right in front of you after you stick a near-impossible jump. The sadism in the design is relentless, the work of a hand that knows just how to build players up and then destroy them, leaving them to bleed out their patience with the end of the stage in plain sight. 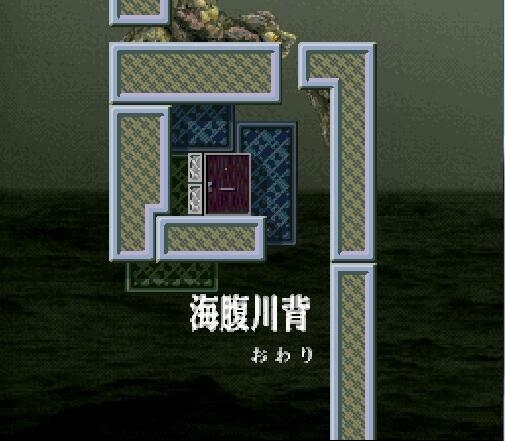 Although Umihara Kawase has multiple end levels and requires repeat playthroughs to find all of them, Field 55 stands out in my mind as the level that changed me as a person. It is a near-perfect configuration of every fiendish design concept in the game. The only way to win is to take enormous risks and abuse the rubbery physics to wrangle Umihara up into unthinkable regions of the stage. Replaying the same jumps and swings over and over until getting them right actually started to cause me physical pain all over my body.

Field 55 is a pivotal moment for players. It is possible to schlep one’s way to this stage, but weak and graceless play styles stop here and players either learn how to truly play the game or sink into the sea for eternity. The rope physics that define the gameplay of Umihara Kawase are merciless and frustrating, but once the math clicks with your brain-hand coordination, they become almost as natural as breathing. Mastering the elastic physics in Umihara Kawase is what I imagine it will feel like when human beings learn to fly.

There are few things I have found more satisfying in a video game than that first repeat playthrough after completing the game for the first time. Whipping Umihara across the stage, over and under walls, getting the arcs just right so she sails over areas that broke my pride before, makes it an entirely different game. Once the struggle is over, the fishing line makes The Legend of Zelda’s renowned hookshot appear as sophisticated as a piece of floss with some gum on the end.