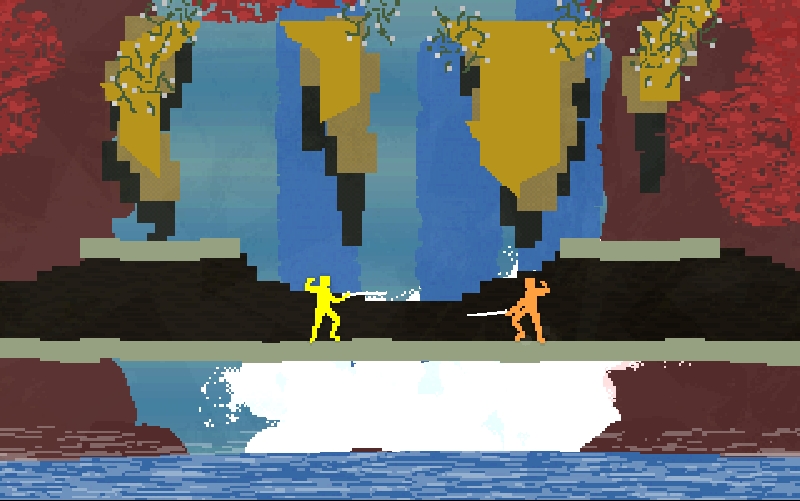 I’ve never been one for so-called “e-sports,” the treatment of competitive video games like League of Legends and DOTA as a new class of sport, worthy of being placed alongside baseball, soccer, and the like. I think the whole concept is a little silly, especially since most of the game rules are far too labyrinthine to be accessible for anyone who doesn’t already play the game obsessively. Until very recently, I also couldn’t really wrap my head around the idea of watching a video game the way my dad watches baseball. It just didn’t make sense.

And yet I found myself at SF Game Night, a massive video gaming get-together organized by a San Francisco bar called the Folsom Street Foundry. With competitive DOTA and Super Smash Bros. matches playing out on giant projector screens, this was the closest thing I’d ever seen to an “e-sports bar.” It wasn’t all just passive, though — dozens of consoles and computers lined the walls, drawing crowds to play obscure SNES games and indie favorites like Towerfall Ascension. On the recommendation of Ani-Gamers’ David Estrella, I tried out Nidhogg (available on Steam or the official website), which had an enviable spot on one of the large projectors on the wall.

The game is simple: two side-scrolling fencers attempt to run toward their respective, opposing goal posts, and when one kills the other, they respawn after a short time, giving the killer a chance to gain ground. There are lots of little mechanics, like the ability to throw your sword and pick up dropped ones, but at it’s most basic level the game plays out like a demented, pixelated little game of football. After I gave it a try, I reluctantly relinquished the controller to my friend, who sat down for her first game. After she figured out the controls, she and her opponent started trading blows and moving back and forth across the field. But unlike most games of Nidhogg, this one just kept going. Every time it seemed like the yellow player would pull ahead, the orange one would ambush them and take control of the game. I and a few others started cheering my friend or her opponent on. 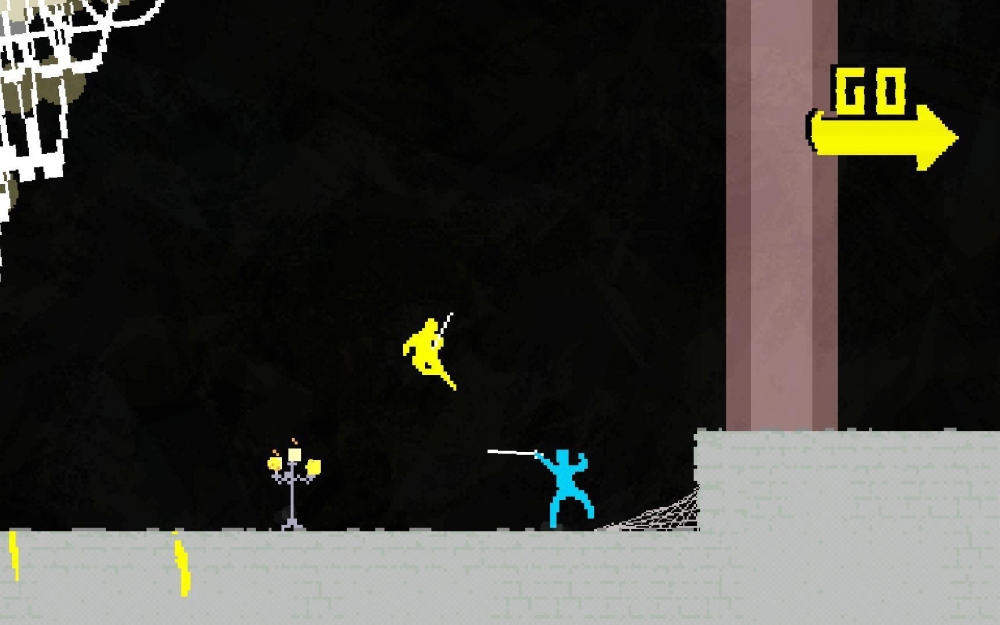 Before long, we had amassed a crowd of onlookers, all engrossed by this seemingly endless game of Nidhogg. People were picking sides and cheering at the top of their lungs when their chosen player scored a hit. When they would get taken down, you’d hear a dozen or so people groan in disappointment. Strangely, I found myself cheering along, screaming at my friend to come back from a shocking takedown. In a brief moment of clarity it hit me — here I was, in a bar, yelling at a TV in hopes that the yellow team would win the game. For all my disdain of e-sports, I was in the midst of something that could only be called a sport. Suddenly it wasn’t so hard to understand how a fan watching a video game could be screaming “hit him, hit him!” with the same fervor as a non-gamer might scream “get the ball!” I don’t remember who won the game, but the memory of cheering alongside an excited crowd, caught up in the energy of watching a virtual, pixel-art sport, sticks with me.

I maintain my stance on the sports-ification of MOBAs (multiplayer online battle arenas) like League of Legends and DOTA, but simple games like Nidhogg allow anybody to walk in and understand the basic mechanics, pick a side, and start the important part of sports fandom: enthusiastically shouting at players in the hopes that somehow it helps them win.