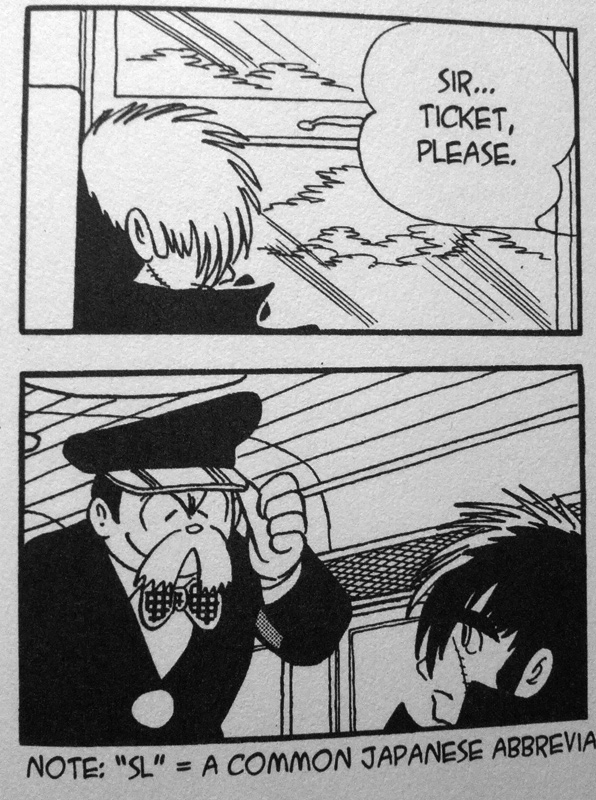 Osamu Tezuka's so-called "Star System" was an amazingly unique way of connecting his stories — the master manga artist "cast" his characters as "actors" in "roles," thereby allowing him to show Astro Boy as both a boy robot (in the famous manga by the same name) and the vengeful younger brother of a robbery victim (in a chapter of Black Jack).

In the first final chapter of Black Jack (it finished, continued again, then finished for real), called "The SL Train of Life" and published in Vertical's Volume 11, Tezuka shows the titular doctor on a steam locomotive or "SL," traveling toward what we can assume is another patient to cure. Black Jack, of course, is no ordinary doctor; he is an unlicensed, back-alley surgeon who charges exorbitant fees and yet follows a curious moral code that is entirely his own. Throughout the train ride, which grows more and more bizarre as it goes on, Black Jack runs into various important people in his life, from his med-school sweetheart Dr. Kisaragi to his rival Dr. Kiriko to his mentor Dr. Honma to his assistant Pinoko. In the end, the train turns out to be, unsurprisingly, a dream, a chance for the enigmatic surgeon to reflect on his life thus far.

However, one other character sticks out from the others Black Jack meets on his ephemeral train ride. It's the conductor, a mustachioed man who claims that the doctor operated on him multiple times. This, of course, is absolutely true, as the character is none other than Shunsaku Ban (a.k.a. Higeoyaji), a Star System regular since Tezuka's earliest manga series. In fact, Ban's design is based on a caricature of Tezuka's own father. Ban features prominently in multiple Black Jack stories, albeit as a different character each time. Importantly, every other character on the train is mostly limited to Black Jack as far as the Star System goes. Only Dr. Honma has another appearance — as Saruta in Phoenix. 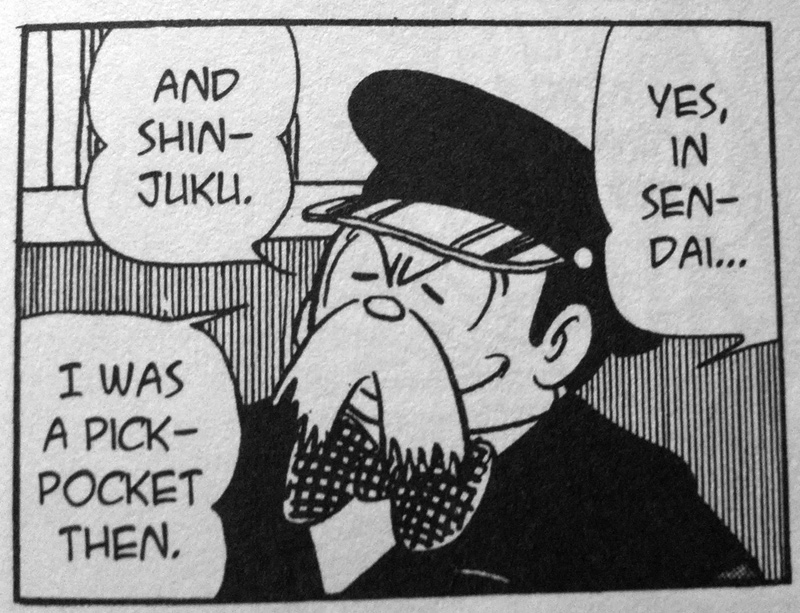 The importance of Shunsaku Ban's presence on the train may not be clear to Tezuka newcomers, for whom Black Jack may be their only experience with the prolific storyteller. After all, he's just a recurring patient, not someone who has had a significant influence on the doctor's life. However, Ban is more than that within the larger Tezuka canon. He is a lovable old man, a father, a grandfather, and a working-class laborer. He is an upstanding citizen, a private detective, and a criminal. He is a crucial binding thread, appearing in many of Tezuka's most popular and important works. His apperance in Black Jack's final moments is telling — it shows Tezuka's respect for this character, his insistence that if anybody is to represent the countless people Black Jack has saved, to thank this timeless anti-hero for his work, it has to be the mustachioed everyman, Shunsaku Ban.

Snapshots is a monthly column in which one of our writers reflects on a particular moment from an anime, manga, or video game. To read previous entries, click here.