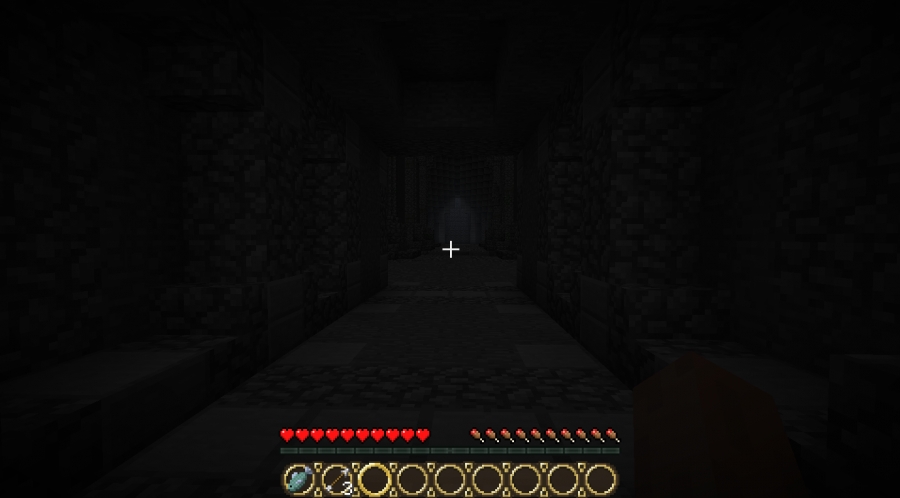 So... Snapshots kind of disappeared when I was away. That's my fault for not making a point of keeping it around. But hey, I'm not even sure if anybody was reading it in the first place, so no harm done? Maybe?

Anyway, after a long hiatus, I'm back with the latest Snapshot, and in keeping with this column's mission of tackling small moments in anime, manga, and video games that had an effect on us, I'm going to take a look at a unique moment in game design philosophy from a unique little project. Welcome to Minecraft Middle-Earth!

Yes, it's exactly what it sounds like. Some seriously hardcore fans of J.R.R. Tolkien's fantasy universe, the setting of such classics as The Lord of the Rings and The Hobbit (maybe you've heard of them), decided to recreate the world of Middle-Earth on their personal server in Minecraft, the smash-hit sandbox game from Swedish dev Mojang. When you think about it, it's a perfect match. Tolkien's world is a sprawling land lush with both ancient history and natural beauty. Minecraft's Lego-esque toybox provides the tools to create this world, and its play-how-you-want exploratory gameplay provides the freedom to live out your greatest Lord of the Rings fantasies. 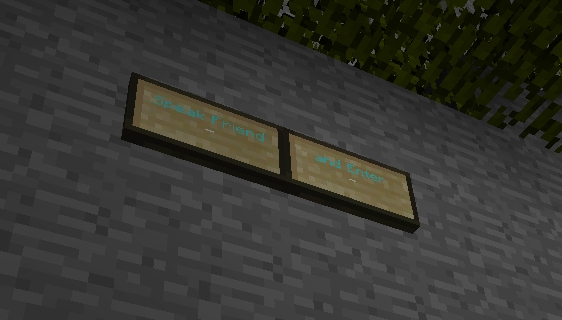 All that is very nice, but I'm here to talk about one moment in my Minecraft Middle-Earth experience. I won't bore you with all the details, but let's just say I followed the Fellowship's path from quaint Hobbiton out across Eriador, stopped in Rivendell, the headed south to cross over the Misty Mountains (can you tell that somebody's a LotR fan?). Yep, it was time to enter the long-forgotten dwarven kingdom of Moria. However, Moria was abandoned, just as it was in The Fellowship of the Ring. Abandoned and dark. Since Minecraft Middle-Earth doesn't allow mining or building in the interest of preserving its perfectly crafted landscape, I couldn't make any torches, and without a reliable map of the labyrinthe caves in Moria (the dynamic map on the MCME site only helps so much), I was forced to blindly stumble my way through the kingdom.

It should come as no surprise that this was absolutely not fun. Still, did it need to be? The mission of Minecraft Middle-Earth, as far as I can tell, is to create a virtual Middle-Earth for Tolkien fans to conduct virtual tourism in, not a "game" with satisfying achievements and objectives. Taking the path through Moria is dreadful — the Fellowship only reluctantly takes it when they are forced to. If you are looking to recreate that experience outside of just reading the books, a blockbuster movie just isn't going to cut it. Suffering through endless caves and occasionally stumbling upon massive, beautiful structures that lie shrouded in solemn darkness is an experience that only Minecraft Middle-Earth can deliver.

This is even more interesting to me as an amateur game designer, since it brings up the important question of realism vs. fun. Is it OK that Minecraft Middle-Earth is "realistic," or shall we say "lore-accurate," if it means making the experience irritating for players? Many would disagree with me, but I say it's perfectly fine! Truly role-playing as the characters from The Lord of the Rings means feeling their triumph and their pain, their wonder and their fatigue. It's not for the impatient, but then again, were the impatient going to stand on Weathertop at dusk, surveying the East-West Road and imagining the Ringwraigths converging on the hill? I think not. That task is left to crazy people like me.