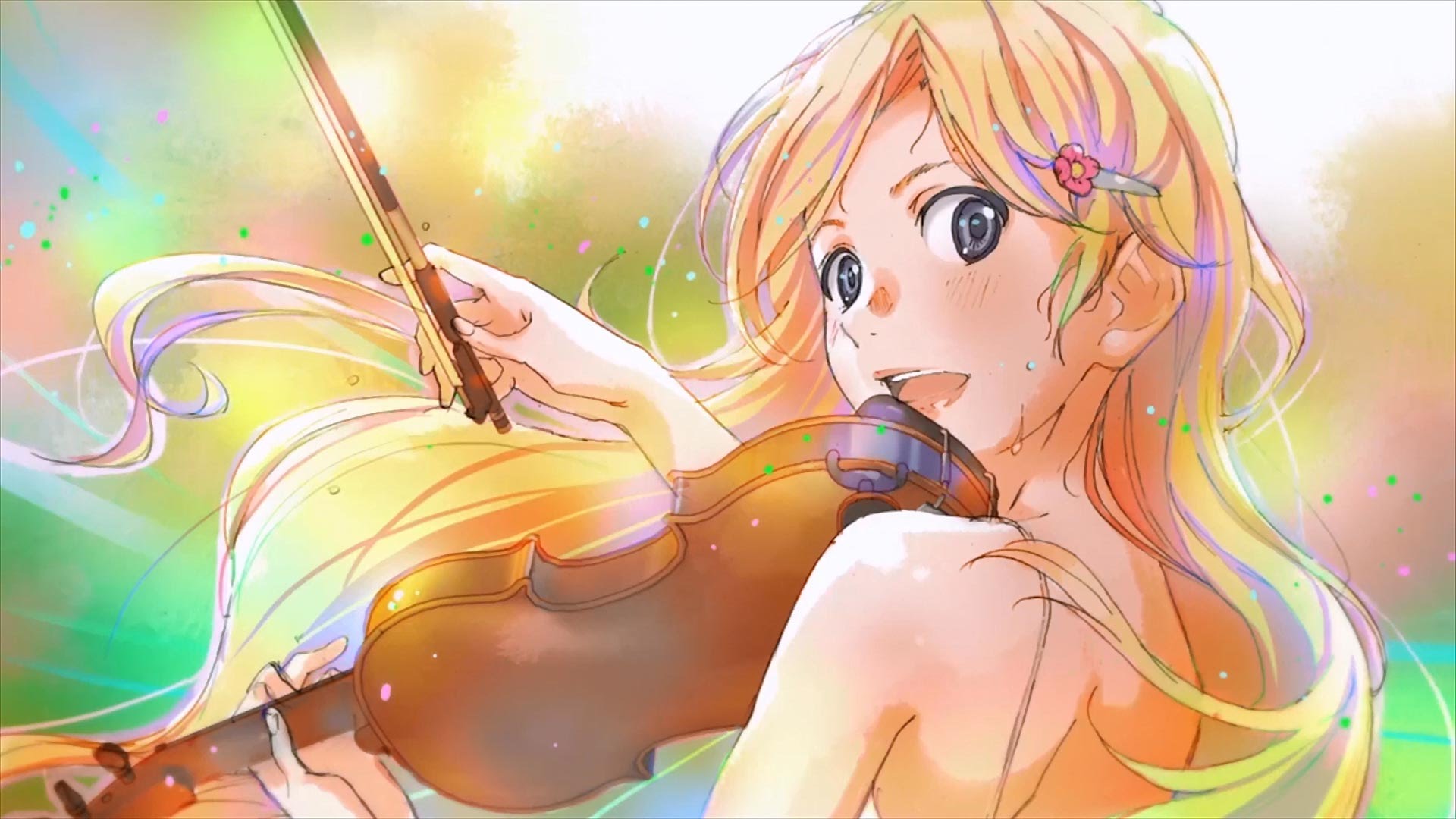 Your Lie in April, an A-1 Pictures production that aired during the noitaminA programming block in Japan, is an adaptation of Naoshi Arakawa’s shonen musical romance manga. YLiA tells the story of Kousei Arima, an extraordinarily gifted but traumatized pianist, and his relationship with cheerful violinist Kaori Miyazono. If “shonen musical romance” and “traumatized pianist” didn’t scare you off, then you’re in for a charmingly bittersweet love story where music helps a person see a world of color, where art and love become a single melody. 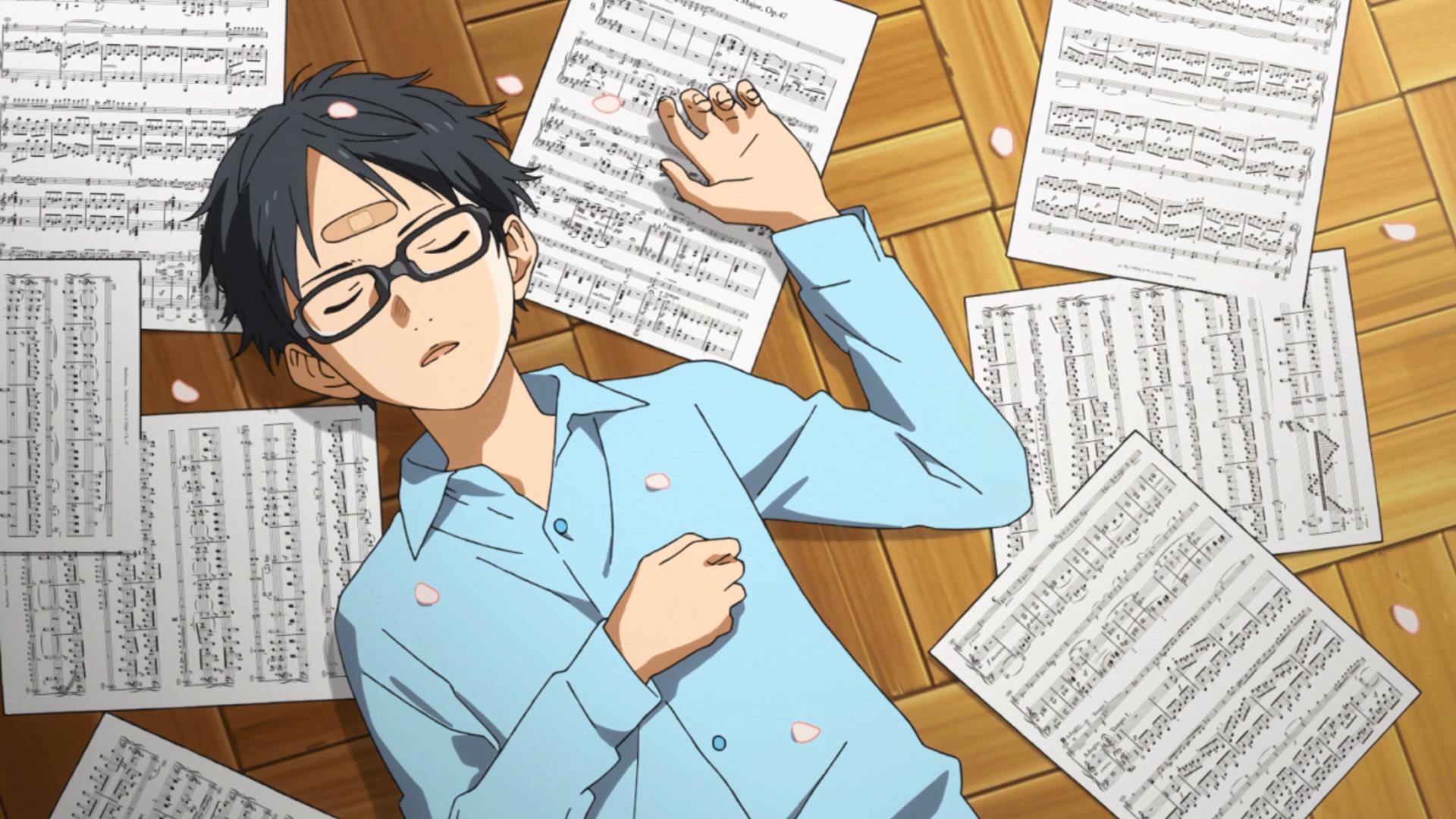 When we meet Kousei, he barely exists. Trained from an early age to be a perfectly orthodox concert pianist by Saki, his mother and gifted a pianist in her own right, Kousei is derided as “The Human Metronome” by his rivals for playing with the meticulousness of a machine devoid of passion. Kousei eventually collapses under the strain of trying to please Saki, who has turned abusive and domineering due to her failing health. This leads to an exchange of words where Kousei wishes Saki would die. And in melodramatic fashion, she does. Broken by her death and racked with guilt, Kousei can no longer hear his own piano playing. For two years, Kousei goes through the motions of life and withdraws from music. Then he encounters the free-spirited Kaori, whose vibrant musicianship and encouragement help Kousei confront the trauma of his past.

This show has an interesting underlying message about art and love and how one influences the other. Kaori's efforts to reach Kousei reignites his passion for music and in turn gives him the strength to support her when Kaori’s own confidence begins to fail. Their music becomes the medium through which Kaori and Kousei share their truth each other — a language only they can truly hear. 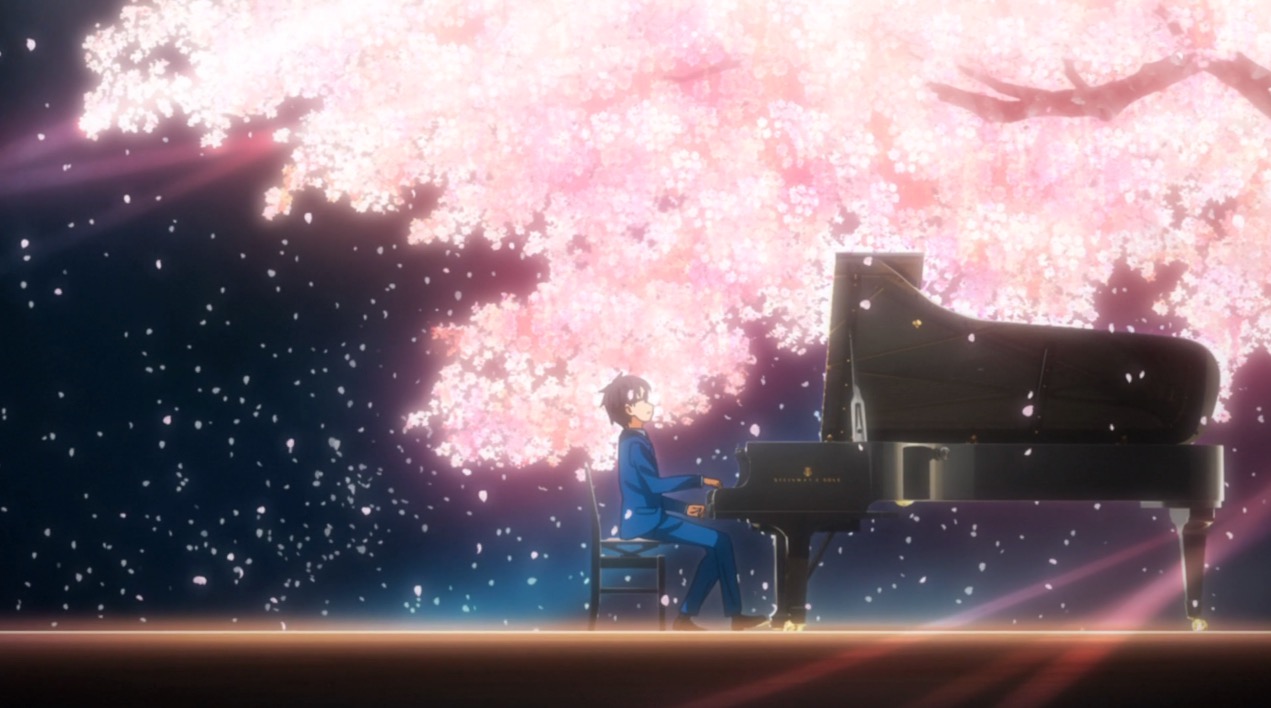 A particular duet between Kousei and Kaori is one of the finest scenes I’ve seen in an anime in quite a while.

A particular duet between Kousei and Kaori is one of the finest scenes I’ve seen in an anime in quite a while. In fact, I think it might end up being one of the best scenes we’ll see this decade. Watching it I got the sense that the director had been waiting the entire series to get to that moment. Color and sound intermingle to create a powerful scene that takes the show to the kind of emotional high you don’t usually see outside of a feature film, even if for just that moment.

As much as I like this show, its far from perfect. First, nearly every female character by the end of the show has a crush on or is in love with Kousei. This excessive pandering distracts from the show’s better aspects and provide nothings of value. The show can feel a bit slow in the middle and it almost seems to stall for time until it can begin ramping up for the climax. Granted, the show couldn’t jump straight from establishing the characters and conflicts to the payoff, but I feel like they could have tightened the principal characters’ growth arcs up and spent extra time exploring some of the supporting cast. Several characters have moments where they display more depth than we normally get to see, and it seems a waste not to explore them more. 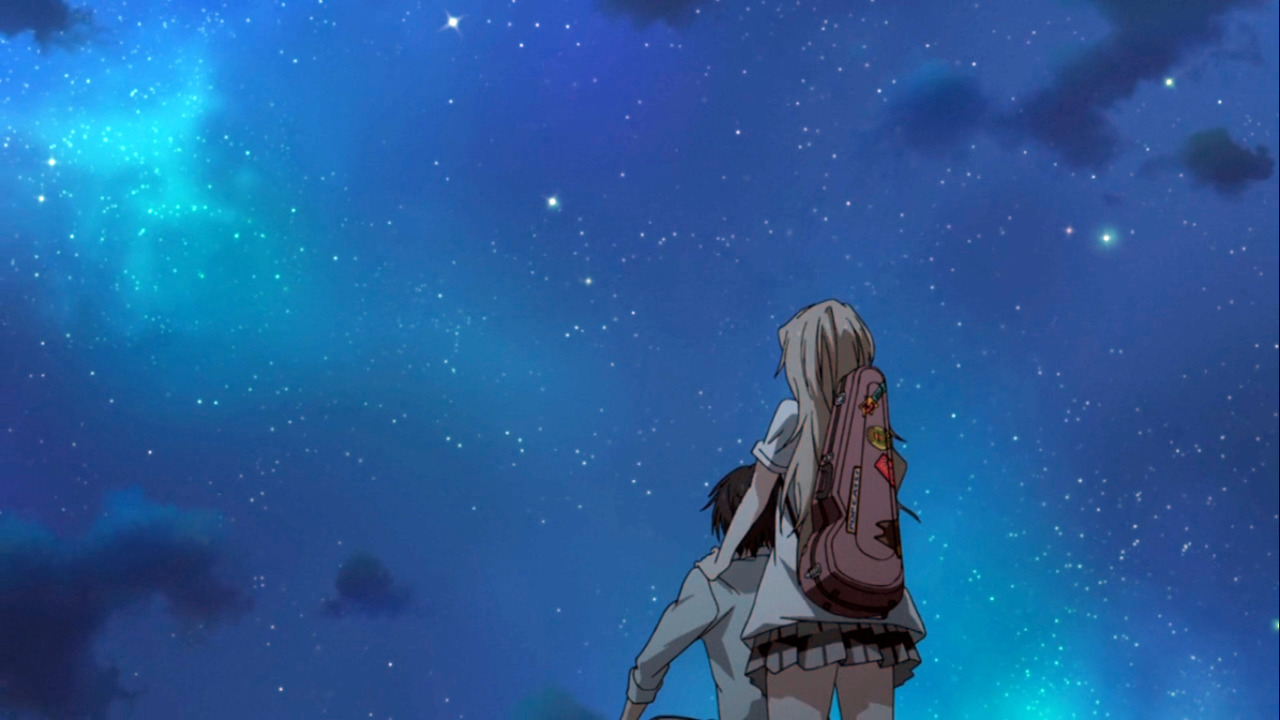 Your Lie in April’s somewhat weak middle and sometimes overblown melodrama would spoil a lesser show.

But my biggest complaint about YLiA involve it’s dependency on some very convenient plot devices. Several times throughout the story characters find themselves in situations that blatantly serve no other purpose than to advance the main character’s development. While this isn’t a sin in and of itself, when it’s poorly executed it can feel lazy and artificial. The show’s somewhat weak middle and sometimes overblown melodrama would spoil a lesser show.

Despite it faults, Your Lie in April sweeps us up in its color and emotion until its shortcomings are like a dimly remembered dream. Both the earnestness of the show’s romances and the exploration of art as both punishment and salvation shine through. Warts and all, I was sad to see this show end and I didn’t want to take it off of my queue.