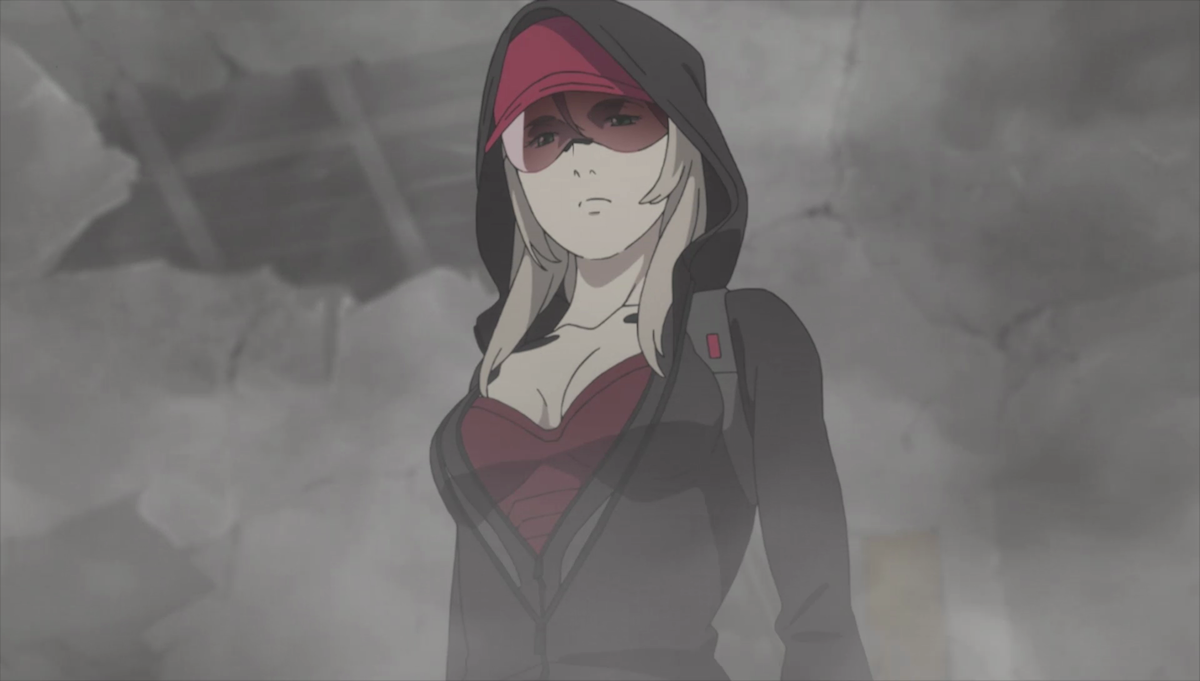 At least that’s what some fans like to say, in reference to a time when action-packed sci-fi dominated the American anime market. Akira, Ghost in the Shell, Ninja Scroll, and even shows that aired much later during the original Toonami run represent a “golden age” of anime for entire generations of fans.

To be fair, the American view of anime was in large part the result of domestic distributors’ curation, but there is no doubt that the Japanese market has moved away from these gritty sci-fi stories. 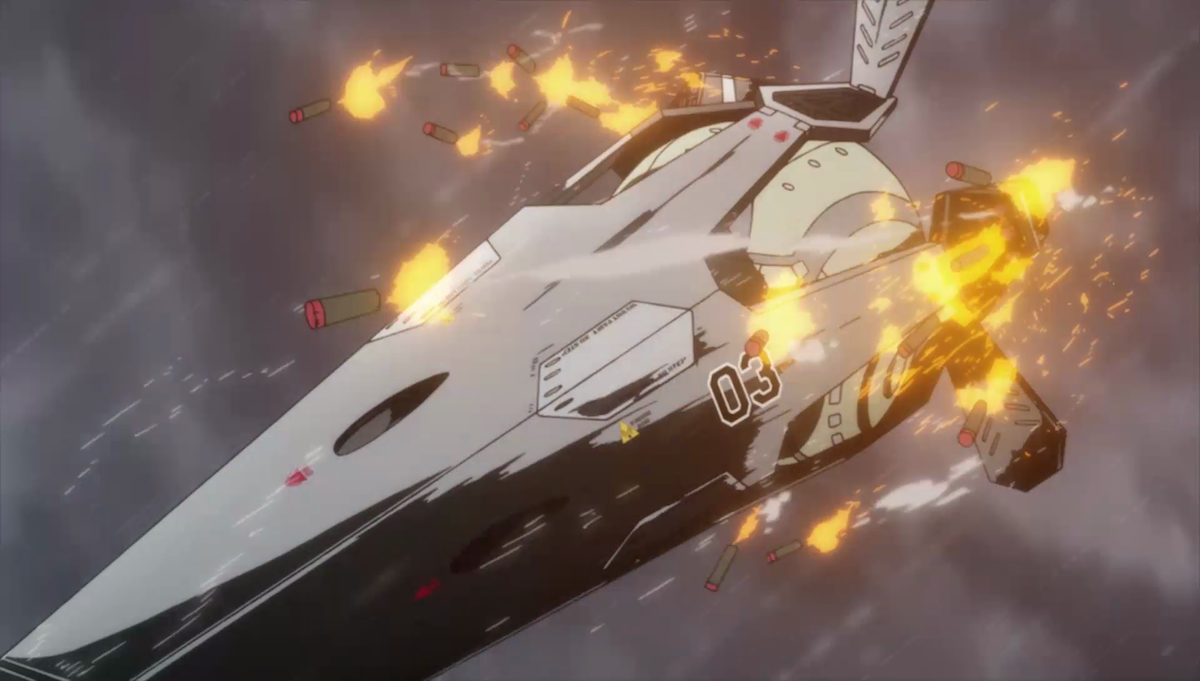 Then in comes Kickstarter project Under the Dog. English-speaking producer Hiroaki Yura dazzled attendees at Otakon 2014 with promises of a new anime inspired by Akira, Ghost in the Shell, and the like. Under the Dog was here to save anime from itself.

In the years since the Kickstarter campaign blew past its nearly $600,000 goal, what was once the imminent savior of the anime industry became its laughingstock, with Yura unceremoniously ousted by his own team over creative differences, and production extending far beyond original estimates. By early 2016 you’d be hard-pressed to find a backer who actually thought Under the Dog would ever come out.

But not only did Under the Dog come out, almost exactly two years after Yura’s promises at Otakon (albeit available only to Kickstarter backers). It’s actually good!

The half-hour pilot episode drips with meta symbolism of its own place in the anime industry, with visual nods to classic anime and thinly veiled metaphorical attacks on the modern industry. The opening sequence features shots that are pure Mamoru Oshii. A monster in the second half channels the designs of Akira, Evangelion, and Nausicaä’s God Warriors. Early on a high school is assaulted by American armed forces, as if to declare “Americans are here to get rid of all your sissy high school anime.”

Amidst all this style, director Masahiro Ando (Sword of the Stranger) guides the story with a slow, steady hand. Nearly the entire first half of the episode simply builds up the tension as we watch high school transfer student Hana load a handgun and prepare for a dangerous yet unexplained escort mission.

When the violence breaks out, it’s sharp and unapologetic, backed by the pristine fight choreography and attention to detail that Ando showcased on Stranger. Also like Stranger, it features an extremely desaturated color palette, though in this case it doesn't fit the setting all that well (Stranger was a samurai period piece). Studio Kinema Citrus, formed from ex-BONES and Production I.G staff, shows off what might be their best action animation yet, full of detailed gunplay and dynamic hand-to-hand combat. As a result, there are 43 counts of on-screen murder in just 28 minutes of animation, making for an average rate of one murder every 40 seconds. That should be the only evidence you need to give Under the Dog a shot. 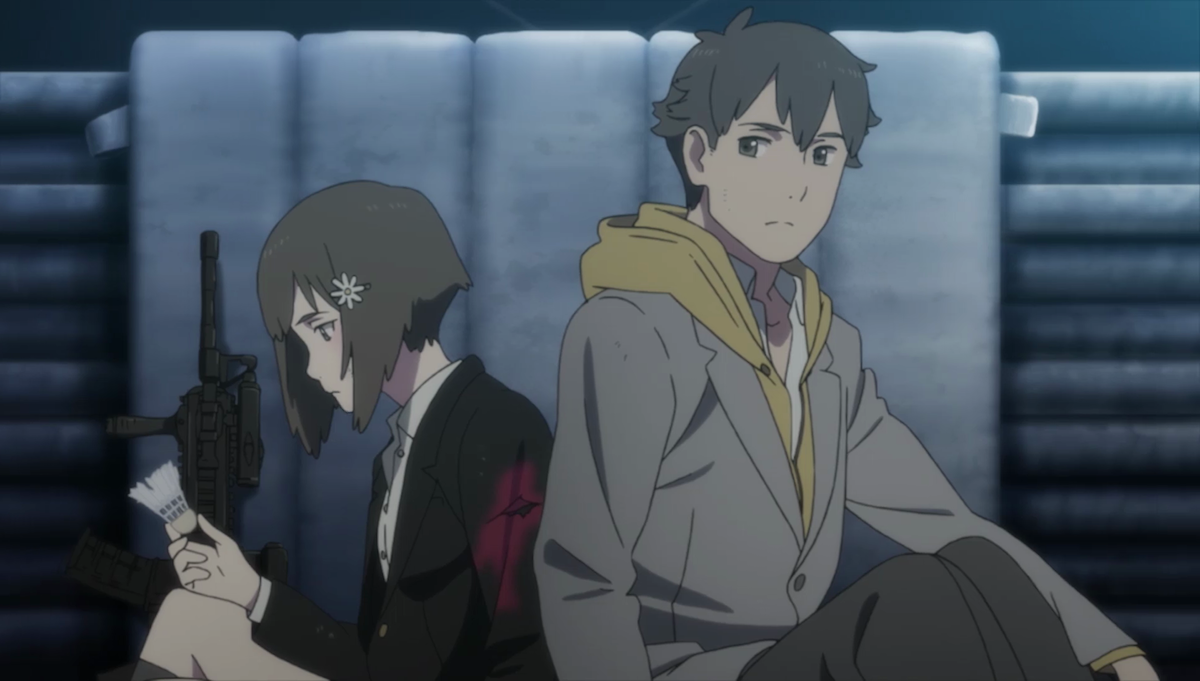 Though the pilot lacks much in the way of clear plot and is a little heavy-handed in how it tries to prove its badass bonafides, it moves with such momentum that it’s easy to get swept up in it all. Ando balances slow, careful shot composition with hard and fast action scenes, and Ishii saves some of his best cards, including series protagonist Anthea, for the end of the episode.

Under the Dog Episode 0 has hardly saved anime, but it’s not every day we get something so committed to being plain cool. Under the Dog manages to balance that appeal to the “cool factor” of retro OVAs with Ando’s masterful directing work, and with the potential for a feature film on the horizon, here's hoping the team gets a chance to flesh out this concept into something much bigger in the future.

Under the Dog Episode 0 is available for Kickstarter backers only, but you can follow project updates on the official site.

This review is based on a video file distributed as a reward for Kickstarter backers (I backed the project).