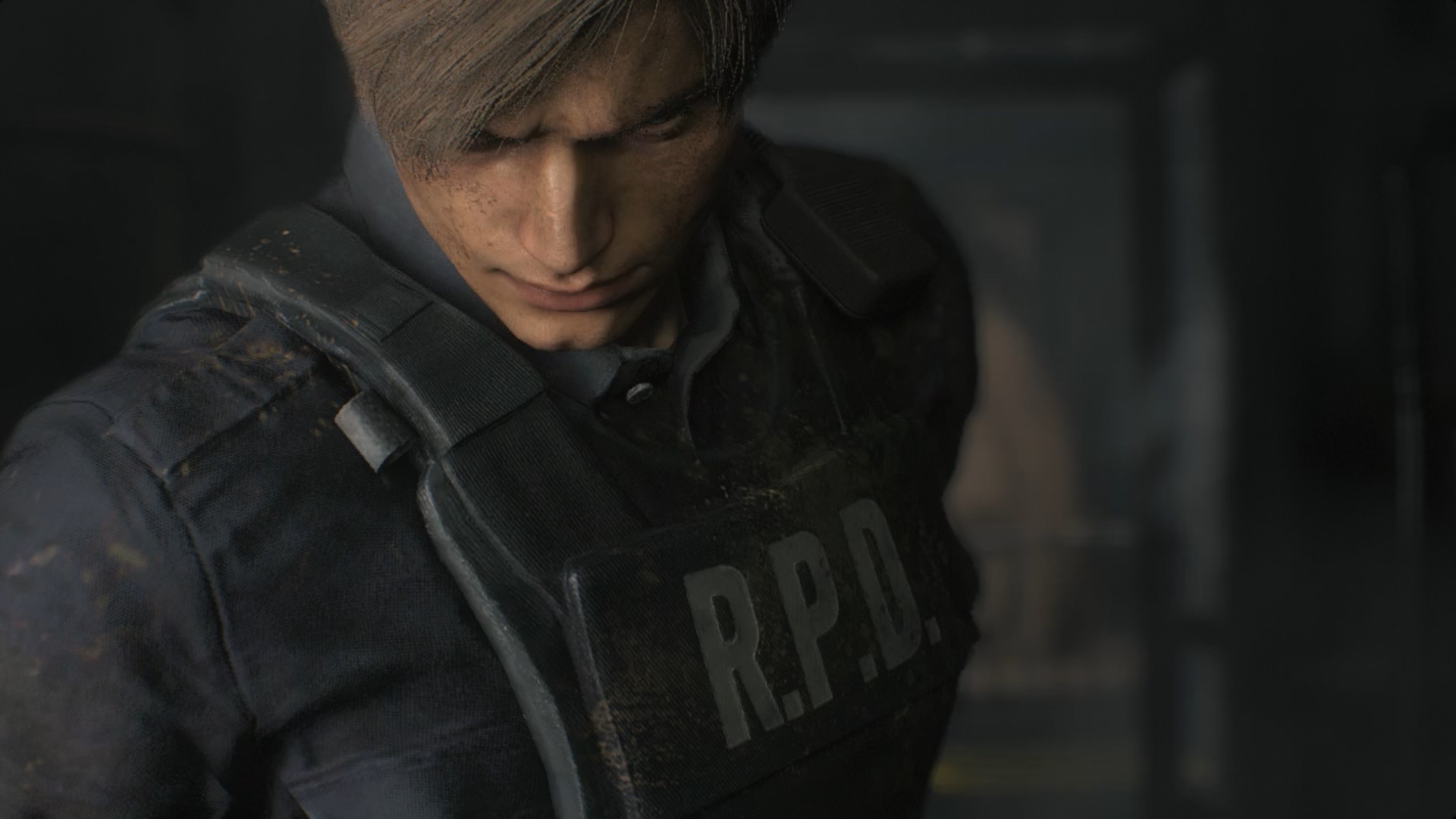 The notion that remaking Resident Evil 2 (1998, Sony PlayStation) might be a good idea in 2019 requires as much brain activity as the series’ zombie hordes can muster. That it wasn’t done sooner and that the series needed to survive a non-zero amount of awful sequels and six different Paul W.S. Anderson films before arriving at the idea that, yes, fans would love to see a modern take on RE2, says a lot about the priorities held by Capcom’s business division. People begged, people pleaded, and 20 years later, Capcom has come out with a pretty damn solid reason to be so patient for so long.

The original RE2 is so good that the remake doesn’t really thrash it into full-on obsolescence like I’d expected.

Before Resident Evil 4 stirred the pot and changed third-person action games forever, the majority of fans would have claimed that RE2 was the best in the series. In 1998, RE2 was praised for its focus on action compared to Resident Evil 1’s purer expression of “survival horror” that many griped was a result of clunky controls and stingy item placement. The original RE2, directed by Hideki Kamiya, known now for Bayonetta and tweeting, was unique for its time and an evolution of the fundamental design. Dividing the story into two campaigns with separate characters, each with their own respective mission that would occasionally intersect where the story allowed, it assured that a single playthrough only revealed half of the details. Moving out from the dusty confines of the Spencer Mansion and into the midst of Raccoon City’s viral outbreak, RE2 simply felt faster, more frantic, larger in scope, and it was arguably better written than the low standard set by RE1’s laughably cheesy script. I love RE1, I love every incarnation of it out there, but it is no small miracle that the game would become a smash hit while saddled with so much clunk that it would crumble under scrutiny today. The original PlayStation RE2, even now with the arrival of the remake, is a fine game in its own right. 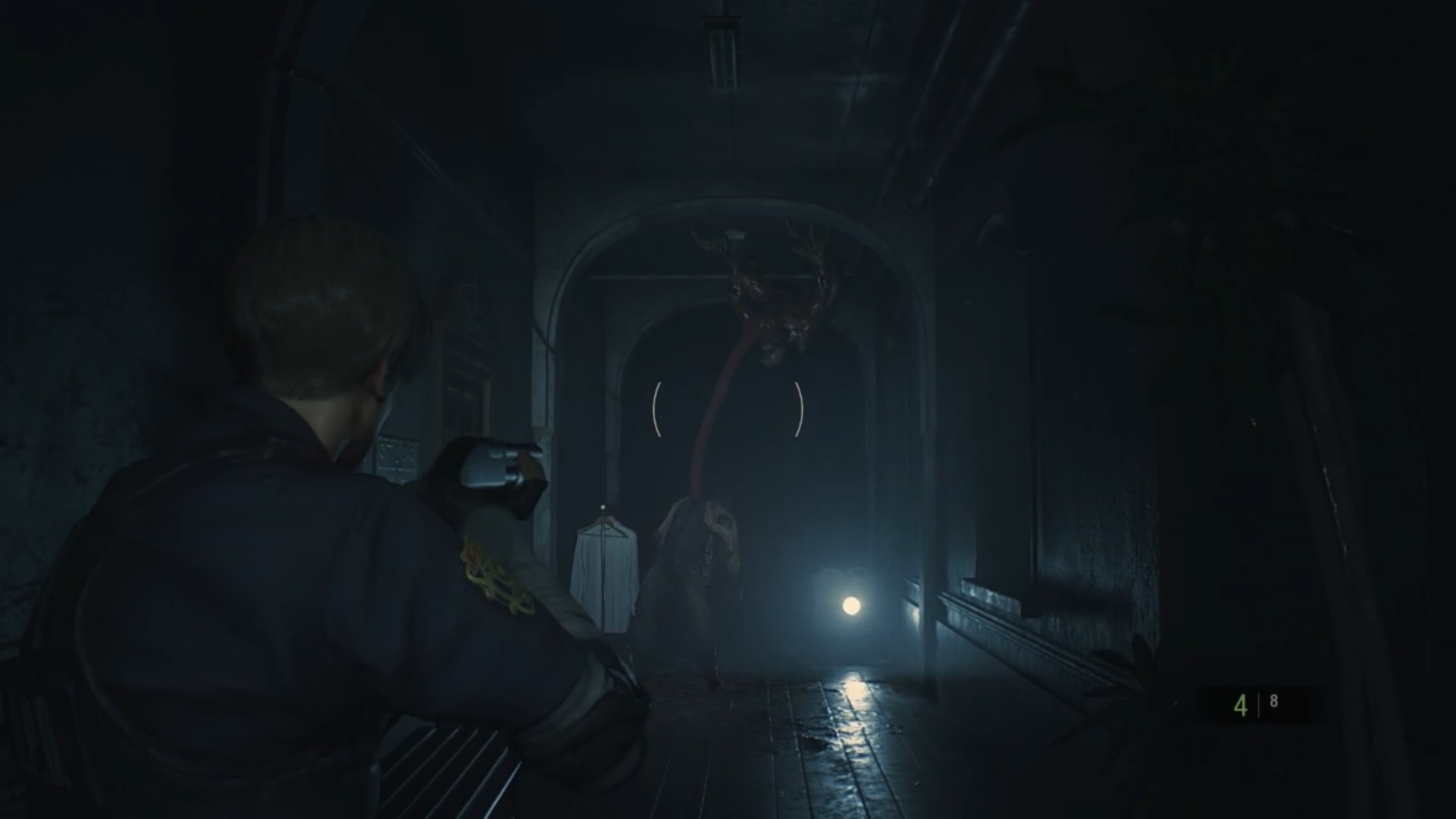 The original RE2 is so good, in fact, that the remake doesn’t really thrash it into full-on obsolescence like I’d expected. Resident Evil 2 (1998) and Resident Evil 2 (2019) are the same game, and also they’re not. Driven by the new engine devised for Resident Evil 7, this new RE2 plays like the best parts of the last 15 years of the series, from RE4 onward. The original RE2 remains the only iteration of the game with the fixed-camera angle tank-control gameplay we all know and love. Gameplay comparisons between the two aren’t fair but story-wise, fans of the original will be amused, surprised, but not necessarily shocked by the changes made. I was mostly rattled by the amount of times Leon, a boy of a man full of childlike innocence circa ’98, says “fuck” whenever he sees a zombie. Swearing aside, everything from iconic first time encounters to the bit players who exist just to hand over a key and then die is enriched with a depth of character that would have been inconceivable during Resident Evil’s schlocky beginnings. 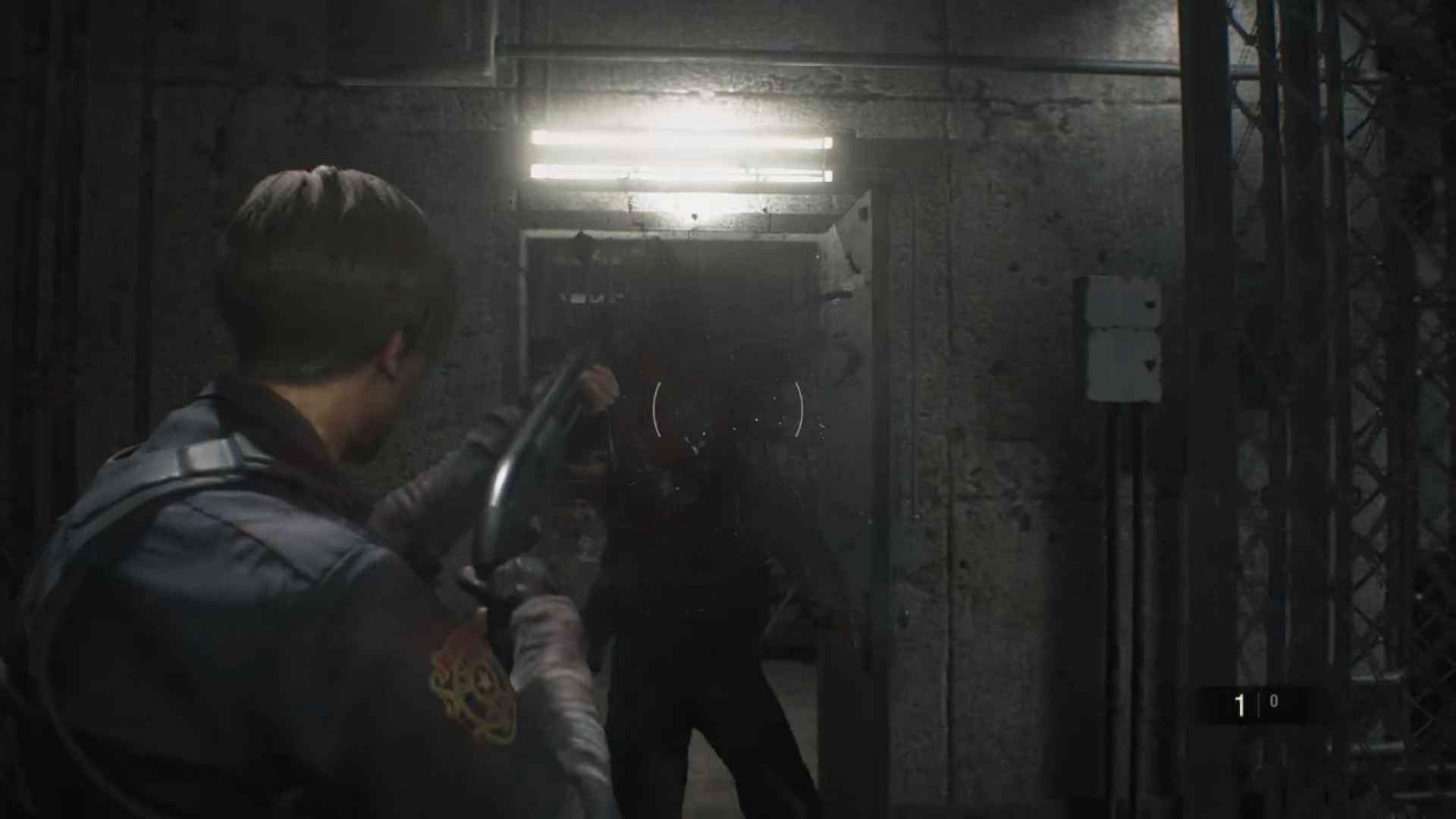 Beyond the superficial draw of high-fidelity gore and sustained cussing, RE2 is elevated by the small details, the tiny nuggets of polish and fine-tuning carried out lovingly by designers who care.

The brevity of the main campaign made the original game perfect for meta challenges and speedrunning, and the remake is no different. To my surprise, RE2’s remake feels even more constrained than the original and many of the design choices here seem to encourage fast thinking over methodical item management. During my Scenario A run of Leon, I found myself blowing through whole areas while expending a scarily exact amount of ammunition. Using magnum ammo for monster headshots before reaching the last boss seems sacrilegious but the game offers plenty of leeway on Standard difficulty that item placements should be taken as obvious hints that it’s okay to use the big guns. Most of the time, using up all your ammo is indeed the right choice, although I imagine my breezy first run won’t be the case for everyone, especially for those unfamiliar with the original game. Going into Claire Scenario B, henceforth referred to as the “Second Run,” presents quite a challenge at the beginning as I adjusted from Leon’s standard Handgun+Shotgun load out to Claire’s high-powered yet sluggish artillery. Running around with three empty guns and a single flash grenade is the very meaning of the phrase “survival horror” and something I almost feared Capcom had forgotten.

One of the coolest things about the series post-RE7 is the scrubbing away of weird video game-y logic found in puzzles. No one enjoys slowly pushing three crates down a hall to form a bridge or re-arranging books in a shelf to open a secret passageway. Peculiarities are written into the lore of the story found in records you collect and personality details you can glean from interactions with major characters. The Raccoon City Police Department is full of cases of self-sabotage and missing items, so the reasoning behind the game-like “puzzle” of finding keys is “some asshole wants to get us all killed” and not “some game developer needed to put in a new feature.” 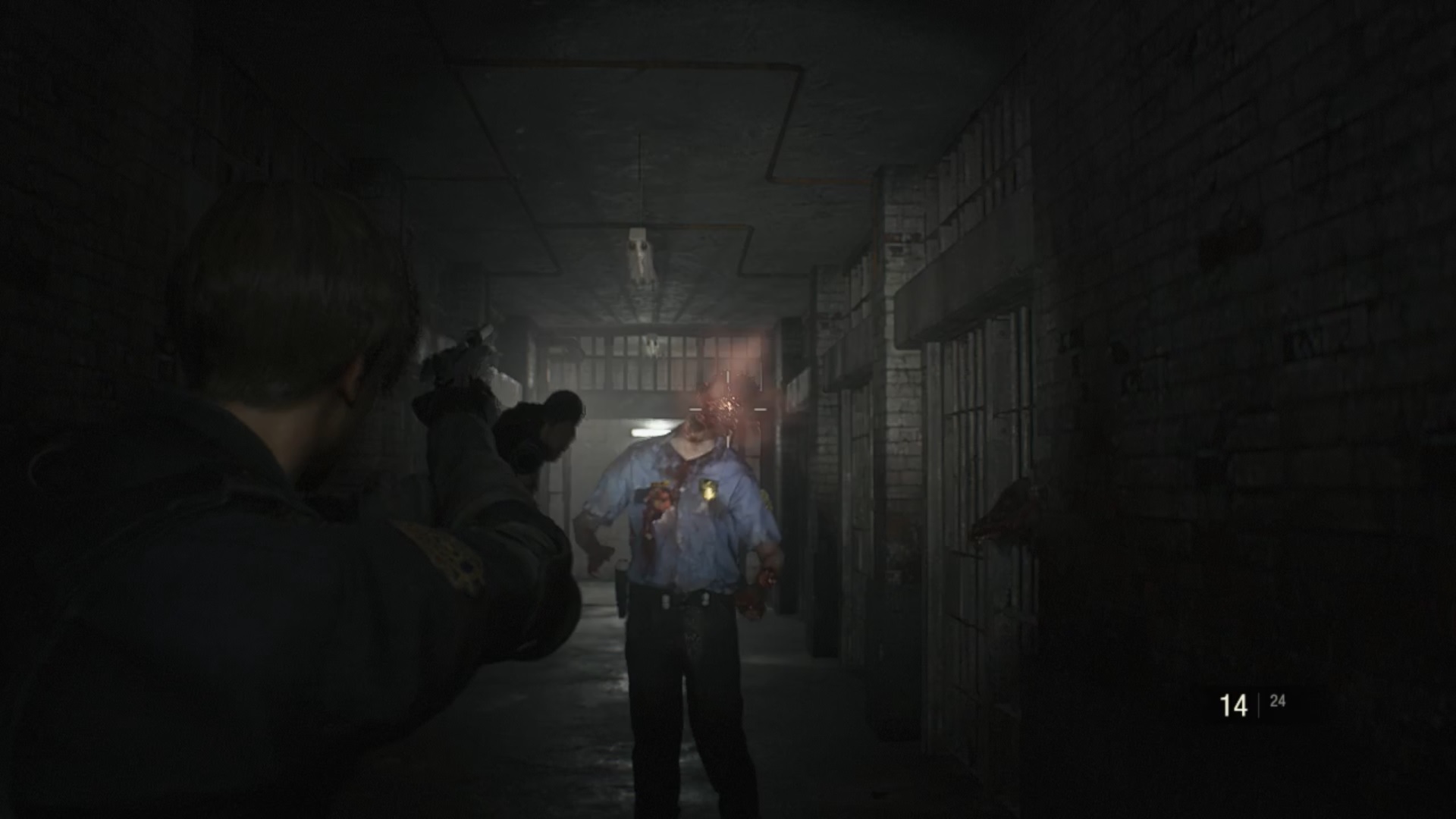 Beyond the superficial draw of high-fidelity gore and sustained cussing, RE2 is elevated by the small details, the tiny nuggets of polish and fine-tuning carried out lovingly by designers who care. From the moment I saw Claire’s Elza Walker alternate costume, I knew Capcom had the right people working on this. I’m perfectly happy with the remake, if not totally blown away. With the initial gameplay reveal, everyone expected the game to be great, and I’m sure everybody who cared fully cleared the game on launch week. You can see everything the game has to offer in about twelve hours, which is not a great value for a full-priced release but it does possess a lot of replayability as per series’ tradition. In 1998, a game reviewer would have written that RE2 is a fantastic rental for the weekend but since no one alive reading this understands what a “rental” is in terms of video games, I’ll say that Resident Evil 2 is a fantastic deal to pick up during an inevitable sale.

This review is based on a copy purchased by the reviewer.