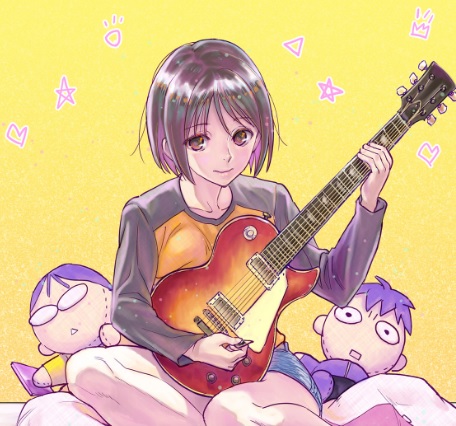 Tatsuhiko Takimoto’s Welcome the NHK is an important piece of 21st century fiction that provides a vivid fictional account of social problems in turn-of-the-century Japan. Based on the author's own experiences, the protagonist Tatsuhiro Satou lives life as a purposeless shut-in, one of Japan's thousands of “hikikomori,” as he and those around him attempt to come to terms with the agonizing hikikomori existence as well as the mental health and other issues related to the phenomenon. The novel is able to examine larger social issues through this smaller-scale approach — focusing on a handful of characters, each unhappy in their own way, as well as how society has uniquely failed them.

Not so much a sequel, Rebuild offers a contemporary take on the original

Initially posted on Takimoto’s website as a web novel, Welcome to the NHK was a huge success and spawned a pretty decent manga adaptation in addition to a middling anime series. What the adaptations miss is mainly the unrelenting bleakness of the novel and its ending as well as the specificity of the suffering its characters go through. Welcome to the NHK captures that uniquely early-2000s misery: the dark hopelessness in the aftermath of the lost decade (an economic crisis which, for all intents and purposes, hasn’t really gone away). It's the novel that truly unlocked “hikikomori” for me and made me understand it as a social issue beyond the passing pop culture references to it and the (then as now) innumerable “weird Japan” articles.

The title Welcome to the NHK makes the then-commonly accepted but wrong reasons for the social problem of the hikikomori explicit: both the coddling of the welfare state justifying austerity (NHK is Japan's national broadcaster), as well the prevalence of intense subcultures (Nadia: The Secret of Blue Water and Cardcaptor Sakura are explicitly referenced in the text) are misidentified as the direct cause of the issue rather than a symptom. But since the publication of Welcome to the NHK in 2002, an interesting phenomenon has taken place with Japan's hikikomori population: nothing has happened. The problem still exists and, in some ways, has gotten significantly worse. But this social issue that once dominated public consciousness is now barely even acknowledged.

Satou and Yamazaki and Misaki and Senpai are all right where I left them, still struggling.

In a similar fashion, Welcome to the NHK ends almost entirely unresolved. The protagonist, Satou, begins working as a night security guard — his mentally punishing hikikomori lifestyle essentially unchanged despite having found a way to make his personal mental health issues useful to a capitalist society. There’s almost no denouement for any of the other characters either; each simply drops out of Satou’s life. A sequel was long rumored but never eventuated, said to be due primarily to Takimoto's mental health. So after 20 years, after Abenomics, YouTube, and Blu-ray box sets of ‘90s anime, what does Rebuild of Welcome to the NHK at a scant 22-ish pages have to say?

Not so much a sequel, Rebuild (available on Gumroad and Amazon) offers a contemporary take on the original — a little vignette from an alternate reality where it was published this year. On the one hand, it's jarring to see Welcome to the NHK reference current modern culture, like gacha mobile games, verbose light novel titles, and the PS5, since I very strongly associate the IP with flip phones, 4:3 television, and the delicate zzt-zzt-zzt of a Pentium III. But much like the modern Evangelion films that Rebuild obliquely references, it makes the point that very little has changed. Satou and Yamazaki and Misaki and Senpai are all right where I left them, still struggling. The notes are slightly different, but the melody hasn't changed.

Rebuild does a lot with very little

We see a modern Misaki’s attempts to tackle the structural issue (the hikikomori) on a personal level, inferring it to be one of the many attempts she tried in the original. Satou spends his days in a drug- and alcohol-induced haze, unable to bear living as a hikikomori but also unable to take meaningful steps to bring about change in his life. He and turbo-otaku neighbor Yamazaki have embarked on, and left by the wayside, a half-dozen failed creative ventures to try and give their lives some meaning, but little has come of it; Satou spends a whole week considering how to respond to a single YouTube comment on a video of them saying they’re planning on making something … sometime. The original’s focus on the idea of conspiracies as a way of being able to ignore an obvious and unpleasant truth is still very much present, but in the 20 years since, the conspiracy theorists have gotten more mainstream and far more dangerous.

Rebuild does a lot with very little by bringing the themes of the original novel into sharper focus as social commentary through a brief but poignant modernization. I don't think we’re meant to take from the short re-tread of the original that a sequel to Welcome to the NHK would be bad or unnecessary. But as an alternate chapter from precisely the middle of the original book, Rebuild emphasises that many of the same people are still in charge, the things haunting the characters in 2001 are still around, still causing problems, and (even worse) seemingly not going anywhere for the next 20 years either.

In the afterword, Takimoto discusses how bleak stepping back into Welcome the NHK made him feel, and I understand completely. The original might be a favourite of mine and a vital piece of modern fiction, but that old and familiar feeling of hopelessness washed over me the second I started to read Rebuild. The author seems in a much better place now and has more stories to tell the world, but even if he didn't, the lasting importance of Welcome to the NHK is an impressive legacy.

This review is based on a digital download via Gumroad.