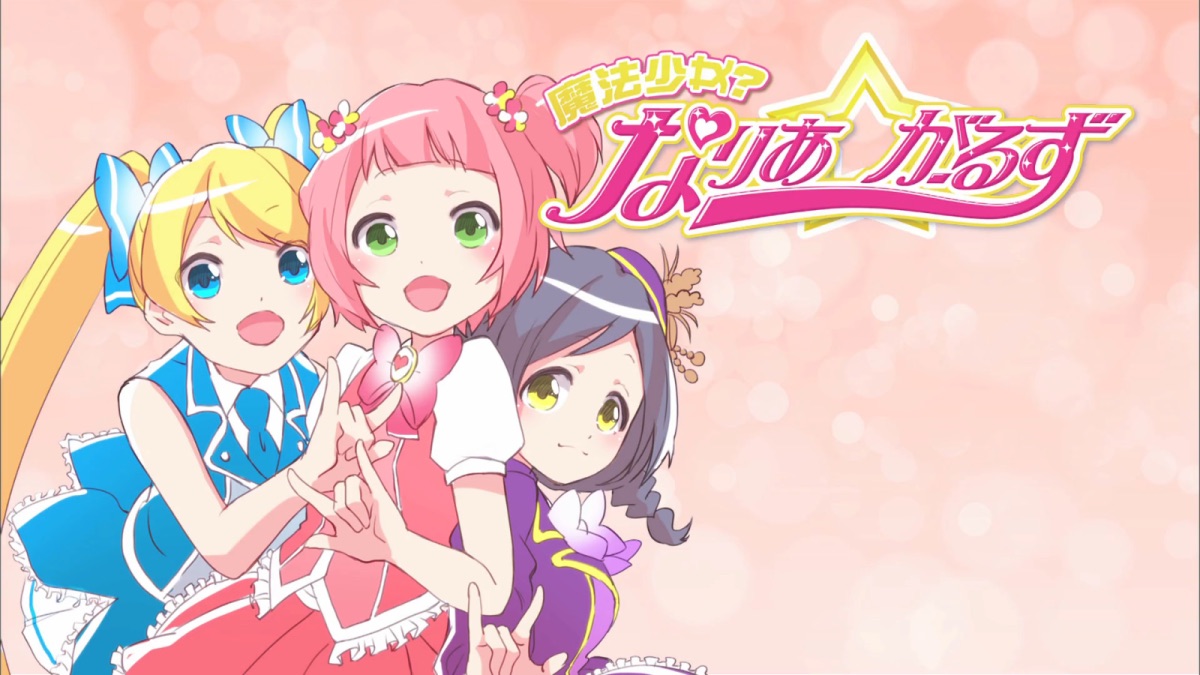 I sometimes describe my relationship to anime as that of a drug addict; overexposure has heightened my tolerance, but also necessitated greater and greater doses to achieve the same high. It’s the only reasonable explanation for why I watched Mahou Shoujo? Naria Girls — a 3-D motion-captured improv comedy magical girl series — to completion. And though I’m very late to the game (it premiered in 2016), it’s a series that deserves a lot more attention.

Naria Girls is part of a loose collection of obscure anime projects that we at Ani-Gamers have taken to calling the “gdgdVerse” since many of the key staff worked on the 2011 and 2013 gdgd Fairies series (pronounced “gouda gouda,” like the cheese). Like gdgd, many of these projects are animated in 3-D using Miku Miku Dance — a free program that was definitely not intended for use in professional anime production. On top of an embrace of lo-fi 3DCG, series in the gdgdVerse tends toward bizarre premises and heavy use of improv. In gdgd Fairies, three fairies summon whatever open-source models the animators can get their hands on while the voice actors react in both scripted and improvised scenes. In Straight Title Robot Anime, three humorless robot girls attempt to recreate the concept of comedy from scratch after a war has wiped out every human on earth. In Hi-Scool SeHa Girls, three girls (noticing a pattern?), each personifying a Sega console, go to school and learn about Sega history. 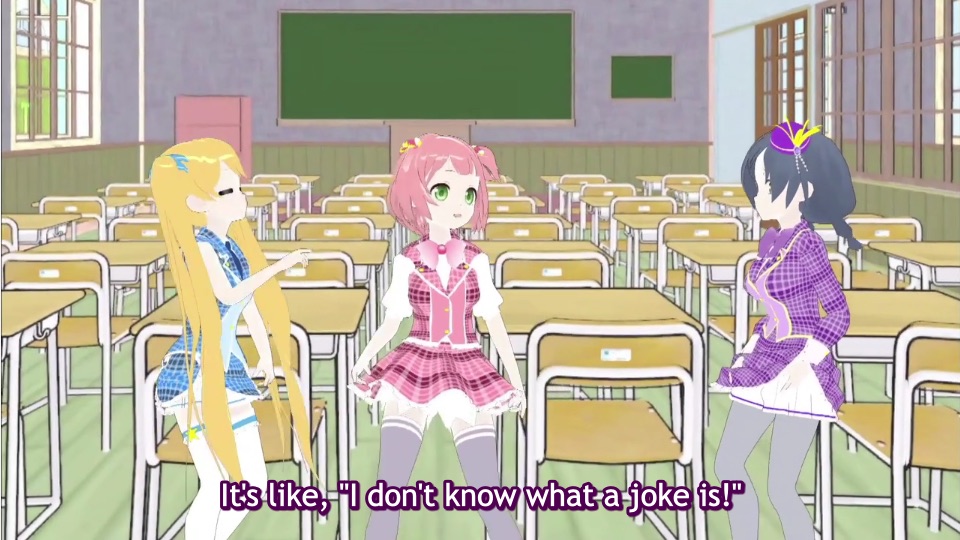 Naria Girls is a magical girl show, so it follows (wait for it) three girls who gain magical powers from an animal familiar and use them to fight monsters. However, other than perfunctory exposition scenes, nearly the entire show is told through improv comedy. Each time a monster attacks it curses the girls by transforming them into three characters in a skit, and the voice actors have to play out the scene in real-time. And when the trio finally transform to defeat the monster, their familiar gives them a prompt to say while they transform (“Transform while describing a bitter summer memory,” for example).

The series comes courtesy of Koutarou Ishidate, the beleaguered director of season one of gdgd Fairies and most of Tesagure! Bukatsu-mono who left both projects mid-way for unstated reasons. Whereas gdgd Fairies Season 2 director Souta Sugahara has been more conservative since gdgd ended, sticking to the formula in shows like SeHa Girls and gdgd Men’s Party, Ishidate seemingly has a penchant for experimentation, with admittedly mixed results.

Indeed, as if gdgd Fairies wasn’t weird enough, Ishidate takes Naria Girls to a whole new level by having the voice actors control the character models directly via some of the shoddiest motion capture I’ve ever seen. Limbs regularly clip through skirts, hair, and even other characters, while the trio awkwardly sway back and forth in exaggerated depictions of real human motions. Sometimes one of the actors will absent-mindedly drift off-camera while they’re talking, and nobody even bothers to go back in and fix it.

It’s unclear how much of this is intentional. In behind-the-scenes footage, staff proudly show off the Kigurumi Live Animator KiLA software that they’re using, while the voice actors cavort around and accidentally unplug the batteries attached to their mocap rigs. Considering the track record on gdgd Fairies it stands to reason that the staff are at least somewhat doing it all on purpose, but as a Japanese CG animator once told me, “Inferno Cop is good animators making bad anime on purpose, gdgd Fairies is bad animators making bad anime on purpose.”

The thing is, Naria Girls is good. Sure, it looks like ass and the voice actors don’t always even make great jokes, but they have the kooky, awkward energy that comes with live improvisation and collaboration — aided, no doubt, by the fact that they were actually able to see their animated versions on monitors while they were performing. And there’s nothing quite like the moment when an improv performer is stifling a laugh mid-performance, something that happens all the time in Naria Girls.

Plus, there are so many weird little comedic touches layered on top of the improv. The girls have a transformation sequence like any good magical girl team, but at the end of the sequence they’re wearing the same clothes they started with. Each episode’s monster is voiced by a famous actor, and in exchange for their participation they get to shout out whatever projects they’re working on as the girls blow them away. You know you’re watching a good anime when your villain’s last words are “Persona 5 comes out September 15! Please play it!”

The last few episodes of the series build up what appears to be a serious finale, but in true Ishidate style it turns out it’s just a cheap parody of the provocative ending of that magical girl show (you know the one). It’s lazy and derivative, yes, but it really is the perfect capstone to a series that absolutely does not care if you take it seriously.

I know that some of the gdgd faithful watched Naria Girls back when it first came out, but there are still lots of fans out there who have yet to experience the full glory of the gdgdVerse. Still, if you’re new to the world of nonsensical lo-fi 3-D anime, your best bet is to start with gdgd. Naria Girls is gdgdVerse anime of the highest level — appropriate only for those who, like me, have already completely lost their minds.