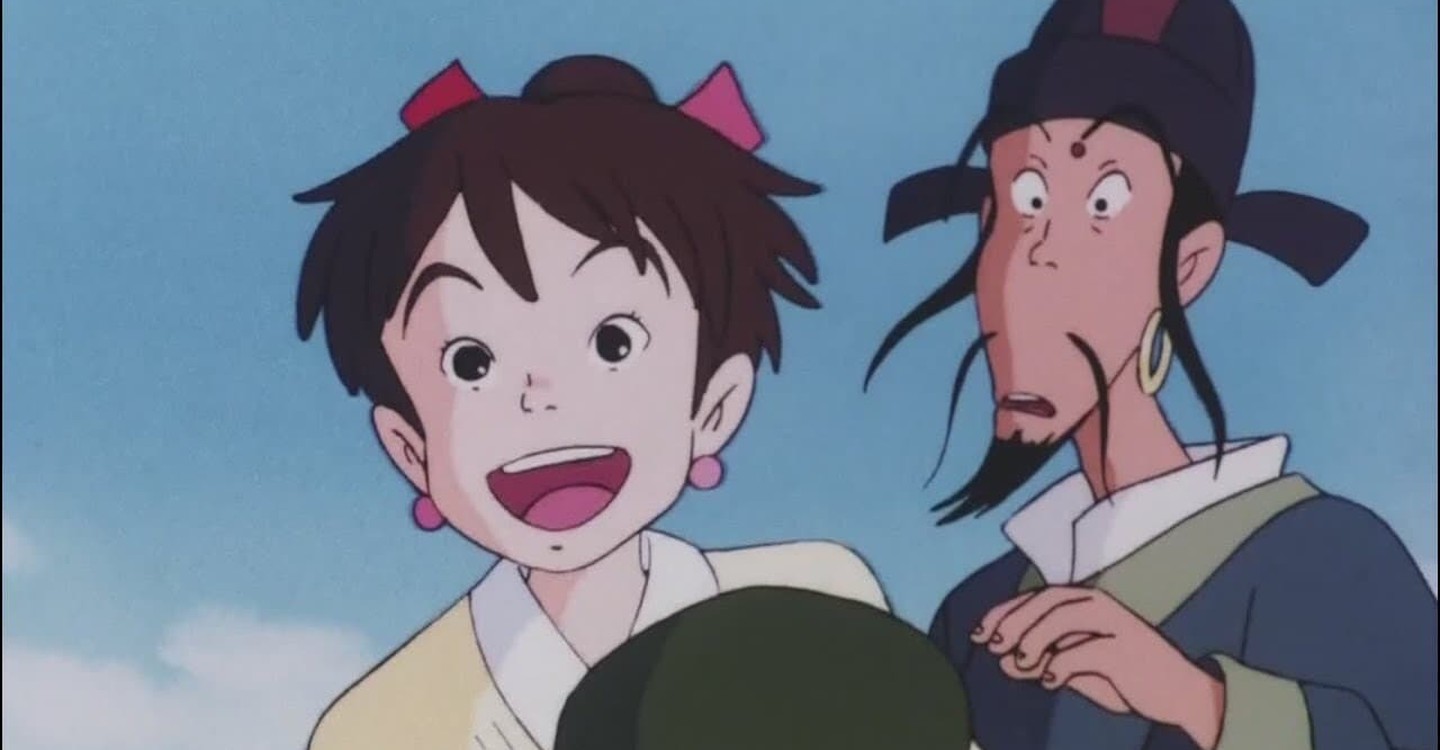 Ginga is a young girl from a country province in 17th-century China. Headstrong, curious, and rude to her higher-ups, she decides on a whim to accept a challenge to become the consort of the newly-installed Emperor of China. When she arrives at the finishing school, it dawns on her that palace life will not be about “eating all day and sleeping” but instead will require an unpleasant amount of force to stop a revolution from destroying the court, her possible husband, the girls around her, and herself. Made in the ’90s by Studio Pierrot for TV broadcast and based on the novel Inner Palace Harem Story by Kōkyū Shōsetsu in 1989, Like the Clouds, Like the Wind was a tie-in to a long running NHK and CCTV (Chine Cental Television) documentary series on the Silk Road trading routes that existed between mainland Western and Central Europe and China between 330 BCE and 1400 ACE. Everyone in Japan watched it and thus gobbled up anything related to it. I came to the film after seeing the Blu-ray on special and thought “Hey, this looks like a Ghibli film!” Well, turns out it isn’t from the studio (more on that below) but I found myself having a good time immersing myself into the world of Ginga and her friends. I imagine that watching this in Japan after seeing the NHK series would have been a dessert after the main meal. 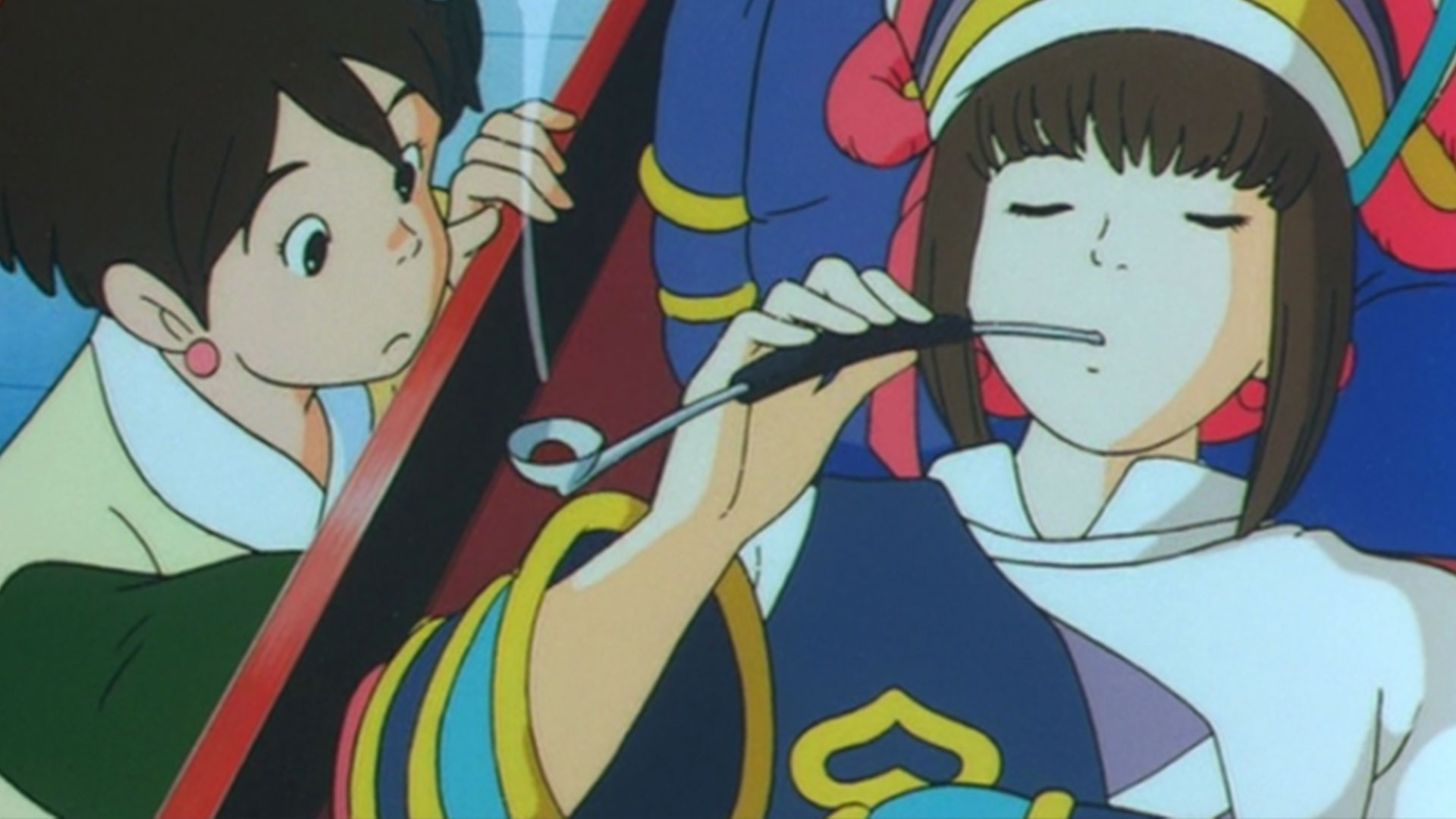 What I like the most about the film is the stillness of the picture. It has these moments of transition as the political scene changes and we see as Ginga learns her lessons and moves up the ladder in the rankings, contrasting the stillness of the inner court with the hellish conditions developing outside in the real world. We see rolling hills, clouds going by, and life unfolding. In this case, less is more. The animation might be stopped (cynics would say it saves money) but still the sound remains, making the feeling more haunting as your mind flashes back to those ruins. The people we’re watching are long gone. So all that’s left is the emotion and meaning. I do like the sentiment behind the film but sometimes the tone is all over the place. One minute we’re with Ginga as she tries to understand the myriad requests placed on her by royal court officials, the next we’re seeing the behind-the-scenes as the Emperor’s advisers and opponents vie for supremacy. In another director’s hands, the transition as Ginga realises the enormity of what being the Emperor’s wife will mean to her might have been smoother. The third act as the attack rolls towards the court is very abrupt and jars what little equilibrium the film had achieved. The balance doesn’t return until the film starts to wrap up and by then you realize you’ve watched a thrilling palace siege attack and some of the most impressive animation in the film. It’s as if it happened in a different film and you’d accidentally skipped the channel.

It’s not all doom and gloom. As I mentioned, the animation (especially the palace attack) is top notch and I love the character designs by Ghibli mainstay Katsuya Kondo. They have a neutral look that helps to present the characters based on their actions, rather than their appearance. The cast is perfect, each suited to their part. Ryōko Sano as Ginga is joy and enthusiasm in one package. Her youthful mien and endless questions help bring energy to her scenes. Koryuun as Emiya Ichikawa plays two separate performances, each with a distinct tone. Special mention for Akiji Kobayashi as Konton, a bandit hired by the government official to escort Ginga to the court, who is a perfect mixture of practical revolutionary and grumbling old guy aesthetic. Haruhiko Maruya’s score is not overly amazing but at the same time, it fits the assignment perfectly. What I’m saying is while it’s not Joe Hisaishi (then again nothing could be), it’s also not something as inconsequential as Cornelius (Ghost in the Shell: The New Movie). Lastly, it’s always good to see Chinese tales being told in animated form. The design team really went overboard in evoking the period and I love every little turn, every background in the court settings, and how the character designs give off a Ghibli feel but are still their own thing. 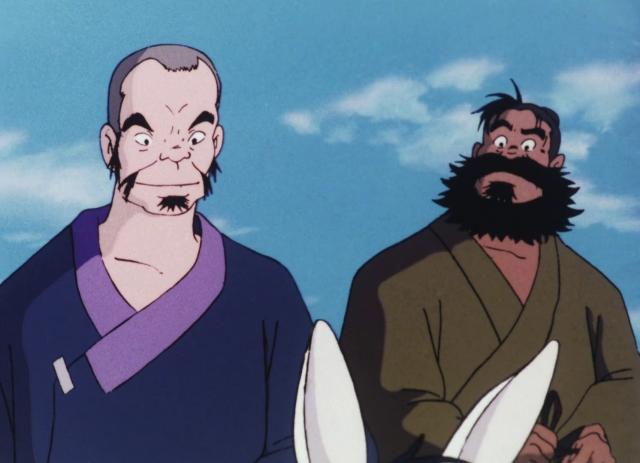 In the end, Like the Clouds, Like the Wind is a good looking film with some excellent performances, story, and designs but it’s hindered by an inconsistent tone and bad writing in places. I can’t completely recommend it nor can I dismiss it. While not sentenced to the Trap Door, it came perilously close. I would advise tempering your expectations when you watch it.

Like the Clouds, Like the Wind is available on an excellent blu-ray from Discotek Media in the US (region locked so a multi-region player is required outside the US) and is now streaming online from the fine people at RetroCrush. 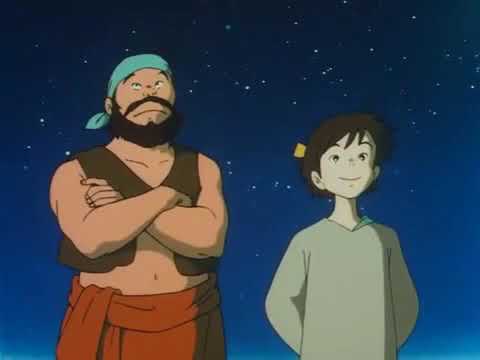 This review is based on a streaming version on RetroCrush.