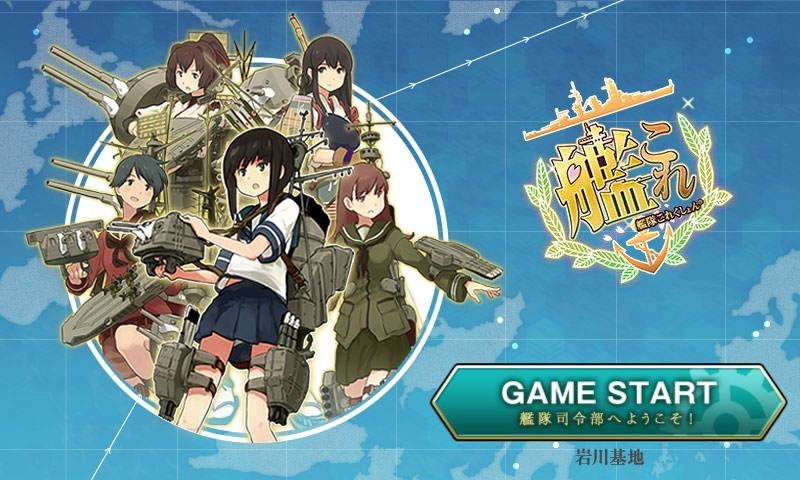 I’ve had enough people ask me what the deal is with Kantai Collection that I realize there aren’t many sources that spell it out in plain English. Those that are familiar with "KanColle," for short, are either too busy playing or speak too much jargon for outsiders to understand. I started playing to find out what the fuss is about and, well, here I am nearly half a year later with more hours logged than I care to admit. Reviewing a browser game is a fool’s errand, so this is more of an explanation of what exactly KanColle is for the curious and baffled.

At its heart, the game is an unfeeling excursion into the cruelty of mathematics.

Kantai Collection is a game, centered around resource management, where players assume the role of captain of a fleet of anthropomorphic ships based on real vessels from World War II. There’s not much of a plot to go by, just the simple premise of protecting the homeland from a mysterious invader. Everyone knows the principal gimmick, the warships-as-cute-girls twist that makes westerners go “Oh, Japan," but at its heart, the game is an unfeeling excursion into the cruelty of mathematics. Mechanically, KanColle evokes a lot of what makes a game like Pokémon tick: that dynamic of collecting, raising, and battling while delegating close to all options to chance. The system of random number generators that KanColle is built on is so reliably unpredictable that it has produced a cult of players that worship a deity referred to as the RNG goddess. Even right this second, there’s someone, somewhere, cursing the name.

In economics, the term ‘barriers to entry’ refers to difficulties involved in trying to enter a market. In this regard, registering an account to play KanColle is perhaps easier than trying to find a job that pays above minimum wage in the United States, but it still stops most anyone cold in their tracks early on. The registration process involves tooling around with your computer’s region settings and clock on top of setting up a VPN in order to trick the site that hosts the game into thinking you’re connecting from inside Japan. After that, registrants sign up for a lottery, usually held between 4 to 8 AM Eastern Time, to join an open KanColle server. If you aren’t there for the lottery the moment the page opens up, you’ve missed the window completely. Oh yeah, it’s all in Japanese too … as you might have guessed.

While signups are wholly foreigner-unfriendly, there is a very useful wiki that will hold your hand through all this, and the world opens up once you’re actually on a KanColle server. Flipping between the game and your wiki bookmarks might make your head spin, but KanColle is a game of routines that even I can manage to follow with my limited Japanese. A typical session involves running a few daily quests for easy resource gains and managing the equipment and line-up of your fleet before sortieing for actual combat. The amount of control you have over the game seems negligible at best, but there is something compelling about seeing all these random systems work in your favor. 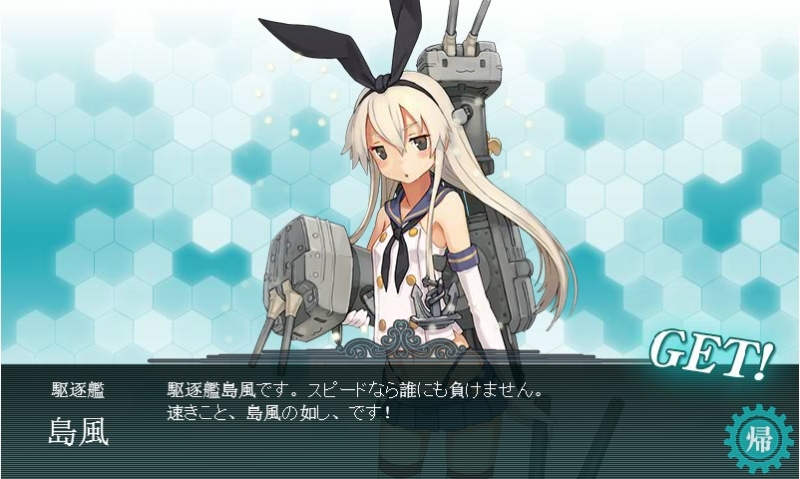 Like most browser games, KanColle is a potent time-suck that walks a fine line between fun and work. The initial rate of rewards and progress may keep you hooked beyond the first couple of days, but then it starts to plateau. Resources earned in a week go up in smoke to gamble on a rare ship build. Certain maps ask you to run unfavorable fleet compositions. An unlucky critical hit sends your flagship to the repair dock for a few hours. Once tangible progress dries up to a drip-feed, that’s when the frustration sets in.

KanColleintentionally fosters all of these feelings of love and pride in players for their ships while presenting an inescapable threat of permanent death.

Managing the in-game resources is enough of a task, but the most valuable resource will be your own time to commit to this game. I won’t talk around it: your mileage will depend entirely on how attached you get to your ships. Similar to a game like Fire Emblem, KanColle intentionally fosters all of these feelings of love and pride in players for their ships while presenting an inescapable threat of permanent death. Inattentive commanders, beware: once a ship sinks in battle, there is no bringing them back. Every ship has their own personality and fully voiced dialogue, which makes it that much worse when the ship doesn’t blame you for your mistake as they’re swallowed by the sea. 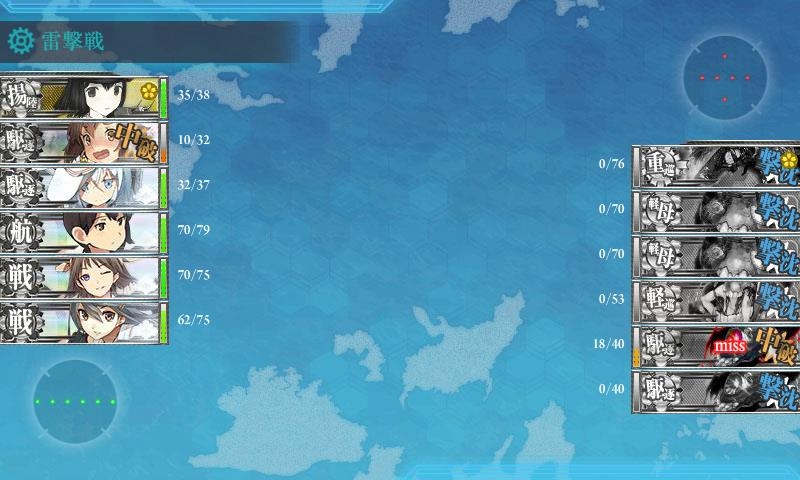 After peeling back all the layers, ‘love’ is the crux that keeps people coming back for one more level, one more quest, one more ship construction. Sure, this sort of love skews towards Weird Japan vibes, but by the time the marriage quest opens up in the game, odds are there’s one special ship in your fleet that’s caught your eye. Whether it's Kongou’s haughty broken English, Ryuujou’s charming Kansai-ben, or Yukikaze’s ridiculous luck stat, every ship seems to have something uniquely endearing about them.  Or perhaps you’re a lecherous fetishist with a questionable fixation for school swimsuits. In which case, you’re definitely covered in at least six different ways. You don’t even have to stop at one ship, you can marry however many ships you want provided you can afford the extra rings and marriage papers from the in-game shop. The game won’t twist your arm to buy things, though a few items are worth buying to make your life easier.

Like the vast majority of browser games, a lot of the enjoyment is simply a product of a voice in your head testing your limits. I can’t recommend anyone to walk into this without a serious interest beforehand, but don’t feel like you’re setting sail for unknown territories all by yourself. My corner of the fandom was very understanding of me as I bungled my way to become a respectable, if not entirely clever, captain. As of this writing, I’ve gotten halfway through the penultimate world map and am 18 levels away from marriage, but I most likely would not have gotten this far if the community behind the game hadn’t developed as quickly as it did. The tools to figure out this KanColle thing are there, and if you think you're up to it, your fleet awaits, would-be admirals.

This review is based on a free-to-play browser game hosted on DMM.com.