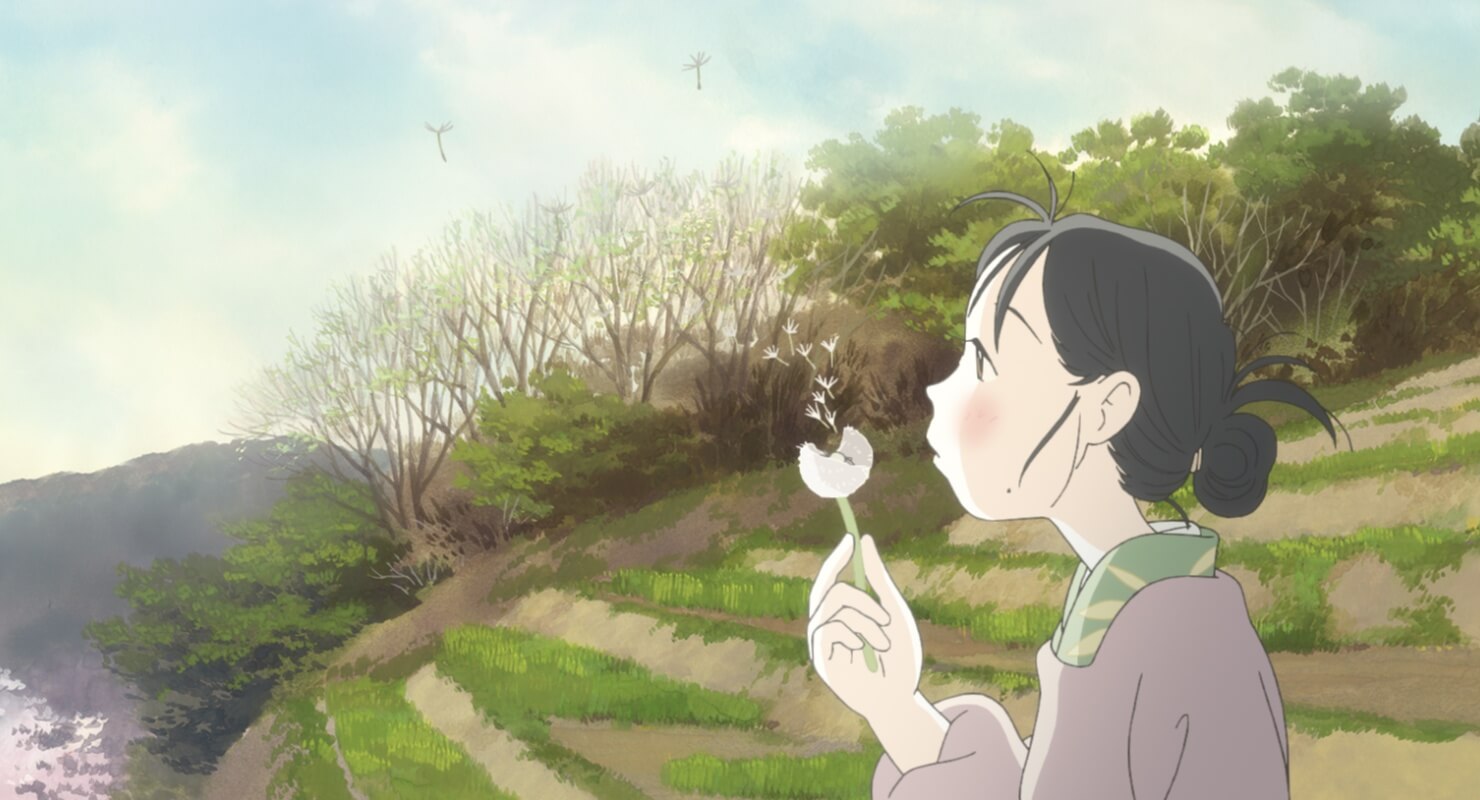 When we think of World War II in anime or manga, two creators usually leap to mind: Isao Takahata, director of Studio Ghibli's wartime drama Grave of the Fireflies, and Keiji Nakazawa, Hiroshima bomb survivor and creator of the semi-autobiographical manga series Barefoot Gen. Both men lived through World War II and understood personally the toll it took on Japanese civilians. Ironically, however, one of modern manga's most talented contributors to the genre is someone who didn't live through the war at all: Fumiyo Kouno, a Hiroshima native who grew up surrounded by and yet disconnected from her city's tormented history. Other than a short film in support of the 3/11 earthquake and tsunami victims, Kouno's work has never been animated … that is until 2016's In This Corner of the World — an adaptation of her 2007 manga of the same name. 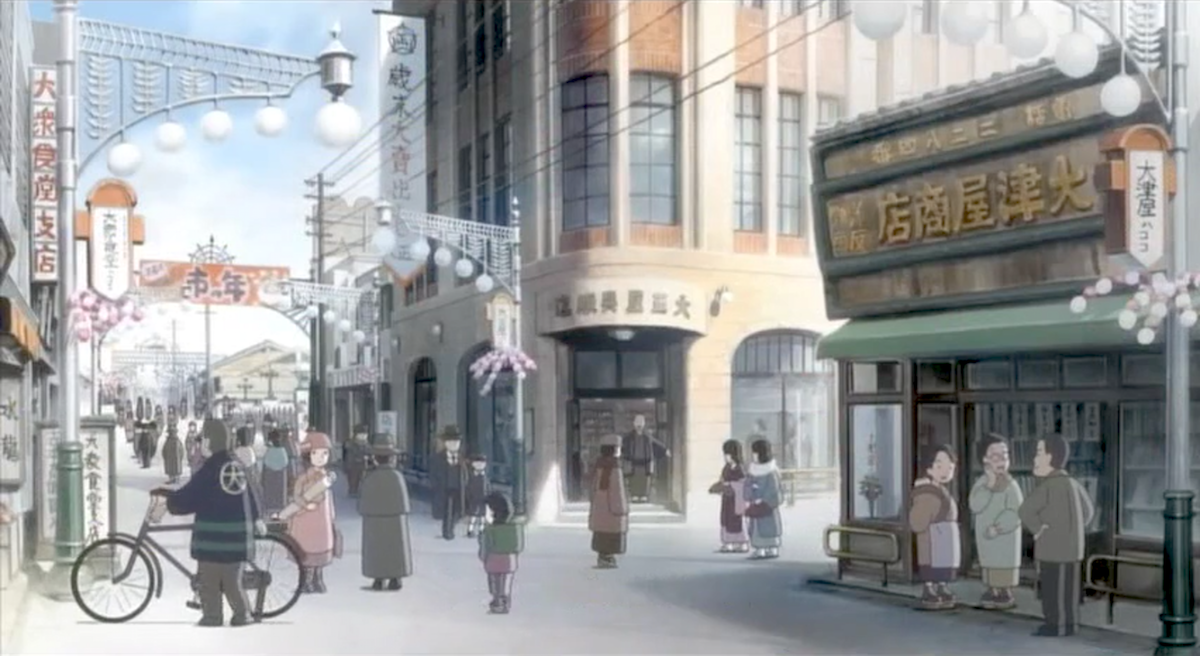 The In This Corner team meticulously researched the film's locations, going into often impractical levels of detail to recreate Hiroshima and Kure during the 1930s and '40s. This included interviewing surviving residents to determine what buildings looked like and even matching things like weather records and train schedules with each scene.

Suzu is a daydreamer with a bright imagination and a knack for drawing. But her idyllic life making nori (seasoned and roasted seaweed) with her family in Hiroshima doesn’t last long before World War II begins and Suzu finds herself married off to a man she has never met and sent to live with his family in the nearby ship-building town of Kure. From there, In This Corner of the World follows her struggle to maintain her childlike innocence in the face of both the brutal realities of war and the everyday alienation of her new life in Kure.

The last outing from director Sunao Katabuchi, Mai Mai Miracle, charted similar territory, using children's penchant for make-believe as a coping mechanism for family drama in a small town. But as talented as Katabuchi is, he has never made a movie quite like this one. As he has repeatedly stressed in appearances at Otakon and Anime Expo, the In This Corner team meticulously researched the film's locations, going into often impractical levels of detail to recreate Hiroshima and Kure during the 1930s and '40s. This included interviewing surviving residents to determine what buildings looked like (and later including caricatures of those same residents' families as "extras") and even matching things like weather records and train schedules with each scene. It's a level of historical detail that has likely never been attempted in any film in history … let alone an anime. The film was clearly created in large part as a tribute to the victims of the Hiroshima bomb and the war in general, reconstructing their world and presenting it to a generation far removed from it. 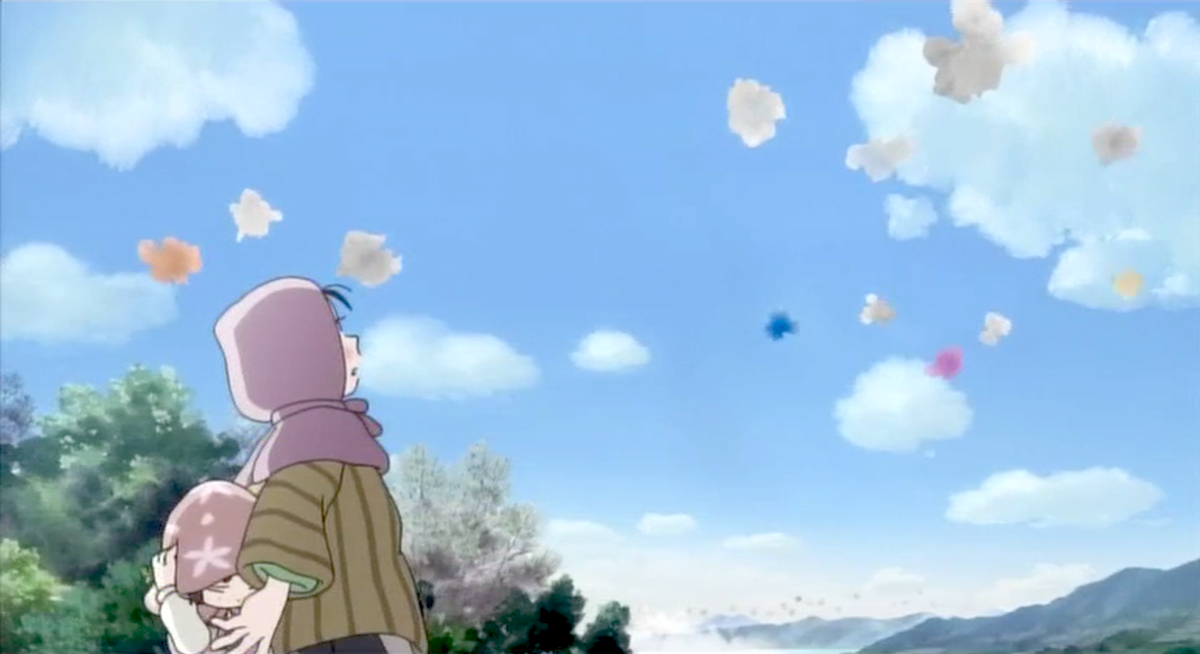 Whereas Grave of the Fireflies and Barefoot Gen bear witness to war at its worst, In This Corner shows that even when war is livable, it is profoundly destructive to the human psyche.

Despite Katabuchi's emphasis on this background detail, however, it's Suzu, not the location, who takes center stage. The camera almost never cuts away from the main character, granting the story a painful intimacy reminiscent of Grave of the Fireflies. But where Grave uses that intimacy to deliver gut-wrenching tragedy, In This Corner takes a more subtle approach. Kure was spared the horrors of the atomic bomb, but the war poisons nearly every aspect of the characters’ lives through the everyday indignity of bombing raids and food rations. Likewise, Suzu's story is primarily dominated by her interpersonal relationships: her strained bond with her sister-in-law, her loveless marriage, her fleeting friendship with another woman. She struggles with regret, belonging, creative expression, and the responsibilities of adulthood against a backdrop of mortal peril.

That's not to say In This Corner is a tragedy per se. Like Kouno's previous Hiroshima-themed manga, Town of Evening Calm, Country of Cherry Blossoms, much of the movie is taken up with meandering comedy scenes of everyday life. Kouno's squashed, cartoony designs, reminiscent more of things like Sazae-san than most modern manga, aren't just a refreshing change for an anime property, they also lend a softness that makes the characters instantly endearing. This is aided by delightfully understated acting from character designer/animation director Hidenori Matsubara (Ah! My Goddess) and a sleepy, nasal performance from actress Non that perfectly captures Suzu's unique personality.

Katabuchi also recreates many of Kouno's manga panels nearly shot-for-shot. Like the original, much of the film features long shots of characters in communal settings (sitting around the dinner table is a recurring motif), making it feel a bit like a play. When tragedy does strike, it's abrupt and all the more shocking for how it rips through the calm domestic scenes, leaving guilt and despair in its wake. Whereas Grave of the Fireflies and Barefoot Gen bear witness to war at its worst, In This Corner shows that even when war is livable, it is profoundly destructive to the human psyche.

I am not left with a sense of the vague "tragedy" of war but of its grave injustice. Suzu deserves, as all people do, to live in a world far kinder than this one.

If In This Corner has any flaw, it's that there's not enough time in the movie to go into all of the plot threads of the original manga. As a result, some relationships, such as Suzu's unrequited love for a childhood friend and her friendship with a local prostitute, lack some necessary context and can seem out of place on a first viewing, though they do contribute to the film's message in less obvious ways.

Indeed, Katabuchi makes economical use of his two hour runtime; each of the various conflicts move forward steadily, independently, without few loose ends. Every facet of Suzu's story expresses a different part of the experience of wartime civilians, and at times, these arcs merge into sublime emotional climaxes. A dangerous air raid coincides with a key moment in Suzu's marriage, while another relationship resolves itself as the atom bomb falls on Hiroshima. Rarely does a major turning point in the story operate on just one level. Much of this is a result of Kouno's original story, but Katabuchi has a clear talent for pacing, and In This Corner may be his best work yet in this regard. 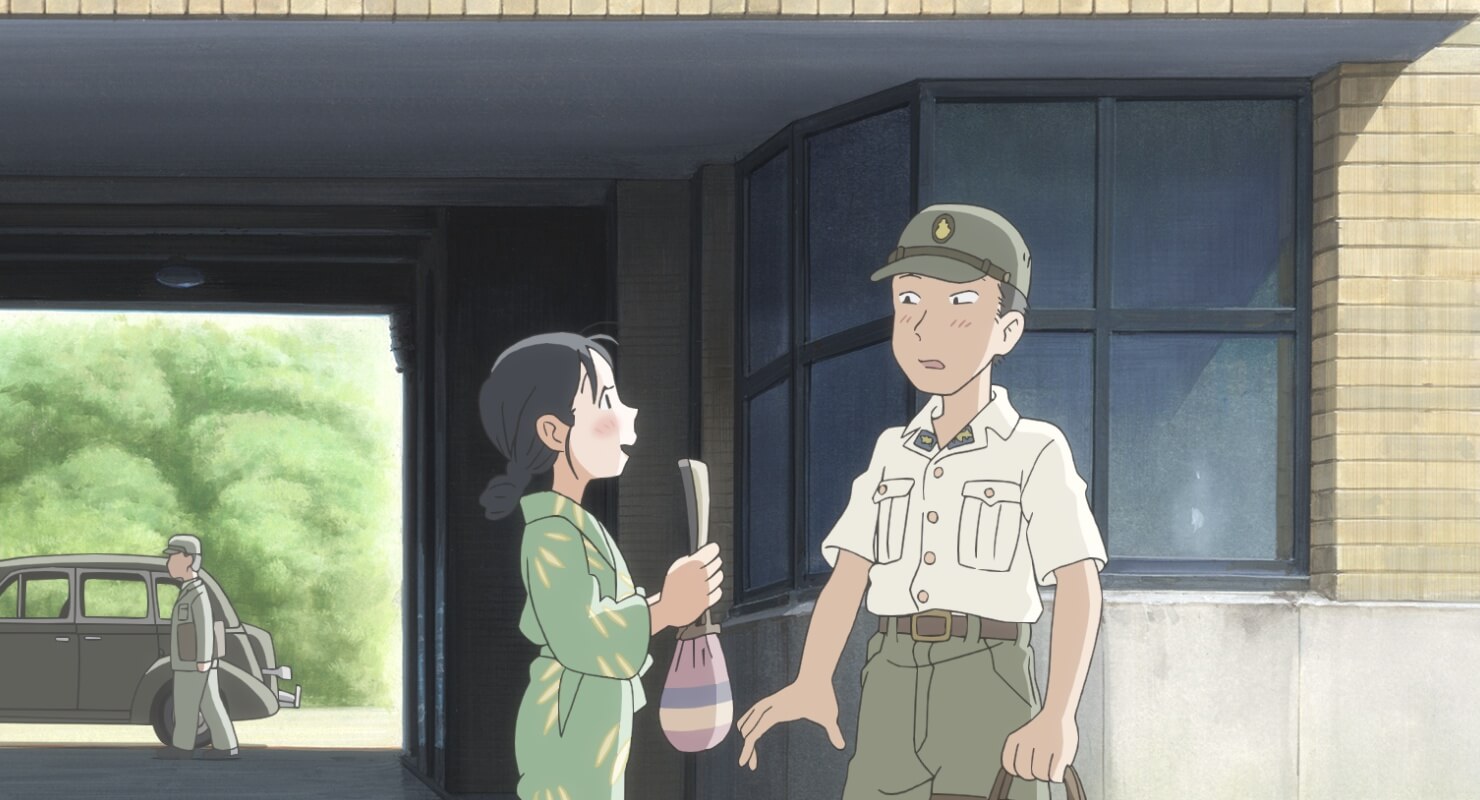 Suzu's struggles serve both as a condemnation of war and an affirmation of life. She is a beautiful, innocent soul faced with a world that seems hell-bent on snatching away any semblance of happiness she can grasp onto, be it the freedom of imagination or the belonging of family. In quietly fighting this tide, she becomes something more than herself: an avatar of the Japanese people during World War II, caught between a militaristic government and an unyielding enemy, struggling to find meaning in a life that is burning to the ground around her. After watching the movie, I am not left with a sense of the vague "tragedy" of war but of its grave injustice. Suzu deserves, as all people do, to live in a world far kinder than this one.

The few stumbles of In This Corner of the World do little to detract from its raw emotional power. This is a masterpiece of war anime destined to be remembered among the greatest stories of its kind for years to come. The film starts playing in the US on August 11, 2017, with a screening at Otakon in Washington, DC that weekend. If you have an opportunity to see it, do not miss it.