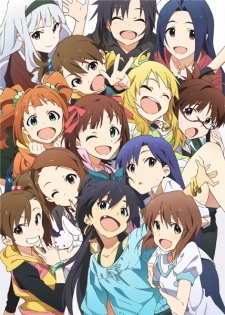 The iDOLM@STER (iM@S) is, by far, the most alienating anime I have ever had the pleasure of earning the right to enjoy. There’s very little in this show that caters to the Western anime crowd. In fact, iM@S sits at the bottom of Crunchyroll's stats with 253 viewer ratings, compared to the 1000+ vote tallies held by other popular seasonal shows. Even the total download counts for the translated television rips on other spurious anime content providers are fairly low. That the games the show is based on have only minimal presence outside of Japan is perhaps the largest barrier to entry most viewers will face.

iM@S is the very embodiment of the “otaku making anime for other otaku” phenomenon that every reportedly serious anime blogger has been decrying. Series Director Atsushi Nishigori (Gurren Lagann, Evangelion 2.0) makes his directing debut on a project that he was purportedly already a fan of, an oft-heard claim that according to cynics is an omen of an early death knell for a creative work. The first half of iM@S is largely a big anime mess that underutilizes what people actually like about iM@S, but the path to redemption this show takes in the second half is quite unlike anything I expected from a series I wrote off as an easy cash grab.

iM@S follows the story of 765 Productions, a small-time idol agency aspiring to reach the top of a competitive idol world. The show begins with the arrival of a new producer, simply referred to as Producer for the run of the series, after going through a documentary-style introduction to the 765 Production idols. As interestingly directed as the first episode is, the show slips into standard anime mode for the next seven or so episodes. iM@S doesn't really properly set itself up as a typical slice-of-life show, yet in spite of a bold declaration from 765 Productions of attaining stardom around the beginning, no discernible plot really gets going until the second half. Much of the series is episodic, with each idol receiving focus for an episode or two. Aside from the first episode, there is no introductory easing-in period for the audience to begin caring about the characters, so a solid understanding of a good bit of the iM@S esoterica is required to glean an appreciation of the finer details. Not to say that the show doesn't try to have its cast appeal to viewers, but even after I played some of the game to better understand iM@S, the first episodes still slog through a streak of some of the most uninteresting scenarios committed to animation. 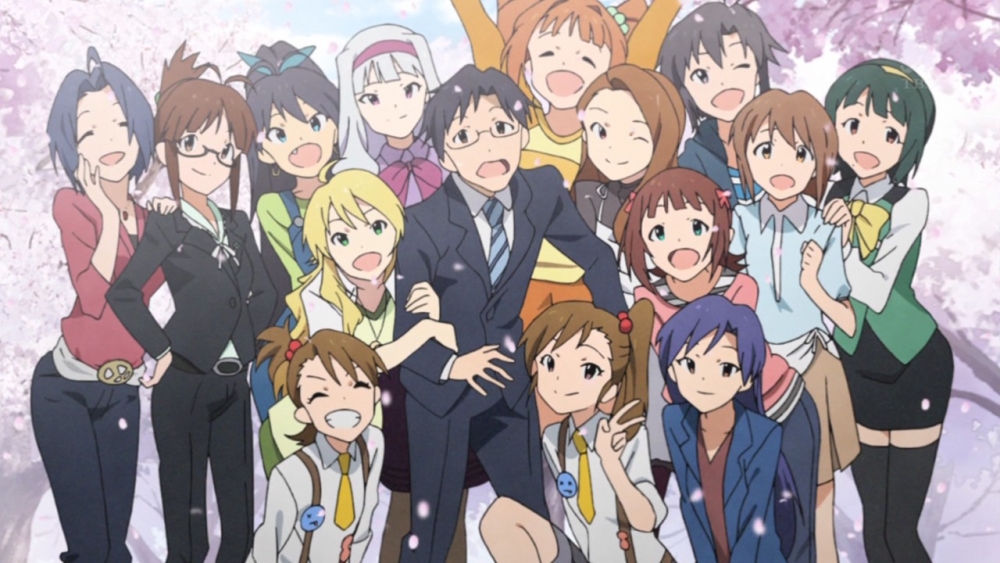 It’s not until episode 8 where the show improves and doesn’t get significantly worse. Here Nishigori and staff start feeling comfortable enough to show off their robust animation talents after lulling audiences into a fanservice coma. The writers even manage to skillfully weave in some strong story arcs and an overarching plot as the show progresses, which is probably more than anyone asked for. Truthfully, the show doesn’t actually get legitimately good until around episode 18; considering that there are 25 total episodes, that means roughly two-thirds of the show consists of arguably okay anime before it drops its best content on viewers. This might be a major problem, but the thing is that iM@S doesn’t need to attract an audience outside of its circle of devotees. The franchise is established and popular, so it really doesn't affect the target audience if a good amount of the show simply consists of side stories like finding a pudding thief or returning someone's lost wedding ring, just as long everyone's favorite characters from the game are present. Unlike other “for fans” projects, iM@S plays the fan-driven angle harder than any anime I’ve seen before, but it is as much a labor of love as it is a calculated strike on the iM@S market. This is certainly one of the better joint efforts between suits and fans who happen to be working professionals.

As an iM@S poser, I seriously envy the level of enjoyment hardcore iM@S fans would have gotten from watching this. From a technical perspective, the show is a complete success. No expense is spared in animation, especially the dance sequences which I’ve heard are actually not traced from the game animations. I'm not too big on iM@S's catalog of ani-songs, but it is extensive and well-produced (I do listen to the first opening song pretty much every day, multiple times, though). The direction picks up superbly after the first half once the show moves into its most dramatic phase as the timing and framing of each important shot is hit perfectly. It's so astounding that I was visibly moved by the events unfolding in an anime adaptation for an arcade game meant to take otaku cash hand over fist. The range of facial expressions and all of the little quirks in movement that are often cut by low-level animators convey a level of genuine emotion that few anime released within the last ten years have reached. 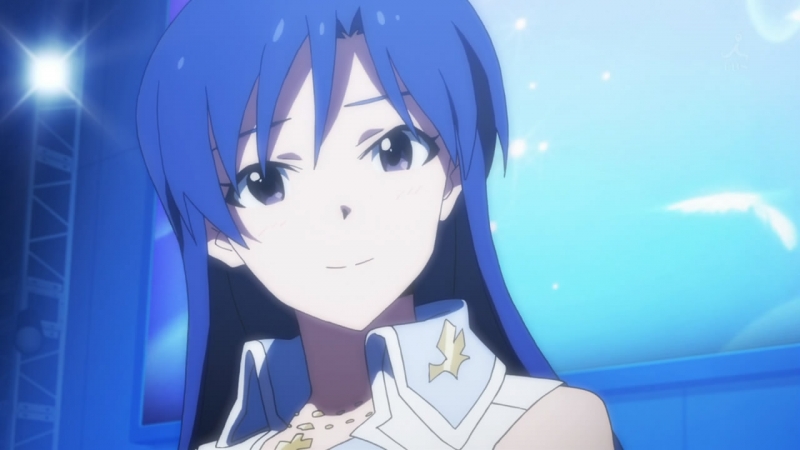 The writing doesn’t quite hit the peaks set by the direction, but still manages a beautiful usage of fantastic elements blending with the realities of the idols in key moments of introspection. It would actually be reminiscent of Satoshi Kon’s Perfect Blue, if Perfect Blue had been capable of being heartwarming. The world building is excellently accomplished through a “show, don’t tell” policy that illustrates how the rise of the idols changes the world around them. The idols are not merely told that they've become stars, they walk through the streets disguised, wary of arousing attention, while passing billboards for their latest single and seeing their music videos playing along the face of a building by the pedestrian crossing. As far removed from the proceedings as I am, I can't help but to feel proud of these characters for coming so far and developing into proper idols.

iM@S is definitely a thing that is better than it has any right to be. By the time the cathartic final concert episode arrived, I found myself fully invested in this show and the characters, even after a few false starts. This show is an event anime that will and has completely passed under the Western radar for more valid reasons than poor excuses. There are more hurdles to overcome than it might be worth to enjoy the series without previous exposure to the property, and though I praise iM@S for what it does right, it dooms itself early on by being slow to engage the audience. I do apply a minor asterisk to my rating leading to a clause that you should watch it anyway if you have the patience of a saint and an extremely open opinion of what counts as interesting subject material for anime. The iDOLM@STER challenges in the worst way possible but still rewards those who can stick through it.

This review is based on the free Crunchyroll stream of the series.