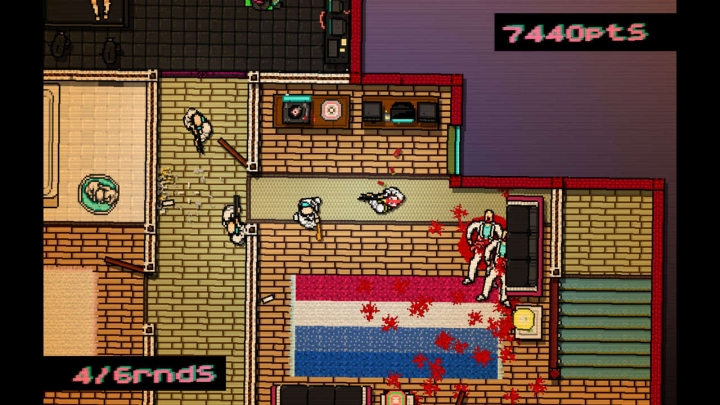 Hotline Miami is "The Elevator Scene in Drive: The Video Game."

Or, in a more staightforward sense, Hotline Miami is a 2-D, hyper-violent, top-down brawler in the vein of classic arcade games. Players receive coded messages from anonymous callers with instructions to kill hundreds of Russian gangsters. During the rampage, players wear and collect rubber animal masks that imbue their character with special skills, such as stronger melee attacks and the ability to see farther ahead. Dialogue is sparse but frequently alludes to monsters who prowl the streets and senselessly murder people. This game is definitely not for kids or the impressionable.

Where most indie games feel like they want to wrap you in a warm blanket and play acoustic versions of your favorite songs, Miami will have none of that.

Hotline Miami is a haze of '80s fetishism, at once gorgeous and difficult to stomach. The game is sweet audio-visual poison, but the gameplay is what will really wrench out your liver. Where most indie games feel like they want to wrap you in a warm blanket and play acoustic versions of your favorite songs, Miami will have none of that. Hotline Miami is wanton violence as a puzzle game, like the bloodiest game of Chu-Chu Rocket ever. Players are encouraged to be smart about their mayhem if they want to live past their first murder. Nothing in the design is accidental. Bodies never disappear, there is no reloading, and throwing guns to knock down armed gangsters instead of shooting them is a viable tactic. Enemies can die in one hit, but so can you. The game is frustrating and repetitive, and everything that goes wrong will be the player's own fault.

Hotline Miami toes the line between profound and shallow with its "show, don't tell" narrative, never really suggesting where it stands. It simply asks, "Well, what do you think?" The experience is brief, yet every second spent playing is neccessary; every moment possesses a sense of urgency that pushes players to make difficult decisions which can undo a beautiful death waltz by mere pixels. Hotline Miami is a giant dialogue tree of timed morality choices, where the only option is "COMMIT MURDER." It's better than anything BioWare has ever written, but it's also a bit of a paradox. Here's a game with a lot of purpose behind it but presented in a manner that players can react to and consider in a lot of different ways, one of which will likely be to ignore the messages. The act of ignoring, in itself, can be considered to be one of many possible narratives expected from the creators. 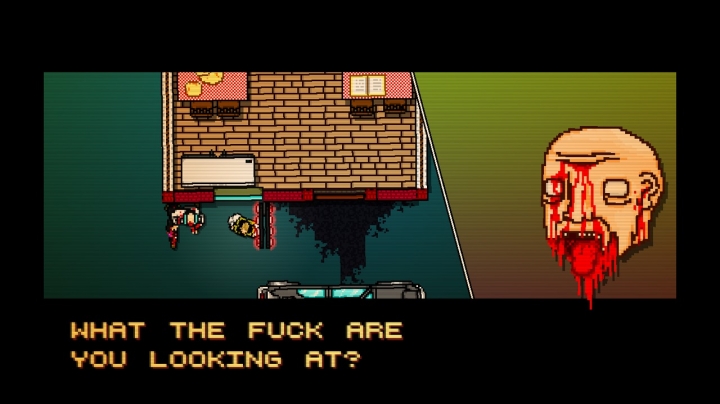 Unfortunately, Hotline Miami is prone to crashing and a few other nasty bugs. Imagine what happened to my immersion when the game froze at the end credits. Replay value is artificially boosted after seeing the credits twice and realizing formerly overlooked secret pick-up items that reveal the true resolution to the story. It's exhilarating to revisit places that once seemed impossible and breeze through them now that you're a well-greased killing machine, but there isn't much incentive to continue playing beyond the time it takes to reach the alternate ending.

I don't have the time or money to play video games like I used to. Of all the games released in the year 2012 that I can remember playing, one felt like I had accidently wandered into an intimate folk rock concert where I didn't know anyone (Sword & Sworcery, which I also reviewed), and the other was a novel in which I pushed buttons to flip the pages (Analogue: A Hate Story). I'm grateful to be reminded from time to time that video games can be about more than reading, hand-holding, and good feelings. Hotline Miami is easily my Game of the Year. 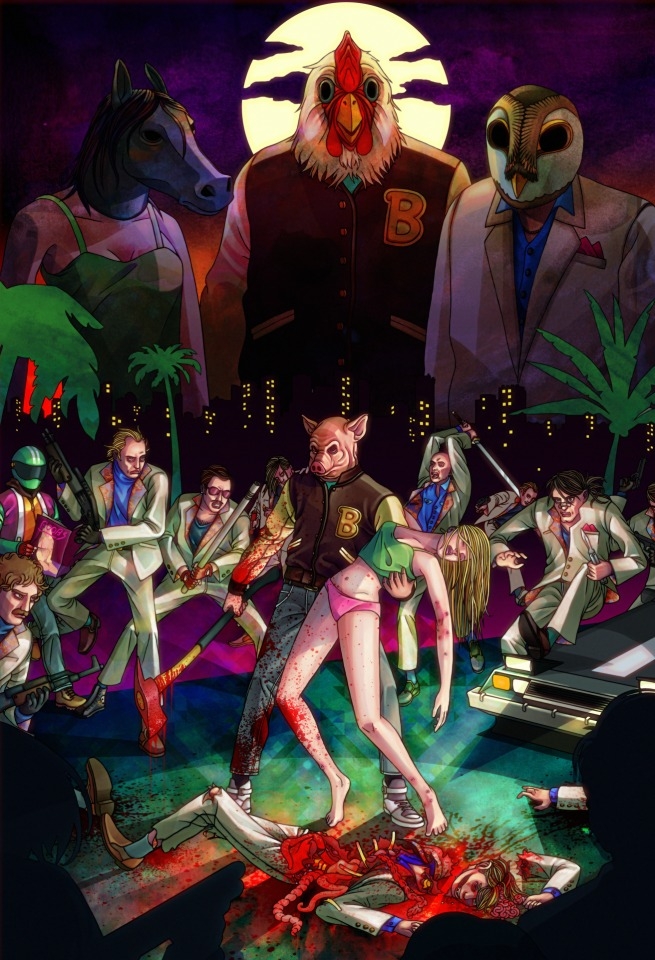 This review is based on a digital copy purchased on Steam by the reviewer.